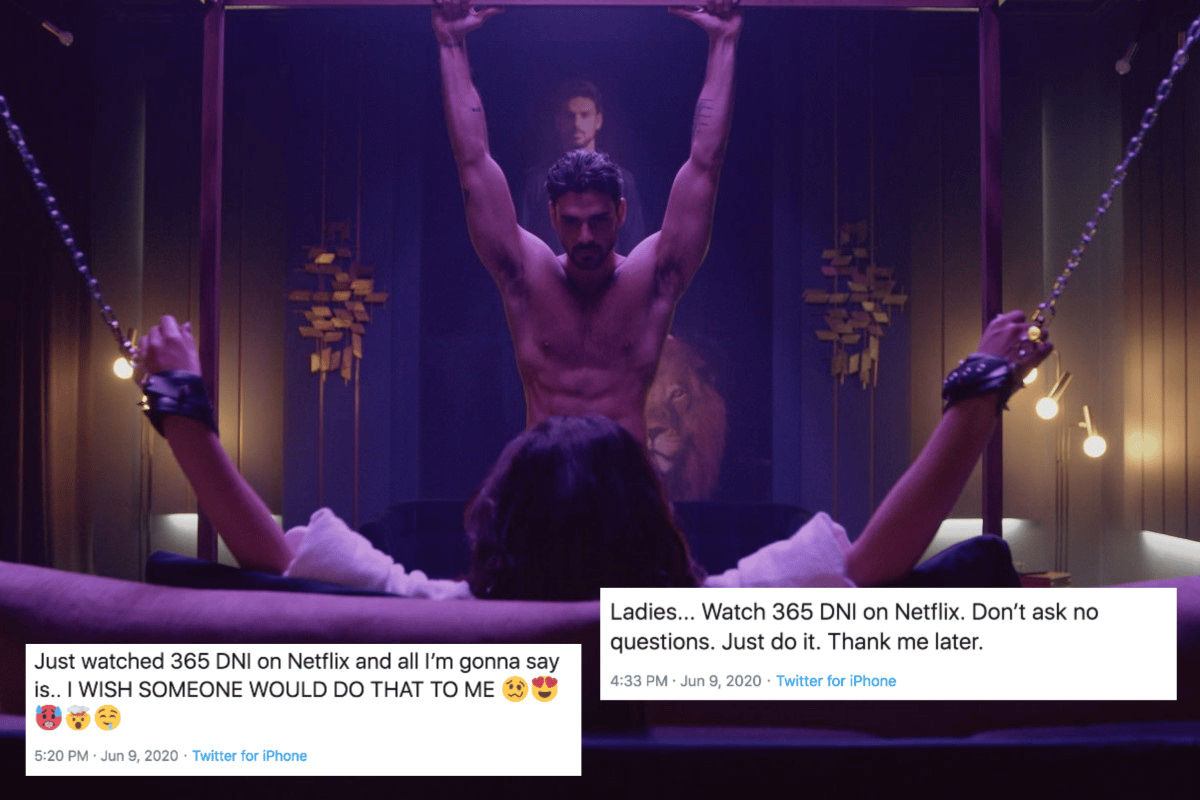 This week, Netflix released raunchy new film, 365 DNI. And people are losing their minds over it.

The Polish film, based off the book series by Blanka Lipinska of the same name, is said to be a better version of Fifty Shades of Grey and is currently the #5 trending movie on Netflix Australia. The movie follows a sales executive who travels to Italy to save her relationship, when a mafia boss kidnaps her and gives her 365 days to fall in love with him.

Watch the trailer for 365 DNI here. Post continues below.

And while many have shared that the plot is mediocre (problematic), it's more than made up for with sex scenes. Explicit sex scenes. So explicit that some viewers are concerned it's too risque for the streaming service.

But the people who loved the sex scenes far outweighed the ones who didn't. And thank you for letting us know.

Here are the best reactions to the sexiest film on Netflix right now.

So I think every girl should go and watch 365 DNI on Netflix, it’s the better version of 50 Shades of Grey, 10/10 recommend

If y’all haven’t watched 365 DNI on Netflix get on ittttttt pic.twitter.com/6EPYUOrD6C

Me running away from Massimo when he tries to kidnap me #365DNI pic.twitter.com/Wb32ZIvQXH

That was the break from reality. I need. 🥺. ‘You lost baby girl’

How many times have I watched #365DNI on Netflix these past 2 days? 😍👅 pic.twitter.com/RtofAPx5pA

Me waiting on Massimo to come kidnap me and tell me I have 365 days to fall in love wit him🥴 #365dni pic.twitter.com/3chkpBETZ3

Highly recommend 365dni on Netflix some of it is in a different language so you have to be okay with reading subtitles for a little 😂 BUT UGH WORTH IT.

I'm late but umm... this Massimo dude be looking 👀

Excuse my thirstiness but when and where is he exactly going to kidnap me?#365DNI pic.twitter.com/f9E9KZcCEz

Started watching #365dni and omg I wasn’t expecting it to be that graphic that fast. Make sure the kids are in bed!