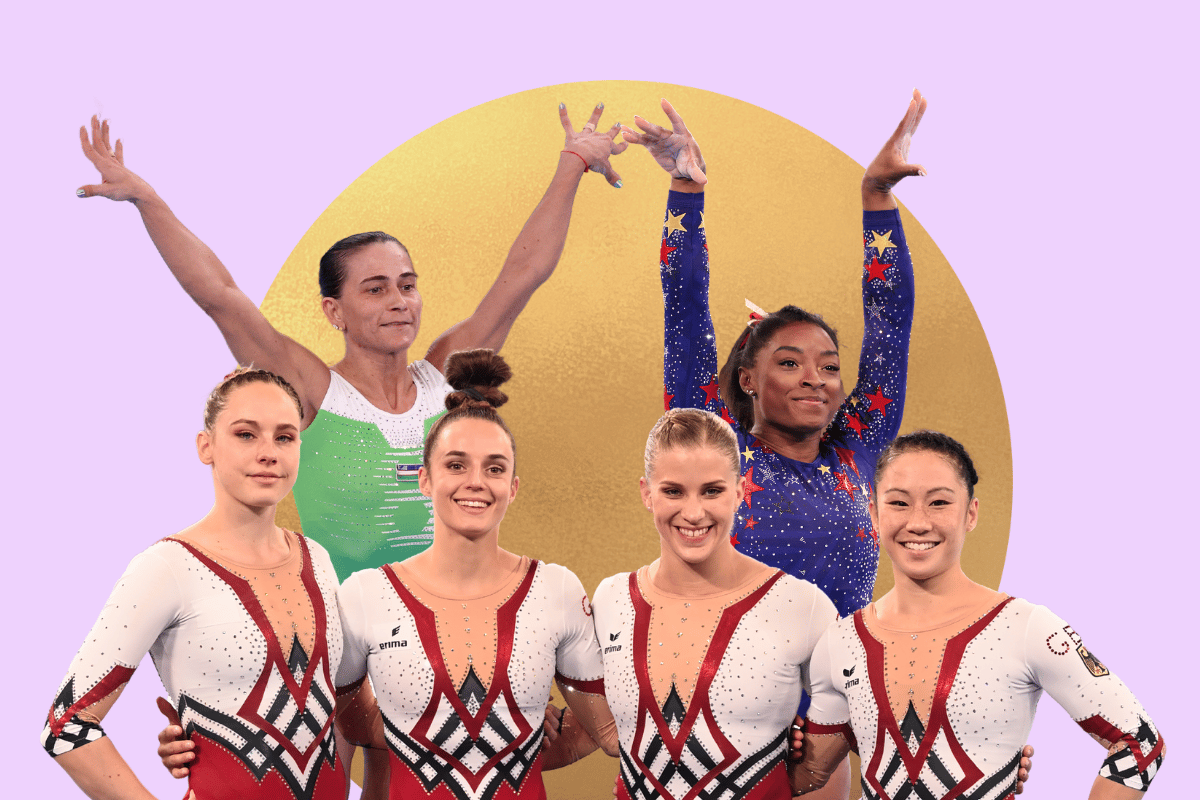 Right now, women in gymnastics are shaking things up.

At a time when athletes from all over the world are competing for Olympic medals, female gymnasts are spearheading big changes that will go down in sporting history.

Whether it's standing against 'sexualisation' in the sport or calling out the point scoring rules, athletes like Simone Biles and the German women’s artistic gymnastics team are taking a stand against the status quo.

The German women’s artistic gymnastics team have taken a stand against 'sexualisation' in the sport by encouraging women to wear what makes them feel comfortable.

On Sunday, the four women chose not to wear the traditional bikini cut-leotard and instead, stepped out in long-legged and long-sleeved unitards in the qualifying rounds.

The team had previously worn unitards at the European Artistic Gymnastics Championship back in April, which the German Gymnastics Federation said was done to defy "sexualization" in gymnastics.

However, it was the first time the attire was ever featured at the Olympic Games.

"We wanted to show that every woman, everybody, should decide what to wear," Elisabeth Seitz said on Friday after her team wore unitards to a practice session in Tokyo.

Her teammate Sarah Voss said they weren't sure they would wear them in Sunday’s competition until they spoke about it the meeting before.

"We sat together today and said, ‘Okay, we want to have a big competition. We want to feel amazing, we want to show everyone that we look amazing'." 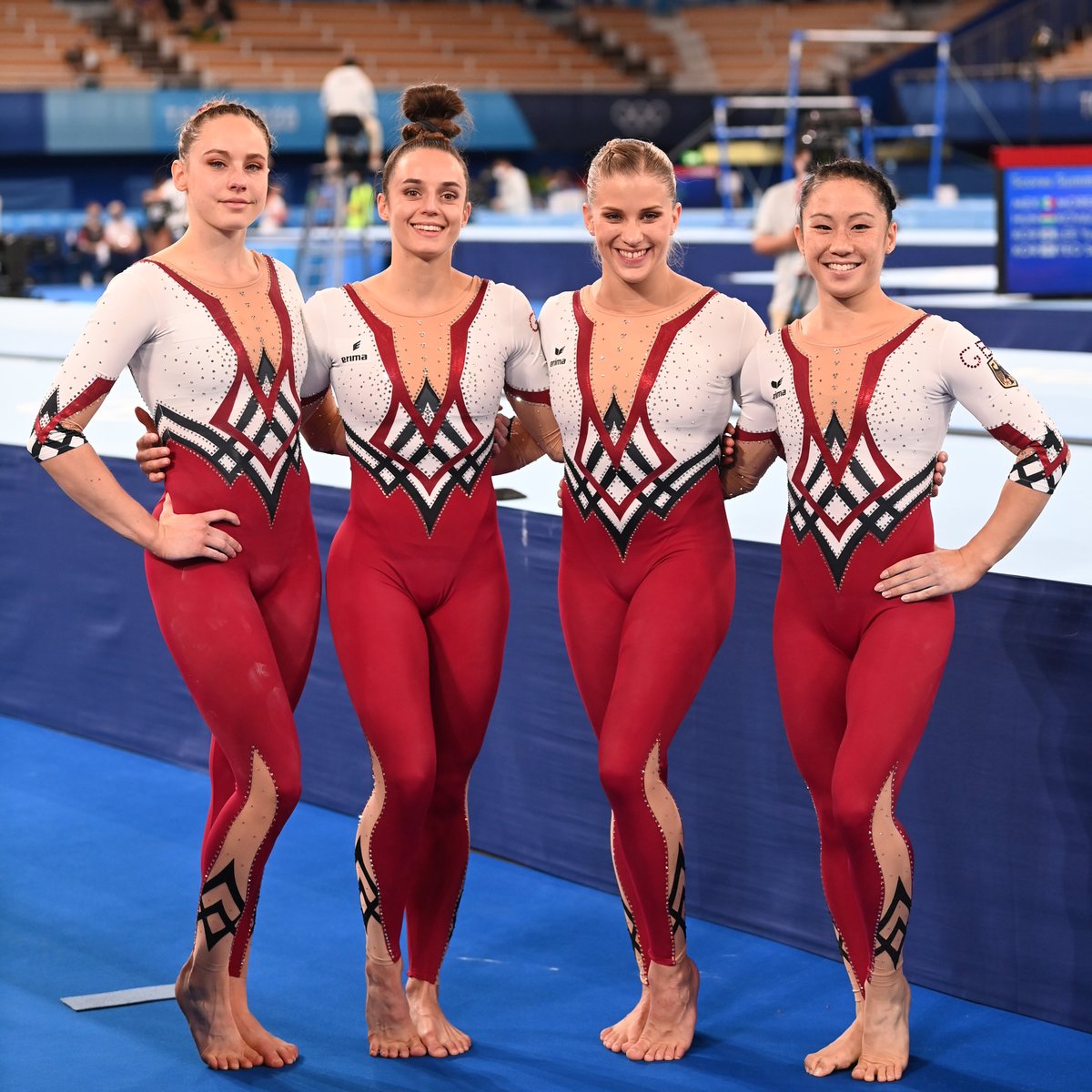 For those who don't follow the sport, male gymnasts usually wear either loose fitting shorts or full-length pants, while women and girls have typically worn leotards for decades.

"In the sport of gymnastics it gets harder and harder as you grow out of your child’s body. As a little girl I didn’t see the tight gym outfits as such a big deal. But when puberty began, when my period came, I began feeling increasingly uncomfortable."

Over in America, Olympic medallist Simone Biles has also been calling out issues in the sport.

The 24-year-old, who is the most decorated gymnast of all time and known for smashing limits, has continuously spoken out against the 'unfair' point scoring rules.

Back in 2019, many believe that Biles wasn't awarded the full value of her double-twisting, double somersault dismount off beam at the world championships.

"They keep asking us to do more difficulty and to give more artistry, give more harder skills," she told NBC after the International Gymnastics Federation women’s technical committee announced what point values would be awarded to new skills.

After the decision was heavily criticised, the women’s technical committee (WTC) offered an explaination in a statement.

"In assigning values to the new elements, the WTC takes into consideration many different aspects; the risk, the safety of the gymnasts and the technical direction of the discipline," the statement read. "There is added risk in landing of double saltos for beam dismounts (with/without twists), including a potential landing on the neck.

"Reinforcing, there are many examples… where decisions have been made to protect the gymnasts and preserve the direction of the discipline." 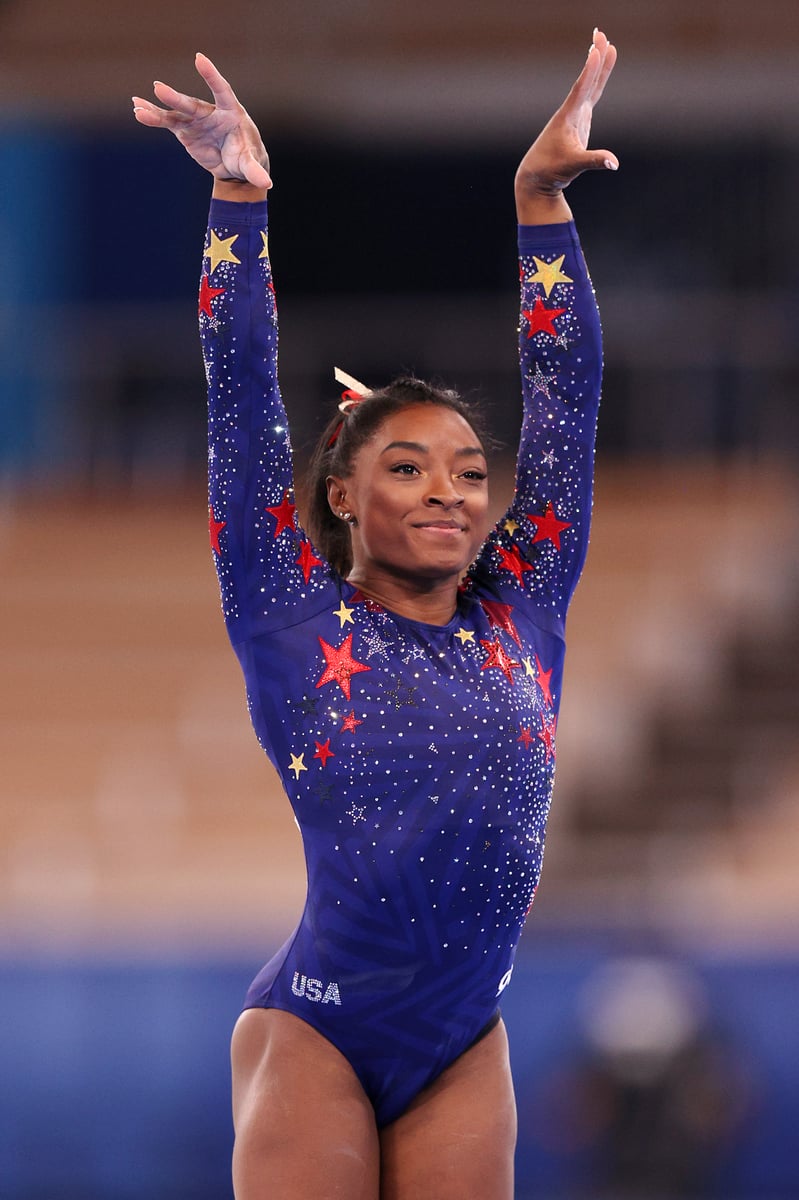 But speaking on the Facebook Watch docuseries, Simone vs Herself, Biles suggested there was another reason she wasn't awarded the points she deserved.

"I'm almost 99.9 per cent sure if any other athlete were to do it besides me, they would give it correct credit," she explained. "But since I'm already way ahead of everybody, they want to pull it back."

"Sometimes they don't think it's fair that I win all the time," she added.

This year, all eyes are on Biles as she is expected to pull off the extremely difficult Yurchenko double pike, which she landed at the U.S. Classic back in May.

At the time, Biles made history as the first woman to land a Yurchenko double pike in competition.

The first woman in history to land a Yurchenko double pike in competition.

Last year, USA Gymnastics wished Biles happy birthday on Twitter writing, "HAPPY BIRTHDAY to the most decorated gymnast of all time... We know you will only continue to amaze us and make history".

Taking the opportunity to shine a light on the abuse allegations, Biles responded "how about you amaze me and do the right thing… have an independent investigation".

how about you amaze me and do the right thing... have an independent investigation https://t.co/58Gc9QUk76

This week, ﻿Oksana Chusovitina made history when she represented Uzbekistan in vault qualification.

Not only did the 46-year-old become the oldest female gymnast to ever compete in the Olympics, she also set a gymnastics record by competing in her eighth Olympics in a row.

While she may have missed out on a spot in the final, Chusovitina proved age is no barrier in a sport, which most elite female competitors retire from in their twenties. 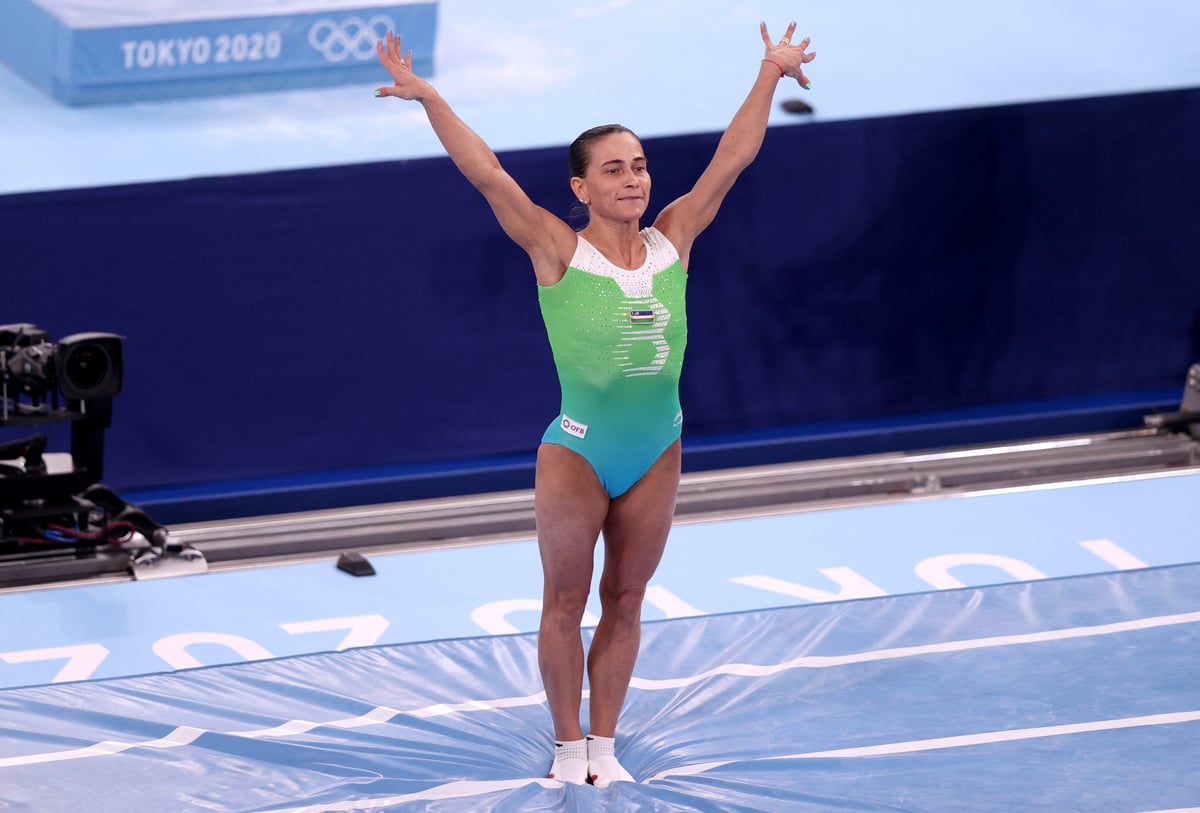 Chusovitina first competed at the Olympics in 1992 in Barcelona when she just 17 years old. Since then, she's gone on to win 11 World Championship medals, including four golds and was named Uzbekistan's Best Athlete of the Decade.

However, after almost 30 years since her Olympic debut Chusovitina announced she would be retiring from the sport.

"I’m saying goodbye to sports," said Chusovitina, who was given a standing ovation in Tokyo.

"It’s kind of mixed feelings. I’m alive, I’m happy, I’m here without any injuries, and I can stand on my own."