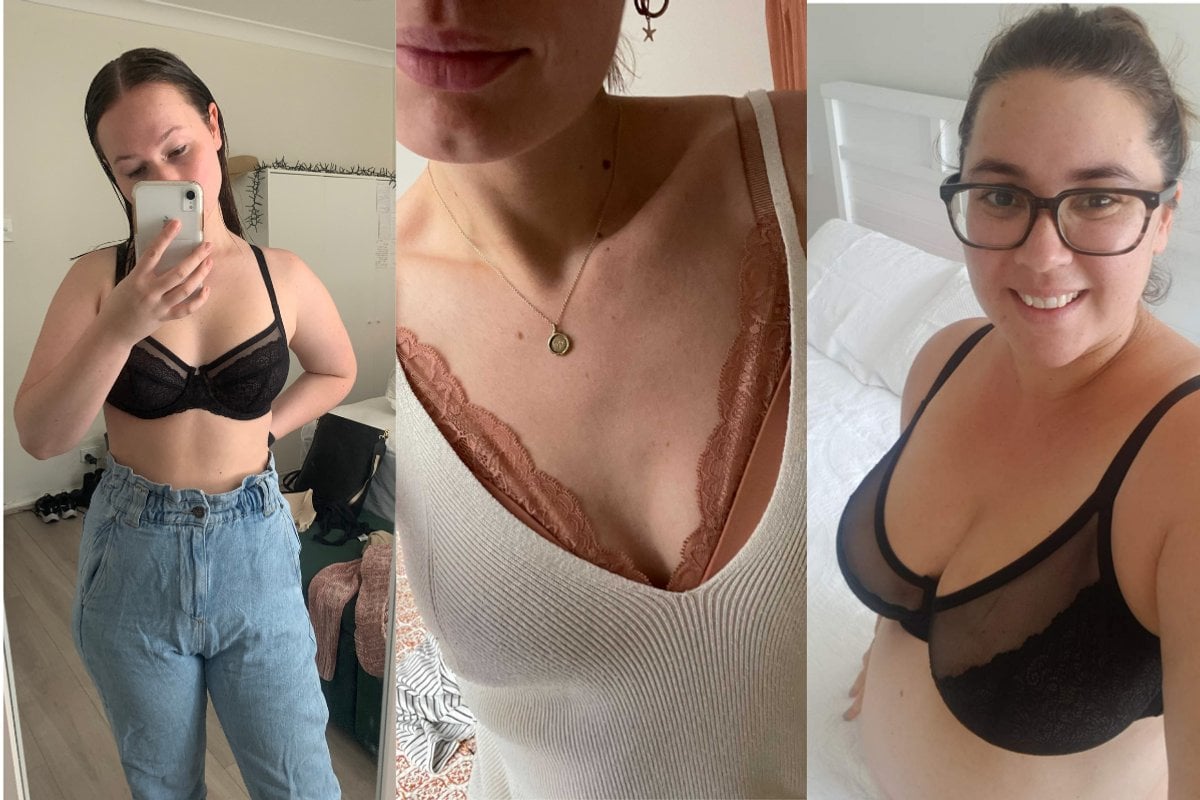 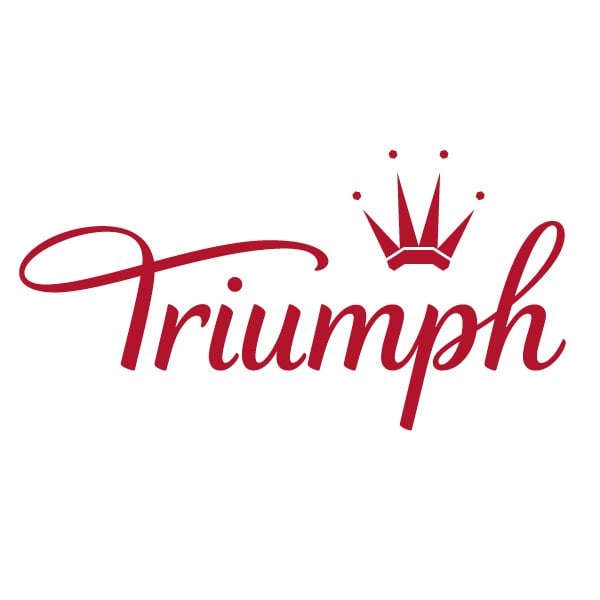 As women, our bodies are pretty powerful.

They fight diseases, get us from A to B, let us enjoy delicious meals, and even create life.

It's really a no-brainer. Our bodies are constantly working to keep us alive and we should love them as such. But, despite it all, our relationship with our bodies is still pretty complicated, at every age and stage.

So we asked three women to tell us about their relationships with their bodies at different points of life.

What influenced you to see your body as more than a vessel to 'do life' in? How has it changed? And what made you love it?

Ever since I can remember, my boobs have always changed sizes.

When I was about 19, I went on the pill and they grew - A LOT. All of a sudden I had massive boobs and no idea what to do with them.

About a year ago I went off the pill, and kind of forgot that my boobs had grown so much when I first went on it. It had been a long time, so surely my boobs would stay the same? I was very wrong!

I dropped almost 3 bra sizes - from a 10E to a 10C in 6 months. Which left me very confused, and also on the hunt for new comfortable bras to fit my new, smaller sized boobs.

When the opportunity came to trial Triumph bras - I was very keen, as I’ve been constantly searching for new comfortable bras that I can wear under everything.

I prefer wire free, but they still need to have support and fit well. I’ve tried sooo many different brands but have found it hard to find the perfect fit.

Then I tried the Amourette Charm Wirefree Bra, and I’m not lying when I say it’s PERFECT. 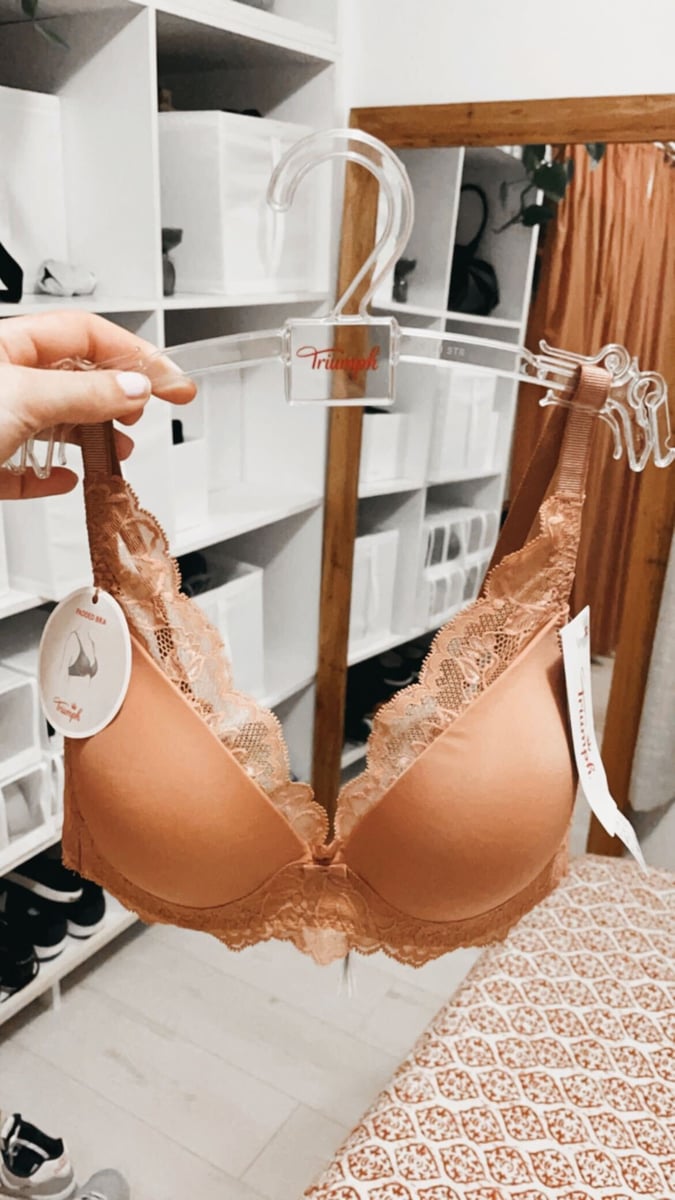 Literally everything I’ve been looking for. It’s incredibly comfortable (if I could marry a bra, this would be it). It’s wire-free but still supportive AND the lace makes it feel nice, and not just boring and daggy.

I chose the rust colour as you can wear it under anything - it blends in under whites but is also fine to wear under blacks - and any other colours in-between.

It feels sexy to wear, but oh-so-comfortable too.

It sat perfectly under t-shirts, which meant I didn’t have that visible bra line, but I also found that the lace is so nice that under singlets it’s ok to have a cheeky bit showing too.

Honestly I can’t rave about this bra enough. I’ll be buying one in every colour I can and wearing them on repeat. 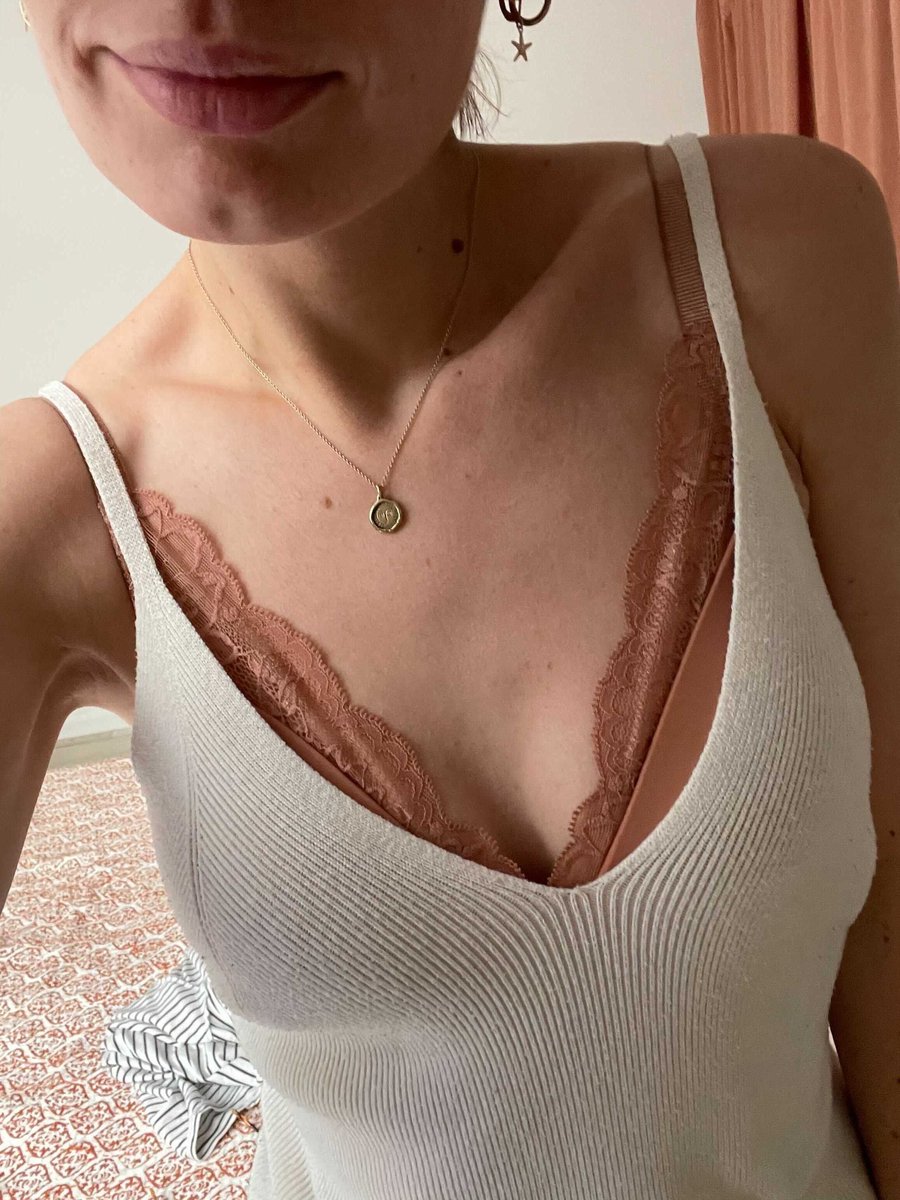 Growing up, my body was nothing more to me than a vessel that allowed me to play sport, sing in the shower and eat my favourite foods.

My legs helped me win regional soccer finals, my voice helped me become Vice Captain at school and my arms hugged my friends when they were teased by the boys.

My body was just that: my body. Until Year 6.

The day after I played a cat in a school musical production one of my best friends made a comment about my boobs – "My Dad said you’re going to be a very well-developed young lady by the size of those!" she laughed and pointed at my chest.

I wish I knew better and told her that it sounded as though her Dad spent the night of the musical ogling at young girls’ chests but instead, I cried.

I developed a lot earlier than other girls my age. I got my period at the end of the Christmas holidays when I was only 11 and my little breasts were more visible in a Lycra cat suit than my friends’ were.

But it had never dawned on me that I was more developed, it was just my body. That moment on the basketball courts in Year 6 was the catalyst for a lifelong battle with my body and the insecurity I felt about the way it looked.

By the time I was 20, I loathed my reflection.

So much so, that after my 21st birthday, I vowed to never look that way again. By the time I was 22, I had lost 23kg and felt unstoppable.

A wider range of clothes fit me, my skin was glowing and my hair was silky. Attention from the opposite sex was a daily thing and going out dancing in heels was effortless.

I finally looked the way I had always wanted to and knew that other people approved of it too. A pivotal moment in my life, however, my former self-confidence troubles would be something that would return to haunt me – I gave birth to my first daughter.

My pregnancy was an absolute dream and the birth was beautiful. Holding my darling little girl in my arms was surreal and nothing could burst my baby bubble. Until I looked in the mirror one day when she was sleeping and saw my sagging boobs and squidgy tummy.

Everything I had read talked about my body while I was pregnant, not after. I wasn’t prepared for the changes I would experience after pregnancy. I was mortified.

For years after my daughter was born, I would try almost everything under the sun to lose weight but I grew to accept the fact that I would never like the way I looked again.

But then I was given the very much yearned-for gift of our second baby girl 9 years later.

By then I had just ‘fallen into’ my body. I washed it, dressed it, and hauled it to work, sometimes in sparkly shoes if I was having a good day. But this baby, she did something to me. She made me look at myself as lucky, so lucky.

I was healthy, able and finally carrying the baby that would complete our family. Although my tummy was still squidgy and my boobs were a little lower than before, I was proud of my body.

My belly gave my baby a home and my breasts gave her nutrition and life. Those things are nothing a cute flowy dress and well-fitted bra won’t fix.

Today, I look at my almost 10-year-old daughter and see myself. She’s got her crop top on, trying to hide her developing breasts. She says she is embarrassed about them but I tell her she’s beautiful – her body will become her best friend when she least expects it.

My body was fairly prescribed from puberty onwards thanks to my mum’s genes.

For as long as I could remember, I was genetically stick-thin no matter how many bowls of plain pasta I would plough through.

So, when I started the pill at 15-years-old and my self-prescribed body changed, I felt like a part of my identity changed too.

Perhaps surprisingly, I found the curvy hips and bigger boobs exciting. I spent a large majority of my life very skinny, and I loved the feeling of my curves. It was like it signified my adulthood.

But of course, there were the usual insecurities that came with being a teen.

All through school I tiptoed between feeling confident having gained some more “shape” and uncomfortable with how my clothes didn’t fit the same way they used to.

As the years past and I left high school, things changed.

Working in women’s media and consuming plenty of body positivity content, my relationship with my body felt indestructible.

Then, the pandemic hit and I realised my relationship with my body was more complex than I realised.

I was in a new relationship and staying at home with minimal exercise and lots of snacking. I gained weight freely and quickly.

Lingerie I bought in January when I was fresh out of a relationship didn't fit anymore just two months later, and I had never worn it.

I thought I was lucky to have gotten to the end of my teens having had a relatively uncomplicated relationship with body image.

But at 19-years-old, locked down with my very fit boyfriend and flicking through old photos of me at the beach, I had my first body-related crisis.

It's been a year since then, and I've grown to love and nurture my body as it is today. When I was offered the chance to try out a Triumph bra, I was thrilled.

I trialled a size up from what I was used to; a 10D, and I was filled with confidence to see how comfortably it fit. 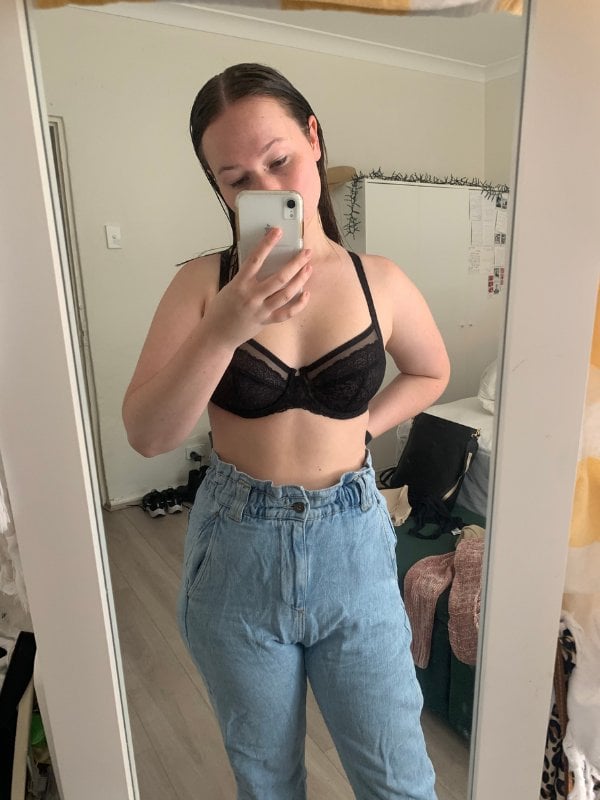 As cheesy as it sounds, biting the bullet and buying the size up in a new bra really did make all the difference.

Instead of squeezing into too small underwear and bulging in all the places I feared, I felt like my usual sexy self!

Triumph know women and they know beautiful lingerie. An international brand with an incredible heritage, they have perfected bras for women of all shapes and sizes since 1886. They know that a great silhouette starts with the right foundation, and the right fitting bra can make all the difference. That is why they are known as the bra fitting specialists. Creating innovative, high quality and feminine designs, Triumph offers a variety of products and styles that support women and their multifaceted lives – from sport to maternity, everyday t-shirt to minimiser. Find your Fit with Triumph au.triumph.com