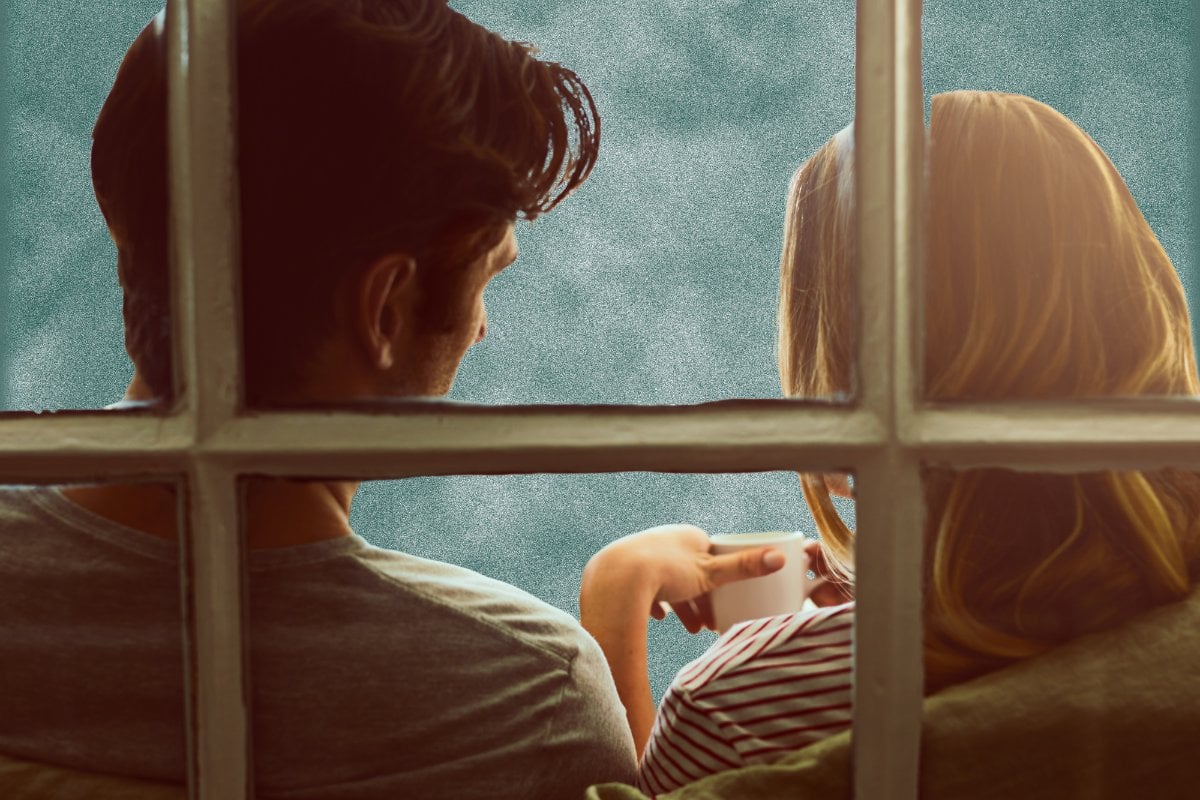 Sitting beside Ana, on a matching wicker deckchair angled in such a way as to encourage conversation between the two people occupying them, is the wrong man.

If I told him, she wonders, would it ruin my life?

She opens her mouth and closes it again. Picks up the glass of riesling to her right and takes a sip. This moment is almost perfect. The southern New South Wales sky is fairy-floss pink and a warm breeze tickles her hairline. It’s starting to smell like summer – citronella and faraway traces of backburning. The kids are at their grandparents’ until seven. Billy, the dog, is curled up beside her, waiting for dinnertime. She lives in the house with the swimming pool and the French doors and the deck looking out onto dense bushland, just like she’d always wanted. The deck he’d built with his calloused hands. She looks down at the dark timber panels.

The foundation upon which her whole life has been built. He’d tell her that if you muck around with the foundations of anything, the structure will collapse. And you’ll have to start again. ‘Not very efficient,’ he’d mumble, before climbing into his truck to tear down a perfectly beautiful cottage to make way for a lifeless monstrosity.

She hears him breathe a forced sigh from the chair beside her and fury rises in her chest. For a moment she thinks she might hate him, and then remembers, slowly, that she doesn’t.

If you asked Ana what her first memory was, she’d answer like she’d been thinking about it. She’s in her Baba’s backyard and there’s a hole in the fence and she can see a spider. It’s growing. Getting bigger and bigger. But the memory isn’t really about the spider. It’s about the people behind her. Her Baba and Deda. The way Baba always shook her head when Deda made her laugh. How she sat with her knitting needles and yarn, lost in her fingers, while he sat across from her, reading another book about World War II. And how one of them would look up, every so often, and smile at the other. As if to say: Even after sixty years, I miss you when you’re someplace else.

That’s what love is to Ana. Her parents were the same. And Ana, for most of her marriage, had been the same. Until it all went wrong. Tonight, as tended to happen, the tone of the sky changes, a reminder that some things don’t stay good for long. Twilight falls and darkness envelops the bushland laid out before them. With her elbow propped up on the dusty armrest, her head resting heavily on her hand, she notices things she hadn’t before.

The breeze has begun to bite, its coolness snatching the colour and warmth from her legs. The ice cubes in her riesling have melted faster than she drank – the remaining two mouthfuls will taste more like water than wine now. The glass itself is chipped, which she ordinarily wouldn’t notice, but the light has turned ugly and suddenly everything looks much worse.

In half an hour, the kids will be home and then she’ll serve dinner and yell at them to help her wash up while already doing it all herself. She’ll tell Rachael to have a shower and Rachael will lie and say she had one this morning and then she’ll say, ‘No you didn’t’, and Rachael will ask if she is calling her a liar. And then the kids will go to bed, closely followed by Paul who has the sleeping patterns of a ninety-year-old man, and she will sit on the lounge and half-watch some late-night American show full of jokes she doesn’t understand.

And then she will turn it off, climb into the left side of a bed that never feels big enough and think to herself, I married the wrong man.

And as she drifts into sleep, she’ll be given the space she’s desired all day to think about the one thing she isn’t really allowed to.

It is a Saturday night when she feels it for the first time. Paul, her husband, asks her to pick him up from the golf club. He's there with Rob, a friend they've both known since school.

Rob notices her before Paul does.

And that’s when she feels it. But how to put it into words. A bird trapped in a too-small cage, its wings thrashing the metal bars, fast and certain and unrelenting. Then there’s a drop. The feeling of drifting off to sleep and you’re falling but you don’t know quite where and what will happen if you hit the bottom.

Has he always looked like that? His hair has grown longer – is that it? His neck looks narrower, his Adam’s apple bulging from its base, giving way to a wide chest she thinks she might like to touch with her fingertips.

But it isn’t how he looks. It is the way he stands up. The way his arms move and the way his spine rolls and his chin lifts as she walks towards him. She can’t tell where she feels it. In her stomach, maybe. In her lips, curling upwards. Behind her eyes, whispering thoughts that feel like a different language but which she understands anyway.

The translation, though imperfect, is something like the word ‘possibility’. All she knows is that this is a feeling she thought belonged in adolescence. But now it is back, and energy and life emanate from this six-foot-two man in front of her who she’s known since she was eighteen. It feels dangerous and it steals her breath for a moment. She hates it but also wants to feel just like this every day until she dies.

His eyes stare into her as he says, ‘Hello again!’ and bends down to embrace her in a hug and plant a warm kiss on her left cheek. She feels his hard chest on hers, curses herself for the second time that night for not slipping on a bra on her way out.

Paul doesn’t get up but pats the bench next to him, indicating for her to sit down. She slides in next to Paul who clumsily kisses her cheek, and Rob sits back down opposite them.

They only speak for about ten minutes. Rob asks about Rachael’s netball but it feels like they’re not talking about netball at all. He laughs at her in a way no-one else does, and when he speaks, he looks only at her. As though Paul isn’t sitting just to her left.

But it’s getting late and Paul has to be up early for Sunday morning soccer, so they walk together to the carpark and say goodbye. Rob wraps his arms around her, his cologne – woody and expensive smelling, maybe Armani – sets on her spaghetti stained cotton jumper. She knows she won’t see him for a long while. He lives more than 8000 kilometres away.

Driving home, she barely says a word to Paul. She is with someone else in her head. And when she walks back through the door, she tosses the keys on the kitchen bench and decides not to shower or change into her pyjamas. Instead, she crawls into bed wearing her dirty oversized jumper that smells like something new and old and far and close.

She is still when Paul climbs in beside her. She lies there all night, unable to get comfortable, until the sun begins to creep under the curtains and lively birds start to whistle, as though trying to trick her into believing that today will be no different to the one before it. But somewhere between two and three in the morning, she’d realised that things could never be the same again.

It is like one of those optical illusions, where all of a sudden you can only see the faces and not the vase and, no matter how hard you try, you can’t switch back.

You’re stuck looking through the world with different eyes at an image that no longer makes sense.

This is an edited extract from Heartsick by Jessie Stephens, published by Pan Macmillan, RRP $34.99. You can purchase Heartsick from any good bookstore or online. 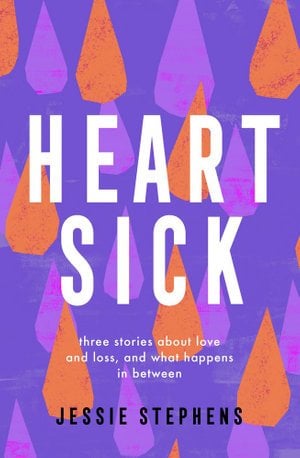