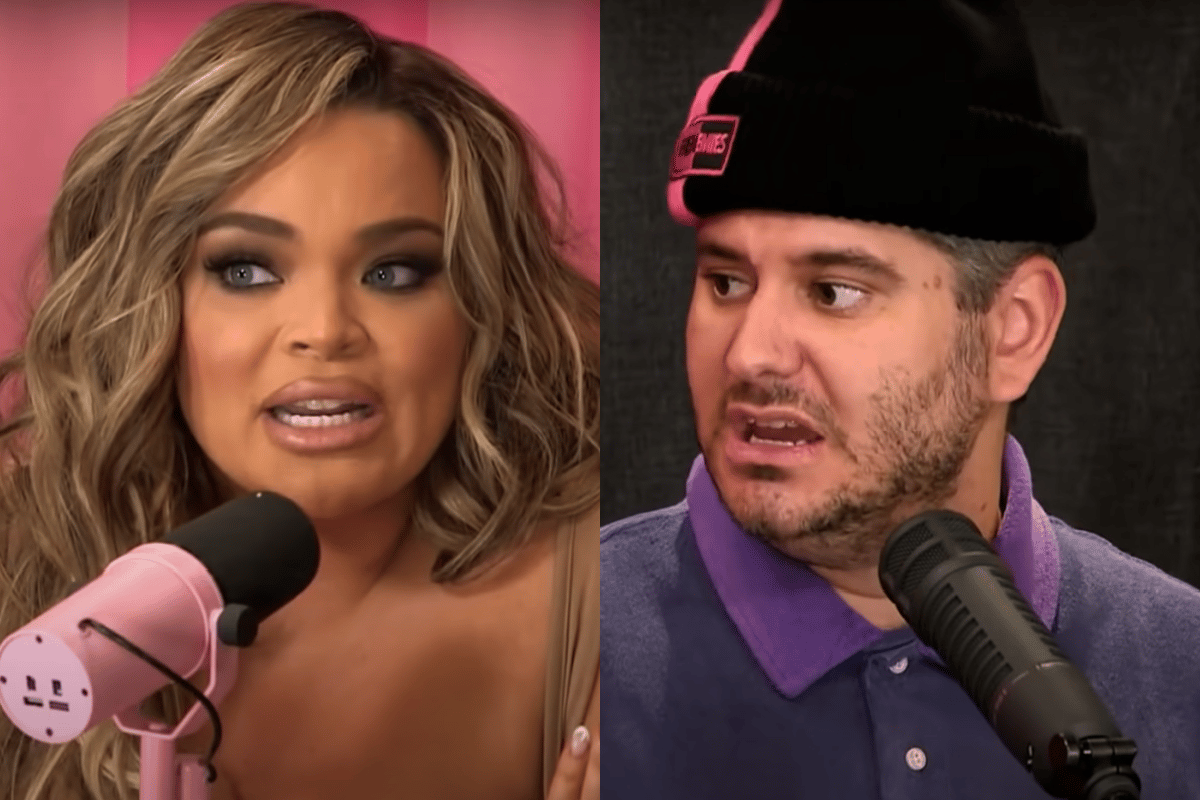 For months, Frenemies was one of the biggest podcasts on the internet.

Hosted by h3h3Productions star Ethan Klein and internet personality Trisha Paytas, each episode of the podcast has received two to five million views on YouTube alone.

Born from a controversial public feud between the pair, the podcast was an unexpected hit, dominating social media platforms including YouTube, TikTok and Twitter.

But this week, it all fell apart.

BREAKING NEWS THAT WILL MOST DEFINITELY CHANGE YOUR LIFE: It appears the Frenemies podcast is over. The latest episode of the podcast ended abruptly, and H3 later shared in a tweet it would be the last episode. pic.twitter.com/INyGApSqP0

Following an explosive argument on their most recent episode of the podcast, Paytas – who uses they/them pronouns – announced their departure from the show.

"I slept on it, and even before sleeping on it, I had this feeling in my heart that I need to step away from Frenemies and it's really with a heavy heart that I say that."

Since then, the falling out has spilled online, with both Klein and Paytas opening up about the end of Frenemies on YouTube and Twitter.

Here's how the drama unfolded.

Wait, remind me. Who are Ethan Klein and Trisha Paytas?

Before we dive into the demise of Frenemies, it's important to know the context around the show.

Ethan Klein and his wife Hila launched their YouTube channel, h3h3Productions, in 2011. After building over six million subscribers on the channel with their sketch comedy and reaction videos, Ethan and Hila launched the H3 Podcast.

While the podcast originally began as a weekly interview series in 2016, the show has since grown exponentially to become one of the most popular podcasts on the internet. 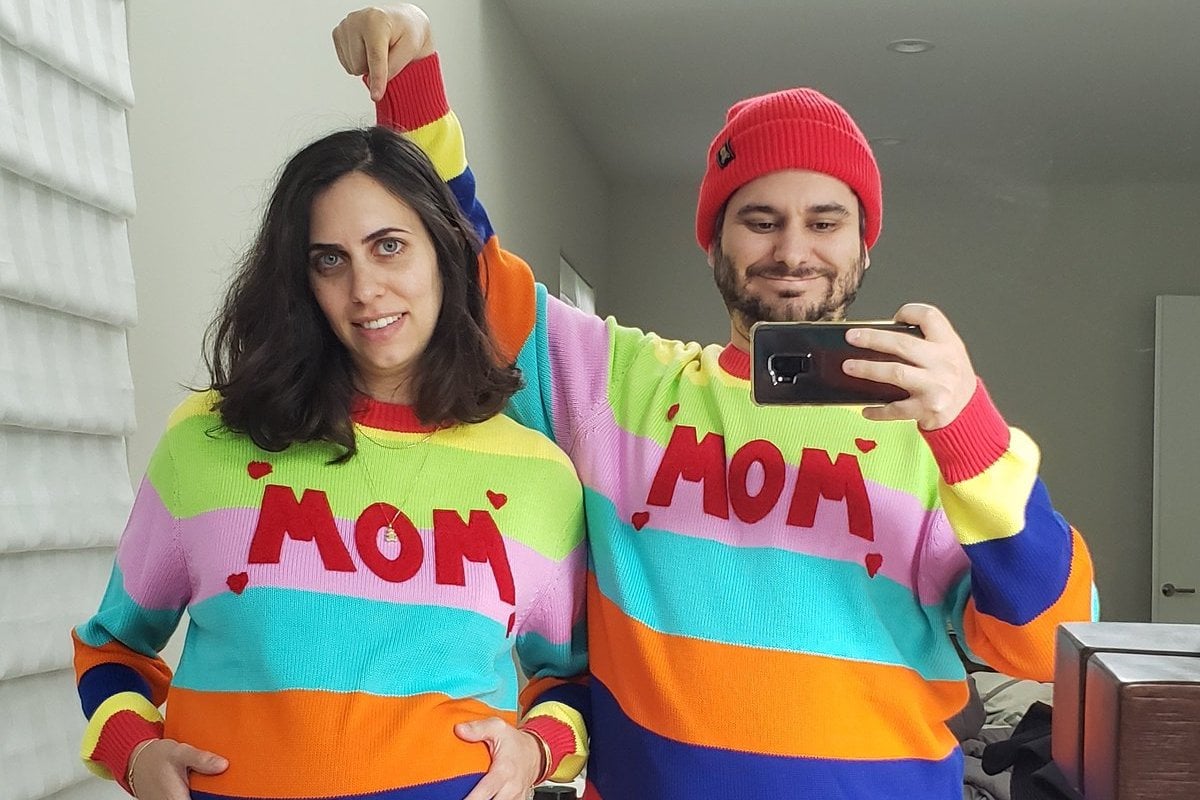 As of 2021, Klein and his Los Angeles-based crew record and produce multiple weekly podcast shows, including H3 After Dark, H3 Off The Rails and Frenemies.

In recent months, Frenemies has become the H3 Podcast's most popular show. The podcast was born following a public online feud between Klein and Paytas, which began after Klein created a controversial YouTube video in which he compared Instagram photos of influencers with "real" photos of them. In the video, which Klein has since apologised for, the YouTuber continually criticised Paytas' looks.

After Paytas later appeared as a guest on the H3 Podcast, the pair hashed out their feud. Then, in an unexpected twist, Paytas began dating Klein's brother-in-law, Moses Hacmon. The couple later got engaged in December 2020, and have since purchased a $3.7 million home in Los Angeles.

In September 2020, Klein and Paytas launched their joint podcast Frenemies. At first, Frenemies was fraught with drama. The two hosts were often embroiled in hostile arguments, with Paytas even threatening to end the show. But as the months went by, the pair genuinely grew closer, becoming not just friends, but family.

Why did Trisha quit Frenemies?

It all began on the latest episode of Frenemies when Paytas argued that a newly introduced question-and-answer segment on the show was "dumb" and "lazy".

From there, the episode descended into an on-air argument about production-related issues as Paytas questioned whether the revenue made from Frenemies was being distributed fairly. (Paytas receives a 45 per cent cut of the show, while Klein receives an extra five per cent cut, which is allocated to production costs as Klein's crew plans and produces the entire show.)

Paytas also argued that the H3 Podcast crew bring ideas that "aren't that great" to Frenemies, and suggested hiring a completely new production crew for the show. This conversation took place directly in front of Klein's employees.

Paytas later left the taping before the podcast had wrapped.

Afterwards, Paytas shared a YouTube video, announcing their departure from Frenemies. In the video, the 33-year-old said the crew had expressed that they were unhappy with Paytas' conduct during the latest Frenemies episode.

"I cannot continue," Paytas said in a statement below the video.

"If this makes me look selfish or a brat, so be it. I am grateful for the opportunity – but it just is not good for me mentally anymore," they continued.

On Twitter, Klein shared that he was "gutted" by Paytas' decision.

"Trisha’s video this morning was a total surprise to me," he said on Twitter. "I don’t really know what more I can say or do. I'm very sorry to all the fans of Frenemies, I know how much it meant to everyone, I did everything I humanly could to save it."

i am honestly gutted over this whole thing, trisha's video this morning was a total surprise to me. I dont really know what more I can say or do. Im very sorry to all the fans of frenemies, I know how much it meant to everyone, I did everything I humanly could to save it

In a new episode of the H3 Podcast released on Thursday, Klein opened up about Paytas' exit.

"As a friend, I have come to love and appreciate Trisha. Creating Frenemies with Trisha is going to be one of the all time highlights for me," Klein said.

"I want to say that everything I say now is under the lens of appreciation and love for Trisha and not at all trying to burn a bridge, but more just trying to defend myself or set the record straight in some ways."

"They were always willing to do their job, period. They have done nothing wrong," Klein added.

Klein shared that Paytas wanted to hire a brand new production crew, which Klein was opposed to. He added that Paytas' video led some fans to harass the podcast's crew and even their significant others.

Since then, the drama has continued to unfold online with Paytas releasing a trilogy of YouTube videos about "Ethan's lies", upsetting fans who were hoping for a reconciliation between the duo.

While Frenemies will no longer continue, the pair are still linked personally as Paytas is engaged to Klein's brother-in-law.