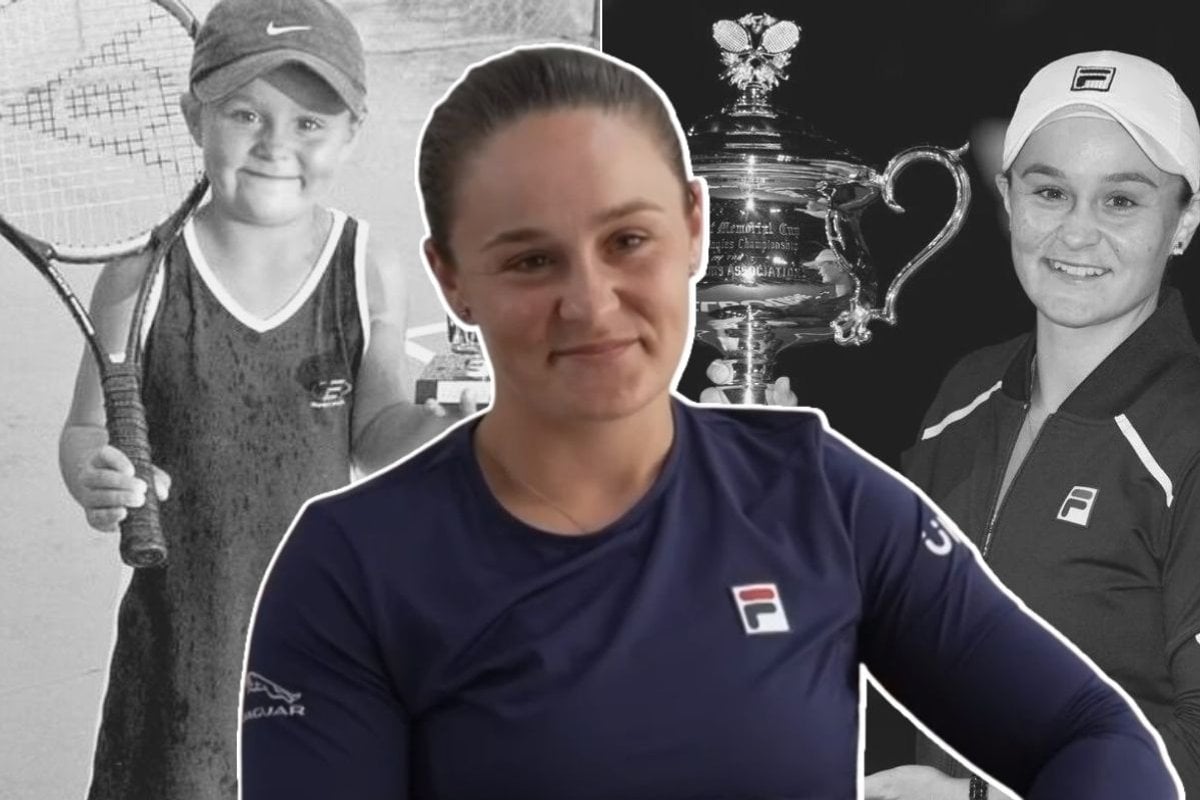 The tide is turning on hustle culture, and Ash Barty is leading the charge.

At the age of just 25, the World No.1 and three-time Grand Slam winner announced her retirement from tennis on Wednesday.

But it's sending everyone into a tizzy because....why? She's young, successful and literally at the top of her game.

It's a decision completely at odds with how we've been taught to hustle. We - the millennials and Gen Xers amongst us in particular - have grown up with the 'rise and grind' mantra ringing in our ears and the belief that if you just keep pushing, there is no limit in terms of your earning potential/business opportunities/ladder-climbing ambitions.

As Casey Dallacqua pointed out to Ash during a sit-down Instagram interview announcing the retirement news: "I think it will be hard for a lot of people to understand because, as you said you're three-time Grand Slam champion, you've just won the AO [Australian Open]. You're probably the most marketable athlete in the world....how difficult was it to come to this decision?"

But Ash doesn't care about results. That's not success to her.

"There was a perspective shift in me in this second phase of my career, that my happiness wasn't dependent on the results. Success for me is knowing that I've given absolutely everything I can. I am fulfilled. I'm happy," she replied.

Simply put, Ash has other dreams she wants to chase now. Winning Wimbledon was always the tennis goal, which she did last year, and the 2022 Australian Open was just the final cherry on top. But now they're in the bag, she's done. She doesn't need anything else from that world. She's not going to just continue chasing for the sake of chasing.

She doesn't want to travel the world and spend large chunks of her year away from family and friends and home anymore.

She doesn't have the physical drive or the emotional want to continue existing in that high-paced, international lifestyle being a professional athlete demands.

"Now I think it's important that I get to enjoy the next phase of my life as Ash Barty the person, not Ash Barty the athlete," she explained.

We can all learn from Ash's wisdom.

She's living her life entirely on her own terms and walking away when it's not as much fun as it should be.

She's setting up boundaries and prioritising herself over achieving more 'excellence.'

It sounds like an obvious choice when it's simplified into those two succinct sentences, and yet today the world is reeling at the "shocking" news. It's bamboozling everyone that she'd just up and quit... surely something must be wrong? Is there something else going on?? 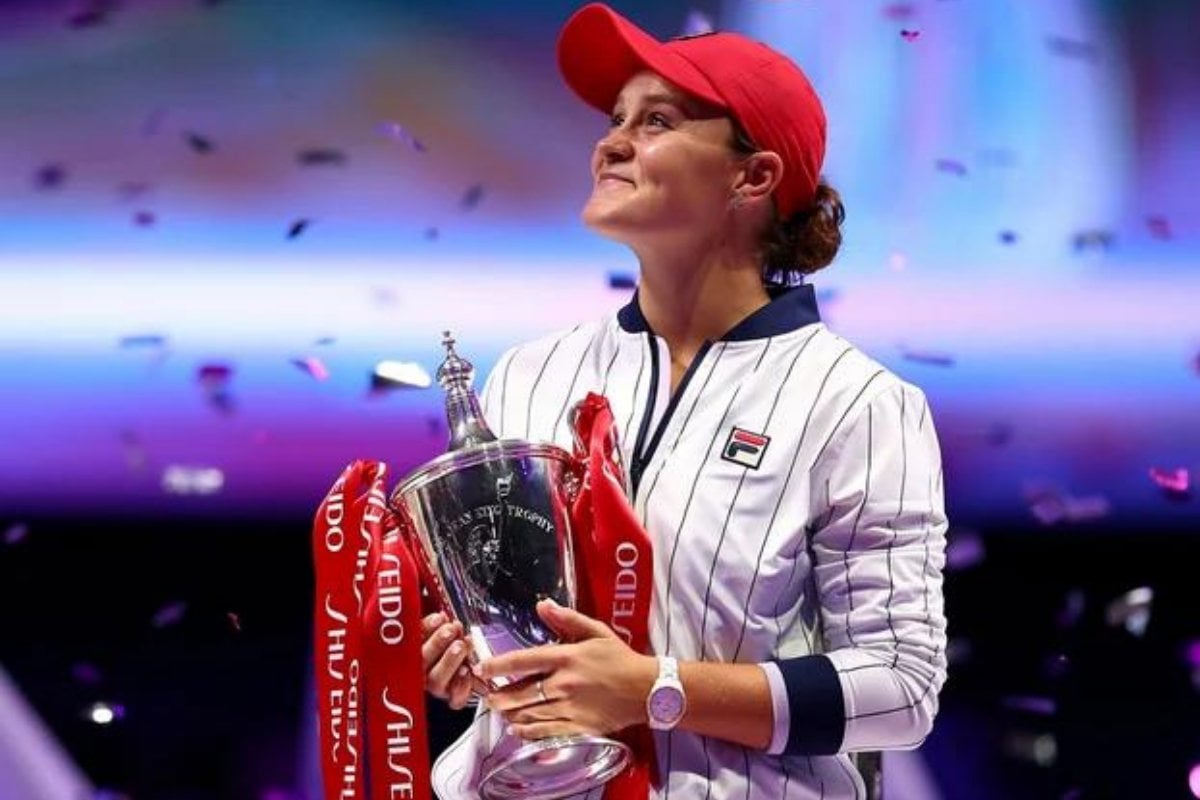 Ash Barty announced her retirement on Wednesday at the age of 25. Image: Getty.

But Ash Barty retiring is the reminder to us all that happiness is and should be so much more primal than climbing ladders and winning trophies.

So why is it 'shocking' that career success isn't the key either?

Ash isn't playing tennis for us. She doesn't owe fans or sponsors or coaches anything. It's her life. Her future.

Ash felt she was done in her "gut". So rather than ignoring that feeling to keep up appearances, she listened. And in doing so, she seemingly wrote her own rules in a world perplexed that she'd 'give it all up'.

To be ambitious and have drive are amazing qualities, but keeping that balance between 'working hard' and prioritising your own mental health and wellbeing, is paramount. We're finally as a society starting to wake up to that 'uh-huh' of a realisation.

For a while now this idea of glorifying overworking as a badge of honour has started to shift, pushed along no doubt by a pandemic that made the entire world re-think their priorities.

Hustle culture has long told us that 'hustling' is glamourous. It'll get us to that dream car, dream holiday, an early retirement, fame. But should it all come at the expense of enjoyment?

Ash's mindfulness coach Ben Crowe told Mamamia's No Filter last year, "Ash is now very much in touch with who she is as a human being, less so the 'human doing'... And that can be a superpower."

As Ash Barty has reminded us, achievement and fulfilment don't have to go hand in hand.

Reply
Upvote
1 upvotes
As a former elite athlete, I completely celebrate and understand Ash deciding it was time to put down the racket. It's a very rare thing to retire on your own terms as an elite athlete, very few get to do it, it's usually something that is guided by injury, age, or financial.....so good on her for knowing when it was time to walk away and doing it her way!
News
General
Opinion
True Crime
Politics
Sport
Explainer
Entertainment
Celebrity
Reality TV
Movies
TV
Books
Rogue
Royal
Lifestyle
Beauty
Fashion
Weddings
Home
Wellness
Health
Fitness
Travel
Food
Parents
Before The Bump
Pregnancy
Baby
Kids
Teens
School
Parent Opinion
Work & Money
Money
Finance
Career
Lady Startup
Relationships
Sex
Dating
Separation
Friendship
Family
Real Life
Couples