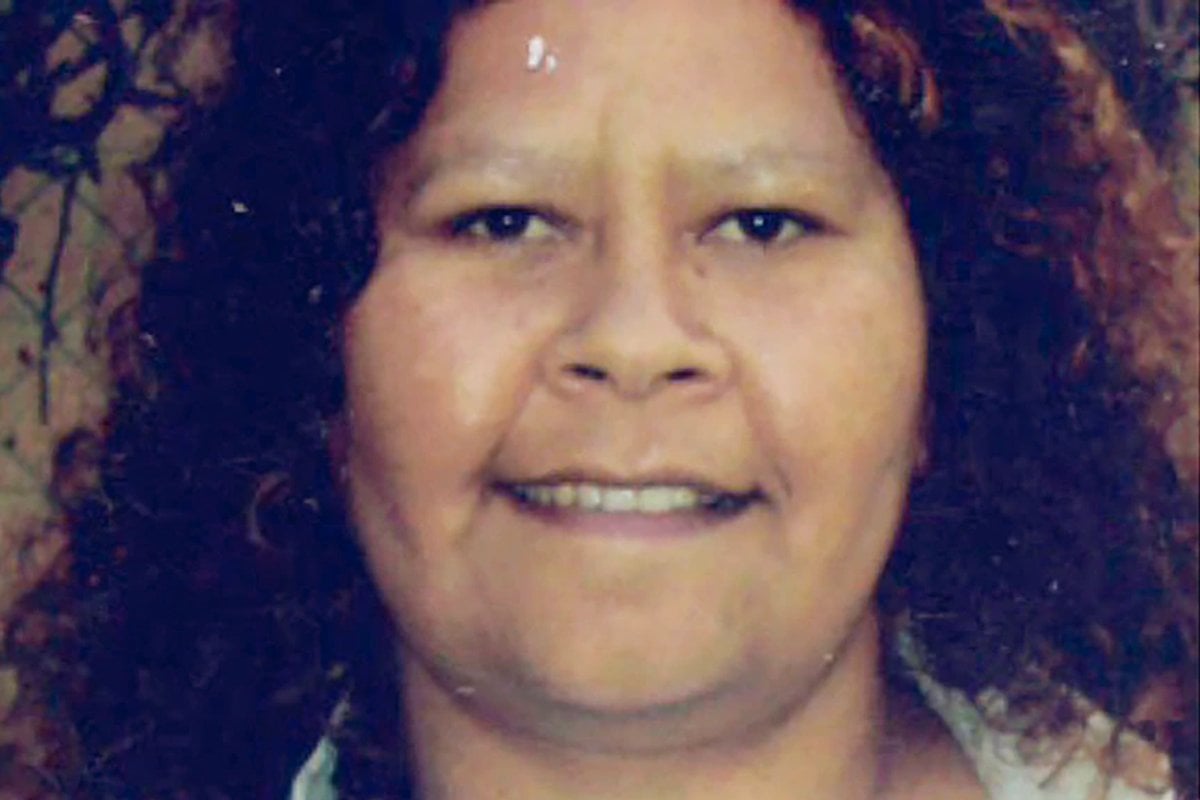 The mining town of Boddington in Western Australia is small. Located 120 kilometres south-east of Perth, just off the Albany Highway, the population stands at around 2,000.

It's the kind of place where everyone knows everyone else. Where school friends are lifelong friends, and secrets are hard to keep.

It's also a town divided - family against family. Black versus White.

The cause of the division is a brutal, terrible murder.

Fifteen years ago, on a hot night in December 2007, Noongar woman Stacey Thorne, a teacher’s aide who worked at the local school for 17 years, was stabbed 21 times in her home. She stumbled 100 metres down the road and died in a neighbour's arms.

She was 22 weeks pregnant.

"She was looking forward to having a baby. She wanted to be a mother," Stacey's sister, Brenda, told Australian Story. "She was always a mother to [their other sister] Hayley's children and she wanted one of her own."

"We were a really close family. What I loved most about her was her personality and her laugh," Hayley said.

“It’s been like a nightmare," she told Perth Now. "Dad died of a broken heart six months after Stacey, and Mum went not that long ago. They never got over it. None of us have ever got over it."

Watch: Where is the most dangerous place for a woman to be on a Saturday night? Post continues after video.

After a week of investigations, police arrested mining mechanic and father-of-two, Scott Austic, for her murder.

Scott and Stacey had known each other all their lives. They had gone to school together and, unknown to most people, had secretly been sleeping together for some time prior to her death. Scott was the father of Stacey's unborn child.

So enmeshed were their lives that their younger brothers, David and Normie, were best friends.

After his arrest, Scott told detectives he had spent that day drinking at his house and at the local pub. From there, he went to Stacey's home where they talked, had sex, and then he went home at 9.30pm.

Scott told police that while he and Stacey had been engaging in casual sex, he had not been aware she was pregnant. He refuted this after being shown text messages he had sent Stacey, asking for her to abort the baby because he would lose access to his other two children if she had the child.

One of his texts read: "I will do anything for you not to have it. Just let me know. Please Stacey anything."

He told police the threat of losing his kids was an empty one.

Along with a motive for wanting to harm Stacey, physical evidence also began to stack up against Scott.

Police found an empty bourbon can with his DNA close to Stacey's home, as well as clothes he was wearing on that night, a pair of his thongs with Stacey's blood and DNA on them, and a bloody 10cm knife on the bush track from Scott's house to Stacey's unit.

They also found a packet of cigarettes with Stacey's blood in Scott's home. 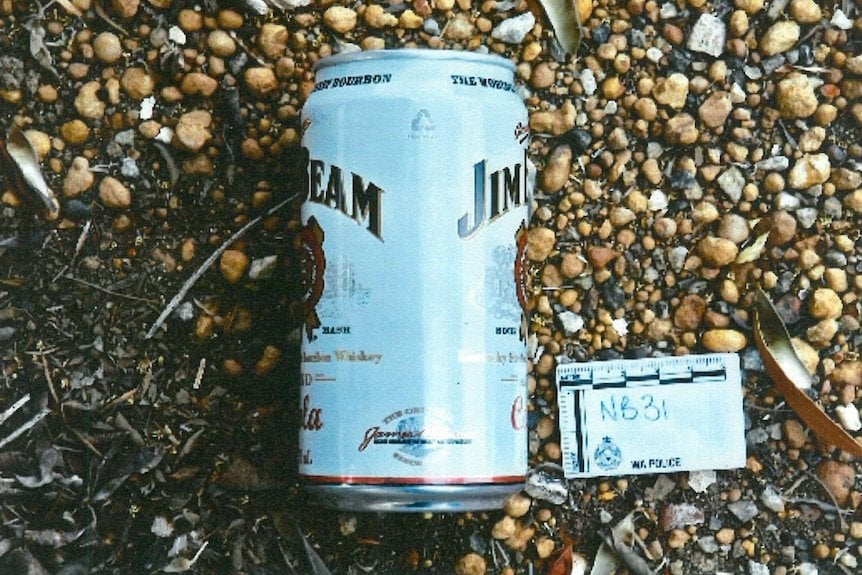 The Jim Beam can. Image: Court of Appeal 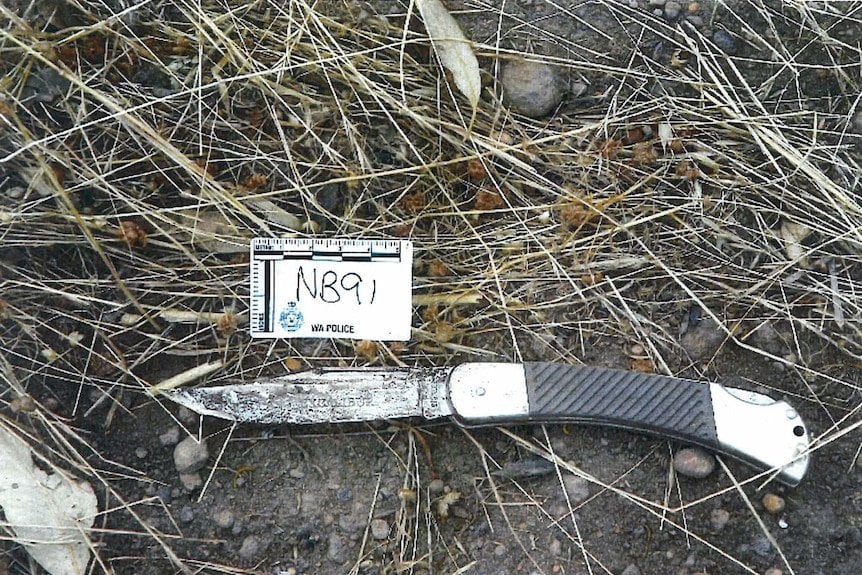 In 2009, Scott was convicted of Stacey's murder and jailed for life with a minimum of 25 years.

The Thorne family celebrated the verdict and sentence. "We thought that was finished; it was over," Hayley said.

Scott's mother, Robyn, was convinced of her son's innocence. "I never, ever thought that he would have been found guilty. So many things didn't add up," she told Australian Story.

Adamant Scott had been framed, Robyn pleaded with forensic pathology lawyer Dr Clint Hampson, who she met on a chance encounter, to take a look at the case.

Dr Hampson's initial reaction was one of skepticism. He had heard from many a parent about their child's innocence. Yet, he agreed to take a look at the case pro bono and give his "honest opinion" - even if that opinion meant Scott was guilty.

Months after taking the case, Dr Hampson made a few discoveries that would call into question the integrity of the physical evidence. While examining photos of the crime scene and video evidence, he noticed the cigarette packet with Stacey's blood on it was visible in digital photos, not in the video footage taken a day earlier. 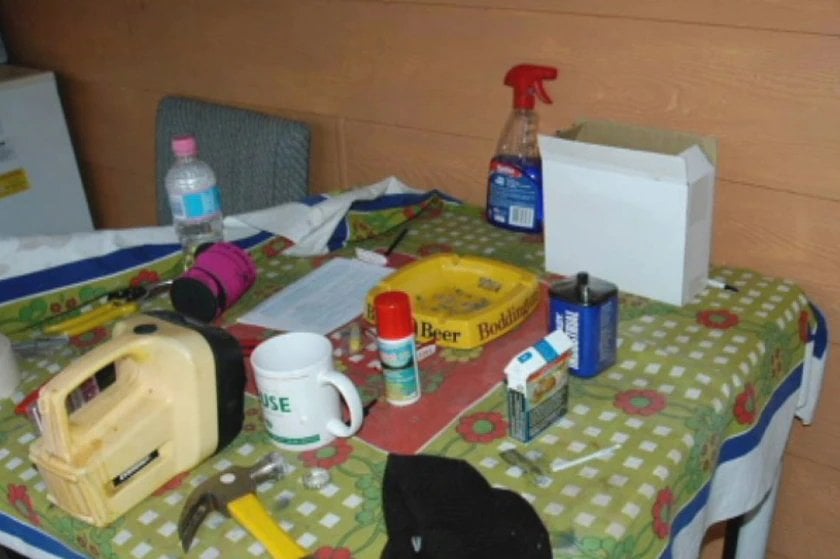 The cigarette packet is clear as day in this photo, but was not there in video footage taken a day earlier. Image: Court of Appeal.

"That immediately put me on alert as to what else might have been going on in this particular case," Dr Hampson said.

He also questioned the likelihood of finding the Jim Beam can so close to Stacey's home. "That verge area had been searched the night before by no less than five officers of the WA police, some of whom were forensics officers. They conducted a thorough search and none of them identified or located a Jim Beam can," he revealed.

A police officer later testified she had seen a can outside Stacey's house.

Next, Dr Hampson examined how the murder weapon was found. The knife lay on the bush track between Scott and Stacey's homes, but a specialist SES search team had not discovered it, despite scouring the area. The police found it a day after the SES team's search. Doubts were thus raised on whether the knife was actually the murder weapon at all.

In addition, some of the forensic evidence found in Stacey’s home did not match Scott's DNA.

"I’ve always thought [someone else was involved]. I’ve been telling the detective that someone else must have been involved but they tell me there’s no evidence about that," Brenda told Perth Now.

In 2020, 13 years after Stacey's murder, the Criminal Court of Appeal found there was "credible, cogent and plausible evidence" that the evidentiary proof against Scott had been planted and that the integrity of some of the investigation were compromised.

Scott's conviction was quashed. Yet, the Criminal Court of Appeal also found that there was still a strong case against him "despite the miscarriage of justice which had occurred".

Instead of an outright acquittal, a retrial was ordered.

The new trial began in November 2020. Instead of the tampered evidence, the trial focused on timings and the movements of both Stacey and Scott the night she was murdered.

Scott's defence team argued he was at home when Stacey was killed. They also argued that Scott had been framed by members of the police.

UK-based forensic pathologist Dr Richard Shepherd, who worked on more than 20,000 cases, testified that the knife found could not be the murder weapon because it would not be able to cut as deep as the injuries found on Stacey's body.

It took the jury two hours and 16 minutes to find Scott "not guilty."

Scott cried with happiness and relief upon hearing the verdict. After 12 years in prison, he was a free man. 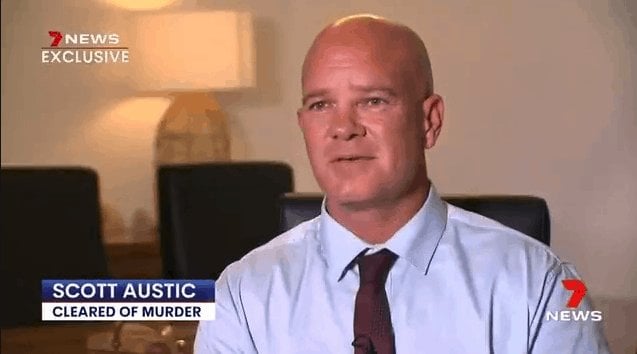 Yet despite his freedom, Scott is still somewhat caged. He is now living with his mother in Perth and trying to reconnect with the children whose childhoods he missed out on.

"In the end, there are no winners because there's still nobody convicted of Stacey's murder and I have spent 12-and-a-half years in prison," he said.

"For Scott, coming out of prison at 46 and having to live with his mum... he has lost the independence that he did have. He'll never be able to be the same person," Robyn said.

As for the Thorne family, hearing the "not guilty" verdict at the retrial shocked them to their core. Hayley admitted she could hardly walk afterwards.

"The whole town is just devastated. What happened - it just broke this little town apart. It's something that you can't really bounce back from."

The family has hired a private investigator Robyn Cottman to help them find some answers. Cottman told Australian Story she first heard about the case from one of the detectives originally involved in the case. Even so, her investigation is independent.

"It's almost like it's all been swept under the carpet now, hidden, put in a box that's too hard, basically. Nobody is asking, 'Is there anybody out there that actually knows anything that might be able to assist us here?' It's like they've just shelved it," Cottman said.

"We’re trying to let go of her, but we can’t. We just can’t," Brenda told Perth Now.

Had Stacey been alive today, she would be 50 years old this year. "We just can't understand how it got to this stage," Brenda told Australian Story. "We thought maybe we could have a bit of rest, a bit of peace; she can rest in peace. But at the moment, she's not." 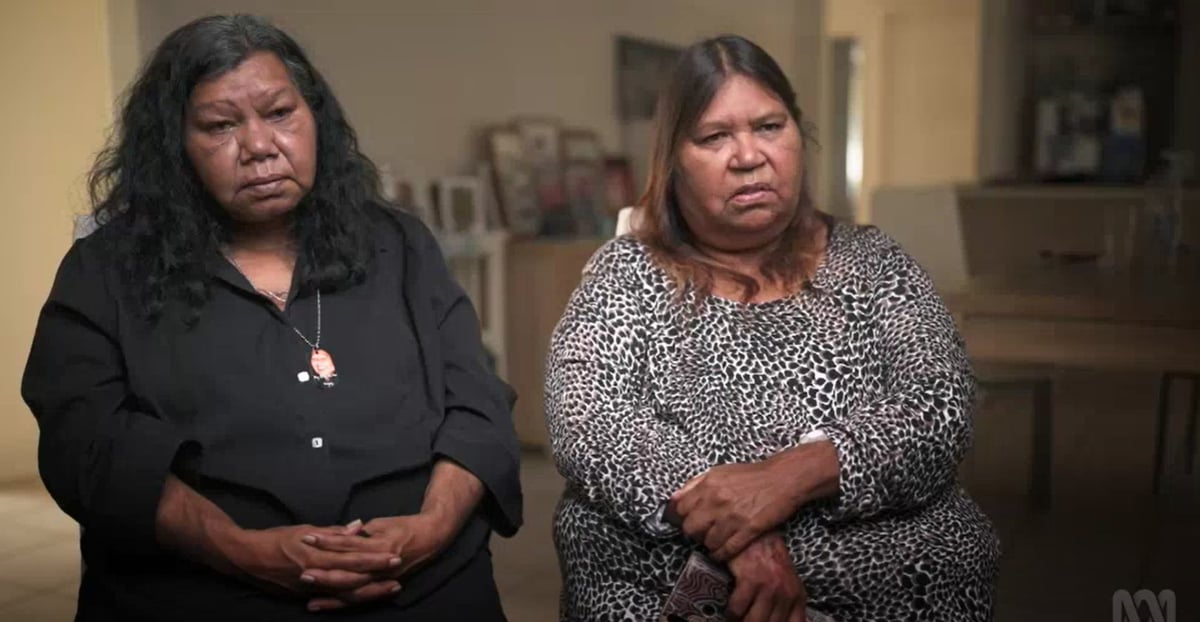 The Thorne family want the WA Police to reopen the investigation into Stacey's murder.

"She was our sister," Brenda said. "We want them to reopen this case so we can get justice for Stacey."

The Austic family are also calling for the re-opening of the case.

"We want the case re-opened so there can be justice for Stacey," Robyn said. "Scott wants the case reopened. We want to find Stacey's killer."

It's likely one of the few things both families can agree on.