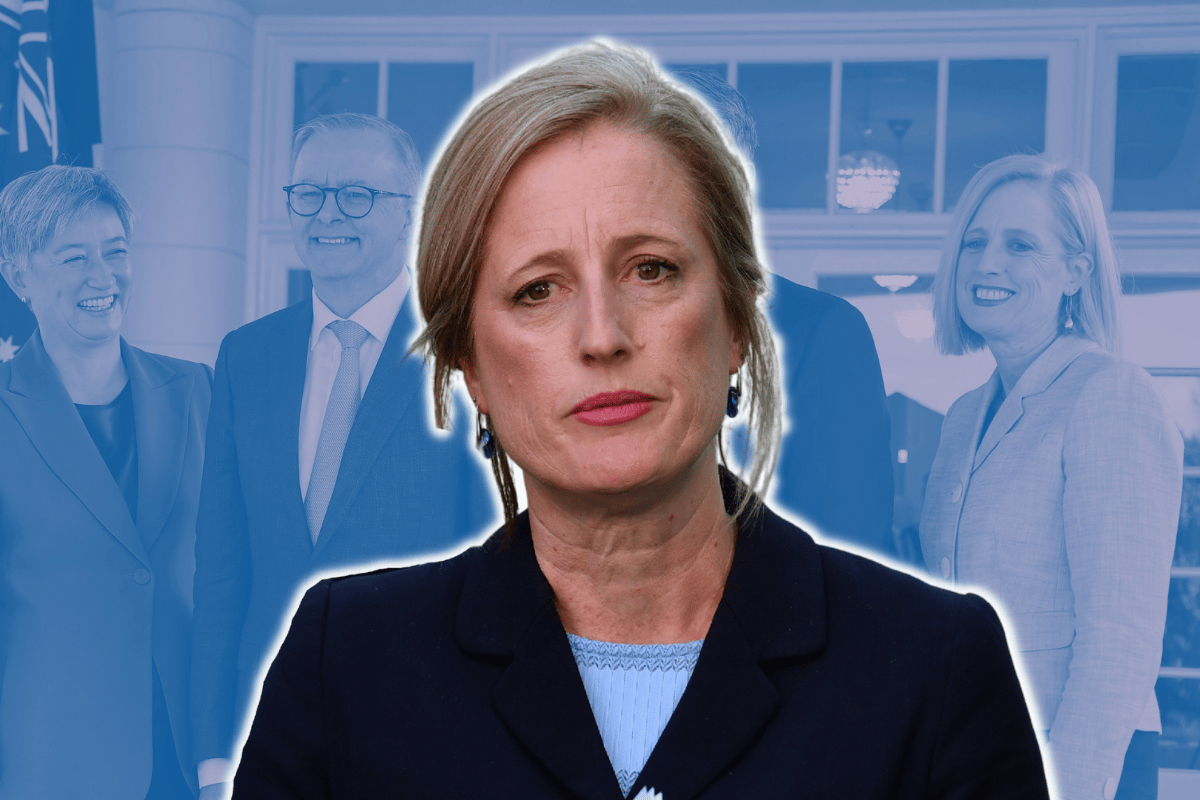 Katy Gallagher was driving around looking for her fiancé when she heard a news report over the radio.

The then-27-year-old, was 15 weeks pregnant and holidaying with her fiancé, Brett, but he hadn't returned home from a bike ride.

"There was a radio announcement on the local radio station that a cyclist has been killed earlier that day. He was a male in early 30s, they believed, and they were looking for anyone who knew him," Katy told the podcast My 15 Minutes Presents.

In that moment, Katy's life, which up until that point was going "swimmingly", turned on its head.

"We were having a wonderful holiday, thinking and dreaming like young couples do when they’re about to have a baby. And that all changed in that 15 minutes on that day."

"I’d gone from being a 27-year-old who thought I had my life planned out, with my life partner, as you do at that age, to being a single parent on the single parent pension, living in a rental property with absolutely no idea of what I was doing and how I was going to look after myself and my little girl at the time."

For the first time, Katy was "truly" on her own, with the events of that fateful day sending her on a "completely different path".

Over 20 years later, the 52-year-old is now a powerful female figure in politics, a mother-of-three and the country's newly appointed Finance Minister.

As Prime Minister Anthony Albanese prepares to announce his full cabinet today, here's everything we know about Katy Gallagher.

Katy grew up in Canberra, after her parents, Charlie and Betsy, met eachother on a ship while immigrating from the UK.

After settling in Waramanga, the couple had two daughters and adopted two sons, Richard, whose heritage is from PNG, and Matthew, who is of Asian descent.

"It was a really interesting childhood because we dealt with a lot of racism for poor Richard at school," Katy told City News.

However, it was a "good upbringing… we dealt with things other families wouldn’t".

"I really liked looking after children with a disability," she told the publication. "I have my mother’s soft side. I went to look after the children that perhaps were sometimes harder to find staff to work with them and I genuinely liked working with them."

At university, Katy studied a Bachelor of Arts in politics and sociology before working in the community sector for an advocacy support group.

Katy Gallagher's family and recovery after losing her husband.

After Brett's death in 1996, the union he worked at helped Katy get back on her feet.

"They found me a job, sat me in front of a desk and pretty much demanded nothing from me other than being there and trying to keep me going along," she told City News.

During her relationship with Brett, Katy said she "always took the back seat".

"That wasn’t about our gender, that was just about our personalities."

"I had to do all the dealing with everybody. I had to be [my] own person. I ended up living alone for the pregnancy. I ended up being a single parent."

"I had to put myself out there and that certainly directly led to me standing for different positions in the Labor Party, then standing for preselection."

Years later, Katy was elected to the Legislative Assembly, where she met her partner, Dave Skinner; a relationship she described as the "right person, right time".

The couple went on to have two kids, Charlie and Evie.

She recently spoke about her daughter, Evie, who tested positive for COVID-19 last August.

"This morning we were advised that my gorgeous daughter Evie has tested positive for COVID-19. One of Canberra’s 17 positive cases today," she wrote on Instagram at the time.

"My focus right now is on my little girl and getting her through this - but these events bring a sharp personal focus to the consequences of our government’s failure to ensure a prompt, efficient national rollout of vaccines."

Katy's political career began when she was elected to the Legislative Assembly in 2001, after being nominated by the Labor party and union movement.

The following year, she became a minister and went on to serve under a number of portfolios in the ACT, including as deputy chief minister, treasurer, minister for heath, minister for education, community services and women.

Last week, she added another title to her portfolio when she was officially sown in as Finance Minister, alongside Prime Minister Anthony Albanese and three other ministers.

Being sworn in as the ACT’s first Finance Minister is a huge honour.

There’s no time to waste in getting started on delivering Labor’s plan for a better future. The work starts today. pic.twitter.com/MCMvuxJ3ev

Looking back, Katy says she never would have got to where she is today if she hadn't gone through what she had.

"I’ve been to a pretty rough place and I have survived," she told City News.

"I think that is where some of my colleagues in the Assembly probably underestimate me a little bit, that I am probably not as tough as I am, but I am actually really, bloody tough."