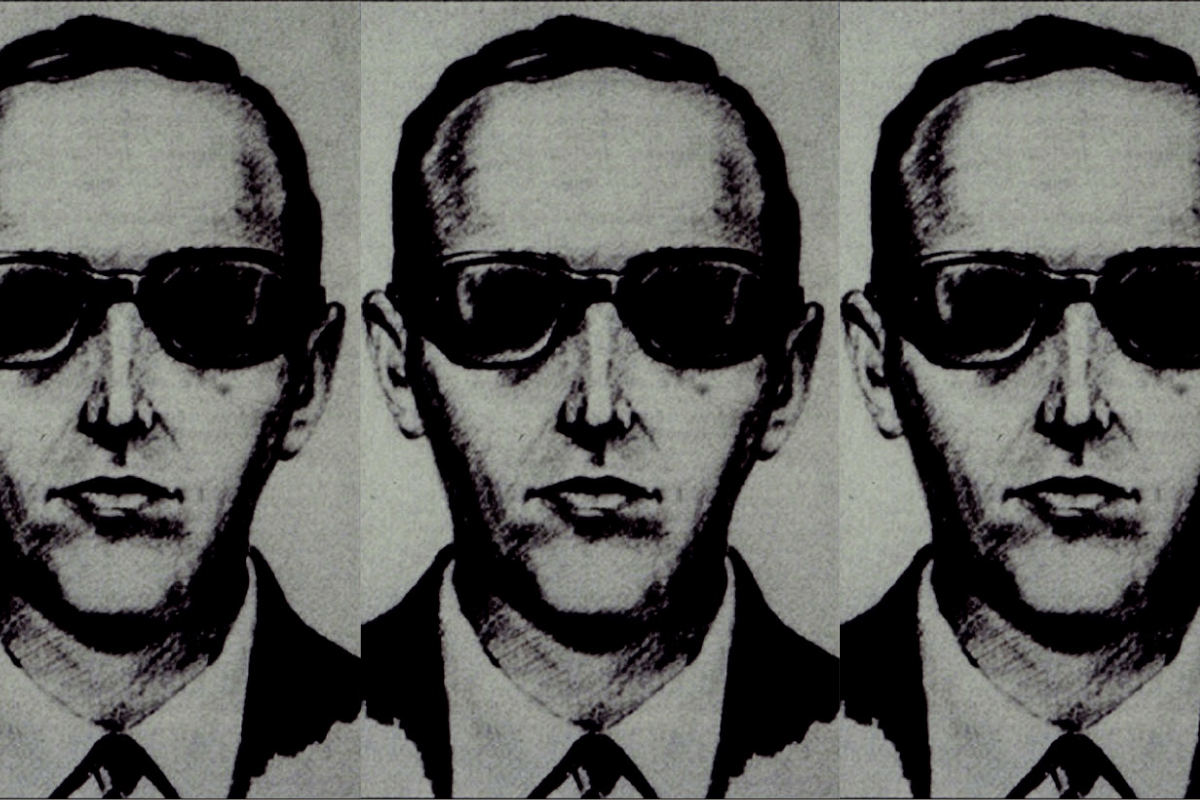 The man, who appeared to be in his mid-40s, looked like any other passenger.

He was wearing a business suit with a black tie and horn-rimmed sunglasses, and while the plane was waiting on the tarmac, he ordered a bourbon and soda.

Watch the trailer for Stan's The Mystery of D.B. Cooper below. Post continues after video.

Schaffner was used to being slipped notes scrawled with phone numbers or hotel rooms numbers by male passengers.

But this time was different.

"Just as we were starting to roll down the runway, the flight attendant next to me handed me this note," fellow Northwest Orient Airlines flight attendant Tina Mucklow shared in Stan's The Mystery of D.B. Cooper.

From that moment forward, flight attendant Tina Mucklow became the man's point person, transcribing his list of demands – including four parachutes and $200,000 in twenty-dollar bills – and delivering them to the captain of the plane.

Although Mucklow, then 22, felt shaken when she saw what looked like dynamite inside the man's briefcase, she sat with the hijacker for most of the 30-minute flight to Seattle.

"I was there for the hijacker to kind of keep him feeling safe, reassured, comfortable and not detonating that bomb," Mucklow told Rolling Stone.

When the flight arrived in Seattle, the passengers onboard were still unaware about the hijacker in their midst. And once they disembarked, Mucklow headed off the plane to collect the man's demands, including the cash, which had been supplied by the government.

When she later returned to the plane with the parachutes and cash, the pilot was instructed to travel to the hijacker's chosen destination: Mexico City.

During the flight, Mucklow was the only other person in the plane's cabin with the hijacker.

"I think the one feeling that was forefront in my mind was I just felt so alone," Mucklow told Rolling Stone, reflecting on the flight.

But the hijacker didn't make it to his final destination.

Instead, halfway through the flight, Cooper jumped out of the plane with the parachute and the ransom money.

And from that moment onwards, the elusive hijacker was never seen again.

Given Cooper jumped out of the plane on a stormy night in a suit, many assumed that it would have been difficult for the hijacker to survive the jump.

However, despite an expansive search by the FBI, the man was never found – dead or alive. 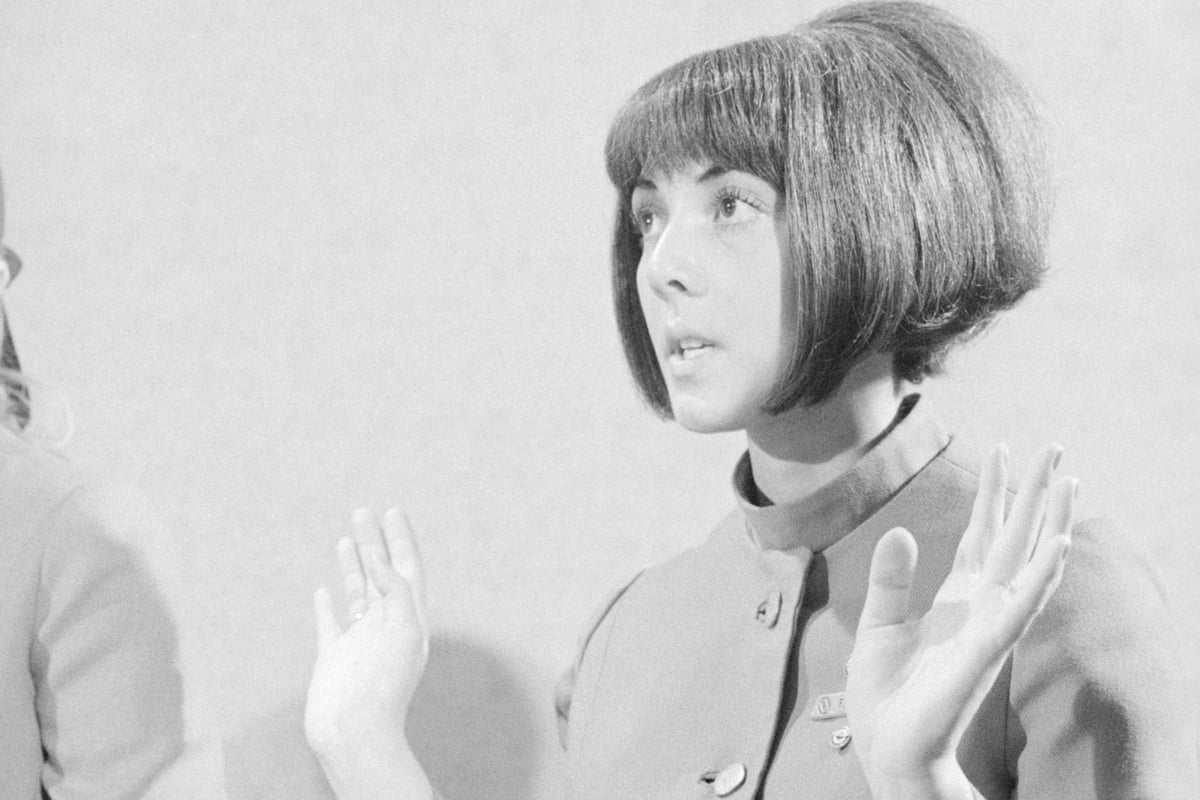 Flight attendant Florence Schaffner, who was one of the crew members on the hijacked flight. Image: Getty.

In the first five years of the investigation, the FBI reportedly investigated around 800 suspects.

One suspect, Richard Floyd McCoy, looked like a possible match. He was arrested for a similar crime just months after the hijacking. However, he did not match the descriptions provided by the flight attendants onboard.

Several men have also confessed to being Dan Cooper. But when tested against the fingerprints collected from the hijacked plane, none of the men have been a match.

In 2016, the FBI announced they would no longer be allocating resources to the investigation.

While the FBI still haven't discovered Cooper's identity, their theory is that Cooper simply did not survive his jump.

This theory is largely led by evidence that was discovered by an eight-year-old boy in 1980. 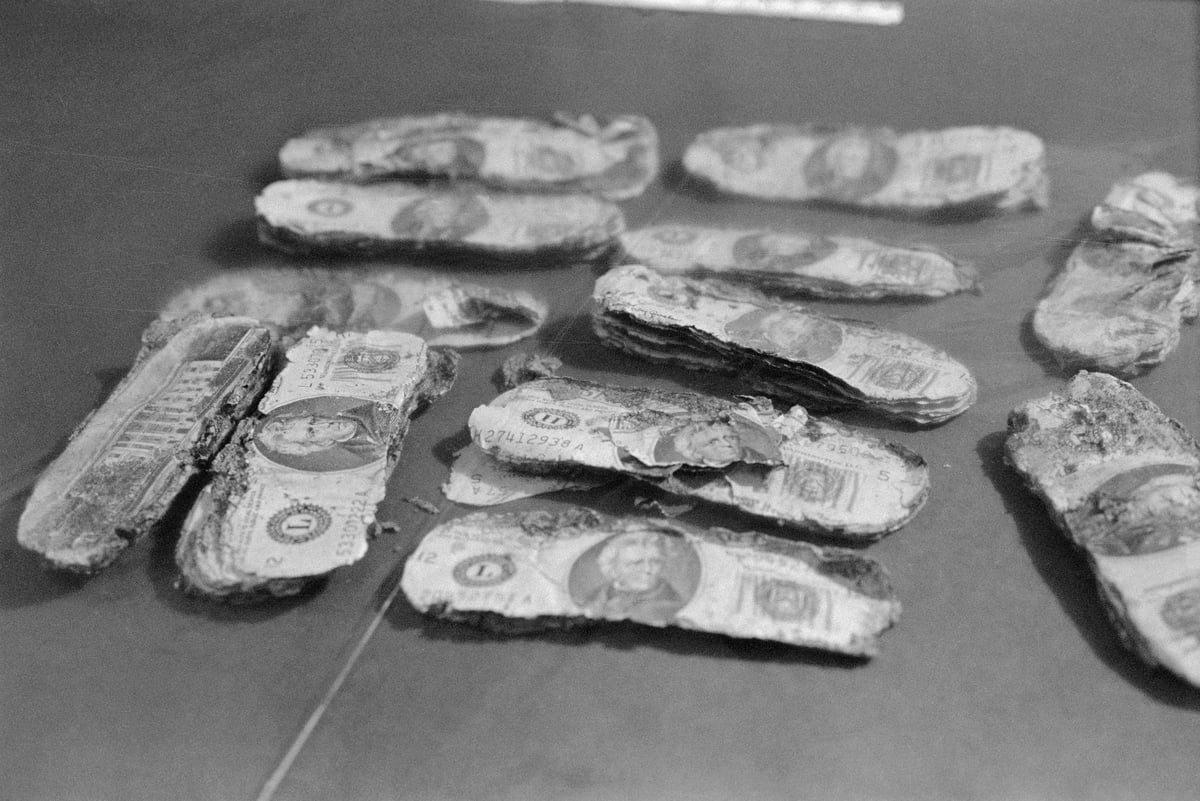 The badly decomposed $20 dollar bills found by Brian Ingram, eight, who was searching for firewood while on a family outing with his parents in 1980. Image: Getty.

Yet, to this day, Cooper's identity remains one of the great unsolved mysteries in FBI history.

The new Stan documentary, The Mystery of D.B. Cooper, delves into the intriguing case.

Written and directed by John Dower, the new documentary features recreated and archival footage as well as interviews with those closest to the bizarre case.

The Mystery of D.B. Cooper is available to watch on Stan now.