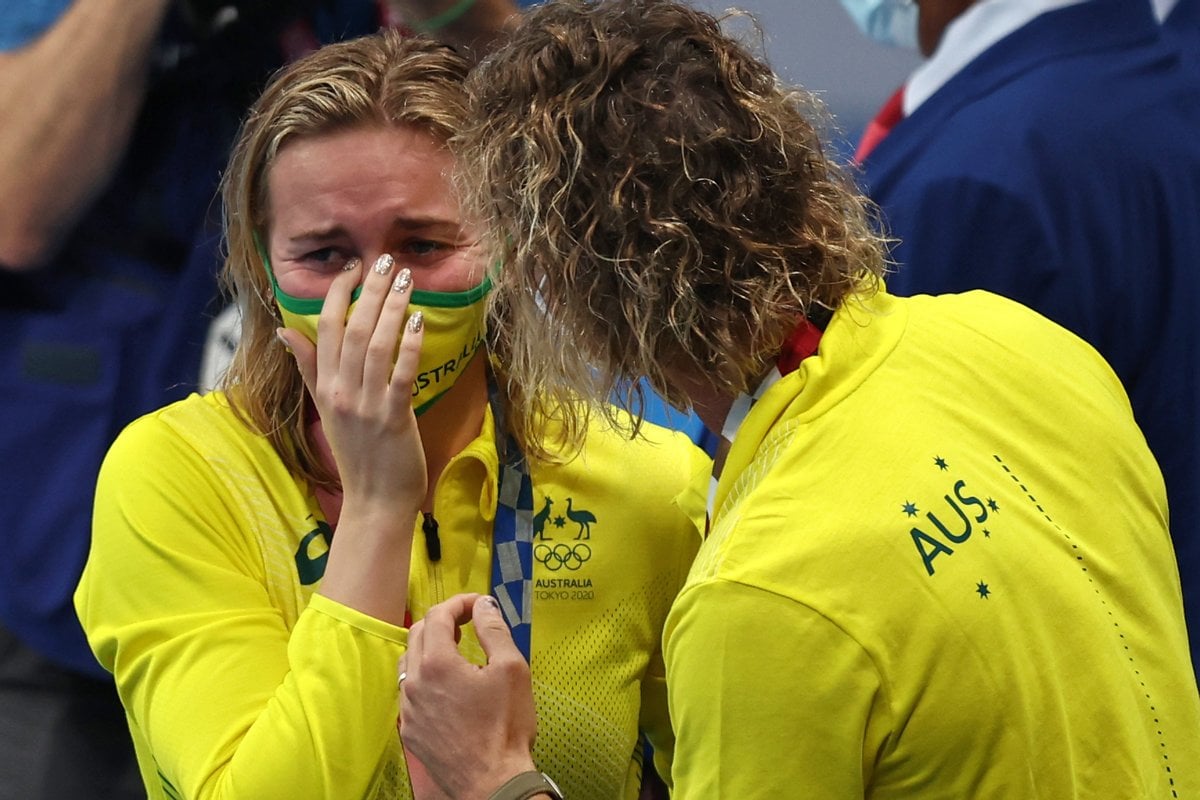 At the Tokyo Olympics, Ariarne Titmus has taken the swimming world by storm - the thunder from down under who is lightning in the pool.

At her first ever Olympic Games, the 20-year-old has won two Gold medals for Australia.

Her victorious campaign began with her 400m race, where she was swimming next to the defending-champion and world-record holder Katie Ledecky from the USA - the world's greatest female swimmer.

In true Australian underdog style, though, Titmus triumphed against the champion by two-thirds of a second, sending the country into a moment of euphoria.

No one was more jubilant than her couch, Dean Boxall, who screamed and thrusted in a colourful - and now viral - celebration.

Then on Wednesday, Titmus solidified her new crown as she again beat Ledecky in the 200m freestyle final.

Now, she will go for a third Gold. At 1:30pm Australian time, Titmus will compete in the women's 4x200m freestyle race. The team - completed with Emma McKeon, Leah Neale and Madison Wilson - are the favourites heading into Thursday's final.

Here's what else we know about Australia's new queen of the pool.

Thanks to his jubilant celebration, the swimming partnership of Dean Boxall and Ariarne Titmus has been thrusted (quite... literally) into the spotlight. 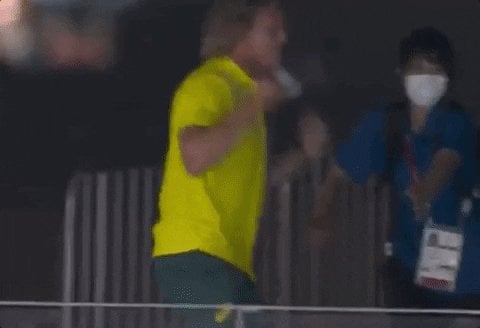 Asked about her coach's celebration, Titmus said he "puts 100 percent into being a swimming coach" and forfeits "loads of his family life, his kids and his wife, for his job".

"But the thing that made me quite emotional was actually seeing him watch my medal ceremony," Titmus said. "He was crying and was trying to contain the emotions."

Talking about how proud he was, Boxall told SEN radio on Tuesday, "I just lost it mate. It was five years of [hard work]. You’ve punched out this plan, and to see it unfold, there’s nothing bigger. Arnie can’t represent Earth against Mars. This is the biggest for us. To see it take fold – I just completely lost it." 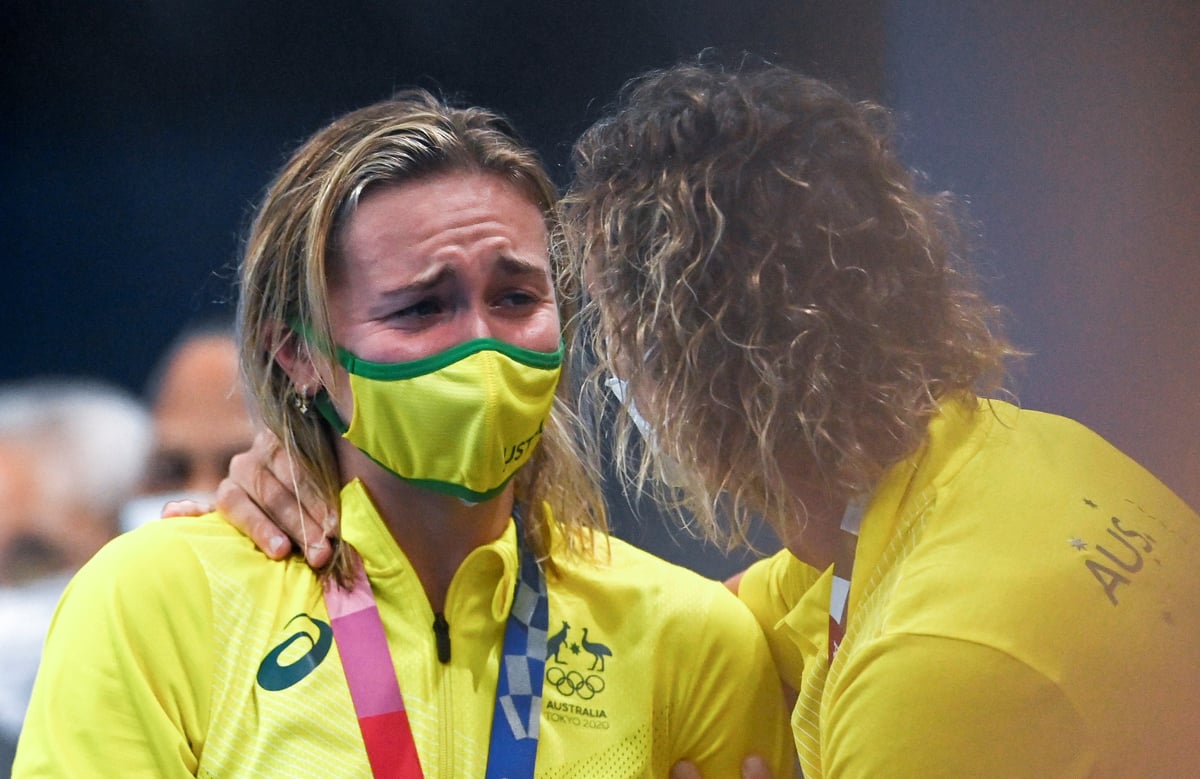 In 2019, the swimming coach explained to Sydney Morning Herald that he "never thought she could be as good as she is now".

“She’s one of the only athletes I have that I push to another level, because she thrives on that. If I went easy with her, I don’t think she would be where she is today.

“We have a fantastic relationship because she fully trusts what I do and I trust that whatever I give her, she gives it 100 per cent. I know she is doing everything right.”

Ariarne Titmus grew up in Tasmania, where she began swimming at the age of seven. She came from a sporting family, with her mother Robyn having competed in athletics sprinting events at a national level in Australia.

At the age of 15, Titmus joined the Australian Dolphins Swim Team. Within a year, she was competing in the women's 4x200m freestyle relay at the 2017 World Championships. 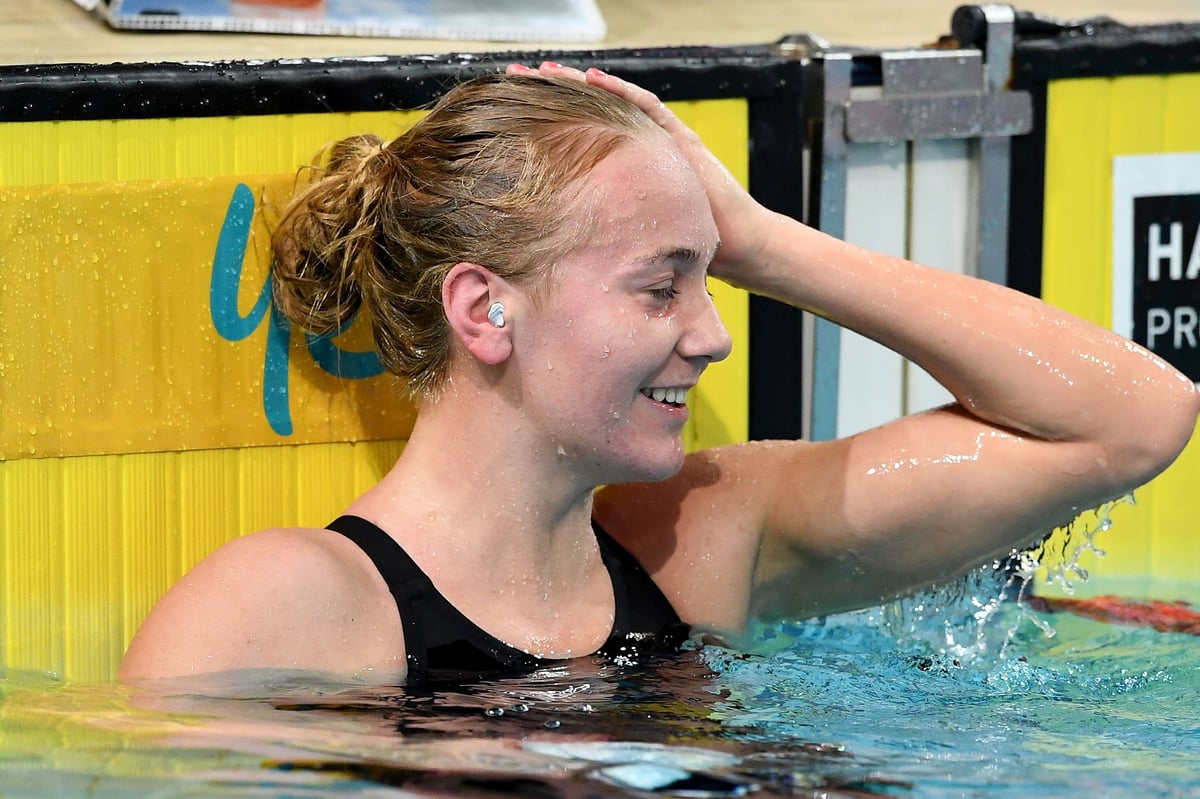 At these Olympic Games, she said she is living out her childhood dream.

“I was just a little girl that started swimming with a big dream,” Titmus said after winning her first Olympic gold medal, according to AAP. “And I tried to think about that this morning when I woke up. You know, I just have to go out there and swim. That is why I am here. And to finally be able to achieve something I have dreamt of, I’m really, really happy.”

Of racing against her "hero", Ledecky, Titmus said, "it was really nice to be in the race with her".

"I was excited that to win this event I had to beat a great champion. And that makes it even more satisfying."

Now, as she enters her third final, the 20-year-old says that although she feels the pressure on her shoulders, she also feels strong.

"I do feel pressure," Titmus shared. "But I feel like I do a good job of eating it all up and using it.

"And I have been very relaxed at this meet, more relaxed than I thought I would be."