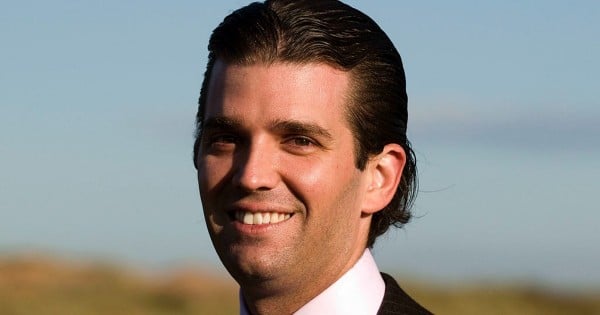 As the race to the White House heats up, you can be sure of one thing: you can expect to see a lot more of Donald Trump’s offspring.

Take a look at who’s who in the Trump family.

The eldest of Mr Trump's children, Donald Jr was the first child between his father and mother Ivana Trump.

The 38-year-old works with two of his siblings as executive vice president at the Trump Organisation.

Like his dad, he is a graduate of the Wharton School at the University of Pennsylvania, is one of five children and is a father of five.

He was a delegate at the Republican National Convention and was able to announce his father's official nomination on Tuesday night.

Fun fact: He speaks fluent Czech. As a child, Donald Jr spent several weeks in the Czech Republic each year with his grandfather (the father of Ivana Trump).

Ivanka is the second-eldest in the Trump brood and has been described as his secret weapon in winning the US election.

The 34-year-old former model and New York Times best-selling author also works for her dad as an executive vice president of development and acquisitions.

And being in the acquisitions game, it should come as no surprise that she owns her own namesake brand.

She married American businessman, and owner of The New York Observer, Jared Kushner in 2009.

They have three children.

Fun fact: She donated funds to Hillary Clinton's US Senate and previous presidential campaigns and is a close friend of Chelsea Clinton. Talk about awkward.

The third child, Eric has said his brother Donald Jr and sister Ivanka practically raised him because their dad was always working, but that did not stop him from telling the Republican National Convention his father would unite the GOP.

Like his siblings, he is part of the Trump business as a vice president, and looks after the company's wine and golf-related assets.

The 32-year-old is married to television producer to Lara Yunaska.

In 2012 he was recognised by Forbes magazine in its top "30 under 30" in real estate and by the New York Observer as one of the "20 Most Important Young Philanthropists".

He founded the Eric Trump Foundation in 2006, which has reportedly donated $28 million to the St Jude Children's Research Hospital.

His life hasn't been without its controversy. Animal rights group PETA slammed Eric Trump and his older brother, after photos emerged of on an organised safari where they hunted animals.

Something of an Instagram star, the 22-year-old stole headlines for the right reasons when she made a speech at the Republican National Convention.

She is the daughter of The Donald and Marla Maples, Mr Trump's second wife, and was named after the store, Tiffany & Co.

She has interned at Vogue and reportedly lunched with Anna Wintour.

Fun fact: Despite being out of the spotlight for most of her life, she released a song called Like a Bird in 2011.

The youngest of the five Trump children, 10-year-old Barron is the only child of Mr Trump and his wife Melania.

He is reported to be nicknamed "Little Donald" by his mother, as a nod to the striking resemblance he has to his father.

He has been kept out of the majority of the Trump campaign so far.

University of Southern California political strategist and professor Dan Schnur said it was rare for political candidates to call on family members who had no political experience.

"You'll see in the next few months whether it's a successful approach or not but there's no question it's an unprecedented one," he said.

Fun fact: Barron has his own floor in the Trump penthouse, but doesn't have a nanny.