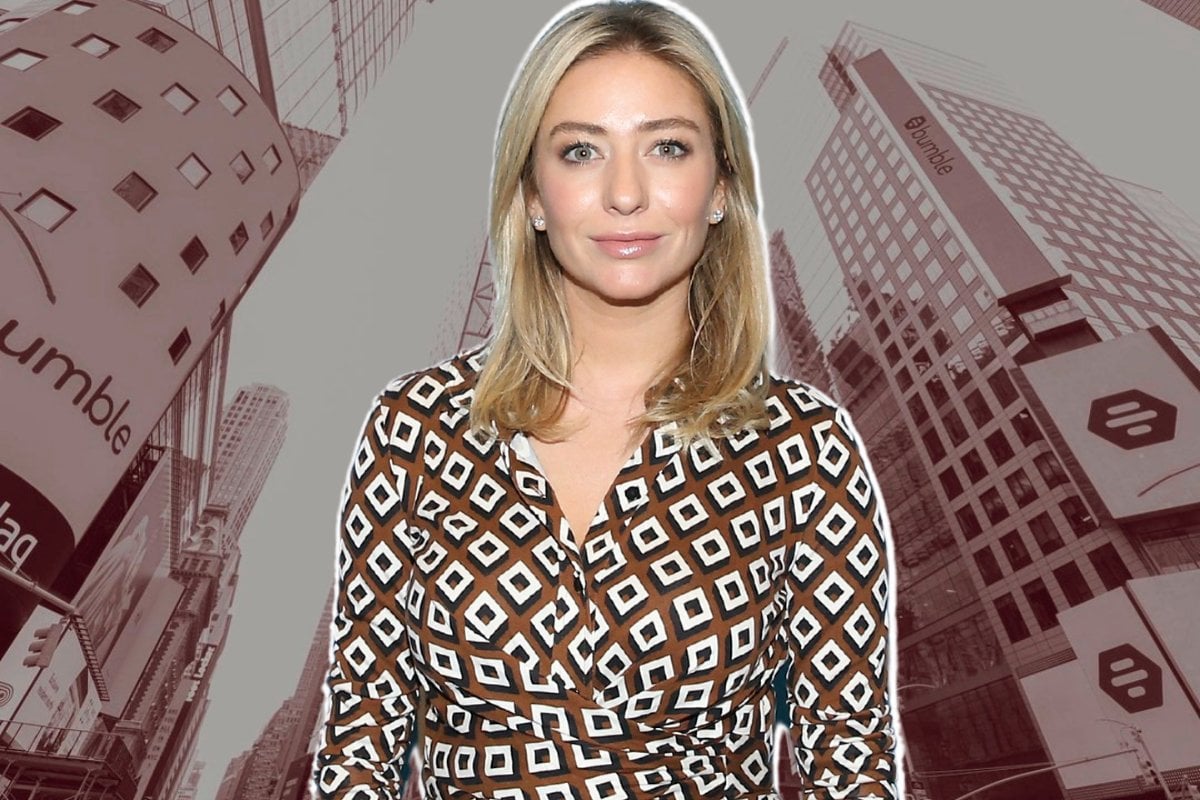 At a 2017 launch party for Bumble's latest product, CEO and founder Whitney Wolfe Herd stood up in front of her attendees and said: "The power lunch is no longer just for men. We all deserve a seat at the table."

Since starting Bumble in 2014, the app has generated over 100 million subscribers worldwide and in 2021, Wolfe Herd became the world's youngest self-made female billionaire after taking the company public.

But the lesser known story is that Wolfe Herd started the dating app off the back of multiple instances of abuse and harassment.

While studying international studies at Southern Methodist University at 20, Wolfe Herd started a business selling bamboo tote bags to help those affected by the BP oil spill. She teamed up with celebrity stylist Patrick Aufdenkamp and launched the non-profit organisation Help Us Project.

Soon after, celebrities, including the likes of Rachel Zoe and Nicole Richie, were spotted wearing the bags.

Two years later, at age 22, Wolfe Herd starting working for the startup incubator Hatch Labs. Then, she was involved in a startup called Cardify, which was headed by Tinder co-founder Sean Rad.

While the startup was later abandoned, Wolfe Herd continued to work with Rad and joined the development team for the dating app, Tinder.

In 2012, Wolfe Herd became a co-founder and vice president of marketing at Tinder. She was the brains behind the app's name, and recruited most of its early users through on-campus university marketing. 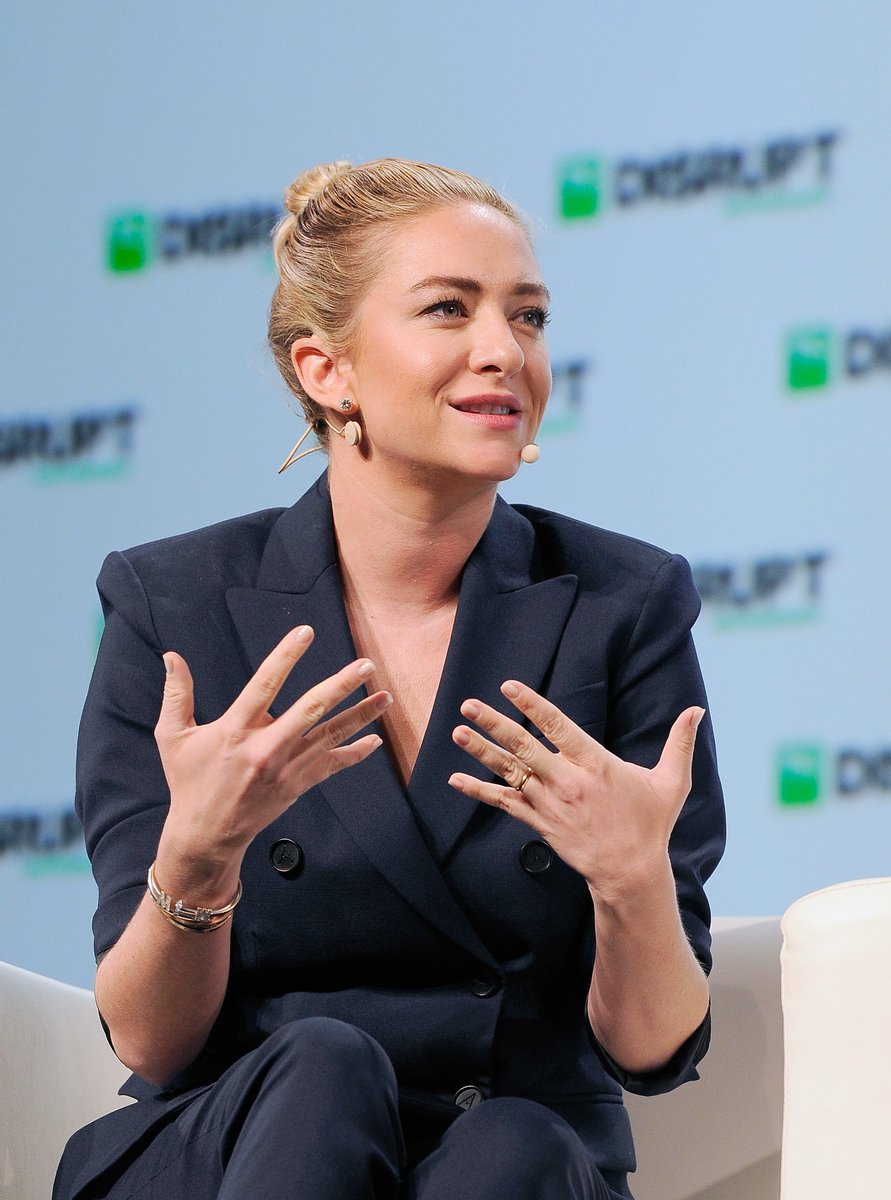 But in June 2014, Wolfe Herd sued the company for sexual harassment and discrimination, alleging that Mateen called her names, including "whore" and "gold digger", and sent derogatory and threatening text messages.

While Mateen was suspended and then resigned from the company, Tinder CEO, Sean Rad, denied any wrongdoing and partly blamed Wolfe Herd for the incident. In a quiet settlement out of court, Wolfe Herd walked away with a reported $1 million.

Speaking to Time magazine in March 2021, Wolfe Herd shared that during her high school years she was in an emotionally abusive relationship.

"I experienced severe emotional abuse from my high school boyfriend during my really formative years, and it stripped me down to nothing," she told the publication.

"It showed me a very dark side of relationships, and it helped inform my understanding of what was wrong with gender dynamics."

During her transition from Tinder to Bumble, rumours circulated about why she left the dating app. As Wolfe Herd explained, people were quick to judge.

"I was being told the ugliest things by complete strangers, and they were having full debates about me," she told Forbes. "I wasn't running for office. I wasn't trying to be on a reality show. I was just a girl who left somewhere."

Do you have dreams of owning your own business or you just want to take a peak behind the curtain to see how other people have done it? Then listen to Lady Startup Stories. Post continues after podcast.

When nasty comments turned to death threats, Wolfe Herd deleted her Twitter and moved to Austin, Texas, where she stayed with the family of her now-husband, Michael Herd. While laying low, she came up with the idea for a women's only social media app called Merci.

Then she received an email from an unfamiliar name, Andrey Andreev, the founder of dating app Badoo.

"My original idea was to get her as CMO at Badoo," Andreev told Forbes.

However, as Wolfe Herd recalled: "Dream on – I'm not for hire. I'm starting a company, and I don't want to be in dating." So, she pitched him Merci. While Andreev liked the idea, he suggested Wolfe Herd stick to what she knows: dating apps.

In September 2014, after she settled the Tinder lawsuit (which conveniently didn't contain a non-compete clause), she took Andreev up on his offer and they went back and forth on ideas. Then, Wolfe Herd came up with the idea for Bumble.

"I always wanted to have a scenario where the guy didn't have my number but I had his," she recalled, when speaking to Forbes.

"What if women make the first move, send the first message? And if they don't, the match disappears after 24 hours, like in Cinderella, the pumpkin and the carriage? It'd be symbolic of a Sadie Hawkins dance – going after it, girls ask first. What if we could hard wire that into a product?"

And thus, Bumble was born. 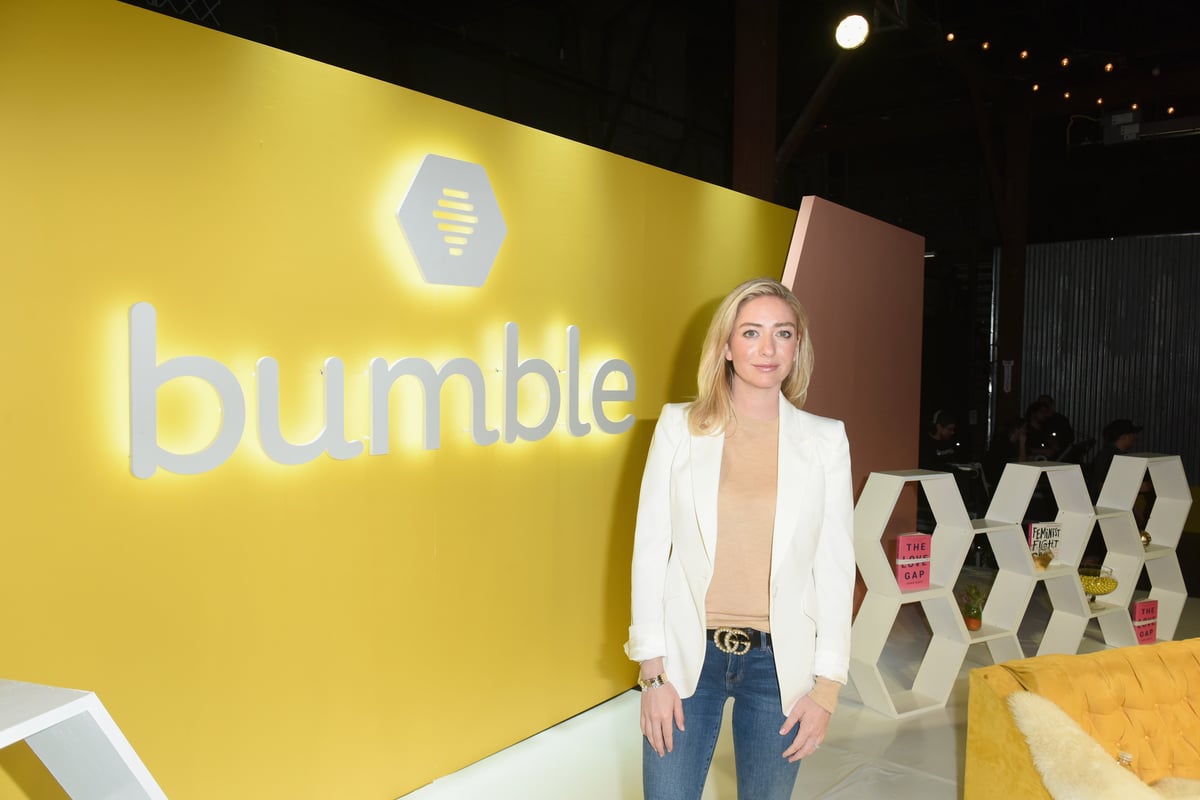 Now, six years after creating the app (that now has over 100 million users), Wolfe Herd has launched Bumble BFF, where you can make platonic friendships and Bumble Bizz, designed to help people match with potential business contacts.

"Do I think by a woman making the first move on Bumble we’re going to solve every women’s issue around the world? No," Wolfe Herd told Time.

"Do I think it’s a good first step to recalibrate an age-old system that sets us all up for failure, men and women? Yes. Because the Internet has mega power to shift behavior – if you use it for good."

On February 11, 2021, Wolfe Herd took Bumble public and became the youngest self-made female billionaire. She has an estimated net worth of $1.5 billion.

But as she explained to Time, it wasn't money or success that got her to the pinnacle.

Are you busting to start your own business but you don’t know where to start? Get info about The Lady Startup Activation Plan here.

M
miss d a year ago