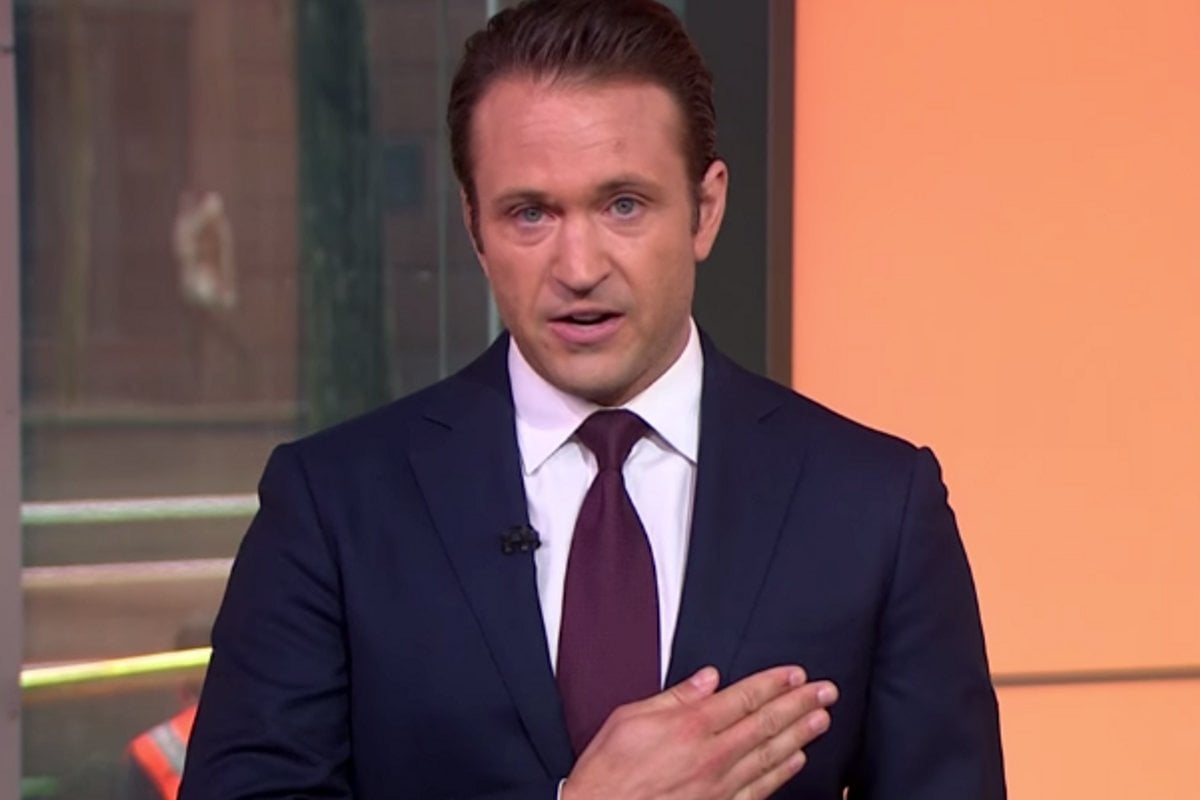 On a Sunday in mid-November last year, an article was published in the Good Weekend about the social media campaign that 'almost killed' Hugh Sheridan.

"They cancelled me as a human," Sheridan said, referring to the backlash that had struck a year earlier against the actor's casting as the lead in the musical Hedwig and the Angry Inch.

Sheridan told reporter James Button about the "horrific messages" they (Sheridan now identifies as non-binary) started to receive on Instagram. Members of the trans community had penned an open letter calling for them to be dropped from the role, arguing it should be played by a trans actor. But despite the American creators of the show confirming that Hedwig was not a trans character, and could be played by anyone, the Australian producers cancelled the show.

In the year that followed, Sheridan shared that they were attracted to both men and women, and that they identify as non-binary. In that time, Sheridan was hospitalised to undergo mental health treatment, triggered by the Hedwig controversy.

Of course, there was a point to be made about trans representation, and about the inarguable dominance of white men in media and the arts. But when that mutated into a campaign against Hugh - the flesh and blood human being - the logic dissipated. You had a person who had morphed into an ideology. A person who now functioned as a stand-in for everything society gets wrong about inclusion, equality and diversity.

Surely there was a lesson in the Hugh Sheridan story.

The following day, another story broke.

Weekend Sunrise host Matt Doran had been suspended by the Seven Network for two weeks, after he flew to London to interview Adele and failed to listen to her album beforehand.

The interview had been part of a $1 million package for the network, which also included the broadcast rights to Oprah's One Night Only special and two-hour concert. Doran's time with Adele was an Australian exclusive, but reportedly, when he admitted during the interview that he hadn't listened to the album, Sony blocked Seven from using the interview footage.

From the moment the story broke, the tone was clear. Doran hadn't "bothered" to listen to the album. He had "failed to do literally the bare minimum of his job" and his behaviour was "privilege personified". Those were the words published, and repeated day after day, by reputable news sites.

Some sources said Adele was "furious" - although that was never confirmed.

Then, of course, there were the commentators. Journalists, comedians, established names who work in the arts. They tweeted about "the obvious and frankly mind-blowing unprofessionalism," of Doran, calling his behaviour an "absolute slap in the face" to Adele. They described him as a 'journalist' (in quotation marks, as though he was no longer deserving of the title he'd held for almost 20 years) who had only taken the opportunity to "gain a greater platform" for himself.

He was "just the most recent poster boy for white dudes failing upwards," who was evidence that "hired on merit" wasn't a genuine concept. The calls to fire him were so ubiquitous they became background noise.

By the end of that week, Doran had issued an emotional, self-flagellating apology on national television.

"I want to address something that’s made headlines this week," he said.

"This is a story that has sparked a torrent of abuse and mockery around the world.

"If I’m being honest with you, the bulk of this abuse I deserve and totally own.

"I flew to London to interview Adele - an unspeakable privilege that was to be one of the highlights of my career."

He explained he had made the "terrible mistake of assuming" that he wouldn't be provided with Adele's album - which had not yet been released to the public - prior to the interview.

"The day after we landed in London, an email came through from Sony which didn’t mention Adele but contained a link to her album," he said.

"The genuine, dead-set, hand-on-heart truth is that I missed it. By an absurdly long margin, the most important email I’ve ever missed in my life."

He confirmed that Adele did not storm out of the interview, as had been reported. The interview in fact went overtime, and he found Adele to be profound, funny, raw and honest.

"By missing the album link, however I might try to justify it, I’ve insulted Adele," he said.

"To Adele I say: I’d never have knowingly disrespected you by deliberately not listening to your work. I’m so sorry."

"I am so sorry"@MattDoran22 apologises to @Adele and her Australian fans over his recent interview with the music superstar. pic.twitter.com/0DeJtUe3gW

"I also apologise to Adele’s Australian fans - who through my error have been denied this interview and the insight into her character.

To some, this apology - lengthy, serious and for a 'crime' whose tangible harm was unclear - "fell flat".

This was a man who had missed an email. A man who, like all of us, had lived through an unprecedented two years where every facet of life had been disrupted. A man living with and looking after his mother Paula, who battles a rare disease.

Three months down the track, The Sunday Telegraph has now reported that Doran has been relieved of his duties with Seven, "to focus on his mental health". The 38-year-old has checked into a mental health rehabilitation facility and is expected to take a few more weeks off from Weekend Sunrise.

A source told the publication he "is battling severe and chronic depression," and the fallout from the Adele interview put him into a "terrible head space".

For those of us who have witnessed pile-on culture up close, we could've predicted this outcome during that week in November when the criticism was relentless. The week that started with a story about a broken Hugh Sheridan, and ended with a global story about Matt Doran: a man who - without the benefit of any kind of perspective - apparently wholly deserved to be broken.

Our anger, more days than not, isn't directed at dictators or extremists or criminals. It's aimed at the people who symbolise those things - who represent power imbalance rather than actively cause it. But for Sheridan and Doran, just as for you and me, it hurts to be hated. It hurts to be ridiculed. And it's hard to see your own privilege when you've been kicked so deeply into a hole that seemingly has no way out.

Of course, for the individual who tweets or comments or writes an article or gives a soundbite, the cumulative effect of what's happening isn't visible. They're simply weighing in.

But it's like asking someone to carry a rock. Give them one and they can cope. Give them a thousand and you bury them.

It's a lesson we seem to have been taught time and time again, but it's not sinking in. Months or years after a story like Doran's, we learn of how an online pile-on impacted a person's mental health, and in rare cases was linked to thoughts of, or attempted, suicide.

Then the hours pass, and like the memory has been erased, we start again. Out for blood - determined to have the best take about someone else's worst day.

It's a broken cycle that leaves in its wake broken people. Who were never - as individuals - guilty of the degree of crime they were punished for.

Reply
Upvote
Great piece. Everyone is so quick to jump on the bandwagon these days and express outrage before stopping to either understand the full picture, or look at the real people behind the headlines. So much for kindness during a pandemic!
K
karen.docking1 4 months ago