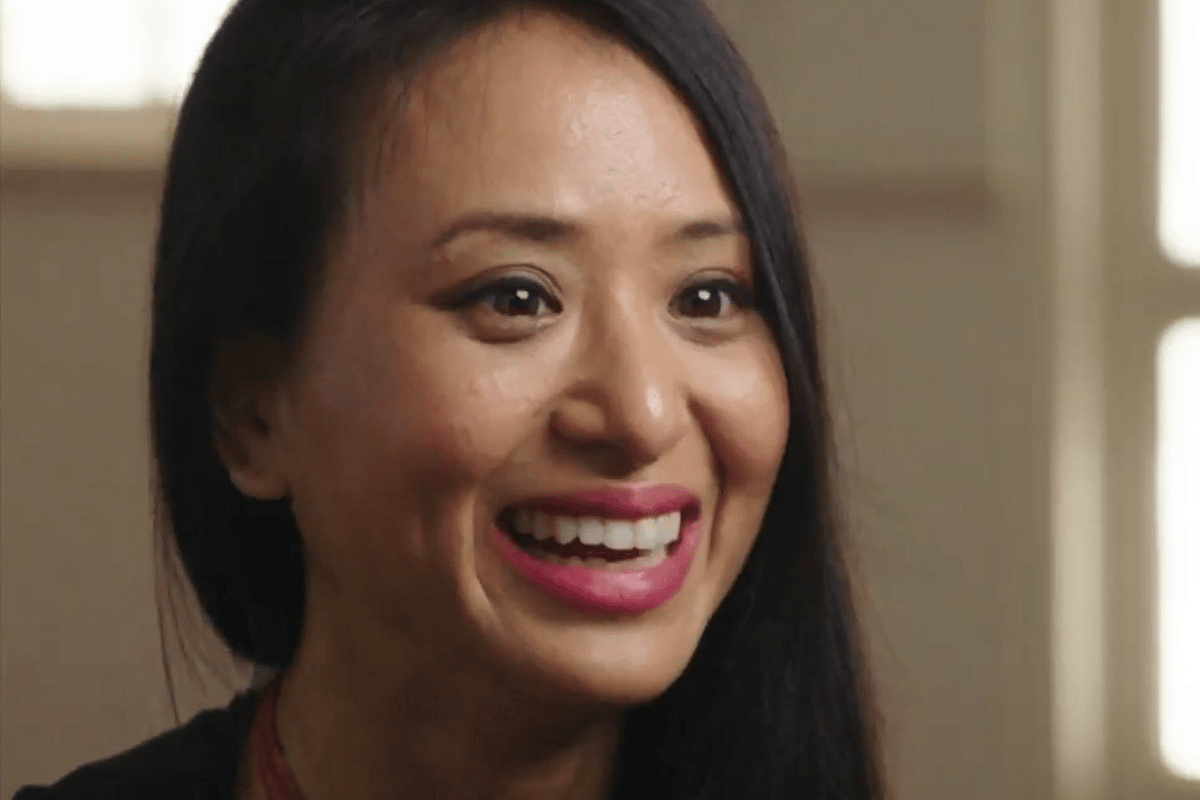 As a child growing up in Brisbane, Maria Tran was fascinated by 80s martial arts films.

She would envision herself in one; her alter ego was the underdog that became the one everyone cheered for.

The films were outlandish and yet somehow, relatable.

Maria Tran on Where Are You Really From? Post continues below.

"My alter ego wanted to be an action star because growing up watching a lot of the 80s Asian martial arts films, I thought they represented what I wanted to be," Tran told Mamamia.

"We're the underdogs in Australia, but when I get to watch these films, we get to be the heroes."

Tran is a second generation Vietnamese-Australian. Her parents, who both came to Australia by boat after the Vietnam War, ran a fish and chip shop, which was located 12 minutes from their closest competition, Pauline Hanson. The takeaway shop became a symbol of the family's goal to "make a difference and contribute" to their adopted homeland.

Tran will appear on the first episode of season three of Where Are You Really From?, which is premiering on SBS on Tuesday.

Speaking to Mamamia, Tran shared that while the most vivid memories of her childhood revolve around the closeness and vibrancy of the community she grew up in, she also felt conflict between her Vietnamese and Australian identities when she was younger.

"Growing up I was in between cultures. My parents were quite traditional Vietnamese, they wanted to maintain the language, every single weekend we'd have huge get togethers and community parties where aunts and uncles would share their recipes — things like that," she said.

"But at the same time, they wanted me to do well in school, to still be a part of Australian culture, to be good at English, etc, so I was kind of torn between [the two cultures].

"Sometimes I felt like I wanted to be more Aussie, and only later on as an adult did I realise I wanted to know more about myself, my community, and my identity." 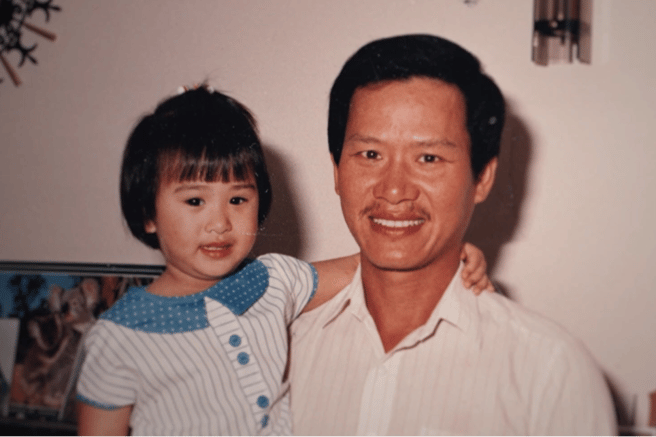 Maria and her dad. Image: SBS.

This revelation was spurred on by the discovery of what her parents went through to get to Australia.

Tran's father spent six years in "re-education camps" following the Vietnam War, and her mother, previously a gym coach and marketing worker, tried to leave seven times before she succeeded.

"When the war happened, it uprooted her. She had it in her mind she needed to get out, she wanted to see a future," Tran said.

"All these years growing up, I was escaping my own culture. I was like, 'No I don't want to be Vietnamese, I want to be Australian'. I was always asking all these 'whys' and 'what if I was not from migrant parents?'. But then as I got older, I was fascinated by not just my family's journey but the richness of the culture.

"And now we're here in Australia, we get to explore that and share it, and also rediscover it as well."

Tran recalled facing racism as a child, before she could even fully comprehend what that was.

"Growing up I had difficulties forming friendships, and I think there was a reason because I did look different," Tran recalled.

"I remember kids used to pat me on my hair, and I used to think it was endearing but then only later on did I realise that was because I was different and that's a bit exoticisising.

"There were a couple of instances where I did get bullied and I didn't tell my parents, but I knew at that time that — you know, kids being kids — when they pick on you, they say names like 'ch**k'. At first, you think, 'oh, that's cool', they're talking to you so maybe they could be your friends. But later on you realise — they're not really your friends, they're just pointing you out because you're different."

It was ultimately the bullying that led her down the path of martial arts. Now, Tran is an international stunt artist and actress.

"When you know you're different, you kind of want to be hidden away. You know you're different because people don't want to connect with you, or they give you certain looks. Therefore, it causes you to act a certain way, and I was always one to shy away from situations. Martial arts allowed me to embrace who I am, and realise it's okay to be seen and heard, and expressive. My energy changed."

🥋BACK INTO TRAINING 🥋 Thanks to 先生 Takashi Hara for the training. @takashi_samurai3

Taking part in SBS' Where Are You Really From? was a chance to go back to the community that raised her and share with them her success.

"I know so many people within my community who at a certain time, at a certain age, feel this urge to find themselves. If they don't find themselves, they feel so lost. And with that lostness, there is a ripple effect through their families and their elders.

No longer the underdog, Tran is the hero she always wanted to be.

The third season of Where Are You Really From? begins on SBS and SBS On Demand on Tuesday June 23 at 9.30pm.