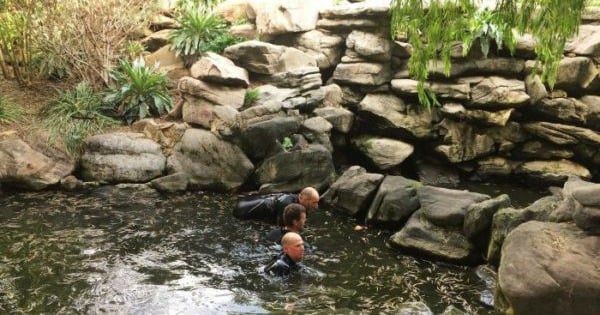 An autopsy performed on a woman pulled from a pond in Adelaide’s parklands on Sunday has confirmed she drowned in fresh water, but police say there are still unanswered questions.

Police and ambulance crews were called to Veale Gardens about 6:30pm on Sunday after reports of a woman in a wheelchair falling into a pond.

The body of Helen Dansie, 67, was retrieved from water 1.5 metres deep by police divers.

Attempts to revive her failed and she was pronounced dead at the scene.

An investigation commenced, with detectives talking to her husband, who was also at the scene, and an extensive search undertaken of a nearby car.

Despite an autopsy on Monday confirming her death by drowning, police said the full circumstances of the death remained unexplained and further details were required.

Police divers today returned to Veale Gardens to carry out a more detailed examination, which also included undertaking a re-enactment, draining the pond, and door-knocking nearby residents.

They said some people had provided information to the police but urged anyone with further information or who witnessed the incident to contact Crime Stoppers.