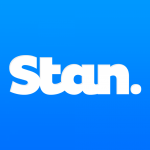 You can’t be what you can’t see, which is why it’s important that our screens are filled with complex female characters in today’s entertainment landscape.

But over the years, we must remember the leading ladies who have completely changed the game in terms of how we view women in pop culture.

Here are five iconic women who have paved the way for complex heroines onscreen, and continue to do so as new generations discover them (all of these shows are now on Stan).

The idea behind the character is to flip a very popular trope in entertainment: That quintessential movie scene where a young blonde woman wanders off down a dark alleyway and is killed by a vicious monster. The character of Buffy is the representation of what would happen if that young woman actually fought back?.

Buffy is The Chosen One, the Slayer of her generation who would stand against the forces of darkness. But there’s also a lot more to her than sheer strength and battle skills.

She is also a loyal friend, a flawed hero who makes mistakes, and can always nail a witty one-liner. No one pulls off a better pun while driving a stake through a vampire’s heart than Buffy Anne Summers.

The evolution of her character into a true leader was always mesmerising to watch over the show’s seven seasons and no matter how many times you’ve watched this story unfold before, it’s always continually surprising and worth a rewatch.

For Sandra Oh, now in Killing Eve, it's been a landmark role. She became the first Asian actress to be nominated for the Primetime Emmy Award for Outstanding Lead Actress in a Drama Series, and the first Asian woman to win two Golden Globes.

But the character of Dr Cristina Yang herself is notable for many reasons. She is always completely unapologetic about being particularly career-focused and overly competitive, and up until Cristina appeared onscreen these were not usually desired traits in female characters.

Cristina continued to be a bad-ass for her entire residency on Grey’s Anatomy, from performing complex surgery in the dark to being completely open and unapologetic about her sex life, there was never quite a character like Cristina.

She also showcased that it's possible to be competitive and still forge strong friendships. Through thick and thin she always saw Meredith Grey as her 'person'. And who could ever forget her parting words to her closest friend during her final moments in the show?  "He's very dreamy, but he's not the sun, you are."

Iris West from The Flash.

For the uninitiated, superhero series The Flash centres around crime scene investigator Barry Allen who gains superpowers and super-speed after being struck by lightning following a particular accelerator explosion.

However, fans of the series can all now agree that the true heart, soul, and heroism of the long-running show can all be traced back to Barry's childhood best friend turned love interest, Iris West.

As a fierce and smart news reporter who becomes the leader of Team Flash, Iris West is a leading lady like no other.

Candice Patton, the actress who portrays Iris, has also been incredibly outspoken about the role, which up until her cast announcement had always been considered a white character.

"People are always going to fight against change," Candice Patton has said. "But I think I’ve kind of solidified the role, and it doesn’t bother me anymore. That’s a really cool thing that young girls of colour can see themselves as the ingénue.”

Seinfeld is still considered one of the most iconic, beloved and quotable comedies of all time, and the character of Elaine (Julia Louis-Dreyfus) has a lot to do with that legacy.

Elaine is compelling because of character traits that are now seen in many female characters on our screens, but back when Seinfeld first aired she was blazing her own (hilarious) trail.

She is unapologetic about her quirks and self-centred behaviour, which until she came along were traits usually reserved for male TV players.

Elaine Benes laid the foundation for many comedic characters that have graced our screens since then, from Liz Lemon of 30 Rock through to Annie from Shrill, female characters now have a license to be unkempt, relatable and at times just downright annoying, all because of Elaine.

Robin Scherbatsky from How I Met Your Mother.

Robin Scherbatsky (Cobie Smulders) may have first been introduced as just one of many love interests for How I Met Your Mother's leading man Ted Mosby, but she quickly morphed into a fully formed and complex character.

Robin is a straight talker with boundless self-confidence and a fondness for hard liquor, but allows herself to sometimes be vulnerable and messy, especially when she feels heartbroken.

She is also very clear on her decision not to have children, a decision she refuses to be apologise or be ashamed for.

It's a storyline and a character choice never before explored on a primetime comedy show.

Who's your fave character from this list? Which female characters changed the game for you?

You can watch all of these iconic shows, as well as all-time including Friends, Will & Grace, The Office, Breaking Bad, Supernatural, Parks & Recreation and more on Stan right now.

All of your favourites like Grey’s Anatomy, How I Met Your Mother, and Buffy the Vampire Slayer are now on Stan, the unrivalled home of iconic TV series. Start your 30 day free trial now!