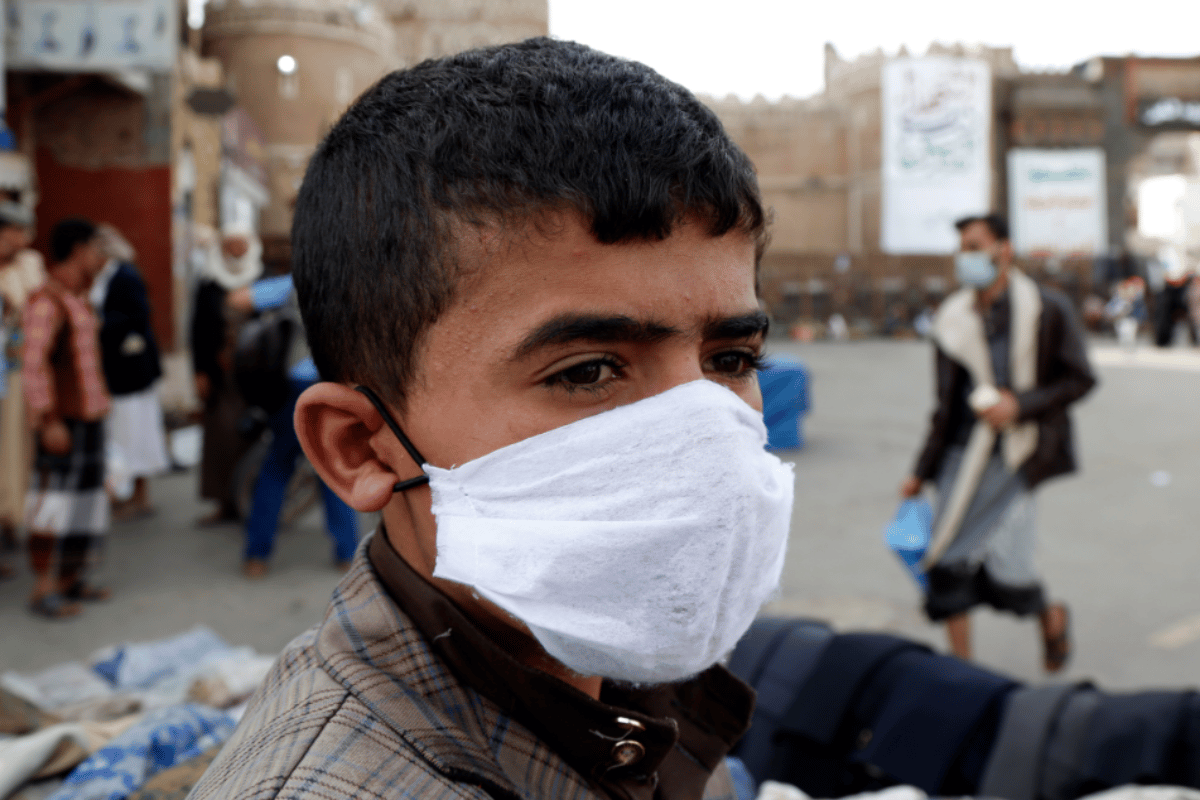 All over the world, the COVID-19 pandemic has decimated economies, livelihoods, and healthcare systems. More than 440,000 people have died after contracting the virus, with the impacts of pandemic likely to be felt for years.

But what happens when an emergency occurs in the context of another emergency? When a health crisis falls on a country already facing the largest humanitarian crisis in the world?

What is happening in Yemen has come and gone from the headlines multiple times over the years, but throughout June social media has started to stand up and take notice.

YEMEN IS SUFFERING THE BIGGEST HUMANITARIAN CRISIS AND THE WORLD IS SILENT. @muslim’s bio, or our stories for how you can help.

For five years, the country has been at civil war. It's been in famine for four, and dealing with a cholera outbreak at the same time. Now, COVID-19 has entered one of the world's most vulnerable states.

What is happening in Yemen?

THE WAR IN YEMEN EXPLAINED: pic.twitter.com/larvDQXSuP

More than 24 million people - around 80 per cent of the country's population - require humanitarian assistance in Yemen, including more than 12 million children.

Things did not improve under Hadi; he failed to deal with corruption, unemployment and food insecurity, plus a number of rebel and separatist movements.

Taking advantage of the president's weakness, the Houthi movement, which champions Yemen's Zaidi Shia Muslim minority, gradually took control of Saada province and neighbouring areas in the country's north, and in late 2014 and early 2015 they took over the capital Sana'a.

In March 2015, the Houthis attempted to full coup of Yemen, forcing Hadi to flee to Saudi Arabia.

On March 26, Saudi Arabia announced Operation Decisive Storm and began airstrikes in Yemen. It announced its intentions to lead a military coalition against the Houthis, whom it claimed were being aided by Iran, although Iran denies this. The coalition includes the United Arab Emirates, Kuwait, Qatar, Bahrain, Jordan, Morocco, Sudan, Egypt, and Pakistan.

Since 2015, Saudi Arabia has led a blockade of Yemen, cutting off sea, land and air borders.

What has been the cost? 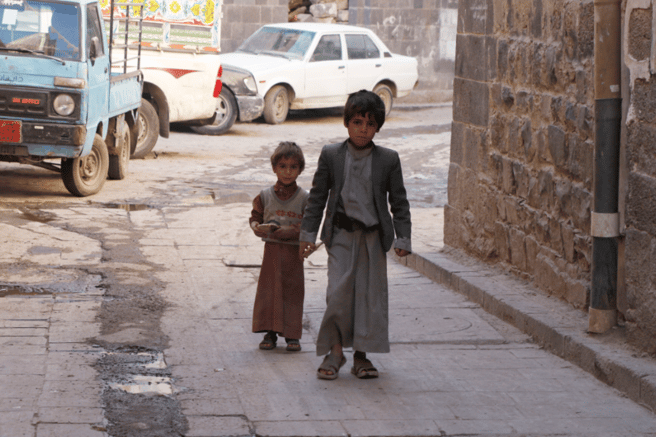 The blockade has led to a famine which has been ongoing in Yemen since 2016.

In 2019, a United Nations report said the Saudi-led coalition was using the starvation of civilians as a war tactic, and said the United States, United Kingdom and France could be complicit in the war crimes by supplying the coalition with arms.

Millions of Yemenis have been displaced, and the country's healthcare system has essentially collapsed.

In 2018, UNICEF stated a child under the age of five was dying every 10 minutes of preventable causes. It estimated thousands of children had been killed and injured in direct conflict, and at least a thousand more - some as young as eight - recruited by warring parties.

"The conflict in Yemen has a disproportionate impact on women and children. Yemen is already one of the worst places on earth to be a woman or a child. After five years of conflict, more than 12 million children and six million women of childbearing age need some kind of humanitarian assistance. Their health, nutrition, safety and education are already at risk as systems collapse from the fighting. More than a million pregnant women are malnourished. As COVID-19 spreads throughout Yemen, their futures will be at even greater risk," a UNICEF statement said on May 28.

"These outcomes are almost certainly a result of the conflict. More than five years of war have devastated Yemen’s health infrastructure, subjected Yemenis to repeated disease outbreaks and malnutrition, and substantially increased vulnerabilities. Civilians continue to bear the brunt of the conflict, with close to 100,000 Yemenis having been forced to flee their home since the beginning of the year."

There is also a cholera and diarrhoea epidemic, with more than 137,000 cases recorded since the beginning of the year.

What about the coronavirus pandemic? 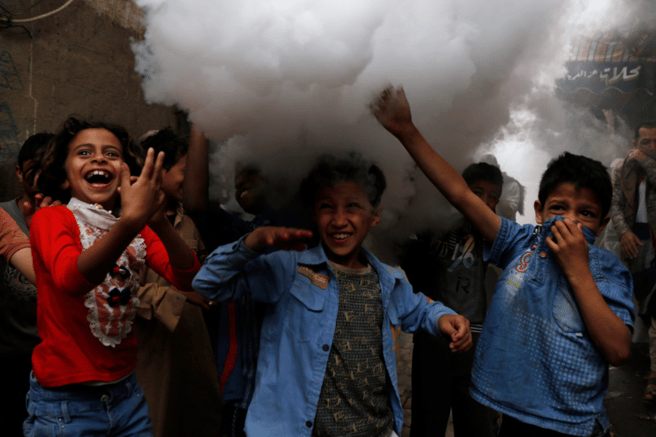 Children walk amid disinfectant being administered at a market on April 30, 2020 in Sana'a, Yemen. Image: Getty.

Yemen is in no position to handle a pandemic, but COVID-19 has already spread within the community creating an emergency within an emergency.

Sanitation and clean water are in short supply, and the health services that are running lack basic equipment such as masks and gloves, let alone equipment to treat patients.

On June 15, the country’s national committee against the virus said 116 more cases have been recorded, putting the total infections at 844. The casualty rate is nearly 25 per cent. The country lacks testing capabilities too, meaning the actual number is likely much higher.

"In spite of the efforts of local health workers and international agencies, the health system is buckling further under the additional strain of COVID-19," UNICEF said last month.

The United Nations is US$1 billion short of its minimum funding target, Lise Grande, the head of the UN's humanitarian operations in Yemen, told CNN on June 12.

"So in the time of COVID what this means is that we're going to see approximately half of the hospitals which we are currently supporting in the country closed down - and that's going to be happening in just the next few weeks.

"A week before the first COVID-19 case was confirmed in Yemen [in April] we ran out of money and had to stop allowances for 10,000 frontline health workers across the country. In the middle of COVID, it's devastating," she added.

How can I help?

If you are in a position to do so, there are many organisations and groups working both on the ground in Yemen and from abroad that need financial help.

Other funds include Save the Children, CARE Australia, the UN Refugee Agency and Oxfam Australia.