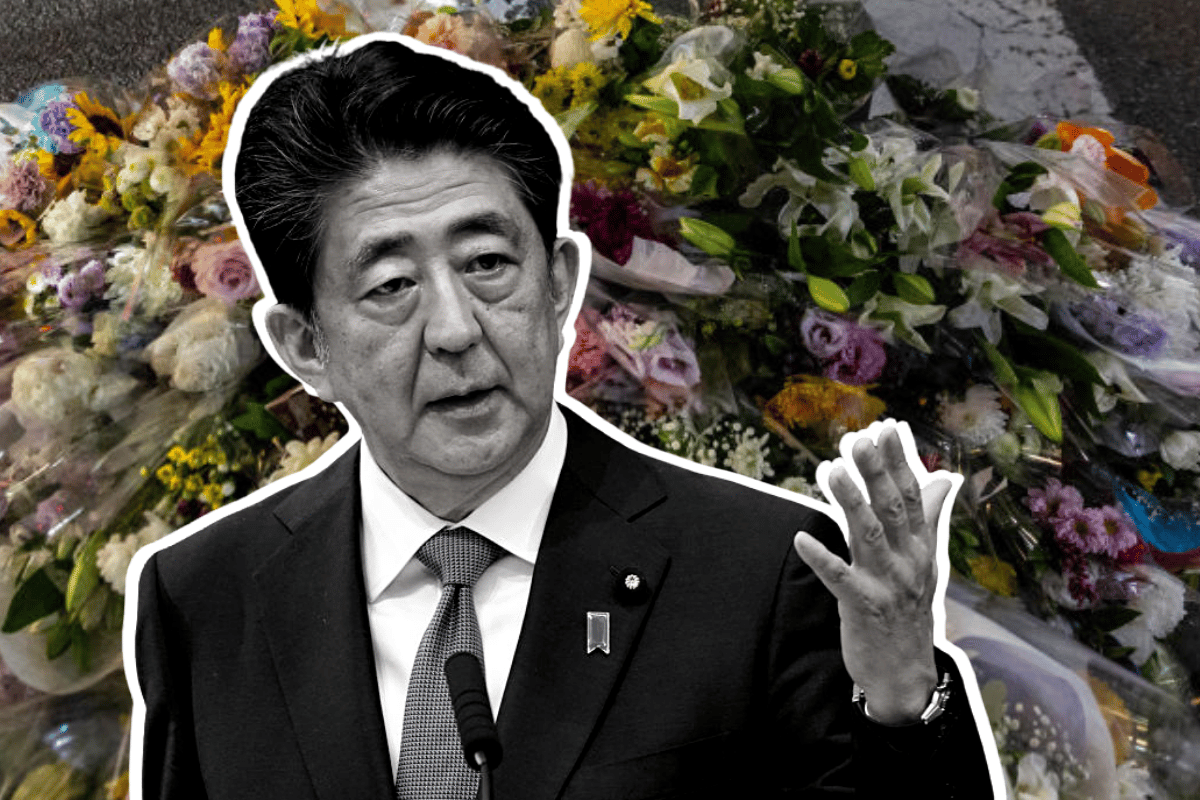 Japan's longest-serving premier, former Prime Minister Shinzo Abe was fatally shot from behind while giving a campaign speech in the city of Nara on Friday.

The shooting suspect was arrested by police, and confessed to shooting Abe.

Japan's former Prime Minister Shinzo Abe was fatally shot while campaigning in the city of Nara at 11.30am local time, and was pronounced dead at 5.03 pm.

Shots were heard and a white puff of smoke was seen as Abe - who was still a force in Japanese politics - made a stump speech for a Sunday upper house election outside a train station in the western city, some 480 kilometres from the capital Tokyo, Japanese broadcaster NHK reported.

An NHK reporter on the scene said they heard two consecutive bangs during Abe's speech.

Police then arrested a male suspect at the scene who confessed to the shooting.

The gunman has been identified as 41-year-old Tetsuya Yamagami, who is unemployed, and a former member of the Japanese navy.

He told police he held a grudge against a 'certain group', and used a homemade gun to shoot Abe in the left side of his chest and neck, as he believed he had ties to it. 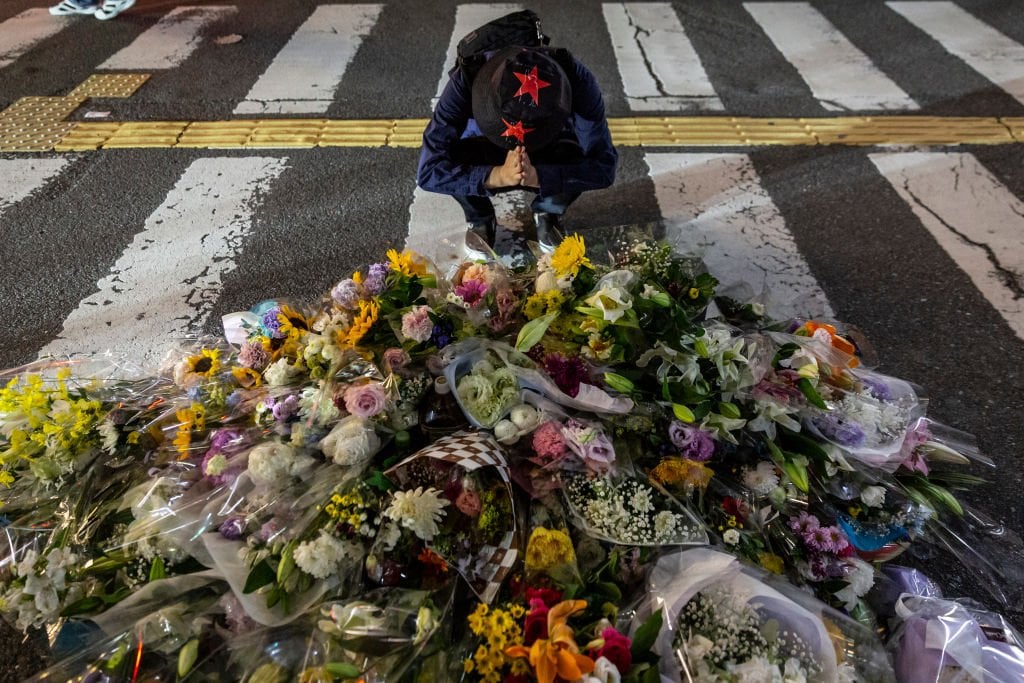 Tributes have been left for the former PM across Japan. Image: Getty.

What is former Prime Minister Shinzo Abe's legacy in Japan?

Abe was a conservative Japanese leader who came from a family of politicians.

He was elected to Japan's parliament in 1993, and became the youngest post-war leader to Japan in 2006, at 52 years old. He resigned a year later due to health issues, but was re-elected again in 2012.

Abe was an economics focused leader who led the bid for the Tokyo 2020 Olympics, aiming to revive Japan's struggling economy.

He resigned as prime minister in August 2020, again citing illness as the cause.

"I have decided that I will step down as prime minister, with the belief that I cannot continue being prime minister if I do not have the confidence that I can carry out the job entrusted to me by the people," Abe told a news conference at the time.

How has the world has reacted to the assassination?

Shocked and saddened by the tragic death of former Japanese PM Abe Shinzo. He was a great friend and ally to Australia. Deepest sympathies to his family and the people of Japan. We mourn with you. pic.twitter.com/ms9Va9OPN4

Shinzo Abe was the determined leader of a proud country, and a man I held in deep respect. The world is much diminished by his loss. He was a good friend of the @AsiaSociety. https://t.co/JVBECVgL1t

With the death of Shinzo Abe in an act of shocking violence, Australia has lost a great friend and Japan has lost its most significant post-war leader.

Under Abe, Japan assumed its rightful place as the leading democracy of the western Pacific. pic.twitter.com/wDFzX8D4L1

I am shocked and saddened by the assassination of my friend and longtime partner Shinzo Abe in Japan. Former Prime Minister Abe was devoted to both the country he served and the extraordinary alliance between the United States and Japan.

His global leadership through unchartered times will be remembered by many. My thoughts are with his family, friends and the Japanese people.

The UK stands with you at this dark and sad time.

"Really BAD NEWS FOR THE WORLD! Former Japanese Prime Minister Shinzo Abe is dead. He was assassinated. His killer was captured and will hopefully be dealt with swiftly and harshly.

"Few people know what a great man and leader Shinzo Abe was, but history will teach them and be kind," Trump lamented. "He was a unifier like no other, but above all, he was a man who loved and cherished his magnificent country, Japan. Shinzo Abe will be greatly missed. There will never be another like him!"

In a statement released on Twitter, Queen Elizabeth said:

"My family and I were deeply saddened to hear the news of the sudden and tragic death of former Prime Minister Shinzo Abe.

"I wish to convey my deepest sympathy and condolences to his family and to the people of Japan at this difficult time."

Horrible news of a brutal assassination of former Prime Minister of Japan Shinzo Abe. I am extending my deepest condolences to his family and the people of Japan at this difficult time. This heinous act of violence has no excuse.

Prime Minister of India, Narendra Modi declared a national day of mourning for India following the death of Shinzo, writing: "As a mark of our deepest respect for former Prime Minister Abe Shinzo, a one-day national mourning shall be observed on 9 July 2022."

"I am shocked and saddened beyond words at the tragic demise of one of my dearest friends, Shinzo Abe. He was a towering global statesman, an outstanding leader, and a remarkable administrator. He dedicated his life to make Japan and the world a better place," he wrote on Twitter

Sharing a picture from my most recent meeting with my dear friend, Shinzo Abe in Tokyo. Always passionate about strengthening India-Japan ties, he had just taken over as the Chairman of the Japan-India Association. pic.twitter.com/Mw2nR1bIGz