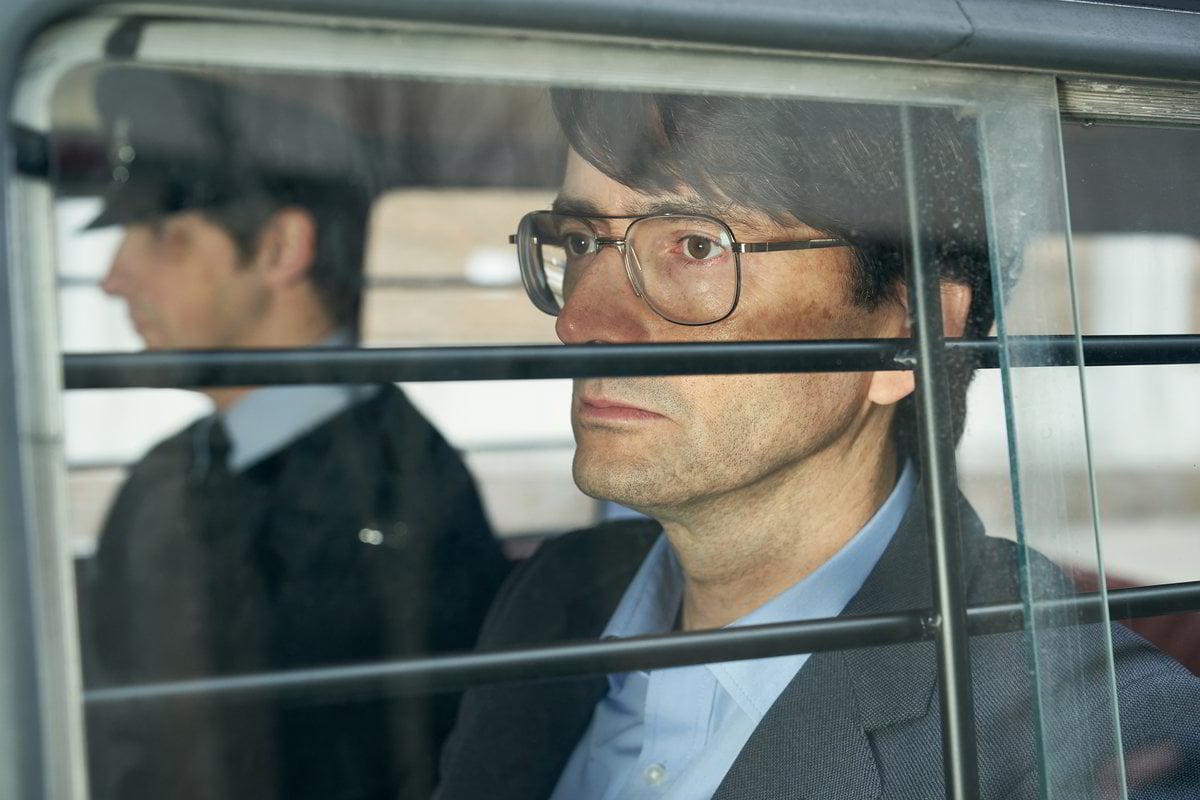 To this day, Dennis Nilsen is considered one of Britain's most notorious serial killers.

Between 1978 and 1983, Nilsen killed at least 12 young men and boys in London, and attempted to kill seven others.

Known as the Muswell Hill Murderer, Nilsen typically met his victims – who were largely homeless and/or homosexual men – in bars or on public transport, before inviting them back to his home with the promise of alcohol and shelter.

Once at Nilsen's Melrose Avenue home, his victims were typically strangled and then drowned, before being stowed under the floorboards.

After hiding the corpses, Nilsen would later dispose of them in a bonfire in the garden behind his home.

When Nilsen later moved from Melrose Avenue to an attic flat in Muswell Hill, he altered his tactics.

Unlike Melrose Avenue, Nilsen didn't have access to a garden at Muswell Hill.

Without access to a garden, Nilsen began disposing of his victims' bodies by flushing their remains down the toilet. It was this practice that ultimately led to his arrest.

Decades on from Nilsen's subsequent trial and sentencing, Stan miniseries Des is recounting the serial killer's crimes and capture.

Based on Brian Masters' biography, the three-part series starring David Tennant follows a group of police officers who are tasked with identifying Nilsen's multiple victims.

As with any true crime series, however, we still have plenty of questions about the story behind Des.

Here are six questions you might have had after watching Des, answered.

What happened to Carl Stottor?

The 21-year-old, who was struggling with depression following a failed relationship, was invited to Nilsen's flat for a drink.

But after he fell asleep in a sleeping bag, he woke up to find himself being strangled.

"Nilsen was behind me, kneeing me in the back and telling me to keep still,' Stottor recalled in 2010.

"No air was going into my lungs and all I could feel was the teeth of the zip digging into my neck as he pulled it tighter."

Once Stottor was unconscious, Nilsen attempted to drown him in the bath.

After later realising that Stottor was still alive, Nilsen revived him, and the 21-year-old took himself to the hospital.

As seen in Des, Stottor faced homophobic attacks after coming forward to the police with the story of his escape. In one particular scene, he was spat on by the public after leaving court. 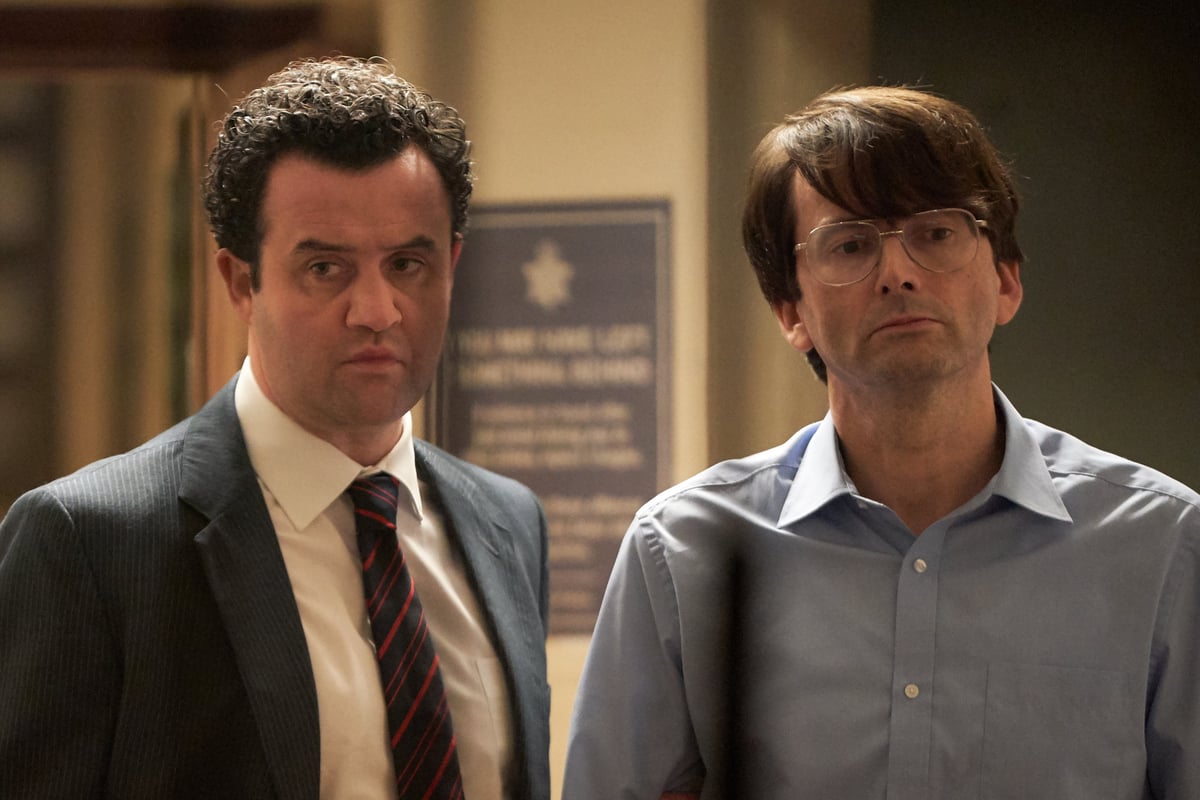 Speaking to The Angus in 2011, Stottor expressed his frustration at the fact that Nilsen was receiving financial aid.

"Why should he have his human rights when his victims haven't any? It's not justice," he said.

"This happened to be 29 years ago, and I never forgot it. I feel really angry, but this is not just about me. It is about all the people he killed too," he continued.

"This is not right. There is less help for victims than killers. I have not received a penny of help from anyone."

Stottor, who is thought to be around the age of 60, reportedly lives in Brighton.

What happened to Dennis Nilsen's dog?

When Dennis Nilsen was arrested, his beloved border collie Bleep was placed in an animal shelter.

In the second episode of Des, Nilsen (David Tennant) asks for an update on Bleep.

According to Murder Mile Tours, the border collie was put down shortly after Nilsen was imprisoned. 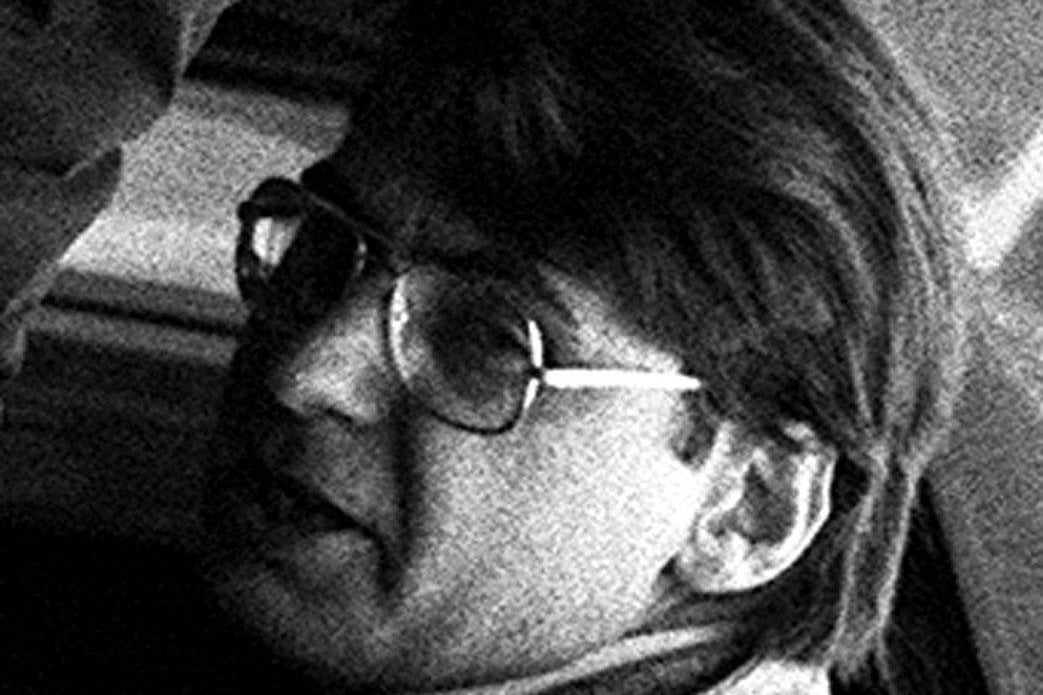 In a letter to Brian Masters, Nilsen shared that he believed Bleep was the only creature who understood him.

"When I was on my high, Bleep would become sometimes frightened," he wrote, according to Daily Star.

"She was only a simple dog but even she could see that it was not the real Des Nilsen," he continued.

"She would go off to a quiet corner and hide.

"She would greet me the next morning as though I had been away. Dogs know when your mind has been changed in a drastic way."

What happened to Dennis Nilsen's house?

To this day, Dennis Nilsen's two flats, where he killed his victims, are still standing.

Bruno and Mathilde, who renovated the home, plan to start a family there. 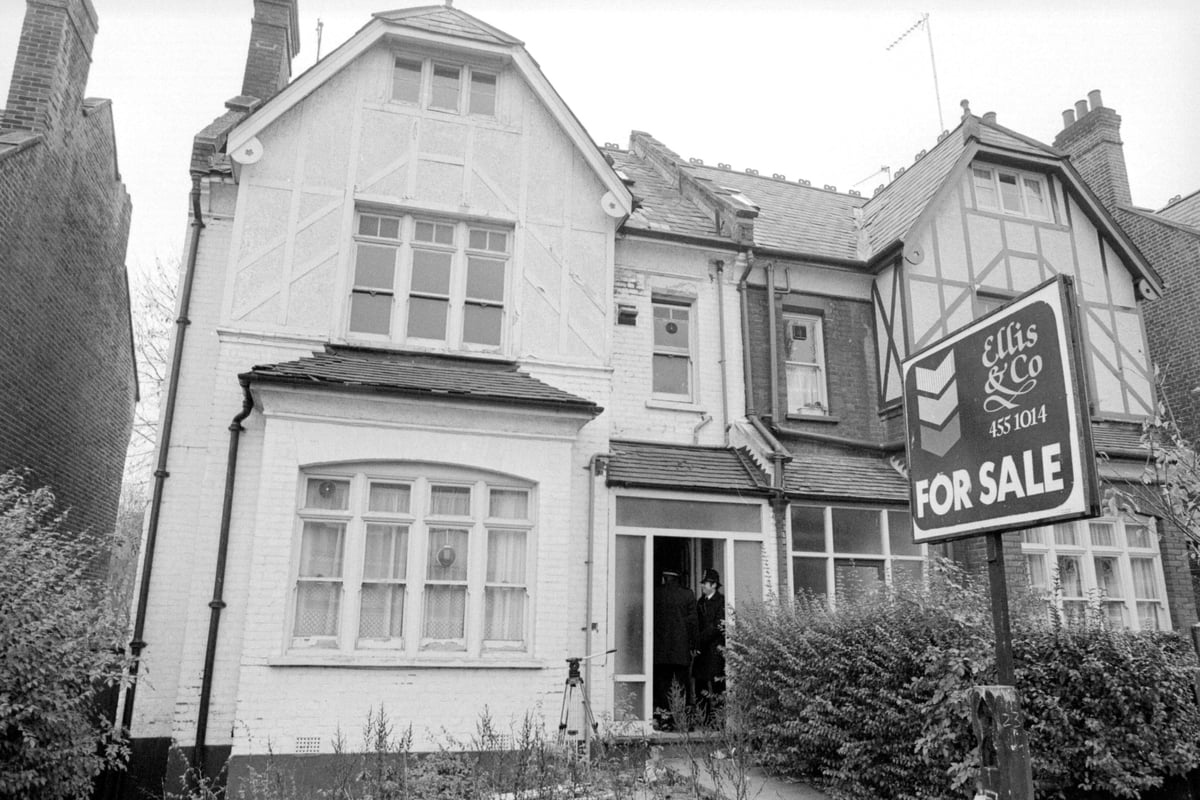 "We know a lot of people would not live here. But from the moment people see what the place looks like, it puts that to rest."

Where is Peter Jay now?

Peter Jay, played by actor Daniel Mays in the miniseries, was one of the lead detectives on Nilsen's case.

Jay, who left the police force two years after the investigation closed, passed away at 79 in 2017.

Jay's 32-year-old son Simon assisted in the show's research about his father.

"The problem with the case is that Nilsen always claims he killed 15 or 16 people. I think they only found six bodies and the police at the time shut the whole case down without Dad wanting it to be shut down," Jay's son told HertsLive.

"They could convict him for life based on the six bodies they found but he always thought they still hadn’t sought justice for the victims and their families," he continued.

"It was always a bit of a tainted case for him even though everyone looks at it as this big, positive case that they found this killer. For Dad it was always that we never got to finish it properly." 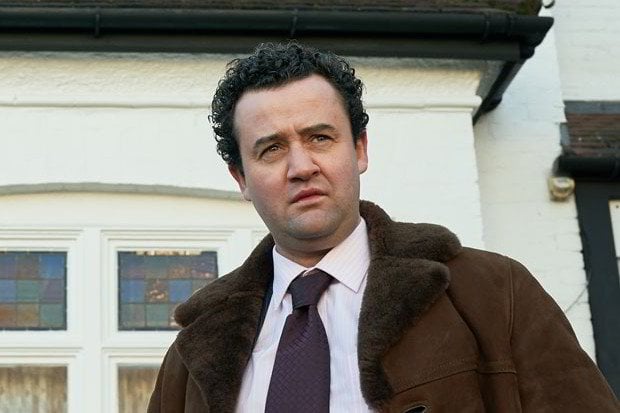 Where is Brian Masters now?

While writing the book, which was released in 1985, Masters interviewed Nilsen in prison and received more than 100 letters from the serial killer.

Since then, Masters has published his own autobiography and books about serial killers Rosemary West and Jeffrey Dahmer.

The 81-year-old also recently worked as a consultant on Des.

"It was crucially important that the treatment should not risk being an entertainment, designed to titillate rather than inform," he said, as per The Sun.

"The writer and actors made sure that nobody could mistake their commitment for enjoyment.

"One must not, and cannot, glamorise the squalor of some human behaviour." 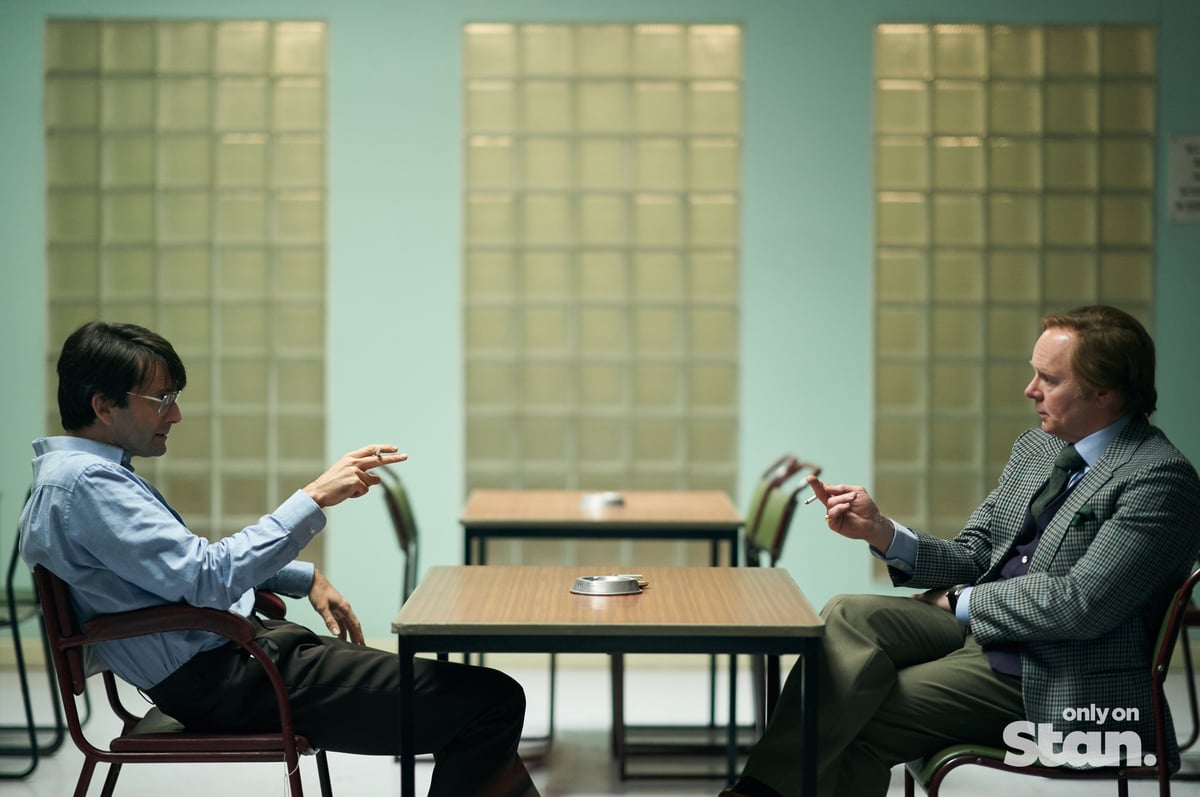 After rejecting an offer to visit the prison's health care wing, Nilsen spent his final hours in "excruciating pain".

A post-mortem found that his immediate cause of death was pulmonary embolism and retroperitoneal haemorrhage.

Des is available to watch on Stan now.

Want to know more? Memories of a Murderer: The Nilsen Tapes is available to watch on Netflix now.