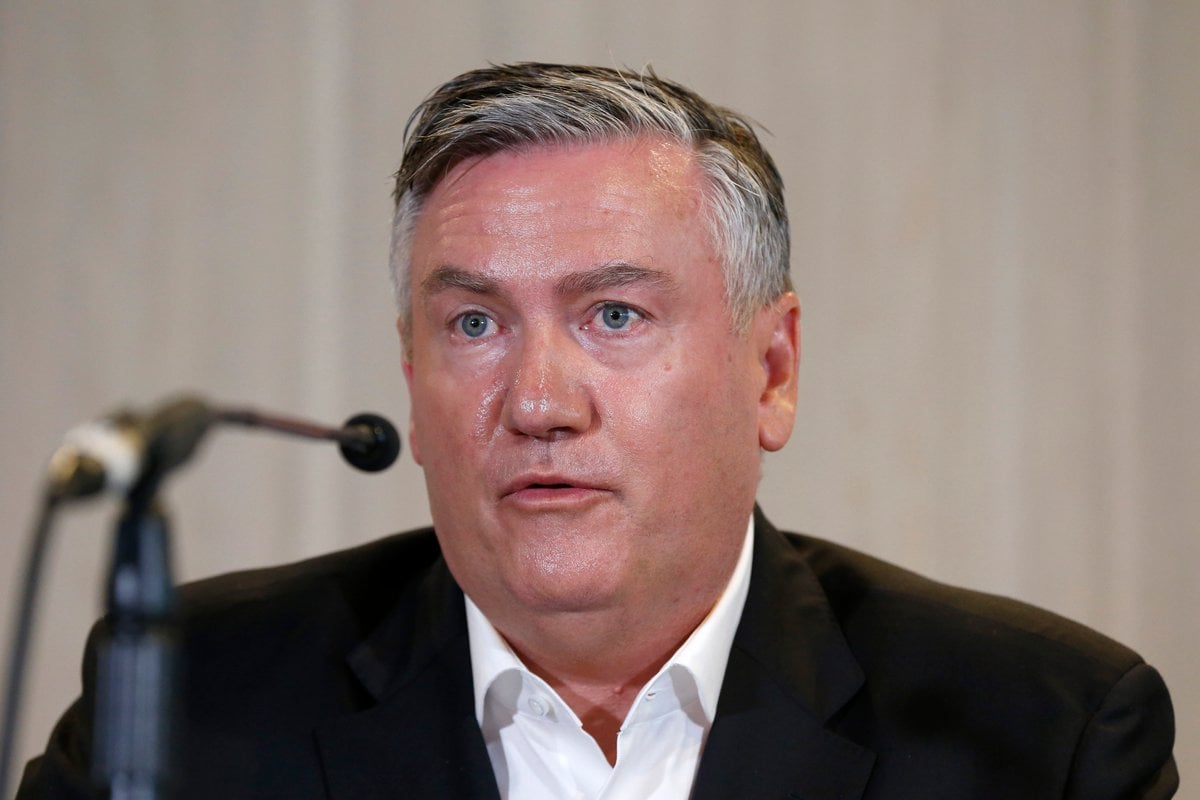 Eddie McGuire will stand down as Collingwood president, effective immediately, after 23 years with the AFL club.

"I try my best and I don't always get it right, but I don't stop trying," McGuire tearfully began his press conference on Tuesday afternoon.

The news comes nine days after Collingwood Football Club's toxic culture of systemic racism was exposed in a leaked report that outlined the need for sweeping and structural change.

The AFL team's history with racism was described as "distinct and egregious" in the leaked review, which was commissioned by the club's board last year following long-standing and well-documented allegations from former player Héritier Lumumba.

McGuire's response to the report was heavily criticised, when he called the publication of the racist report a "historic and proud day."

Addressing his controversial words on Tuesday afternoon, McGuire said: "People have latched on to my opening line last week and as a result I have become a lightning rod for vitriol and have placed the club in a position where it is hard to move forward."

Here's what you need to know about Collingwood's report, and how it led to Eddie McGuire's resignation.

What did the Collingwood report say?

The 35-page review, titled "Do Better", found that Collingwood's response to racist incidents "has been at best ineffective, or at worst exacerbated the impact".

Further, it outlined "there is a gap between what Collingwood Football Club says it stands for and what it does."

It also claimed the club was more concerned about their public image, rather than the issue at hand and the victims of their racist culture. 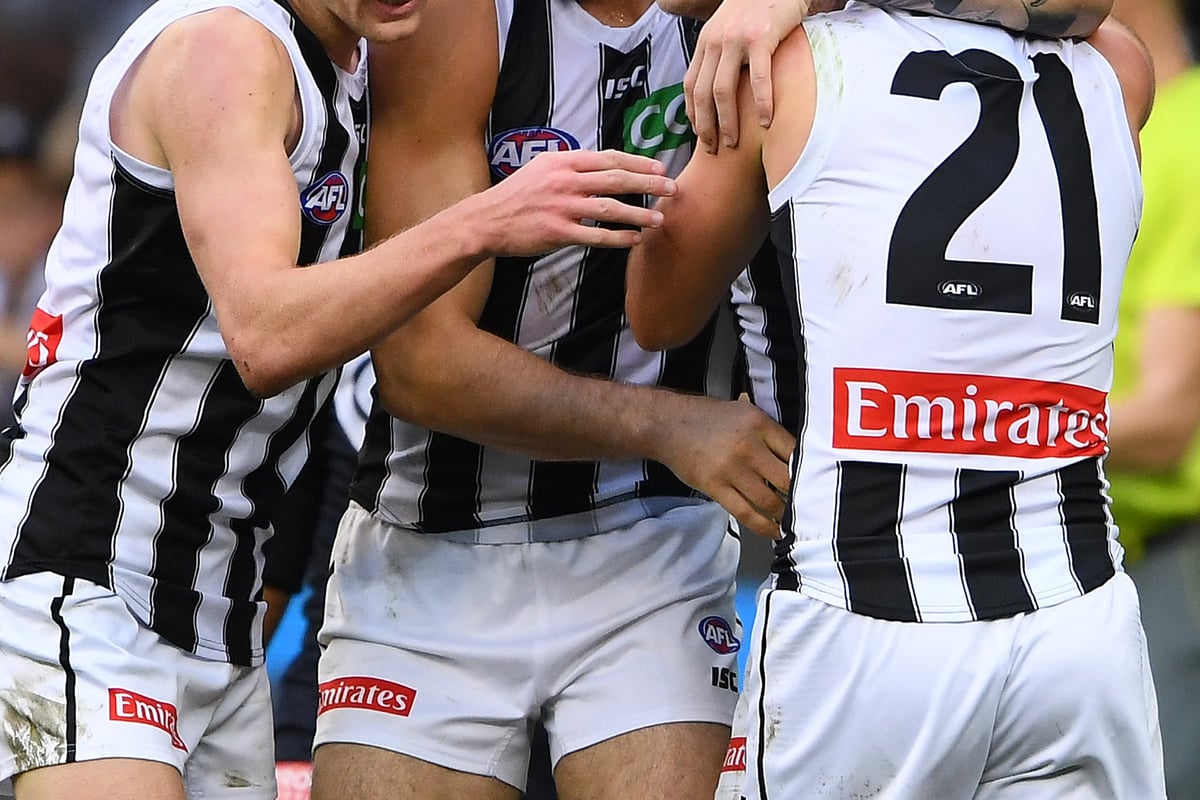 The report found the Collingwood Football Club to be guilty of systemic racism. Image: Getty.

"Collingwood's response has often been perceived as one where claims of racism are dealt with in terms of damage control and protecting the brand," the report read.

It went on to say that certain people who raised issues with the club "felt they paid a high price for speaking out".

The review made 18 recommendations for how Collingwood can address and fix their toxic culture.

The report was received by Collingwood in December, but it remained sealed from the public until late January when it was leaked to the media.

What did Eddie McGuire say? 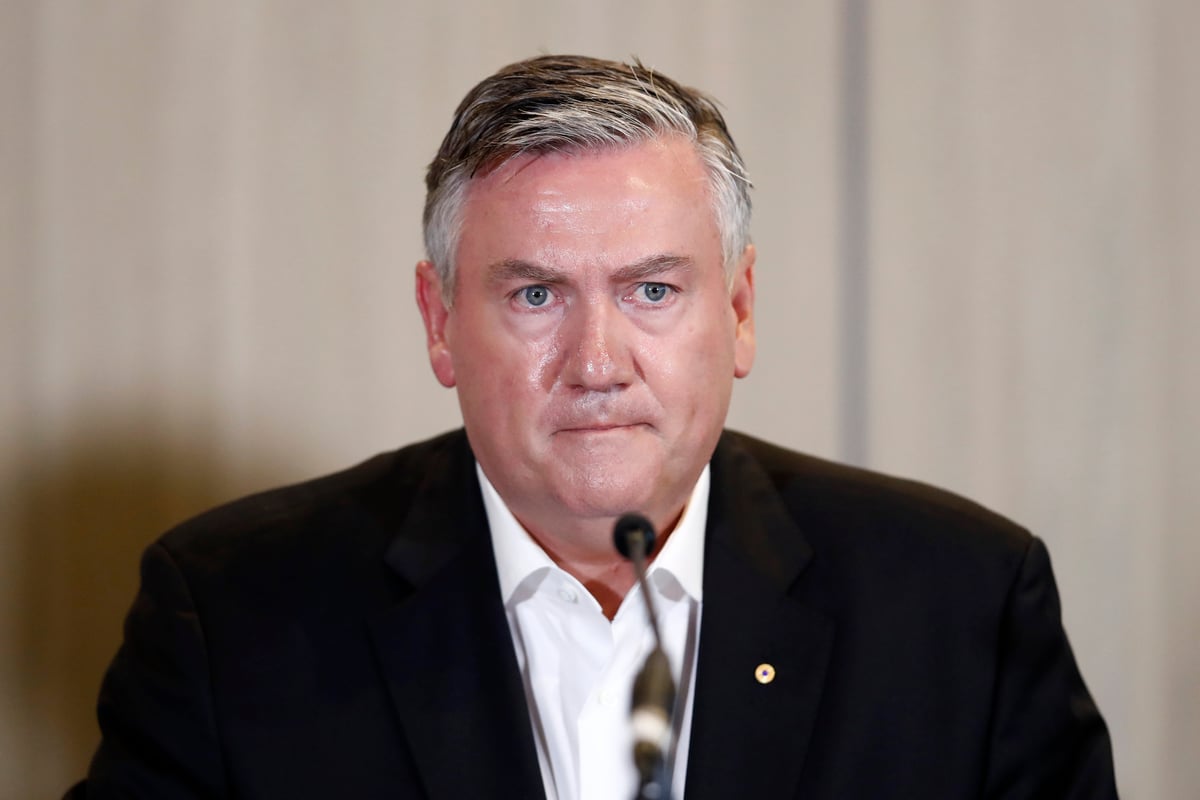 After the report was leaked to the media, Collingwood President Eddie McGuire - who was already due to step down at the end of 2021 - held a press conference last Monday.

“This is a historic and proud day for the Collingwood Football Club,” McGuire began.

“We have spent the last six years in a deep dive into how we can make ourselves better, provide leadership and conversation in the community as only Collingwood can. We have decided as a club that this fight against racism and discrimination is where we want to be."

'We didn’t want a beauty competition. We wanted to find out what we need to do things better.'

Collingwood president Eddie McGuire said it was a 'historic and proud day' - after an independent review revealed a toxic culture of racism in the club. pic.twitter.com/RTqZ4gzK3Y

“This is an area fraught with danger and recriminations. But we have decided as a club that this fight against racism, against discrimination of all types is where we want to be.

“We acknowledge our place in the wider community’s lack of understanding at times ... we make mistakes, we learn, we strive to be better.”

His response was widely criticised, with many condemning in particular his remarks that the publication of this racist report was a "historic and proud day" of this club.

This is incredible, truly. They have spun this to make themselves sound like world leaders, bench-mark setters. They're only talking today because the report was leaked, not released by them.

The only way this presser could've been even worse, is if it was booked at Four Seasons Total Landscaping.

Following the backlash, Eddie McGuire admitted he got it wrong by labelling the leaked report a proud day for Collingwood.

"I said it was a proud day and I shouldn't have," McGuire told the club's members.

"I'm sorry that my error has a distraction from the importance of the findings on racism and the work that lies ahead."

Héritier Lumumba played for the Collingwood Magpies for nine years and first raised the alarm of the club's racist culture in 2013. 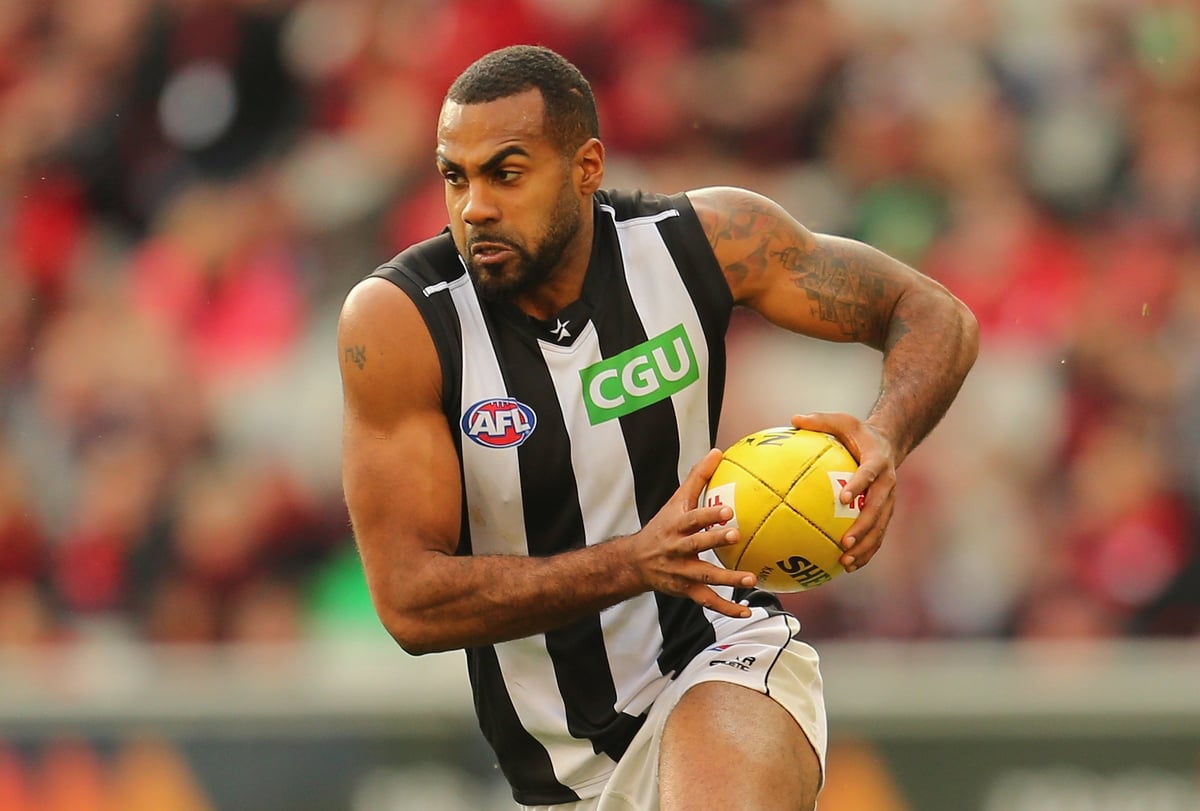 In June last year, when Collingwood announced the independent report, they referenced the allegations made by Lumumba as the reason for their review.

Lumumba chose not to participate in the club-commissioned review, saying he was tired of explaining his experiences to Collingwood people and being met with "defensiveness".

Following the release of the report, Lumumba was scathing of McGuire's attempts to "spin" his way out of trouble.

"It was painful to watch the club dig itself deeper into delusion and dishonesty at today’s press conference," he tweeted.

"The report clearly states that during Eddie’s tenure as CFC president, the club’s racism resulted in “profound and enduring harm” to many individuals, families, & communities."

4) The report clearly states that during Eddie’s tenure as CFC president, the club’s racism resulted in “profound and enduring harm” to many individuals, families, & communities.

Lumumba told ABC Radio National on Tuesday that what he saw "was a clear case of cowardice".

"It was actually sad I had to receive that from media sources."

What did Peter Helliar do?

In 2017, during an interview with The Project's Waleed Aly, Héritier Lumumba detailed his experience with the "culture of racist jokes" at the club.

Lumumba said he was “ostracised internally” after speaking out against their issue with racism.

Following the interview, panellist Peter Helliar insinuated that more evidence was needed before the allegations could be believed.

“Héritier has the opportunity to become a really strong, significant voice in the battle against racism with the AFL and Australian sport,” Helliar said. “My only thing — it would be really helpful if we heard more detail, specifically with the nickname.

“We can’t find anyone who would speak to us who knew of that nickname over a playing career of 10 years.

“Even if you have to name names, take us into your experience. Paint the picture so we understand it more. Because if you don’t do that, then it just sounds like you’re smearing an entire club.”

18/ The interview package was bad enough, but the editorialising on the panel afterwards was worse. Again, Helliar attacked Heritier’s credibility because 'nobody' at the club would confirm his claim about a nickname. Andrew Krakouer had done so publicly. pic.twitter.com/yzvqsOuz5S

Following the publication of the report, Helliar said he "unequivocally" apologised to Lumumba for not believing him at the time.

I urge all fans & members to demand better from @CollingwoodFC. This report is heartbreaking. To @iamlumumba I am truly, unequivocally sorry. I should have believed you. I will do better.

Reply
Upvote
Eddie Mcguire is living proof that rich white men can only fail upwards.
Has Peter Helier been a relevant or funny comedian anytime in the last decade? Why was anyone even asking his opinion?
M
mamamia-user-482898552 a year ago

Reply
Upvote
3 upvotes
@cat Helliar was just part of a pile-on by the whole programme. As per my comment below, it wasn't just him. Waleed Aly is conspicuously absent from this article, which is odd given his greater standing in The Project and the part he played in the whole thing.
J
jgillespie42 a year ago