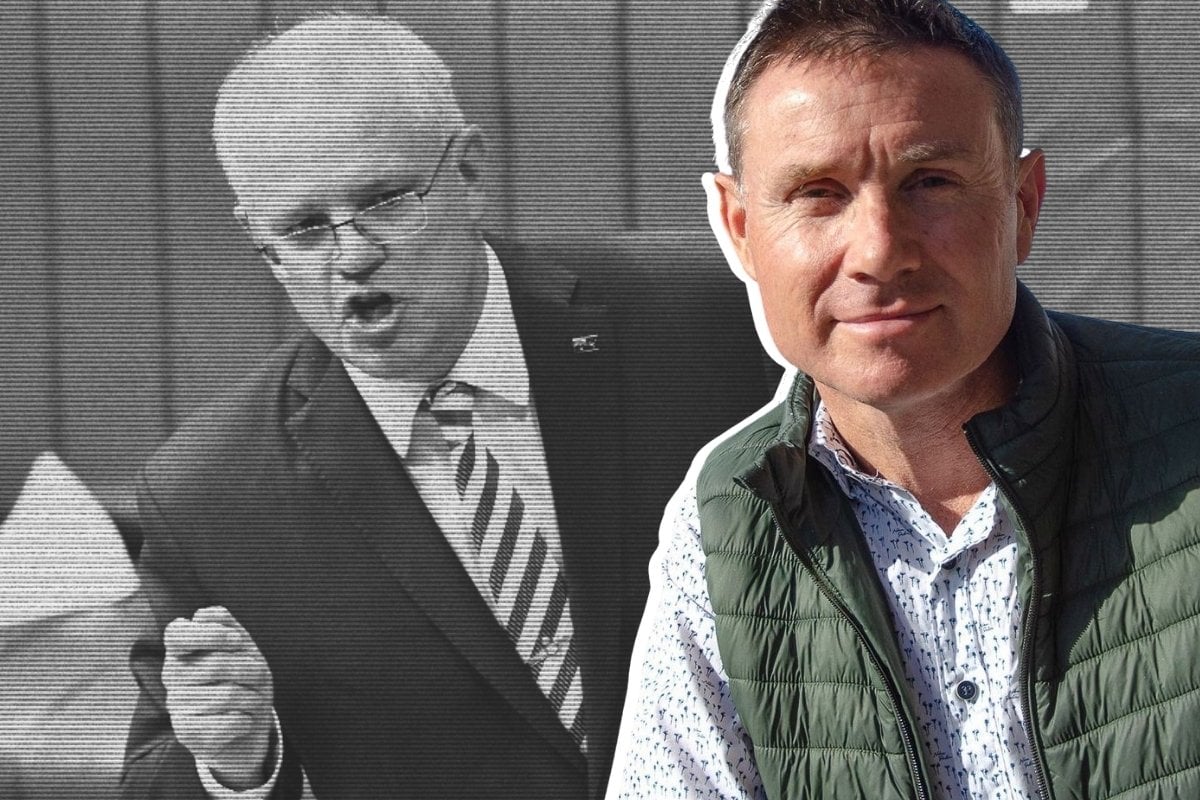 The following contains mention of suicidal ideation, which may be triggering for some readers.

Federal coalition MP Dr Andrew Laming once described himself as "Australia's most innovative user of social media in politics", and a decade ago even compiled a handbook guiding his colleagues on how to interact with voters on Twitter and Facebook.

But this week, the former eye surgeon's use — or misuse — of Facebook has seen him hauled before the Prime Minister and forced to issue a public apology.

Now, the Liberal MP has stepped down from all parliamentary roles and undergo counselling after allegedly harassing two prominent women from his electorate over several years.

What did Andrew Laming MP do?

On Wednesday, 9News aired allegations by two women in Dr Laming's Brisbane electorate that he harassed them via social media.

Alix Russo claimed that the Member for Bowman made untrue claims she had misappropriated funds at the community homeless charity where she worked.

"Reasonable question, what proportion of Night Ninjas donations go on Alix’s personal credit card and is her personal use separated?" Dr Laming commented on Facebook.

In another, "You can't be trusted with other people's money."

And: "You got nasty. Threatened self-harm. Unfortunately for you, I make the rules and you follow them."

Another Bowman voter, Sheena Hewlett, alleged Dr Laming made a number of objectionable Facebook posts about her and her husband, a local councillor, in a campaign that has spanned several years.

She alleged that he requested her timetable from the school where she works and covertly took photographs of her in a public park which he published to social media.

According to 9News, the latter matter was reported to the police.

What is Andrew Laming's response to the allegations?

The federal MP issued a statement late on Saturday, after Prime Minister Scott Morrison ordered him to take a private course to help him understand the consequences of his actions.

"I will step down from all Parliamentary roles effective immediately and complete both the counselling courses I committed to; as well as additional clinical counselling, and ask for privacy while that is completed," Dr Laming said in a statement sent to AAP on Saturday night.

"I will have more to say on my future as soon as that process is completed.

"I would like to thank my local community for their understanding during this time and assure them my electorate staff remain available to them."

It comes after his apology on Thursday, when he acknowledged the "significant distress experienced by two of my constituents as a result of my online commentary with them".

Prime Minister Scott Morrison confirmed on Friday that he had given Dr Laming a dressing down after learning of the allegations against him.

"I found that disgraceful and called him into my office and told him to apologise and he did so," Prime Minister Morrison told media in Melbourne.

"He’s very clear about my expectations."

Watch: Scott Morrison on the sexist culture in politics. Post continues below.

"Once again Scott Morrison has got out the feather against a Liberal MP in Andrew Laming who has had vile abuse against his own constituents," he told reporters on Friday.

"In my view, Andrew Laming isn’t fit to continue as a member of Parliament... that sort of behaviour is completely unacceptable."

It's not the first time Dr Laming has courted controversy via social media.

In May 2020, Laming published a Facebook post in which he railed against Queensland's strict COVID-19 public health restrictions and the state government's investment in Virgin Australia.

Beneath the caption was a meme featuring Queensland Premier Annastacia Palaszczuk as Sergeant Schultz, a Nazi character from the 1960s sitcom Hogan's Heroes.

After initially refusing to apologise or "back down" because "it's [a reference] to a TV show and not in any way personally directed at the Premier", Dr Laming did just that.

"The series was a comedy, without serious historical reference, but I absolutely apologise, because with that link now obvious, it is completely unacceptable, and it wasn't the intention," Dr Laming wrote in a statement at the time.

In 2013, Dr Laming was accused of body shaming after he posted a Facebook status in which he commented on a woman's size.

Dr Laming linked to an article featuring a 35-year-old vet nurse as emblematic of the "average Australian woman" at 163cm tall and 70kg, and wrote, "Is it OK to be overweight, if it is now average".

The same year, he reacted to a violent dispute between two families in Logan by tweeting: "did any of them do a day's work today, or was it business as usual and welfare on tap?"

One family was Pacific Islander and the other Indigenous.

Mobs tearing up Logan tonight. Did any of them do a day's work today, or was it business as usual and welfare on tap?

And in 2011, he came under fire for liking a page titled, "How's Julia Gillard going to run the country from the kitchen?".

That came in the same year that Dr Laming wrote that social media handbook for fellow MPs.

Among his advice: "The key thing to note in terms of dealing with constituents is when they are handled carefully and respectfully the negative behaviour almost never continues."

Dr Laming has been in office since 2004.

If you are experiencing thoughts of self-harm or another mental health problem, support is available. Please call Lifeline on 13 11 14 to speak to a trained Crisis Supporter.

Reply
Upvote
6 upvotes
Re Laming, I really think its time for some sort of a qualification before one can become a politician, we are ending up with utter fools.
A
anonymous a year ago

Reply
Upvote
8 upvotes
He should lose his job and Morrison his majority, if Morrison is serious about cleaning up Parliament.
Or will Morrison only ever take action if the men there aren’t going to lose something by it?
C
cat a year ago