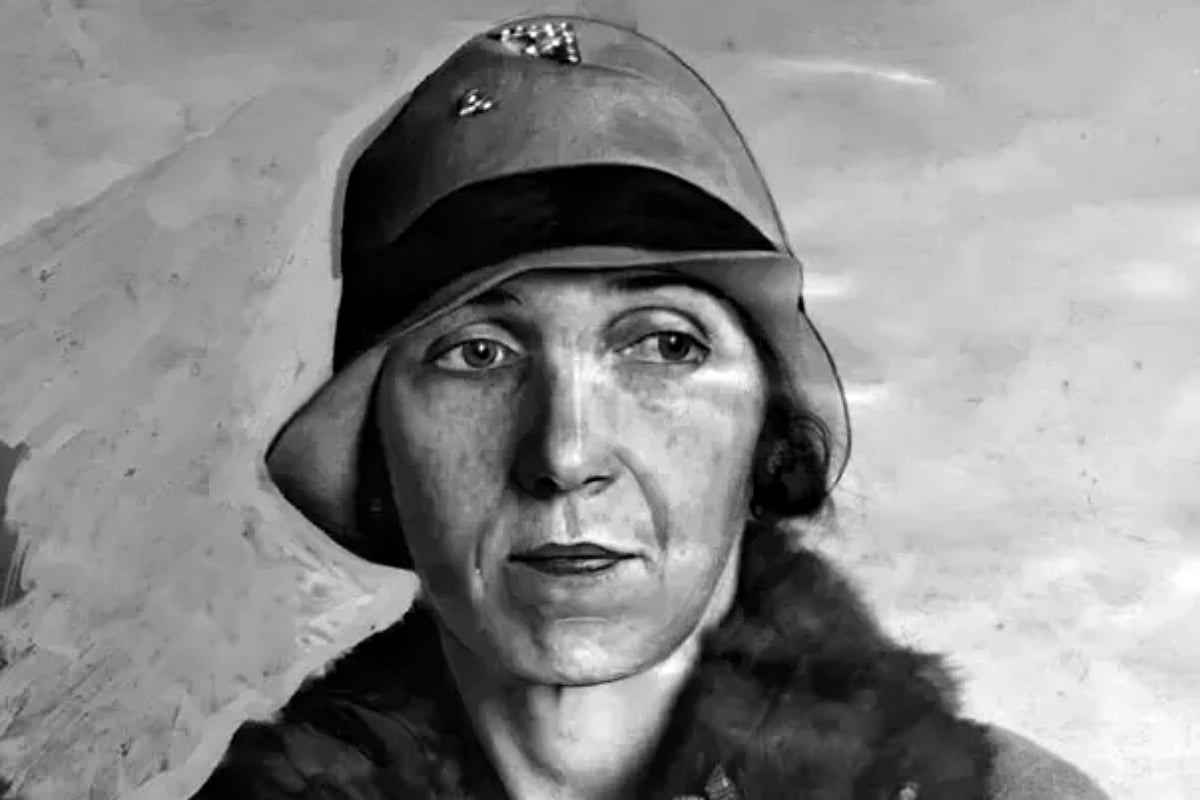 For five months, police searched for nine-year-old Walter Collins. On March 10, 1928, the California boy's mother, Christine, gave him money to go to the cinema, but he never returned.

Reports of possible sightings flooded in from across the state; San Francisco, Oakland and the town of Glendale, where a petrol station attendant claimed to have seen him in the back seat of a car, wrapped in newspaper from the neck down.

But in August that year, a breakthrough.

A child, who identified himself as Walter Collins, had handed himself into authorities thousands of kilometres away in the midwestern state of Illinois.

The boy's discovery was a victory for the embattled Los Angeles Police Department, which had come under fire for corruption and incompetency in recent years (the previous December it failed to stop the grisly murder of 12-year-old kidnapping-for-ransom victim, Marion Parker).

﻿But when the child was brought back to California, at Christine Collins' expense, the single mother looked at him and uttered the now-infamous words:

The true story that inspired the 2008 film, Changeling. (Post continues below.)

Eager to see the case brought to a swift conclusion, Los Angeles police insisted they had found Walter Collins.

The boy had a vague story about being the victim of an abduction, which they used to explain differences in his appearance.

As the Los Angeles Times reported on August 19, 1928, "Not only was the youth's body sadly emaciated and his face drawn, but his mind had been affected, according to officers who examined him, apparently the result, they said, of harrowing experiences he had been subjected to by his kidnapper."

﻿Despite her doubts, Christine Collins was persuaded to — as investigator J.J. Jones reportedly said — "try the boy out" at home.

After just three weeks labouring under Jones' convenient fiction, a distraught Christine Collins returned to authorities, armed with dental records and a troop of friends that supported her insistence that the child, while similar-looking to her son, was an imposter.

Once again, she was shot down.

"What are you trying to do, make fools out of us all?" Jones allegedly responded, according to court testimony. "Or are you trying to shirk your duty as a mother and have the state provide for your son? You are the most cruel-hearted woman I’ve ever known."

Days after she was released, 'Walter' finally told the truth. 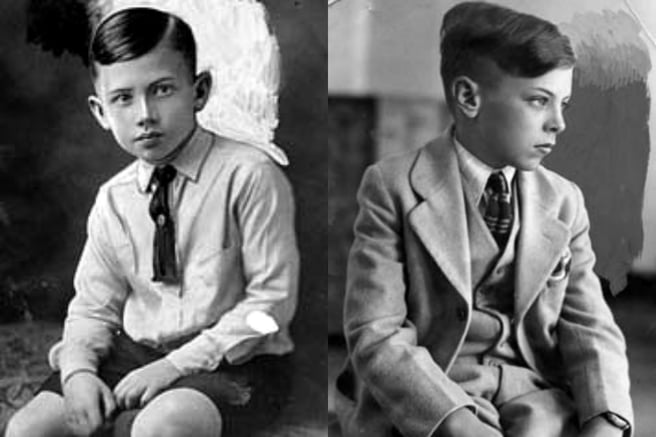 Walter Collins (L) and the boy who claimed to be him (R). Images: Los Angeles Public Library.

"I am not Walter Collins."

But the name, at least, was still false.

The boy was ultimately identified as Arthur Hutchens Jnr., a 12-year-old runaway and juvenile criminal from the state of Iowa.

Hutchens Jnr.'s ploy started when a diner in an Illinois cafe mistook him for the missing boy from California. Eager to start a new life in Hollywood and escape a difficult relationship with his stepmother, the child played along.

Before being taken to Los Angeles to be 'reunited' with Christine Collins, he received a number of letters from her via police. It was those, and information he'd gleaned from officers, that helped him pull off the ruse.﻿

According to the Chicago Tribune, when later asked about duping the kidnapped child's mother, he said, "She was nice to me, and it's fun to be somebody you aren't."

What happened to Walter Collins.

A court ultimately ruled in her favour, and Jones was ordered to pay US$10,800. He never handed over the money.

As the bizarre imposter story unfolded (which inspired the 2008 film, Changeling, starring Angelina Jolie), police unearthed a serial killing case, which they believed may hold the truth about what happened to Walter Collins.

A man named Gordon Stewart Northcott and his mother, Sarah Louise Northcott, were being investigated for abducting, abusing and killing young boys at their poultry ranch, in what became known as the "Wineville Chicken Coop Murders".

Despite denials by her son that Walter Collins was among their victims, Sarah Louise Northcott confessed to killing the boy and was sentenced to life in prison. Her account was corroborated by her son's nephew, who claimed to have been coerced into being an accomplice in the murder.

Gordon Stewart Northcott was ultimately convicted and executed for the killings of three other boys: an unidentified Mexican national, and brothers Lewis and Nelson Winslow, aged 12 and 10.

Unlike those cases, there was no physical evidence of Walter Collins' death found at the Wineville ranch. No belongings, no traces, no grave, no body. Sarah Northcott also later retracted her confession.

According to The Los Angeles Times, she spent the rest of her life looking for her son.

No sign of Walter Collins has ever been found.

nat a year ago