When Australian Conservatives MP Rachel Carling Jenkins uncovered her husband’s child pornography stash she went straight to the police and left him.

She now says Gary Jenkins is emotionally and financially abusing her – refusing to sign divorce papers, reach a property settlement or give access to assets.

Dr Carling Jenkins made the stunning revelations in a speech to Victoria’s upper house on Thursday.

She said she and her son found Jenkins’ “extensive collection” in the family home in February 2016.

“We were gutted,” she told parliament. “My marriage ended instantly and I left home the day I made that discovery and I have not returned to the family home since, except to pick up belongings.”

Jenkins was sentenced to four months jail by the Sunshine Magistrates’ Court in March and put on the sex offenders register.

Dr Carling Jenkins praised the police for their work, but did not think a “few months in jail” and being listed was adequate punishment.

Now, she said she cannot escape the man who already brought her so much pain.

However, Dr Carling Jenkins said the horrors of what’s happened was not about her or even her husband – but about the victims.

“The faces of many are etched in my memory for eternity,” she said. “I pray the police were able to identify and rescue as many of these poor helpless and vulnerable victims as possible. I find myself now unconsciously searching the faces of little girls that I see on the streets, distressed when a face triggers a memory of a photo or a video of a little girl that I glimpsed in his collection.”

Parliamentary colleagues lined up to give her a hug after the speech. 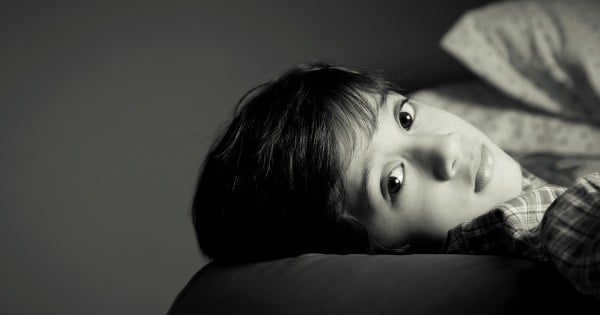 A big step has been taken to end the inconsistency around diagnosing autism in Australia.

With no established biological marker for autism, diagnosing the developmental disorder is not straightforward; it is based on clinical judgment of behavioural symptoms that vary greatly from one person to another.

Further complicating the diagnosis, there are varying diagnostic practices across and within Australian states and territories.

Finally, this is about to change.

The draft report for Australia's first national guidelines for diagnosing autism spectrum disorder (ASD) were released on Thursday after a 12 month consultation process between Autism CRC and the National Disability Insurance Agency (NIDA).

"What we are creating for the first time is consistency across Australia," said Professor Whitehouse. "That is critical for helping kids and adults on the spectrum reach their full potential."

Popular Kettle chip flavours have been recalled in Victoria and NSW because they may contain rubber.

The chips affected have best before dates of November 11 and customers were urged to return the packets to their supermarket for a refund.

Donald Trump Jr is expected to face hours of questioning by the Senate Judiciary Committee staff on Thursday, AAP reports.

Questioning is expected to focus on a 2016 meeting that involved Trump Jr and a Russian lawyer, among others.

Emails released in July show that Trump Jr was told before the meeting that it was part of a Russian government effort to help his father.

5. Malcolm Turnbull says Jon Snow will end up on the Iron Throne.

According to Malcolm Turnbull, Barnaby Joyce will win his citizenship case, the High Court will give the same-sex marriage survey a nod of approval and energy prices will be lower under his government.

But the Prime Minister's biggest call has got to be is that Jon Snow will end up on the Iron Throne.

Yes, Malcolm is a Game of Thrones fan.

Asked during an interview with radio station Mix 102.3, the Prime Minister said: "I'm interested in what happens to that ice dragon in the next series. He's gonna do some bad stuff I think."

"I predict that Jon Snow will end up on the Iron Throne."

Sadly, fans will have to wait until 2019 when the eighth and final series is released to find out if he is correct.

6. Eradication of cervical cancer is in sight.

The eradication of cervical cancer is on the horizon after the development of a far more effective HPV vaccine, an Australian researcher says.

A large, global clinical trial has shown the improved human papillomavirus (HPV) vaccine cuts the rate of cervical cancer by a further 23 per cent, AAP reports.

"The eradication of cervical cancer is now firmly within our sights," said Professor Suzanne Garland, Director of the Royal Women's Hospital Centre for Infectious Diseases.

"This new vaccine protects against the same types of the virus as the existing Gardasil [vaccine], plus an additional five most common strains of HPV."

The findings have been published in medical journal The Lancet.

Professor Garland - lead author of the paper - says they are now awaiting the federal health minister's decision on whether to approve the Pharmaceutical Benefits Scheme Committee's recommendation to change the Australian HPV vaccination program from using Gardasil to the new, "more effective" vaccine.

LATEST: 1 million customers are without power in Puerto Rico and 17% of people don't have water due to #Irma. https://t.co/qzOepwo3ne pic.twitter.com/o1Qa2h2FPp

At least seven deaths have been confirmed in Puerto Rico and Saint Martin, as Hurricane Irma cut a path across the Caribbean, leaving thousands more homeless.

Separately, French Prime Minister Edouard Philippe said four bodies have been recovered in Saint Martin after Irma clobbered the Caribbean island, while none had been found on the nearby isle of Saint Barthelemy.

The most potent Atlantic Ocean hurricane ever, Irma weakened only slightly Thursday morning and remains a powerful Category 5 storm with winds of 285 kilometres per hour, according to the US National Hurricane Center.