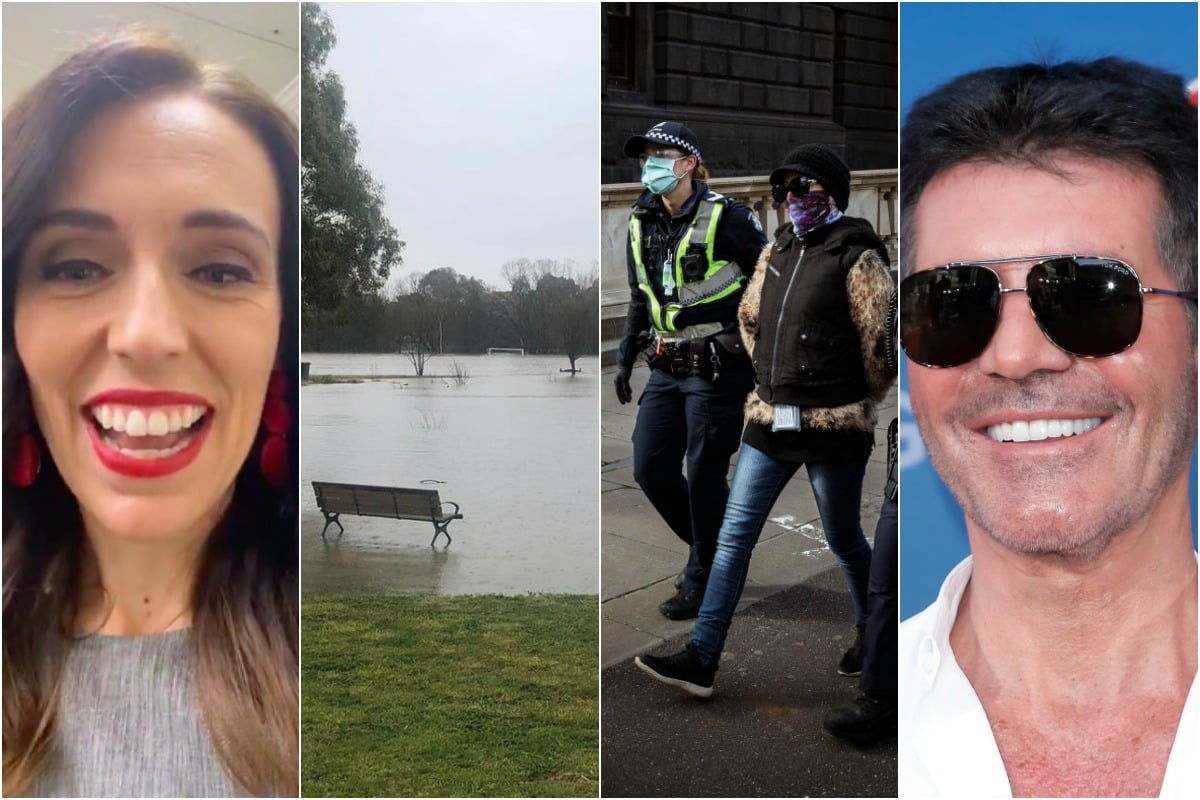 It is not yet clear whether infections in Victoria's second coronavirus surge have peaked, although there have been encouraging signs in recent days.

Victoria recorded 394 new cases on Sunday, down from 466 on Saturday, but it was the state's deadliest day with 17 deaths confirmed.

43 Victorians are in intensive care, with 26 on ventilators.

"I think the challenging thing about COVID-19 is you never really know where you are on the curve."

He said it will depend on how low the reproductive number can be brought down and ideally towards 0.5.

"We don't have enough data at the moment from the numbers to see whether that's approaching 0.5 but hopefully in the coming days ... we will see that," he said.

He also again reminded Australians, not just in Victoria, that in the absence of a vaccine there are just two blunt tools to tackle the virus - extreme social distancing and level-four restrictions as seen in Melbourne.

Six people were arrested outside state parliament on Sunday for breaching public health orders while protesting the lockdown and refusing to provide identification to police. They were released once they did so and fined $1652 each. 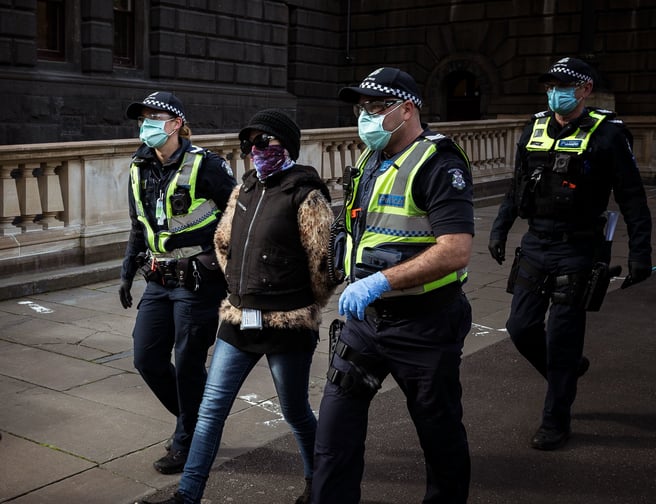 Six people turned up to a protest that was expected to be attended by up to 400 people on Sunday in Melbourne's CBD. All were arrested and fined. Image: Darrian Traynor/Getty.

The Victorian government is investing $60 million to keep people suffering acute mental illness at home and away from the stress of emergency departments during the pandemic.

Free kinder for all Victorians.

All kinder will be free in Victoria for the remainder of the school term, with the state government extending its sector support program and contributing an additional $1.6 million in grants.

Education Minister James Merlino on Sunday said permitted workers under stage-four COVID-19 restrictions in Melbourne would be able to send their children to kinder for free.

For children whose parents are home-based, kinders will be supported to access and use online programs with play-based learning for parents and children to do together.

Child care can continue as normal under stage-three restrictions in regional Victoria but the state government says it will increase funding so kinder is free for all children.

The free kinder would continue at least until the end of term three in September.

"Our early childhood staff do a remarkable job day in and day out ensuring Victorian children continue to get the care and education they need during this challenging period," Mr Merlino said in a statement.

"We're providing a funding boost to give sessional kinders financial certainty and to help kinder kids receive their vital early learning while they are at home."

Flooding and evacuations on the NSW south coast.

Heavy rain and wild weather have battered the NSW south coast with several communities on high alert as river levels continue to rise and towns are evacuated.

The NSW State Emergency Service issued three evacuation orders late Sunday night after up to 300mm of rain hit a number of towns along the coast.

Major flooding has occurred along the Deua River at Wamban which peaked at 8m on Sunday afternoon.

There was also moderate flooding along the Shoalhaven River but this was expected to worsen through Monday with the Bureau of Meteorology warning the river could peak near 4.4m on Monday afternoon.

People in low-lying areas of Sussex Inlet were told with flood levels were expected to impact properties.

The SES has responded to more than 700 calls for help and conducted more than 18 flood rescues across the weekend with most calls coming from Berry, Nowra, Broughton Vale and Gerringong.

More than 20 homes at Broughton Vale near Berry were also cut off by floodwater.

Bureau of Meteorology senior flood hydrologist Justin Robinson said heavy rains were expected to ease on the south coast and move towards Sydney, the Central Coast and possibly into the Hunter today.

A student at a western Sydney primary school has tested positive to COVID-19, forcing its closure.

All Bonnyrigg Heights Primary School students will learn from home on Monday as the school helps NSW Health to trace the close contacts of the student and cleaning is carried out.

Last week, a student at the nearby Bonnyrigg High School tested positive to the virus and was closed before reopening the day after on August 5.

A church on Sydney's upper north shore is undergoing deep cleaning after a parishioner tested positive to the virus.

NSW Health is advising people who attended a service at St Agatha’s in Pennant Hills on Wednesday 5 August and Thursday 6 August to be alert for symptoms of #COVID19.

A second student at Tangara School for Girls in Cherrybrook has come down with COVID-19, with all students from years seven to 12 sent into two weeks of self-isolation.

An employee at Bunnings Campbelltown has also tested positive.

New Zealand has reached a major milestone in its fight against the coronavirus: 100 days without community transmission of the disease.

Prime Minister Jacinda Ardern, out on the campaign trail ahead of the September 19 poll, welcomed the "significant" point on Sunday but warned Kiwis it would not prevent future outbreaks.

"I don't believe there is any other country that has had COVID, come into our position, and sustained it away from our borders for that period of time," she said. 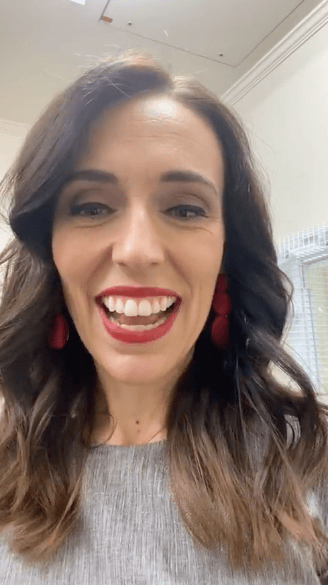 "But it actually doesn't lessen any of the risks. That's daily as long as we are continuing to exist in a world where this pandemic is growing.

"We are still having to manage our borders very very carefully... we still have to be vigilant."

Free of COVID restrictions on movement or gatherings for two months, life has returned to normal for New Zealanders, apart from tight border controls.

Simon Cowell in hospital after breaking his back.

America's Got Talent judge Simon Cowell has undergone back surgery after falling off an electric bike at his Californian home over the weekend.

The five-hour emergency operation took place overnight on Saturday, with a source telling People magazine a metal rod was inserted into his back.

I’ve been thinking about my dear friend all day and luckily I’m able to write that he’s had his operation and he’s doing really well 🙏🏼 My family and I wish you a speedy recovery and send you, Lauren and Eric all our love ❤️ pic.twitter.com/NAvUriuQRL

The Mirror reports Cowell came within one-centimetre of being paralysed, breaking his back in more than one place in the accident.

Simon was due to return to America's Got Talent next week, with the first live show set to air on Tuesday, August 11.

- President Trump has abruptly ended a news conference over the weekend after a reporter challenged him on a lie about veteran's health care he has told more than 150 times.

- Protests have continued into a second day over the Beirut explosion that killed 158 people last week.

- Twitter has approached TikTok's Chinese owner to express interest in acquiring the US operations of the video-sharing app.

- The UK government has been forced to recall 741,000 virus testing kits after they were found not to be safe for use.