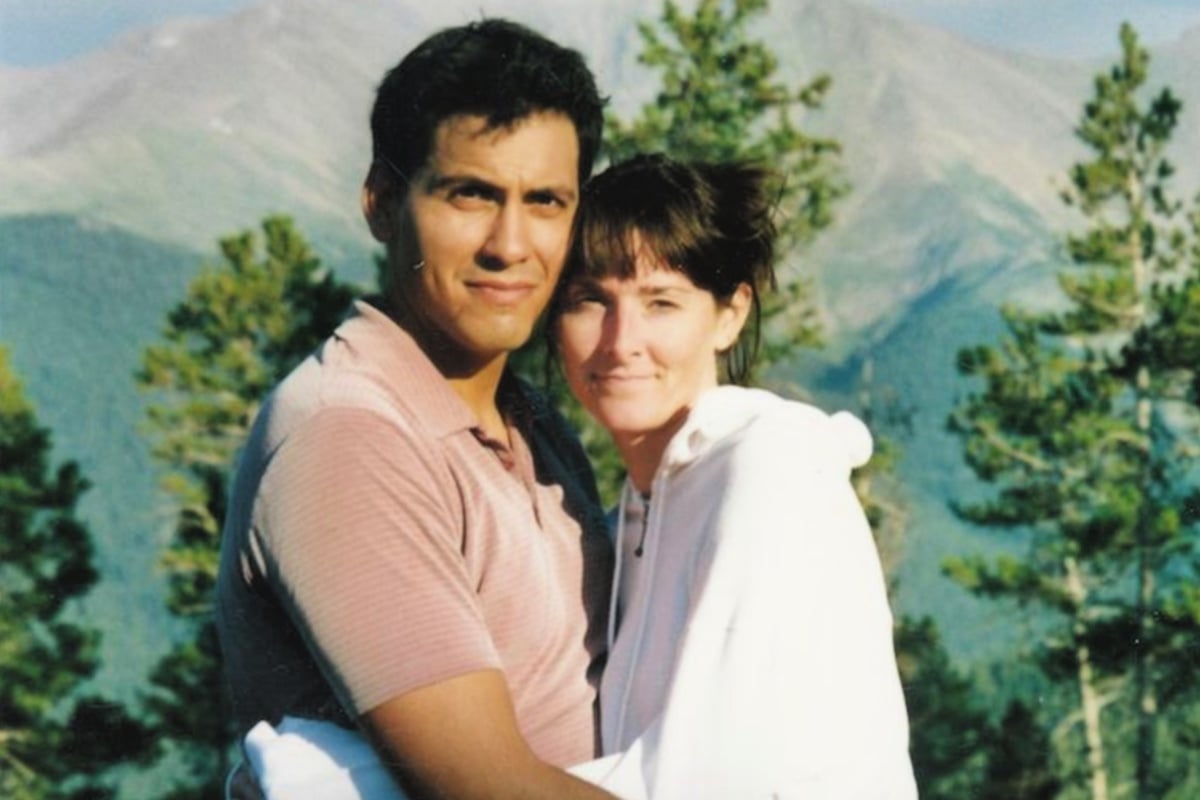 The last conversation Allison Rivera remembers having with her husband, Rey, was in May 2006.

The American newlyweds were enjoying breakfast together in their Maryland home, where they'd moved in the hope of a better life together.

"I love you so much," Allison, a regional sales manager in the beauty industry, told Rey as she prepared to go on a business trip.

"Thank you for loving me so much," the 32-year-old writer said to his wife before she left.

That night, at around 6:30pm, he took a phone call from his workplace and hurried out of the house.

WATCH: Here's the trailer for Netflix's Unsolved Mysteries below. Post continues after video.

The bizarre death of Rey Rivera is one of 12 unsolved cases featured in Netflix's new documentary series, Unsolved Mysteries.

In episode one, Rey's family and friends, and local law enforcement, are interviewed about what they think happened.

Really, the story of Rey Rivera's death starts back in California, where he and Allison got married six months prior to his death.

Rey was an aspiring screenplay writer, but after struggling to find success, his childhood friend Frank Porter Stansberry persuaded him to move to Baltimore and work for him writing finance newsletters.

With that, the Riveras packed up their lives and moved to the other side of the country.

For the months leading up to his death, Rey worked for his friend at his firm Stansberry and Associates. Because Frank declined to be interviewed for this documentary, we don't know much about this mysterious figure other than that they'd been friends since they were 15. 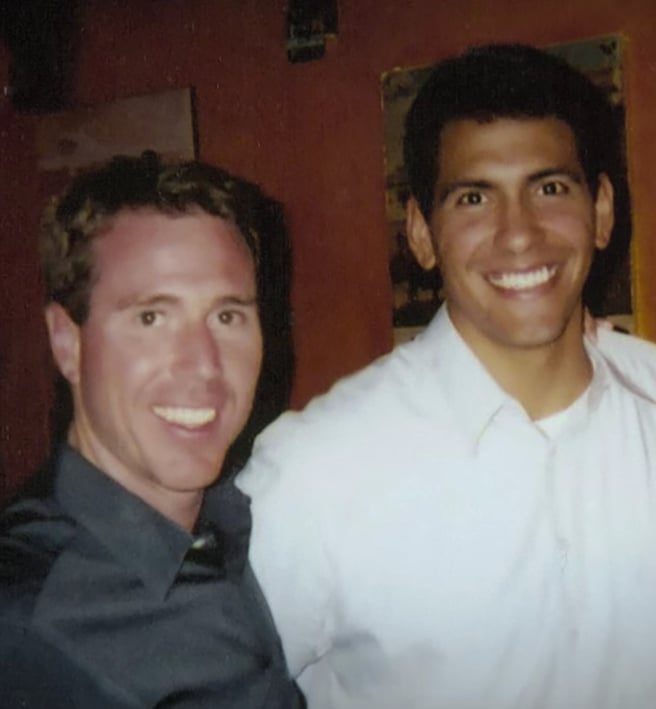 On May 16, 2006, Allison went out of town on a work trip. When she phoned her husband that night, he didn't answer. Sensing something was wrong, she called her friend, Claudia, who had been staying at the couple's Baltimore home with them at the time. It was Claudia who mentioned hearing Rey take a call before leaving the house in a hurry.

By the next morning, there was no news of Rey's whereabouts, so Allison cut her business trip short and went home to begin searching for her husband. He was registered as a missing person, and six days after his disappearance, Rey's car was found in a Baltimore city car park near the prestigious Belvedere Hotel.

Two days later on May 24, a hole was spotted on the roof of the lower section of the hotel with what looked like thongs next to it. Rey had been wearing thongs when he left the house for the last time.

It was then police found the decaying body of Rey Rivera on the floor of one of the hotel's unused conference rooms. A parking ticket time stamped for the morning he went missing showed he'd likely been there for more than a week.

Immediately, law enforcement recognised that the circumstances around Rey's death didn't add up.

For one, former Baltimore Police homicide detective Michael Baier said his body was located 13 metres from the hole found in the hotel roof. This hole was also very narrow, and Rey would've had to have taken a running leap to launch himself through it.

“Even to attempt a running jump to get to the point where the hole was, in my mind, [it is] virtually impossible,” the detective said. 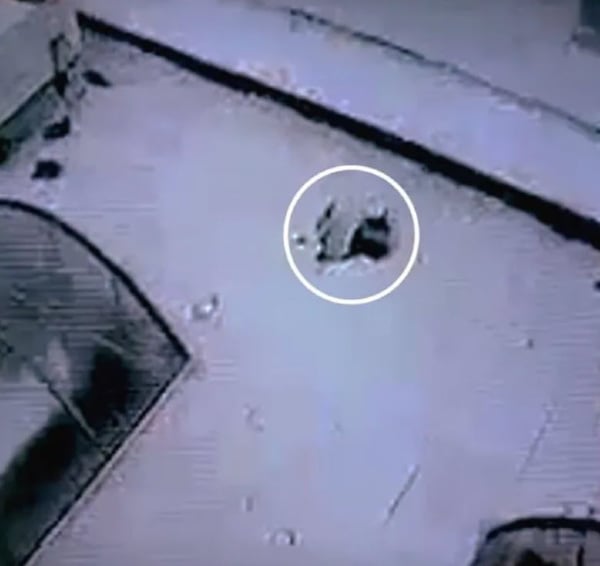 Allison also said both she and her husband were afraid of heights, and she couldn't imagine why he would have been up there.

This leads us to the next part of the puzzle that doesn't fit: how did Rey even get up onto the hotel roof?

In the episode, authorities and Rey's brother, Angel Rivera, detailed just how difficult it would have been for Rey — or anyone — to get up onto that roof. The route, which Angel tried himself, featured winding staircases only accessible to staff, and multiple locked doors.

Furthermore, not a single guest or staff member remembers seeing Rey in the hotel, nor seeing or hearing any disturbances you'd expect to from a person falling through a glass roof. And the items found on Rey's body — a pair of glasses and his phone — were completely unscathed, despite Rey sustaining multiple fractured ribs, punctured lungs, skull damage and a broken leg from the fall.

One fan theory that's emerged from Unsolved Mysteries involves the scene where his body was found being staged, that someone positioned his body beneath the hole in the hotel roof. Another popular theory suggests Rey didn't jump, but was in fact dropped from a helicopter. This theory is supported by comments from the medical examiner, who concluded that the way Rey's shins were broken was not consistent with a fall, Radio Times report.

Following the discovery of Rey's body, his wife, Allison, found a cryptic note taped behind his computer. Despite authorities suspecting Rey had taken his own life, the FBI didn't consider the note to be a suicide note.

The note contained a bizarre list of movies Rey liked, as well as the names of movie stars, friends and family members. ﻿It also referenced a “well-played game, congratulations to all that participated”. Baltimore Police Department Commander Fred Bealefeld told WBAL in 2007 the “really bizarre” note seemed to be “weird stream-of-conscious[ness] writing” or some kind of code.

This note gave rise to a Reddit fan theory that Rey's death was connected to a 1997 film The Game in which a character played by Michael Douglas jumps and falls through a glass roof. According to the Netflix series' co-creator Terry Dunn Meurer, Allison "doesn't place any significance on the movie, The Game."

Others wonder if this is a case of a business deal gone wrong, given the call that prompted Rey to leave the house came from his workplace.

After Rey died, Unsolved Mysteries said Frank Porter Stansberry’s company put a gag order on its employees, preventing them from answering questions about their late-colleague. A rep for the business has denied this claim. Frank also reportedly posted a $1,000 reward for information on Rey's death, but some read into his refusal to take part in the Netflix documentary as suspicious. 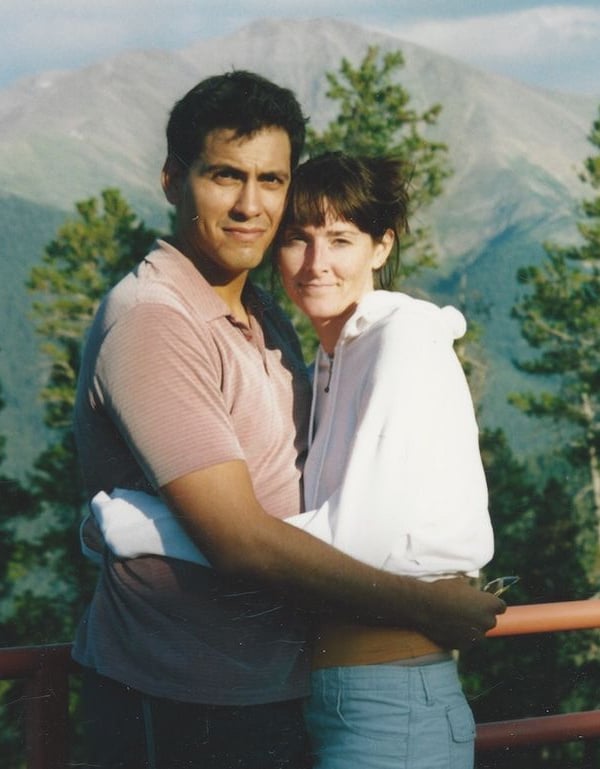 Rey and Allison before his mysterious death. Image: Netflix.

﻿Years after Rey's death, his family are no closer to finding out what happened to their loved one. Both Allison and Angel believe Rey was murdered, as he had no history or signs of mental illness prior to his death.

"He ran out of the house, saying that he was late for something. Who says, 'Oh? It's 6:30, time to jump off a big roof?'" Allison said on Unsolved Mysteries.

The fact Rey and Allison's home alarm went off twice in the days before Rey's disappearance also led his wife to suspect he was worried about something.

“I believe Rey had some kind of information. What I can’t get in my head was what would that information be for someone to kill him.”

Until the person who made that fateful call to Rey on the night he disappeared 14 years ago comes forward, we may never know.

Have you watched Unsolved Mysteries? Tell us your thoughts in the comments below!