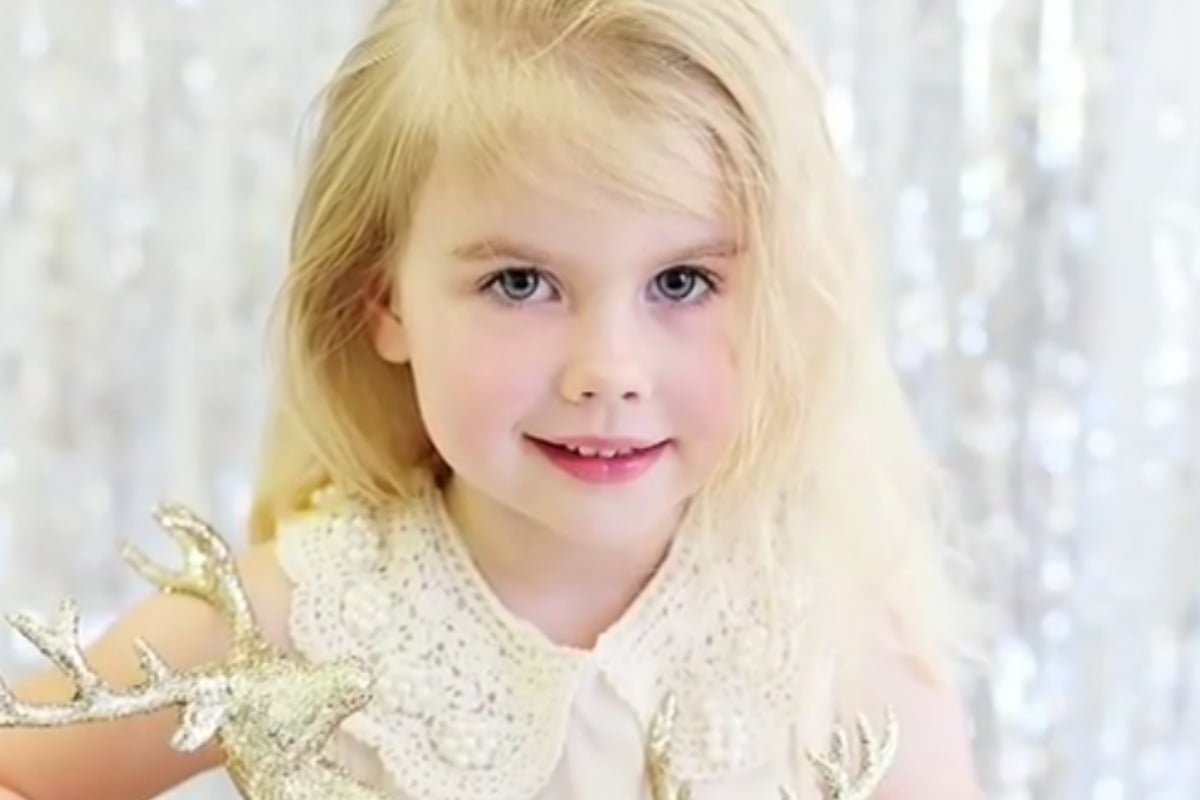 In 2015 Elle Underhill, four, and her sister Elaina, two, were taken for a drive by their 18-year-old babysitter in their home town of Casino in northern New South Wales.

Their parents were at home having lunch, and were startled by the sounds of police sirens whizzing past their house.

Steve Underhill, the girls’ father, is a police officer himself and was immediately unsettled.

“I was thinking to myself, that’s not good. Knowing full well what screaming sirens usually mean,” he told A Current Affair.

Here is a clip from the A Current Affair story. Post continues after video.

“Call it a mothers instinct – I just had a horrible, gut-wrenching feeling it was the girls,” she told the program.

Their fears were confirmed when they saw someone post a photo of Mrs Underhill’s Mazda on social media – the car involved in the crash.

Courteney Matthews , the babysitter, had lost control and collided with a car travelling in the other direction. The force ripped the Mazda in two.

“I just remember the shards of glass piercing my feet as I just ran, ran to the middle, I sat down in front of half a car,” Mrs Underhill said.

Elle and Elaina were rushed to hospital, but the Underhills soon learned that their eldest, Elle was dead.

Elaina was very much alive - but had life threatening injuries.

She was airlifted to the children's hospital in Brisbane. Thankfully, the two year old went on to make a full recovery.

Courtney managed to walk away with minor injuries.

Due to a lack of evidence, the charges were dropped. She has since plead guilty to a lesser charge of negligent driving occasioning death.

In court, police gave evidence Courteney received a text message just two minutes before the fatal crash, and they couldn't rule out she was looking at her phone at the time - something Courteney has always denied.

She has never contacted the Underhills to apologise, despite being a close friend of the family. The couple are desperate to know exactly what happened that fateful day.

"I don't know what is adequate. For me, I just wanted her to say what happened and to just come to us and we're never going to get that," Michelle told A Current Affair.

Courteney is being sentenced today.

Little Elle is being remembered by her friends and family as a "beautiful girl."