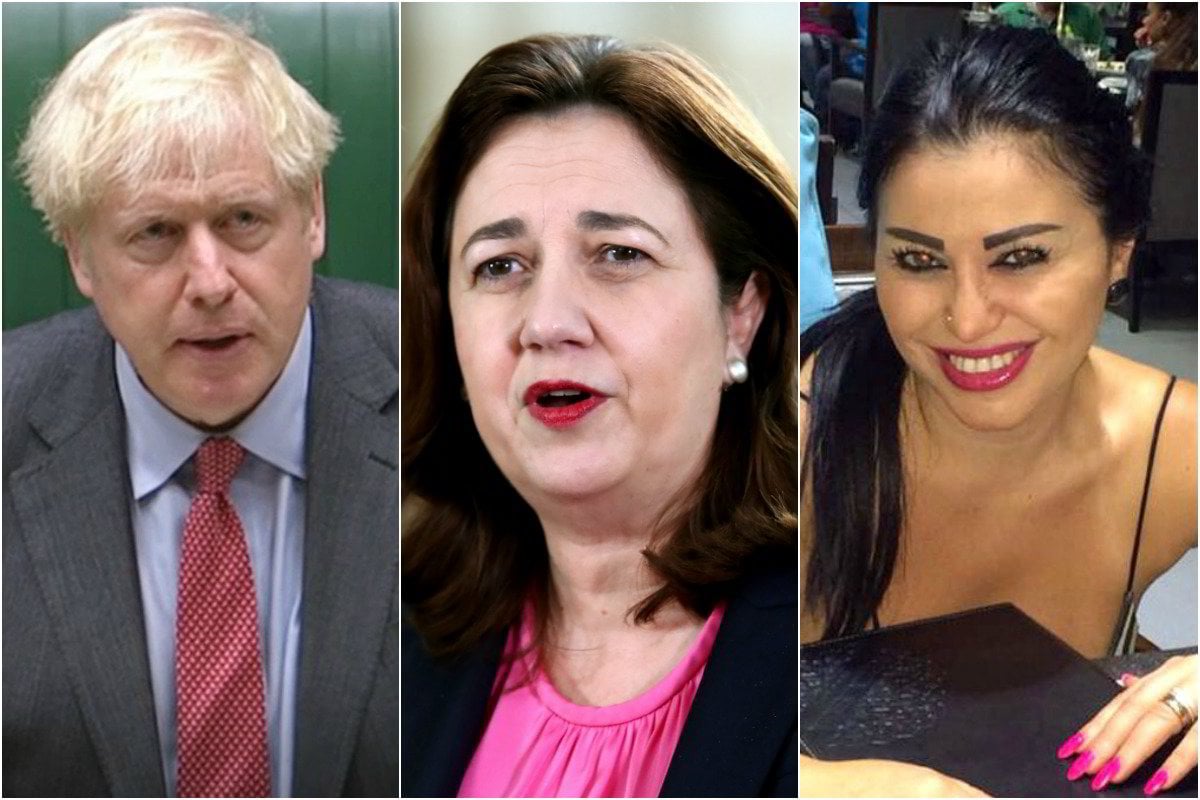 UK imposes 6-month curb against virus after a summer of fun.

After scientific warnings that deaths could soar without urgent action, Johnson stopped short of another full lockdown as he did in March but warned that further measures could come if the disease was not suppressed as the country reaches a "perilous turning point."

An update on coronavirus. https://t.co/3uCUJ5grBm

"We reserve the right to deploy greater firepower, with significantly greater restrictions," he told parliament following emergency meetings with ministers and leaders of the United Kingdom's devolved governments.

The main changes are as follows:

It was unclear if the measures would be enough to tackle Britain's second wave, which government scientists warned could reach 50,000 new cases per day by mid-October.

Just 11 weeks ago the UK was urged to get out and travel, with many heading to their favourite summer spots in Europe, eating out at restaurants and enjoying a summer of socialisation.

"Never in our history has our collective destiny and our collective health depended so completely on our individual behaviours. If we follow these simple rules together, we will get through this winter together," said Johnson yesterday.

A teenage girl has been hit by an arrow fired inside a Brisbane supermarket.

Queensland police were called after a man armed with a bow was spotted inside the Aldi store in Booval.

BREAKING: A man has been arrested outside an Ipswich Aldi following reports of a bow and arrow shooting incident. A teenage girl has been taken to hospital with hand and stomach injuries. https://t.co/VZ3A1cpmr5 #7NEWS pic.twitter.com/PtYLxVMhh5

The 15-year-old girl suffered injuries to her stomach and hand that were not considered life-threatening, and was taken to hospital.

A man in his 20s has since been taken into custody and a crime scene declared at the store.

"She was very lucky," the spokesman said.

The Department of Health and Human Services revealed 24 of Tuesday's 28 new infections were linked to 11 separate aged care homes.

#COVID19VicData: Yesterday there were 28 new cases & the loss of 3 lives reported. Our thoughts are with all affected.
The 14 day rolling average & number of cases with unknown source are down from yesterday as we move toward COVID Normal. Info https://t.co/eTputEZdhs #COVID19Vic pic.twitter.com/8NkTWU489K

Melbourne's crucial 14-day case average is now at 32.8. That figure must sit between 30 and 50 for authorities to consider a further easing of Melbourne's strict stage-four lockdown provisions next Monday.

Premier Daniel Andrews said no final decision would be taken until the weekend, with any confirmation likely to come on Sunday.

The US coronavirus death toll reached 200,000 yesterday, by far the highest death toll from the virus in the world.

The number of dead is equivalent to a 9/11 attack every day for 67 days, with Jennifer Nuzzo, a Johns Hopkins University public health researcher saying: "It is completely unfathomable that we've reached this point."

JUST IN: More than 200,000 people have died from Covid-19 in the US, according to Johns Hopkins University. That's more than the US battle deaths from five wars combined. pic.twitter.com/FvdCJHp2kL

Deaths are still climbing by an average of 770 a day, with experts predicting the country will double its toll by the end of the year.

In an interview Tuesday with a Detroit TV station, Trump boasted of doing an “amazing” and “incredible” job against the scourge.

He also told the United Nations General Assembly it "must hold China accountable for their actions" related to the coronavirus pandemic.

"The Chinese government, and the World Health Organisation - which is virtually controlled by China - falsely declared that there was no evidence of human-to-human transmission. Later, they falsely said people without symptoms would not spread the disease," he said.

$4.5b investment to give Australians ultra fast internet speeds on the NBN.

Millions of homes and businesses are set to gain access to ultra-fast broadband speeds of up to one gigabit per second in an upgrade to the national broadband network.

The $4.5 billion network investment plan will give up to 75 per cent of fixed line premises across regional and metropolitan Australia access to ultra-fast broadband by 2023.

It will be financed through NBN Co borrowing from private debt markets.

Millions of homes and businesses are set to gain access to ultra-fast broadband speed in a major upgrade to the national broadband network.https://t.co/mbSiuyeO5J

"This is the right time for this network upgrade," he said, ahead of a speech to the National Press Club on Wednesday.

"There is a long term trend of broadband demand growth with a very significant spike this year as COVID-19 has changed the way we use the internet."

Queensland is unlikely to throw open its border to all of NSW before the end of October, despite reopening to the southern state's far north and the ACT.

The state announced plans to extend its travel bubble 100km into NSW on Tuesday after noting very few cases of COVID-19 north of Sydney in recent months.

About 152,000 residents of Byron Shire, Lismore, Richmond Valley and Glenn Innes will be allowed to freely travel in Queensland from October 1.

ACT residents will also be allowed to fly into the Sunshine State without having to undergo mandatory 14-day quarantine from Thursday.

Chief Health Officer Jeannette Young has dampened hopes that the rest of NSW including Sydney will be allowed into her state before the end of October.

"That's a decision made at the end of each month, so we've made that decision for the end of this month," Dr Young said.

South Australia's moves on COVID-19 border rules has provided a boost to the domestic aviation industry with more flights to resume in coming weeks.

Last week SA lifted the quarantine requirements for people coming from the ACT and will do the same for travellers from NSW from Thursday.

The border between South Australia and New South Wales is re-opening from tonight but it's all riding on NO new cases of community transmission in New South Wales. #9Today pic.twitter.com/fvScYXNNnY

The airline has flagged adding even more flights from November.

Qantas is also expected to add flights from Sydney to Adelaide this week along with budget airline Jetstar.

The long-awaited decision on SA's border with NSW was made at Tuesday's meeting of the state's transition committee and came after initial plans to lift the isolation measures were stalled for weeks because of a cluster of coronavirus cases in Sydney.

A VIP gambler has been jailed for conning men she met on Tinder out of nearly $800,000 for a made-up blueberry farm and imaginary workers' wages.

Jocelyn Zakhour, 41, also threatened to hurt one man's family if he didn't keep handing over money throughout 2018.

But there was never any farm or workers to be paid.

Tinder fraudster Jocelyn Zakhour has been jailed for four-and-a-half years after convincing her dates to loan her almost $800,000 for a fake blueberry farm. #9News https://t.co/JvEZbWNaul

Instead, Zakhour gambled her two victims' cash away at Melbourne's Crown Casino, where she lived and was a VIP.

A psychologist said Zakhour had become hooked on power and the facade of success.

She sobbed as she was jailed in Victoria's County Court on Tuesday for a maximum of four-and-a-half years.

Authorities in the United States and Europe have announced the arrests of 179 suspects as part of a co-ordinated operation targeting individuals on the dark web.

Statements from Europol and the US Justice Department said that the international sting operation had also led to the seizure of more than $US6.5 million ($A9.1 million) in cash and virtual currencies, in addition to 500 kilograms of drugs such as fentanyl, heroin, cocaine and ecstasy.

Police have arrested 179 people as part of a global crackdown on dark web opioid trafficking https://t.co/j5tJF5T92Z

Most of the arrests were made in the US - 121 - followed by 42 in Germany, eight in the Netherlands, four in Britain and three in Austria.

The US Justice Department framed the operation known as DisrupTor as a major victory against the illicit drug market, which has increasingly moved online in recent years.

About 93 per cent of Australians want to continue working from home after the coronavirus pandemic despite more than half taking on additional tasks or hours.

The first Work From Home Sentiment Survey by freelance marketplace Fiverr found people spent an average of $450 each on setting up home offices, which would put the nationwide bill at more than $2 billion.

Three-quarters of people are satisfied with the overall experience of working from home but acknowledged the challenges of setting clear boundaries between work and home, and increased distractions.

- Despite a Republican bid to stymie its use, Australian-style preferential voting will be available in the US state of Maine for the November 3 presidential election.

- Bindi Urwin has confirmed she and husband Chandler Powell are having a baby girl.