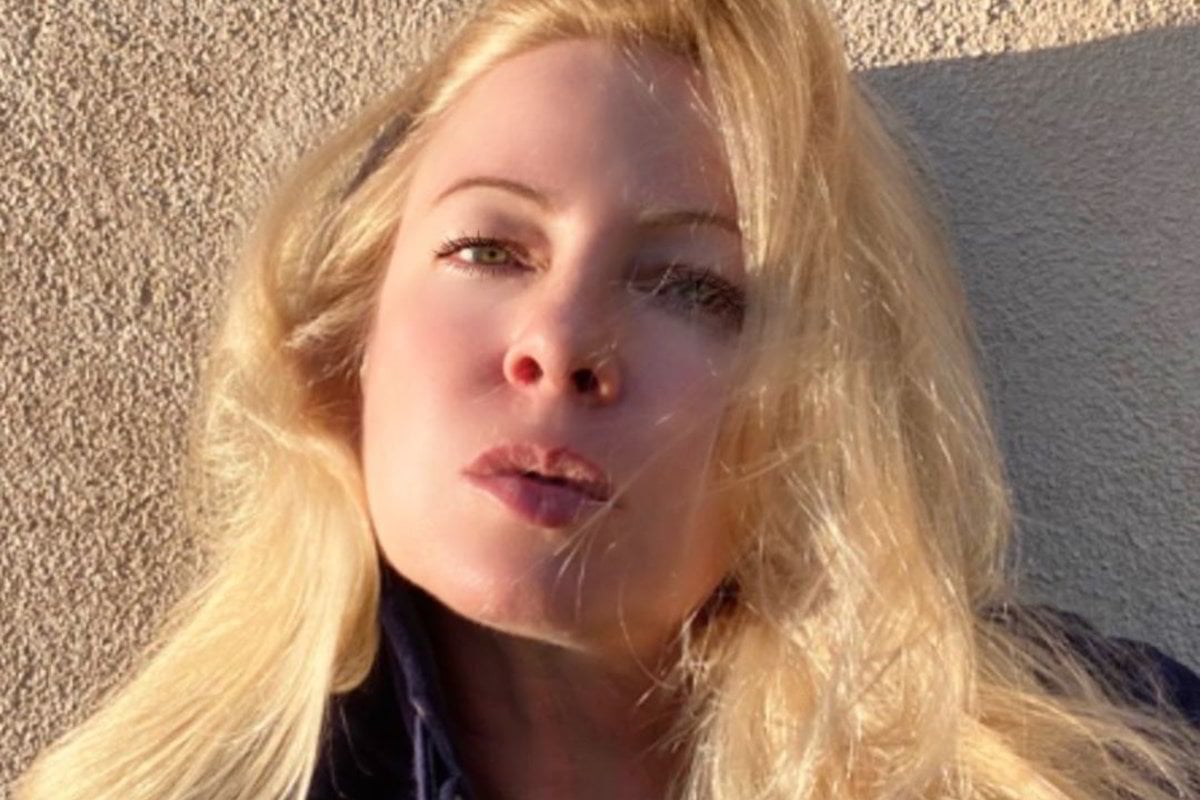 This post deals with child exploitation and themes of mental health and might be triggering for some readers.

How could this have happened? A new podcast, Once Upon A Time In The Valley, dives deep into the story, interviewing many of the major players – but not Lords herself.

Traci Lords was born Nora Kuzma in the small town of Steubenville, Ohio, in May 1968. Her father was a steelworker

“He drank a lot and he was somebody that was very angry, that had a really violent temper,” Lords told Larry King Live in 2003.

When her parents’ relationship broke up, and her mother started studying as well as working, the young Lords was left on her own a lot. At the age of 10, she developed a crush on a 16-year-old boy. Lords says one day, when they were alone in a field, he raped her.

“The whole trust issue and what that does to a child, I think it's so destructive,” she explained to Larry King. “At least in my case, and from what I understand, it's a pretty typical reaction to blame yourself for everything that's happened.”

Lords moved to California with her mother and her mother’s new boyfriend. There was more sexual abuse and Lords’ living situation became very unstable.

“She was gorgeous, she was made up – you would have never dreamed she was underage,” South told the podcast. “Very, very confident.”

Lords claims she was given cocaine before she posed for nude test shots that day. South denies giving it to her.

Before long, she was featuring in Penthouse.

Speaking to NBC News in 2003, Lords said she was “a victim of some really, really odd circumstances”.

“Where my life had led me took me right to that agency and made me a perfect target really for that kind of exploitation,” she explained.

After appearing in Penthouse, Lords got into X-rated movies. Her first was What Gets Me Hot!, where she had a sex scene with Tom Byron.

Lords wrote in her autobiography Underneath It All that Byron hit on her while she was “wasted”, and she didn’t consent to being filmed having sex.

“I only realised I was being filmed when it was nearly over,” she added.

However, Byron claims in the podcast that Lords hit on him.

“She made the first move and I went for it.”

“I was incredibly rebellious, very, very aggressive, wild, confused, angry young girl,” Lords told NBC. “I was not an unwilling participant. I was acting out. I had a lot of damage. And I was spewing that all over the place.”

Two days after she turned 18, Lords filmed Traci, I Love You in France. It was made by her self-titled production company, meaning she owned the rights to it.

Lords herself wasn’t charged with any crime. She later sold the rights to Traci, I Love You – her only legal X-rated movie.

“It was an agonising decision, and one that made me a harder person, but it had to be done,” she said in her autobiography. “I hated the fact that I made it possible for someone to go into a video store and rent it. But selling that film gave me some control over my life.”

Lords took acting lessons and started scoring roles in mainstream movies, getting semi-nude for the 1988 sci-fi film Not Of This Earth.

"They asked me to take my top off – I thought that was a step up," she told The Washington Post with a laugh.

She believes she could have scored more roles if it wasn’t for her X-rated past.

“I've lost so many roles that had nothing to do with talent,” she told The Washington Post. “It had to do with a producer. Or a producer's wife. I'm seen as a threat.”

“As a writer and a journalist, I was attracted to the contradictions and the ambiguities,” she told Vanity Fair. “This was a real-life mystery: Who ratted out Traci Lords? Who told the FBI she was underage?”

Lords, now mum to a 12-year-old boy, politely declined to be interviewed for the podcast, but Anolik thinks she’s referencing them in a recent tweet, where she wrote:

“This one is for the haters out there. Check yourselves. Kindness is king. Just because you’re sitting behind a screen doesn’t mean what you put out there is harmless. Be mindful. There’s enough ugliness in the world.”

This one is for the haters out there. Check yourselves. Kindness is king. Just because you’re sitting behind a screen doesn’t mean what you put out there is harmless. Be mindful. There’s enough ugliness in the world. pic.twitter.com/u2Z4AHcmhU