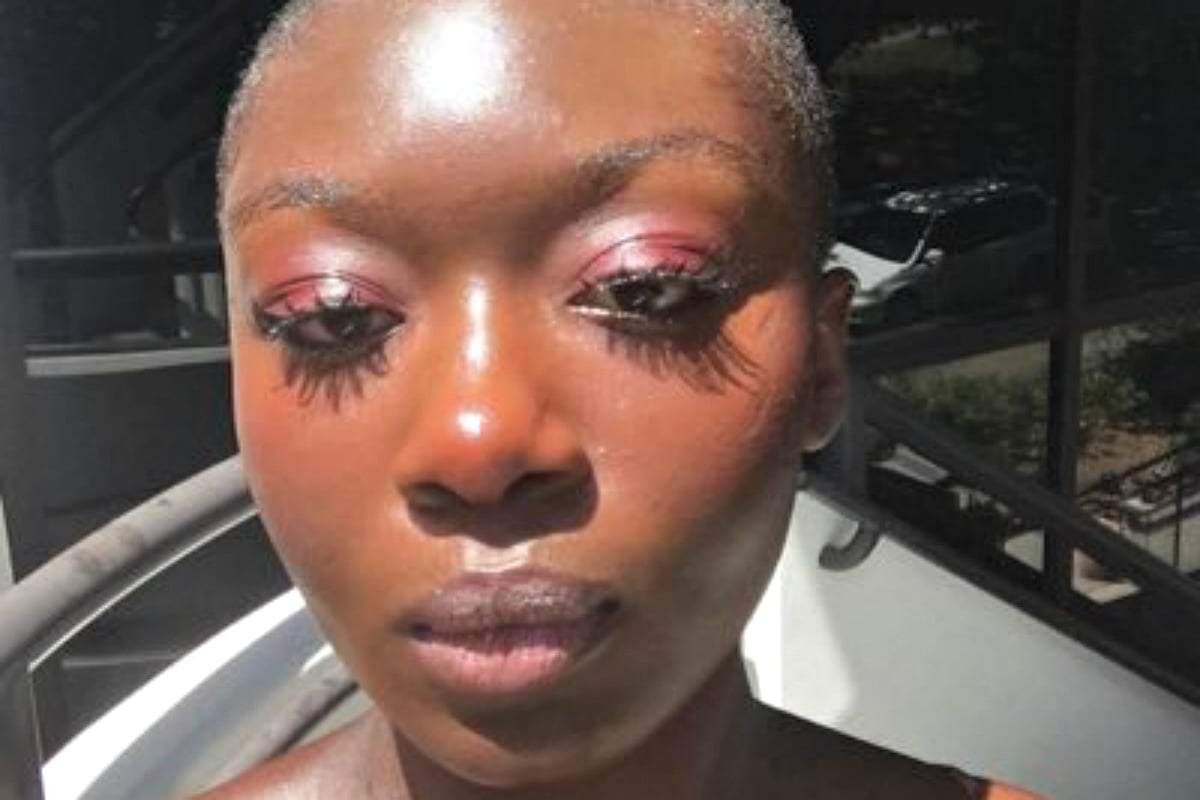 The following deals with sexual assault. If this subject raises any issues for you, please contact the national sexual assault, domestic family violence counselling service, 1800 RESPECT, on 1800 737 732.

"I was molested in Tallahassee, Florida, by a black man this morning at 5:30 on Richview and Park Ave," the teen wrote.

"The man offered to give me a ride to find someplace to sleep and recollect my belongings from a church I refuged to a couple days back to escape unjust living conditions.

"He came disguised as a man of God and ended up picking me up from nearby Saxon Street. I entered his truck only because I [don't] carry anything to defend myself, not even a phone (which is currently at the church) and I have poor vision. I trusted the holy spirit to keep me safe."

Several people responded to the thread, asking Toyin if she was okay and offering their support.

Who was Toyin Salau?

Toyin had become a fixture of the Black Lives Matter protests that sprung up in the wake of the death in custody of African American man, George Floyd, last month.

Footage from a recent rally in Tallahassee captured her speaking in honour of murdered black trans man, Tony McDade, and urging people to unite against racism and violence against the black community.

At each protest, Toyin recited the names of black people killed by police violence because, as she said during one May demonstration, "I don’t want their names gone in vain."

What happened to Toyin Salau?

In the twitter thread about her sexual assault, Toyin reported that when she arrived at her attacker's house he offered her a shower and a change of clothes.

She claimed he then exposed himself by using the toilet with the door open, knowing she could see him.

"He then asked me if I wanted a massage. At this moment his roommate who was in the house was asleep," she said.

She wrote that he started rubbing her body, "using my body until he climaxed".

"Before I realized what happened to me I looked over and his clothes were completely off," she wrote. "Once I saw he was asleep I escaped from the house."

Local media reported that Toyin was last seen in Tallahassee on June 10 — two days after she was reported missing — at a temporary shelter for people experiencing homelessness and financial hardship.

The body of another woman was also found at the same location: grandmother Victoria Sims, a 75-year-old volunteer for US retiree organisation, AARP. It remains unclear what relationship she had, if any, to Toyin.

On Monday, police named 49-year-old local man Aaron Glee Jr as the suspect in the women's deaths, but have not detailed a method or motive.

Local media says it's not yet known if he is also suspected of sexually assaulting Toyin on June 6.

In the wake of Toyin's death, supporters began spreading her story via social media.

Under #JusticeForToyin and #SayHerName, people mourned the loss of the young activist, called for an end to sexual violence and vowed to continue advocating for the Black Lives Matter movement in her memory.

"I will never stop protesting," Toyin's childhood friend, Chynna Carney, told CNN. "I will fight for her and for black people and people of colour 'til I'm dead."

Still not even the arrest of Toyin's suspected killer can soothe her loved ones. As Toyin's brother, Oluwaseyi Salau, told the Tallahassee Democrat:

"There is no justice that can be served that will replace my sister’s life."