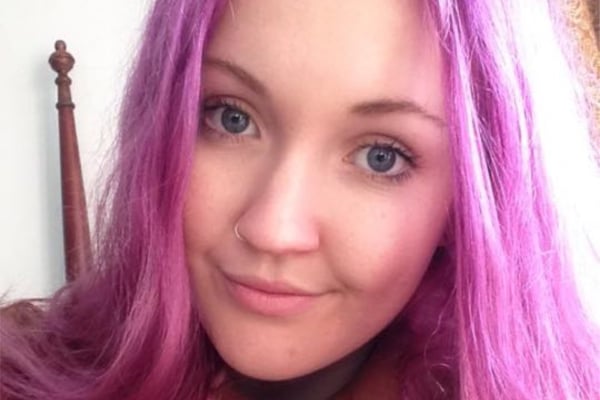 1. Toyah Cordingley was reportedly found with “visible” and “violent” injuries to her body.

The body of 24-year-old Toyah Cordingley was found on a secluded Queensland beach with “violent” injuries, police have reportedly said.

The animal lover was reported missing on Sunday after driving with her dog to Wangetti Beach, just north of Cairns, to go for a walk about 2pm. Her body was found early Monday.

The Courier-Mail now reports police sources have said Cordingley’s body was found with “visible and violent” injuries. Police declined to say if she had been sexually assaulted before her murder.

Locals told the Courier Mail the secluded beach is often frequented by “oddballs”. There had been recent reports of deviant behaviour in the sand dunes.

It’s also understood that Cordingley’s large dog was found uninjured and tied up at the beach, with detectives now investigating whether this was done before a threat occurred, or if the dog in fact did not view the killer as a threat.

“If we’re dealing with a potentially sexually related murder, which commonsensically we may be, we may well be dealing with a male,” Detective Senior Sergeant Ed Kinbacher previously said, AAP reports.

“It may well be the case this young woman has run into a stranger or potentially a person known to her and circumstances have unfolded that have led to her death.

“So it’s critical that anyone who was there come forward and let us know because I think that, at the end of the day, will provide us with the leads we potentially need to solve this matter.”

The pharmacy employee had previously worked for a Port Douglas animal shelter and was remembered as a beautiful soul who adored animals.

Homicide detectives on Tuesday announced they had broadened their search beyond the isolated beach north to Port Douglas and south to Cairns.

Police say Cordingley’s visit to Rusty’s Markets in Cairns before heading to the beach is part of their investigation.

“If anybody has spoken to her at that location please come forward,” Detective Inspector Sonia Smith told reporters.

Police are also appealing for dash cam footage from drivers who travelled between Smithfield and Port Douglas on Sunday using the Captain Cook Highway between 12pm and 7pm.

Read the full story on the Courier-Mail.

2. The remains of a slain Saudi journalist have reportedly been found.

Body parts belonging to murdered Saudi journalist Jamal Khashoggi have been found, according to Sky News.

The journalist’s remains were found in the garden of the Saudi Consul General’s home in Istanbul, Sky News reported, citing legal and political sources.

Sky‘s sources said Khashoggi had been “cut up” and his face “disfigured”.

The news came around the same time that Saudi Arabia’s king and crown prince received members of the family of Khashoggi.

Turkisk President Recep Tayyip Erdogan also offered his condolences to Khashoggi’s family in a phone call on Tuesday and promised to “shed light on the murder”, according to state news agency Anadolu.

Erdogen pledged in a speech in Ankara earlier on Tuesday to “bring to account everyone from the person who gave the order to the person who carried it out”.

Erdogan said officials from Riyadh’s consulate in Istanbul and a team of 15 people from Saudi Arabia planned the “political murder” of Khashoggi, a vocal critic of the kingdom’s crown prince, days before his death.

“A plan, a road map was put into action,” Erdogan told a meeting of his ruling Justice and Development Party in parliament.

He further cited “strong evidence” that employees of the consulate scouted a nearby forest prior to the incident while “15 Saudi security, intelligence and forensic officials” were flown in on separate flights a day before Khashoggi’s death.

Erdogan’s remarks, three weeks after Khashoggi disappeared inside the Saudi consulate in Istanbul, follow earlier statements by Riyadh that the journalist was killed by a rogue team, including local co-operatives.

“Why did these 15 people team up in Istanbul? On whose orders? Who is this local co-operative?” Erdogan asked, without citing any named Saudi officials or members of the royal family.

“No one should ever think that this case can be covered up before all these questions are answered,” Erdogan said.

US Vice President Mike Pence on Tuesday said the director of the US Central Intelligence Agency, Gina Haspel, was in Turkey, and that the “full resources” of the US intelligence services were being deployed.

He called the “brutal murder” an “assault on a free and independent press” while also slamming Riyadh for engaging in “deception”, though he stopped short of promising sanctions.

“The president will make a decision that reflects the values and the interests of the American people,” Pence said. “We will do what is best for the American people and we will also make sure the world knows the truth of what happened.”

Local media in Turkey reported that Turkish authorities conducted searches of a villa near Istanbul and a car believed to belong to the Saudi consulate in connection with Khashoggi’s case on Tuesday.

Khashoggi’s death on October 2 was described as “murder” for the first time by Saudi Foreign Minister Adel al-Jubeir on Sunday.

3. Human rights experts are calling for the children on Nauru to be immediately assessed.

Media Statement – Children on Nauru. “Australian and local authorities should proactively ensure that everyone who requires medical care in Australia is transferred immediately.” https://t.co/dBEwKyv4jD pic.twitter.com/yzKTlhQmgA

“I urge the government to undertake comprehensive assessments of all children on Nauru and expedite their transfer to Australia for treatment where health needs are present,” she said on Tuesday.

“These children’s health care needs should be addressed as a matter of urgency.”

Human Rights Commissioner Edward Santow said a number of medical and human rights bodies had expressed concern about the health of asylum seekers on the island.

“Australian and local authorities should proactively ensure that everyone who requires medical care in Australia is transferred immediately,” he said.

Prime Minister Scott Morrison talked down the prospect of a deal with Labor over resettling Nauru- based asylum seekers in New Zealand.

Mr Morrison told reporters in Canberra on Tuesday that resettling people in New Zealand had never been his preferred outcome.

He said it could undermine the deal struck with the United States and unwind tough border policies.

“You don’t get children off Nauru by putting more children on Nauru through weaker border protection policies,” Mr Morrison said.

He said he was concerned, as were doctors, about the mental health of children on Nauru and would bring them to Australia for treatment on a case-by-case basis.

Home Affairs Minister Peter Dutton said 13 children on Nauru were in family groups in which adults were “subject to adverse security assessments from the United States”.

Australian Border Force confirmed 11 children in detention on Nauru have been transferred to Australia to receive medical treatment. Fifty-two children remain on the island.

About 652 people, including 107 families, were on Nauru, while 626 men were on Manus Island in Papua New Guinea, Border Force told Senate estimates.

A 22-year-old man and a 23-year-old woman are due to face court over the theft of a baby meerkat from Perth Zoo.

The meerkitten was stolen on September 19 when it was one month old.

It had just started venturing out of its nest box and staff were unsure whether it had been taken by a visitor or snatched by a predatory bird.

Police found the newborn two days later during a search of a home in the town of Beverley in WA’s Wheatbelt region, about 130km east of Perth.

5. The child immunisation rate has hit a new high.

The national immunisation rate for 5-year-olds has risen to nearly 95%! #9Today pic.twitter.com/iCFBu9fzLO

More Australian five-year-olds are fully immunised than ever before, new data has revealed.

Official records for the three months to September show the national immunisation rate for five-year-old children was 94.52 per cent.

That’s the highest rate on record and up from 94.42 per cent the previous quarter.

Federal Health Minister Greg Hunt says the rise shows most parents are getting the message about the benefits of vaccinations.

But he said it’s not a time for the coalition to rest on its laurels.

“There’s still work to do and we must remain vigilant as there are some areas throughout the country where child vaccination rates are lower than what we would like them to be,” he said.

“Immunisation saves lives and protects lives and it is important that we keep the public informed about its benefits.”