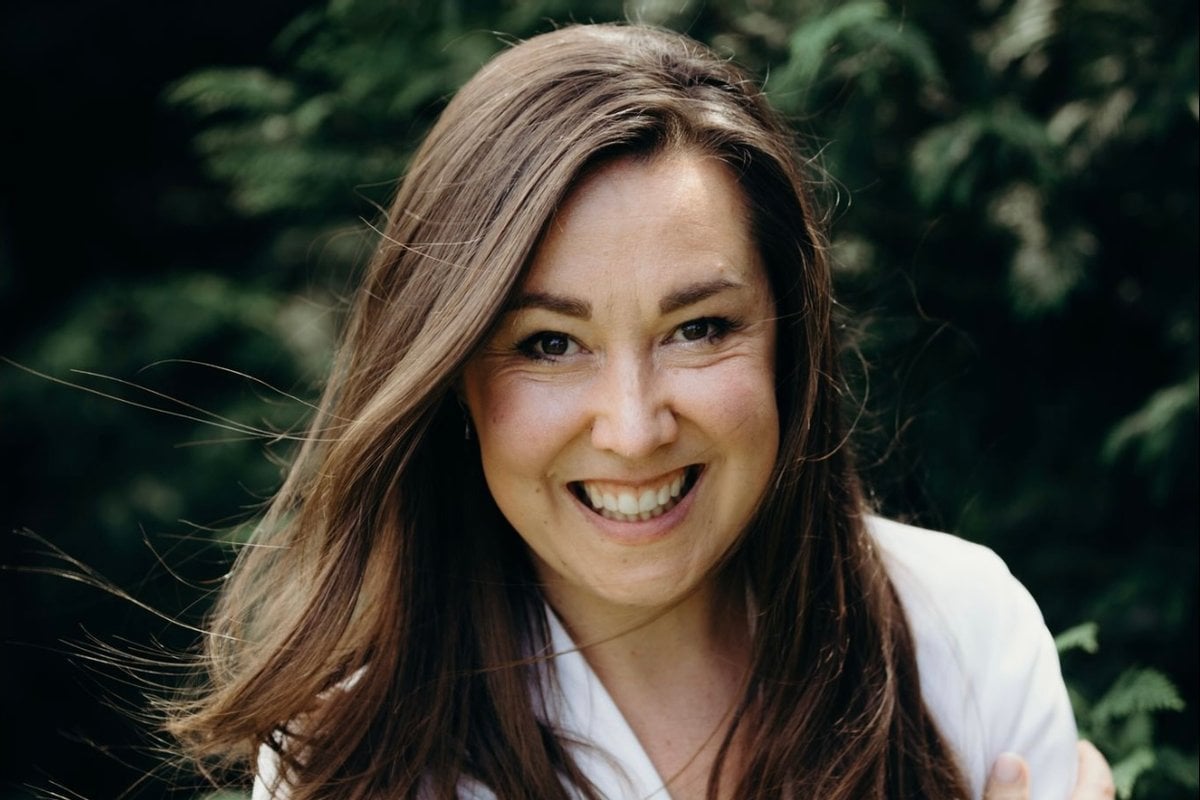 ‘Are you exhausted? I’m exhausted.’

It started as small talk over plastic chairs and matching prams. Our daughters were seven weeks old. I laughed and pointed down at the floor as evidence. I was wearing mismatched shoes. I hadn’t noticed until I sat down.

B* was blonde and glowing, despite her advertised exhaustion. Her accent had an American twang. I shared with her a gallows laugh about my eight wake ups the night before.

She commiserated and said she hadn’t been back to sleep after the 3am feed.

Little did I know, she had been taught to do this. One of the best ways to forge a connection and expedite intimacy was to find a shared pain point. The trick was then to press on it and offer a solution.

None of this I learned until after.

Watch: Monz Musings: Who are your real friends? Post continues after video.

We became 'mum friends'. Those friendships are curious ones. Some of them became my best. But sometimes it’s just shared recent trauma and nap schedules that link you. In those gritty, milky months, I was lonely and had lots of things to bleat to a ready, listening ear. I was struggling to find flexible work to fit around two kids. I had a spouse whose career was going from strength to strength, while I spent most of my day wiping up spilled fluids. I was a bit lost.

I remember lamenting how I had to get some new author photos done. I didn’t love how I was looking post-birth. I felt puffy and round, like a flightless bird.

"You would look better if your eyelashes were longer," she said, with frank sincerity staring over her coffee to me. "I’ve got something that might really help."

I was a bit taken aback but put the directness down to cultural differences.

She was telling me how she had moved on from her earlier career in marketing and sales. She was setting up a business in Australia. She had got in on the ground floor of something, a venture by three top dermatologists and she was helping bring it to the Australian market. She seemed to spend a lot of her time while her baby was asleep on webinars.

The next week she pressed the eyelash serum on me. I thought it was $50. When the text message came and told me it was $150, I was too embarrassed to say that wasn’t really in the family budget. Yet I let myself be pushed along for the sake of a new friendship. I handed over the cash and felt a little sick about the indulgence.

A week later, I was invited to a pink wine and popcorn afternoon with a ‘Dream Team’ of women she was working with at her place. There was going to be a pampering session too, to try some of these other products.

"You deserve some pampering Tori!"

The problem with hearing what you crave, is that it’s remarkably seductive.

The messages that followed were well-tested.

"Don’t you wish you could find some work that was flexible enough that you could work when you wanted, with great friends?"

"Sure," I said mid-coffee, while trying to get my daughter to latch properly and keeping one eye on my son on the slide. Everyone did. That was the holy grail.

The next time we caught up, my daughter had developed a rash on her chest. "Dry skin hun," she proclaimed with the confidence of someone who was fluent in skincare. She pushed on me a sample of a $60 moisturiser that would help. She then barrelled on.

"I don’t offer this to everyone Tor, but I think you could also be great at this. Have you ever thought about moving to something else? Something else on the side, just for you? I’m going to send you a link. Watch it with a glass of wine when the kids go to bed."

That night when I finally got my daughter to sleep, I put some of the eyelash serum on and watched five minutes of a video of very glossy women using aspirational statements about individual franchise models, living life to the full and direct to consumer relationships.

Then my daughter started to cry more. It wasn’t just dry skin. A doctor properly diagnosed she had eczema and beneath that, a milk protein allergy.

The next morning after another ragged night, my eye was clogged with conjunctivitis.

"What do you think?" B messaged with a collection of sunflower emojis. "Did you watch the links?"

"I think I have my hands full," I sent back. "It’s not for me." I shared a photo from the doctor’s office where I was with my son, who now had croup.

"I’ll check in with you when you guys get better," she sent with two cross finger emojis and a kissing face.

Except she never really did.

Over the next few weeks, I got included on emails for discounts on cleansers and two more invitations to join in webinars. Her social media also pivoted and started pushing people to come join her ‘Dream Team’.

I had my suspicions about what this was. I’m certainly not the first woman to have someone befriend them in the name of multi-level-marketing.

I wasn’t a potential friend. I was a mark. We were both links in a chain that went across the world and formed a pyramid, with post-birth, lost and lonely women as easy targets. Of course everyone craves flexible work with a community of like-minded women. It’s just that this version is a mirage.

These are canny structures that prey on vulnerable women. She wasn’t going to make real money from selling products. What she really needed was to recruit other people below her. That’s how these schemes flourish. The products, even if they work are mainly window dressing. And when they run out of people to recruit, the money dries up too.

Listen to this episode from The Well on female friendships. Post continues after audio.

Once I stopped buying the products and said no to joining the team, she stopped reaching out. She had other people in her sights. I did see her once more before they eventually moved back overseas. We were lining up for coffee at the kiosk at the mall. We had some brief chat. She impressed on me how well she was doing, how fabulous things were. I saw that in one of the webinars too. ‘Always project a vision of success.’ That’s another way to lure people in.

I eventually put the most expensive eyelash serum I’ve ever bought into the back of my drawer. All it gave me was gunky eyes. Eventually, with a little more sleep under my belt I could see the world clearer. I went back to writing; working on novels; one of which is about the impossibility of trying to do it all, with threads of social contagion, multilevel marketing and the temptation of optimising relationships woven through it.

I sat one morning not long after she left the country and coloured shapes with my daughter and some other mothers at a playgroup, when the simple truth appeared.

*names have been changed.

Tori Haschka is food writer, novelist and mum of two. Her first novel was 'Grace Under Pressure' and she is also the author of 'Cut the Carbs!' and 'A Suitcase and a Spatula.' Her articles have featured in Grazia, The Times, the Guardian and the Sydney Morning Herald. 'A Recipe for Family' is her second novel. You can find her on Instagram  here or her website, here. 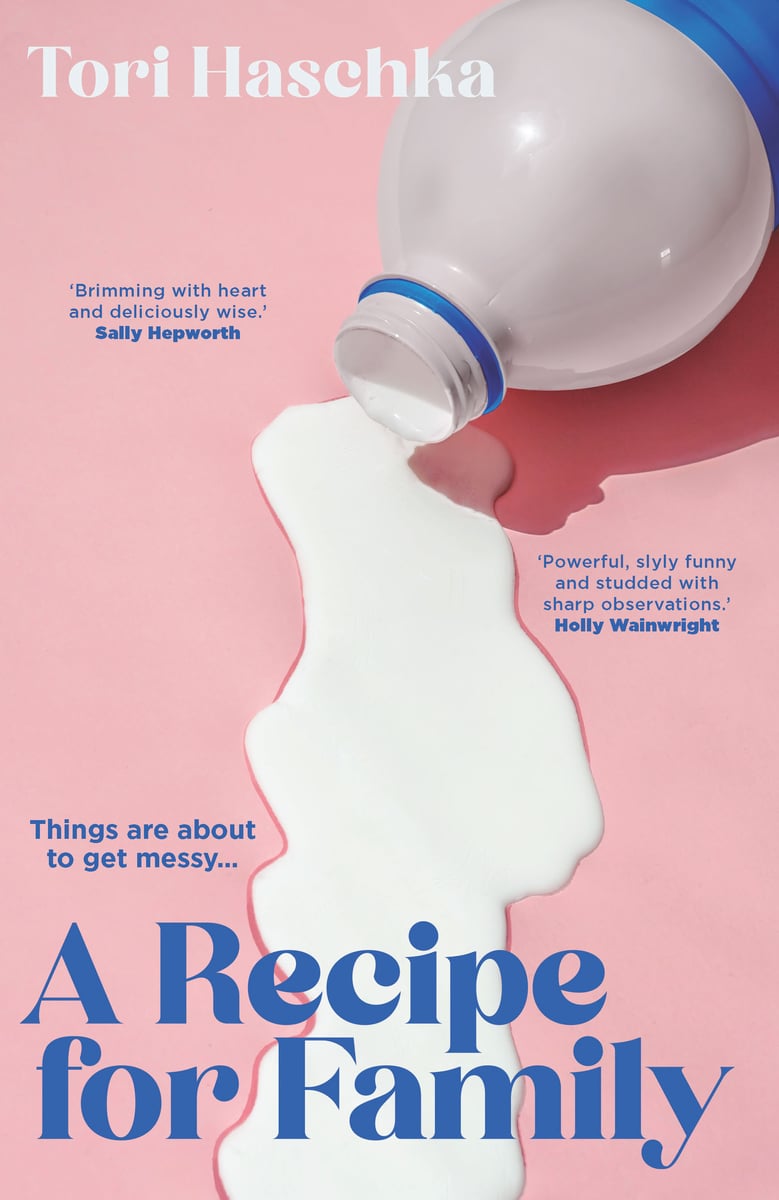 Reply
Upvote
1 upvotes
Pyramid schemes do seem to target new mums. I think it’s the lure of flexible hours. If only there was more flexible hours in legitimate businesses. I watched Kirsten Dunst’s tv show becoming a god in central Florida instead. Great show!
M
moornoe 5 days ago

Reply
Upvote
3 upvotes
I had a friend from high school reach out saying she would love to catch up for a coffee. We were actually quite close in High school and I was happy she wanted to meet in person instead of just 'liking' each others photos over FB. We had been out of school for 20 years so i welcomed the chance to catch up in person. We had to re-schedule a few times and in that time frame she ramped up her FB feed with whatever it was she was trying to sell. I realized what she was probably doing and I felt quite hurt and used. I messaged her telling her I had seen the new items she was selling and hoped it was going well. I casually pointed out i could never do something like that so that she was clear not to try and recruit me. I then suggested we meet the next week and I'd await a time and place. She never got back to me.
Resources
Very Peri
News
General
Opinion
True Crime
Politics
Sport
Explainer
Entertainment
Celebrity
Reality TV
Movies
TV
Books
Rogue
Royal
Lifestyle
Beauty
Fashion
Weddings
Home
Wellness
Health
Fitness
Travel
Food
Family
Before The Bump
Pregnancy
Baby
Kids
Teens
School
Parent Opinion
Work & Money
Money
Finance
Career
Lady Startup