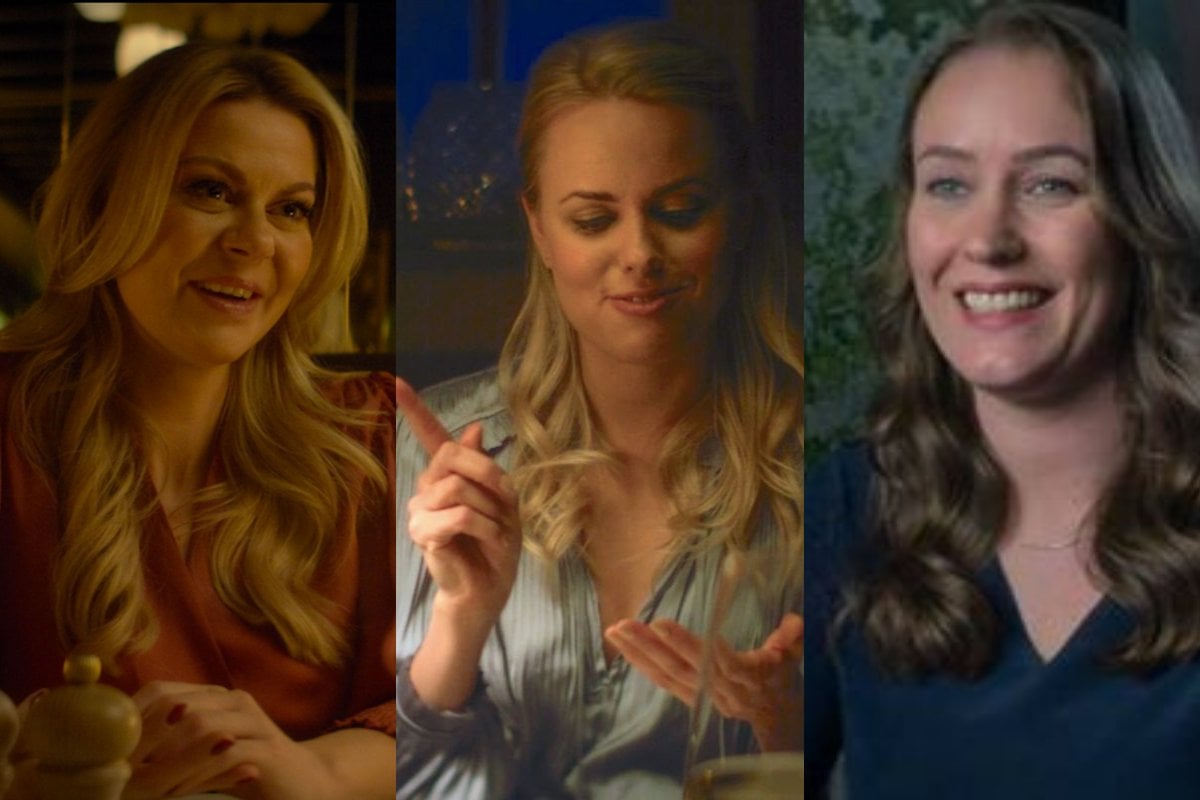 “I have absolutely no sympathies for the women swindled by the Tinder Swindler scammer idiot... these superficial women received the right treatment they deserve.”

"These girls are so stupid."

“Most of the women started off as Gold Diggers and then got got.”

“If your [sic] stupid enough to get swindled, you deserve it.”

The comments above are just a few from arm-chair critics about the victims portrayed on scam artist documentary The Tinder Swindler.

In case you haven’t had time to watch the Netflix show that has created headlines around the world, here’s the 411: Israeli con man Shimon Hayut goes by the alias Simon Leviev, and pretends he is the billionaire son of a diamond merchant. He meets his victims on dating app Tinder and earns their trust and love by sending them endless messages, buying them gifts, taking them on luxurious holidays, and asking them to move in with him. He’s their Prince Charming - or their Christian Grey, whatever floats your boat.

The documentary recounts the stories of three of Hayut’s victims, Cecilie Fjellhøy, Pernilla Sjoholm, and Ayleen Charlotte. Yet instead of being viewed as brave women who have come forward to tell their story - and thus warn others against Hayut and swindlers like him - a good percentage of the reaction from the general public has been, as evidenced by the comments above, pretty brutal.

The basic gist is: “It’s not me - it’s YOU.” Because I would never be so stupid, naive, reckless, gullible, and imbecilic.

This Us vs Them mentality is nothing new when it comes to the how many view the victims of a con. It’s human nature to believe that bad things only happen to other people. It’s a form of self-preservation.

“Think about the sayings that we have about the victims of con artists: ‘You can’t fool an honest man,’ things like that,” best-selling author of The Confidence Game Maria Konnikova told Vox. “Right away, it’s almost like victim-blaming. You’re saying, ‘Well, if you weren’t gullible, you wouldn’t have fallen for it.’ Victims can be incredibly smart, honest, not-greedy people. And con artists really do ruin lives and hurt people a lot.”

Let's take a look at another popular scam artist documentary, The Puppet Master: Hunting the Ultimate Conman. The docuseries focuses on British conman Robert Freegard (if that’s even his real name), who pretends he is an MI5 agent and convinces his victims to leave their entire lives behind and blindly follow him so that he can “protect” them. The price many of these victims pay is steep: Freegard systematically breaks down their confidence, their sense of security and ultimately their sense of identity. He takes their money, time and freedom. He sexually assaults some of them. One of his victims, Sarah Smith, is with him for 10 years before she realises she is being conned.

When the documentary was released last month, people once again flocked to social media to let these traumatised victims know that they think THEY ARE VERY DUMB.

How fucking stupid are these people

DON’T watch that #PuppetMaster doc on Netflix. Those folks deserve EVERYTHING that happened to them. Dumbasses.

How do you believe a dude is a spy working for the government yet YOU are paying for EVERYTHING?! On top of that, you not even allowed to communicate with your fam!

I am more mesmerise at the fact of how stupid and gullible these people are. This couldn’t happen to just anyone. #Puppetmaster #netflix

Of course, that’s completely and utterly wrong: It can and does happen to anyone. No matter how smart you think you are, it can happen to you. It’s happened to people just like you - ordinary people just living their lives. That’s the thing about the victims; they’re from all walks of life, with varying backgrounds. Despite what you may want to believe, there is no stereotypical victim. You can’t spot them in a crowd. Just like you can’t spot a con artist either.

Horribly, these scammers are often raised to hero status. Just look at Netflix’s number one series Inventing Anna, where the fake German heiress Anna Sorokin aka Anna Delvey cheats banks, investors and friends out of thousands of dollars. Unlike Tinder Swindler and The Puppet Master, Inventing Anna is a re-enactment of sorts, with actors and a script, rather than a documentary. So it’s easier to champion Sorokin and hate on her victims since it feels like a drama series than real life.

“There’s a reason they’re called [con] artists. There’s something very inherently appealing about seeing how tricky people can be. It’s like, ‘Wow, look at what they were able to do. How cool is that?’ You have a grudging admiration for them,” Konnikova said. “You have to be careful, though; it’s really easy to fall down the rabbit hole of admiring them too much.”

Ok I watched #InventingAnna and I watched a 20/20 special... can someone please tell me who the actual victims were? From what I can see, it was a bunch of stupid rich people, banks, and hotels.

There also tends to be less sympathy given to perceived “rich” victims. No-one feels sorry for the banks because they have plenty of money (nevermind that in reality, cheating a bank out of money means that we, the little people, will either get loans cut off or our interests raised). No-one feels sorry for friends who are left with the $62,000 bill for a stay in a luxurious Moroccan resort. For those rich kids who went to the Fyre Festival. For the rich wellness followers who hung on Belle Gibson’s every word. For the rich investors of Elizabeth Holmes’s now defunct company Theranos, which promised to be able to diagnose diseases from a single drop of blood.

You think: It’s the victims’ fault. They're to blame.

Until it happens to you.