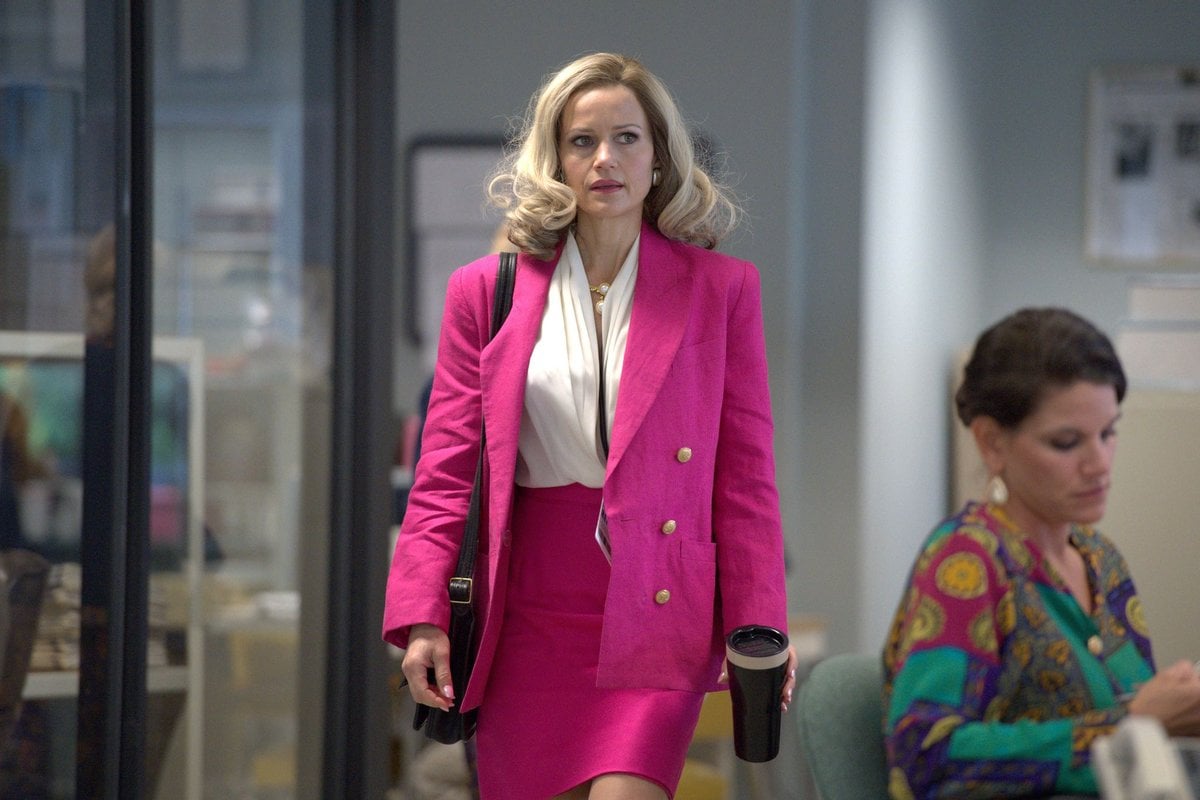 He immediately called the police and directed as many people away from the area as he could before the bomb exploded.

Richard Jewell was initially hailed as a hero until the FBI turned their attention to him and started to believe that he had in fact orchestrated the entire event and this information was leaked to the media.

These real-life events provide the basis for Stan's chilling true-crime series Manhunt: Deadly Games, which chronicles the deadly bombing at the Olympic Games and the complex manhunt for the real bomber, Eric Rudolph, that followed.

1. Before starring in Manhunt: Deadly Games, Cameron Britton was most famous for playing a chilling serial killer.

Cameron first made his mark in the TV series Mindhunter thanks to his menacing performance as real-life serial killer Edmund Kemper.

In stark contrast to his Mindhunter role, the character of wrongly accused security guard Richard Jewell, who is heroic but also socially awkward, required a whole different type of preparation.

Watch the trailer for Stan's Manhunt: Deadly Games below. Post continues after video.

Richard Jewell actor Cameron Britton said the iconic scene was "surreal" to film and one of the most emotionally taxing parts of bringing the TV series to life.

"They built this set with such great detail that you not only felt you were at the Olympic Games event, but you also felt like you were in the 90s," he said of the experience. "There were all these booths selling different merchandise. You look at what the 96 Olympics actually looked like, and the set did a lot to grab that accuracy.

"There was something like 300 extras for two weeks. It was pretty rainy, it was Pittsburgh, so they were standing in the mud. Some of them had the mud seeped into their shoes, and they're just standing in this cold wet field and dancing like a rock concert was going on right up till five in the morning."

3. Manhunt: Deadly Games creator Andrew Sodroski didn't believe there was enough "meat" in the Richard Jewell story to warrant a full TV series until he read a book by Maryanne Vollers.

Series creator Andrew Sodroski was always excited about the idea of bringing the Richard Jewell story to the small screen but felt the material wasn't enough to sustain the action-packed show he had in his head.

That was until he read Lone Wolf: Eric Rudolph and the Legacy of American Terror by Maryanne Vollers and realised that the story of Eric Rudolph, the man behind the bombing that Richard Jewell was accused of, had never been properly told on screen and needed to be part of the series.

According to Maryanne Vollers' book, five years after escaping into the mountains of North Carolina, Eric Rudolph became a figure of folk legend.

The manhunt for him was the largest ever manhunt on U.S. soil at the time and the FBI ended up abandoning the search for him after they discovered he had bombed the Atlanta Olympics, two abortion clinics, and a gay bar.

Maryanne's book details how Rudolph got careless and was finally arrested. But even behind bars, he remained unrepentant and even became somewhat of an obsession for members of the public.

4. The family of journalist Kathy Scruggs have previously voiced their concern about how her story has been told, so actress Carla Gugino went to extra lengths to make her performance accurate and respectful.

"One of the things that I always gravitate towards are the grey areas in characters because I feel like we’re all filled with them, as people," Carla Gugino said of the role. "The fact that she was excellent at her job, she was really good friends and very tightly knit with the whole police department. It was very unusual for her, as a woman, to be in that position, and it was because she was really good.

She also definitely partied, during the time that drinking and doing coke, and all of those things, really was not as much of a taboo, as it is now. The lines were a little bit more blurred. I was really intrigued by this woman who kept trying to get out and be able to really move forward beyond that."

All episodes of Manhunt: Deadly Games are available to watch now, only on Stan