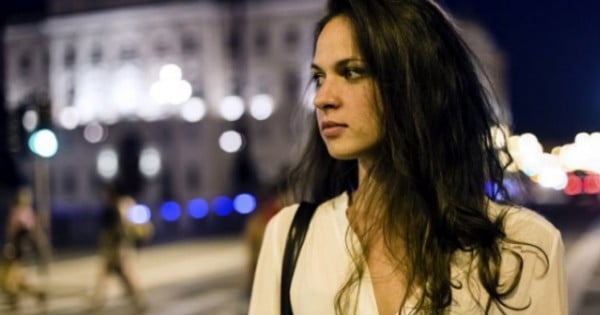 A community of women have come together to share the hardest things about being a female.

The discussion was hosted on online forum Reddit after one user posed the question:

“Women of Reddit: What’s the hardest thing about being a women, that you would like men to know?”

It’s not easy being seen as the lesser sex.

"Being polite to douchebags as a survival tool."

"My ex-boyfriend used to give me shit about trying to find the closest possible parking spot to the bar when we'd go out and I knew I'd be leaving by myself."

"I would say being conditioned to constantly be on the lookout for danger. It doesn't matter if it's one PM or one AM, it becomes second nature to always know who is walking behind you. You're constantly on the lookout for potential rapists and attackers, always watching who handles your drink. It's exhausting and frustrating to grow up being told you can't do certain things at certain times of day because you have a vagina so it just isn't safe."

There are a lot of things we aren't told about motherhood until we're in it. Post continues...

"The expectation that I, as a mother, have a greater parental responsibility."

"Well, I just gave birth this past Tuesday, so I'll say that was pretty hard/painful."

"Breastfeeding sucks. It forces us to be the default parent at all times. Imagine a tiny little leech that scratches and bites your nether regions. Plus we're forced to change our lives to encompass a tiny humans schedule. Just once I'd like to stay up past eight or not have to give up three hours of good sleep because the baby will expect a midnight snack right at 12. I'd also love a nice hard drink or to partake in more than one cup of coffee. Not to mention it kills our sex drive by literally drying up everything. Then there's the itchiness as they fill back up and God forbid mastitis which feels like someone lit a basketball on fire and then threw it at your chest repeatedly."

"Honestly, I would say that it isn't being taken seriously. If I look at males in my field, it appears that they have to work a lot less at managing perceptions."

"The expectation of wearing makeup to look professional. If you were to wear a professional outfit , say, a pantsuit or a nice dress; it appears incomplete without makeup or hair done. Natural curly hair is also viewed as unprofessional. Women have to invest so much more time into their appearance just to appear "professional."

"Honestly, being a woman is ridiculously expensive. Men don't have periods and have to pay for pads/tampons (not to mention cramps :( ) or have to wear expensive and often uncomfortable bras or have to buy makeup to make themselves look presentable. They can also literally wear the same suit and shoes every single day and no one would bat an eye. Whereas if a woman wore the same thing every day, she would be viewed as a slob."

"Guys complain about online dating, how guys never get responses. The sour grapes bullshit is a major reason why, it's assholes that can't handle rejection that ruin online dating for everyone. After saying you're not interested, you're told "you're fat and ugly anyways" or "whatever slut"."

"Legitimate opinions, annoyances and concerns are dismissed as 'being emotional'. Yet when men get angry or moody no one questions it."

Tomorrow I'm on the @TheEllenShow. I've heard great things about it. pic.twitter.com/Rmu3P9EBNv

Being gay but not looking stereotypical

"Lipstick lesbians" have their sexuality questioned by nearly every guy they encounter. I bet you've heard "well you just haven't had the right guy in bed" a million times. It's such a bs thing to say."

"I'm a 43-year-old woman. The expectation of looking good...for my age is incredible. If I don't look at least five years younger it's like I failed something."

"That whenever you show interest in sports, comics, video games, etc. you'll get quizzed by a guy to prove that you actually like said thing and not just like it to be cool or impress guys."

1) being afraid of being sexually assaulted/attacked and taking daily precautions against it
2) the money, time and effort that goes into looking stereotypically 'hot'. Between make up, styling hair, shaving, waxing, shellac, fake tan, eyelash extensions (when I can be bothered) and gym, I feel like half my life is 'maintenance'! My husband (who is still stereotypical gorgeous) just whacks on a bit of hair product and he's good to go!

I've not really noticed any of these things and I'm pushing 40. Also, it takes longer for my partner to shave and look professional than it does for me to whack on some BB, mascara and gloss. Really annoys me when women say that having the "greater parental responsibility" is hard, too. Both my partner and I would have loved to be stay at home parents while the other worked, but I got that luxury, because... well, boobs. How about more celebrating about why being a woman is damn awesome?