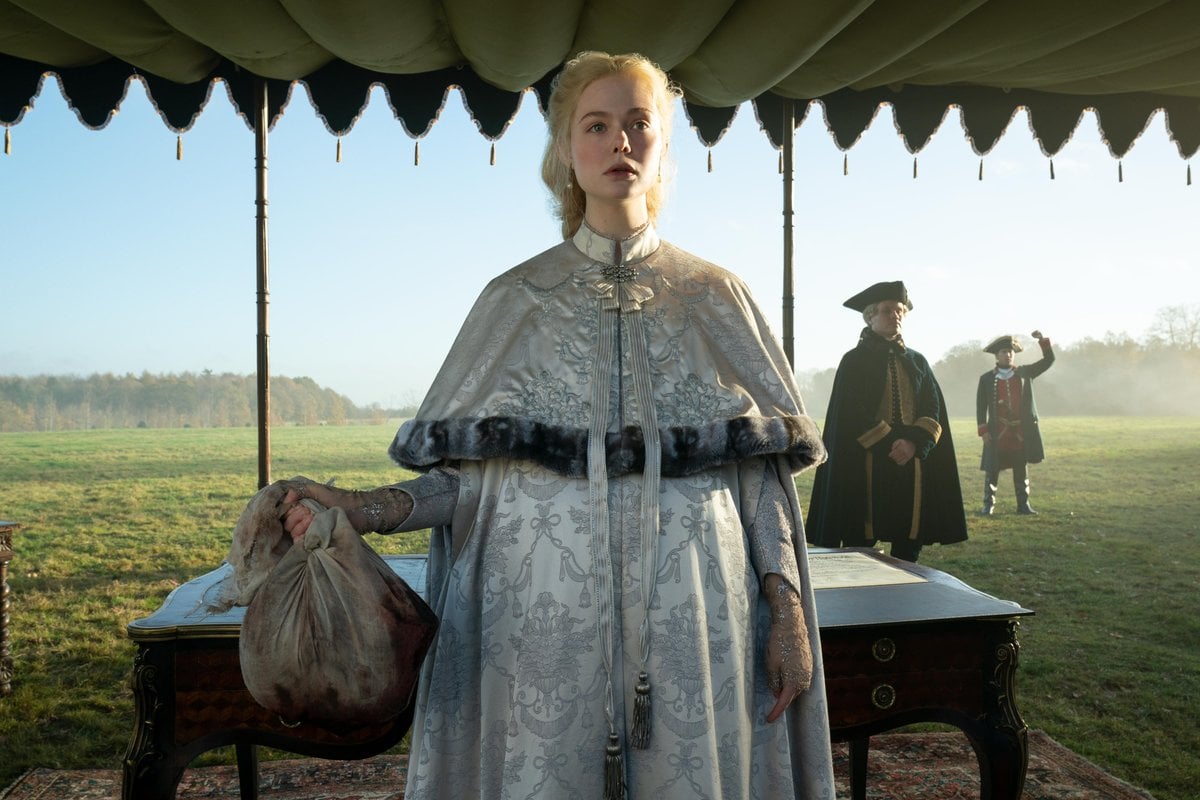 Stan’s The Great is one of those rare entertainment offerings that exists in a world all of its own, a truly original series anchored by a complex and entertaining heroine.

Season one of The Great introduced us to the "anti-historical" dramedy series which is (very) loosely based on the life of Catherine the Great, Empress of All Russia, played to perfection by Elle Fanning.

When we first met Catherine, she was a naïve young woman happy to take her place beside her new husband Peter III of Russia, played by Nicholas Hoult, who brings to life a character who is completely loathsome yet utterly compelling to watch.

Take a look at the trailer for The Great season two, watch it only on Stan.

The royal couple never exactly had a fairytale romance, but things certainly escalated when Catherine discovered that women were not allowed to be educated in Russia, and so she secured the funds to build a special school, only to have Peter burn it to the ground when he learned of its purpose.

From there, Catherine and Peter fought a carefully curated, and wickedly funny, war between themselves within the palace walls. One where they and their respective bands of followers battled it out for power and control.

Catherine became pregnant with Peter's child and in the final episode of season one, she forged ahead with her plan to stage a coup and murder Peter in an attempt to take his crown. Things didn't go exactly to plan of course, and season two picks up right in the aftermath of the madness, with Catherine's attempt to overthrow Peter still raging.

One of the strongest aspects of The Great has always been the electric dynamic between Elle's Catherine and Nicholas' Peter.

When they are together on screen, they are very much an anti-love story.

The audience is not supposed to want them to be together, due to the despicable things they do to each other, yet their banter is so witty and their chemistry is so strong that every scene they share is tinted with anticipation and unpredictability.

In this new season, Peter slowly transitions from being just Catherine's despicable husband to something more, a mix between a prisoner and an ally. And potentially a lover.

Need to catch up on season one of The Great on Stan? Listen to this special episode of The Spill.

In season two of The Great, our heroine's story is taken to a new level. She's been able to claw her way into a certain amount of power, but holding onto it will be a whole other matter.

Catherine has finally taken the Russian throne for her own, but instead of just facing down her ruthless husband Peter, she's now tasked with liberating a country that really just wants nothing to do with her.

Season two also throws Catherine another difficult curveball in the form of her mother Joanna, played by the always-on-point Gillian Anderson.

Joanna is a glamorous socialite from Germany and is often reverently referred to as the "maestro of marriage" all thanks to her uncanny ability to arrange high profile and successful marriages for her daughters.

Which of course means that she is none too happy to learn that a pregnant Catherine is not only at war with her husband, but she's also taking control of his kingdom.

After travelling to Russia to see the situation for herself, Joanna, who at first appears to be a doting mother, soon appears to have a much more sinister motivation for her trip and is very much hellbent on protecting her family's reputation, rather than her daughter's best interests. 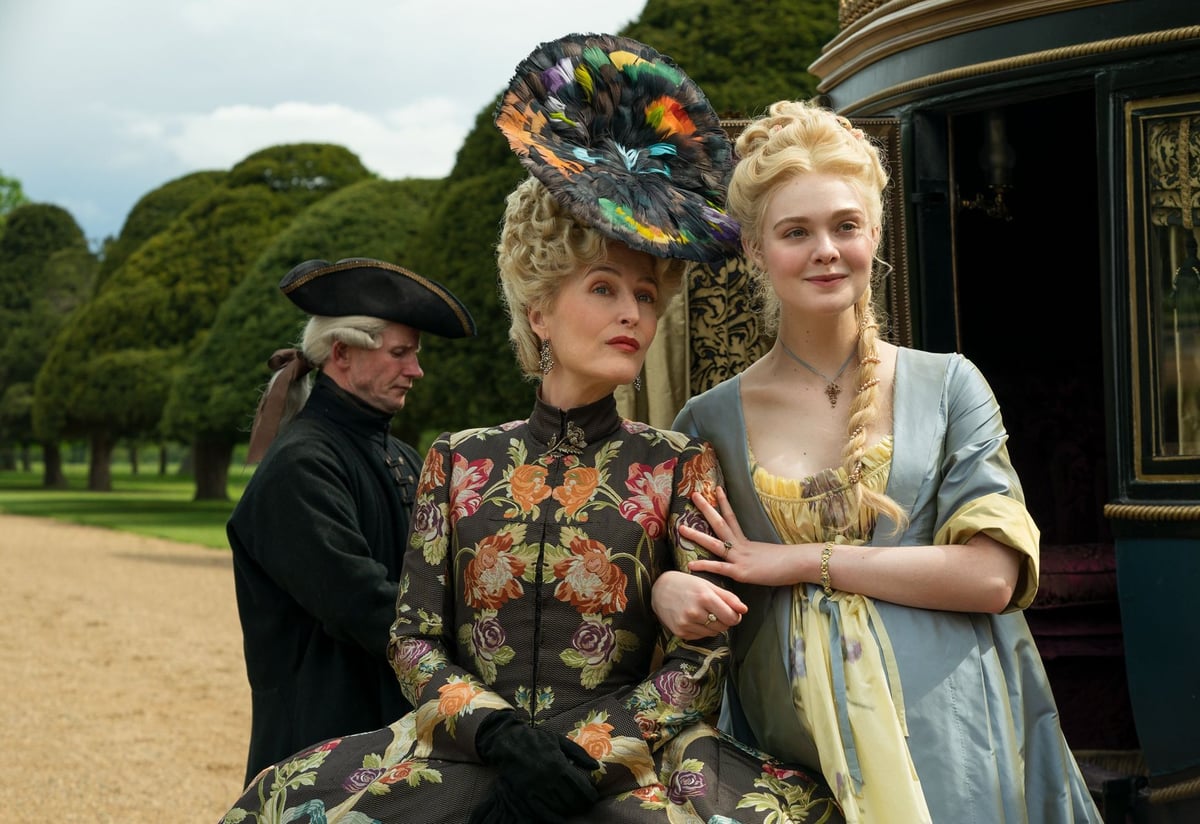 Gillian Anderson as Joanna and Elle Fanning as Catherine in The Great season two. Image: Stan.  Season two of The Great will also see the return of fan favourite characters such as Phoebe Fox as Marial, Catherine's loyal but cunning lady-in-waiting, and Belinda Bromilow as Peter's calculating Aunt Elizabeth. Gwilym Lee will also make a return as Peter's long-suffering friend Grigor Dymov while Charity Wakefield reprises her role as Peter's mistress Georgina Dymova.

The Great returns with all the same storytelling elements that enticed audiences to fall in love with it during the first season.

It is once again a sea of lavish sets, beautifully crafted costumes and a plotline with enough twists and turns to keep you guessing what the fates of your favourite characters will be with each passing episode.

Yet this time around the stakes are higher for Catherine than ever before, and her story is more deliciously thrilling.

Season two of The Great will premiere tonight, exclusively on Stan, with all episodes dropping at once.