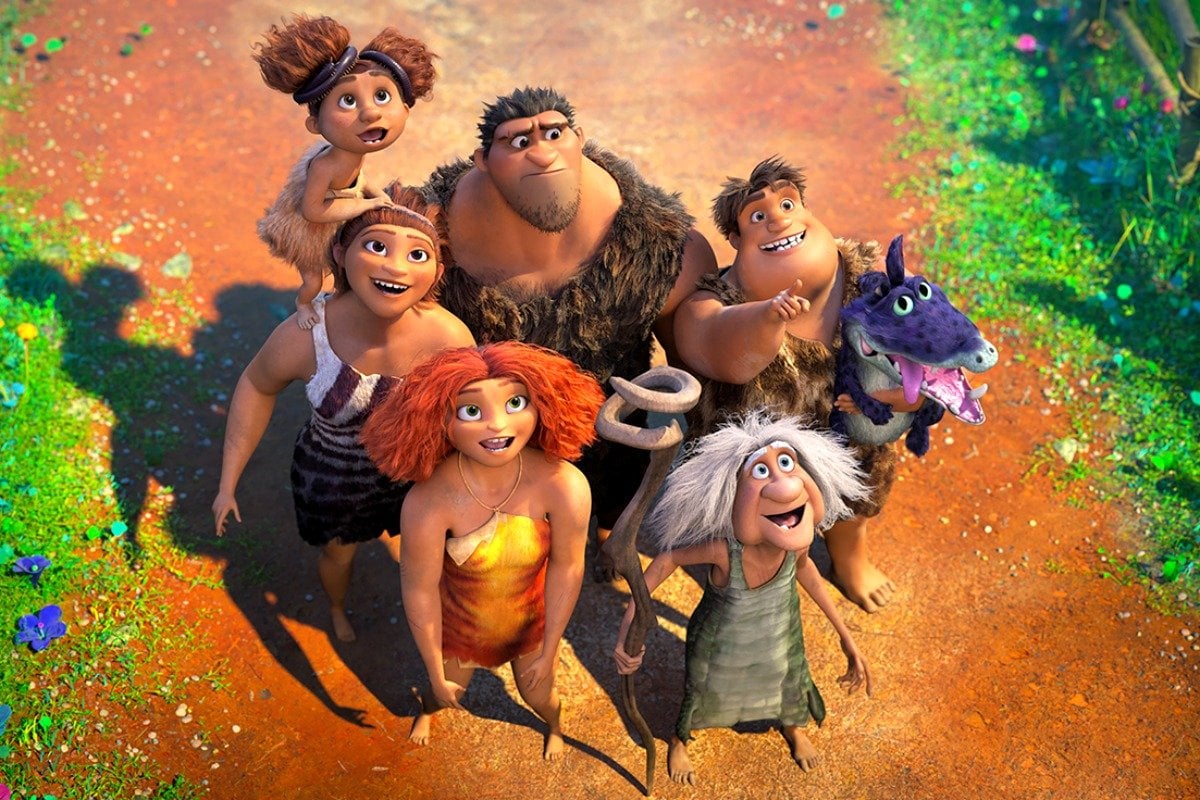 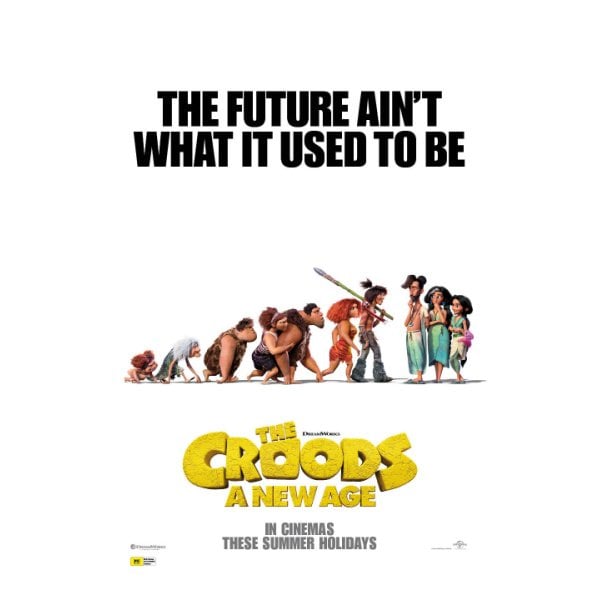 Thanks to our brand partner, The Croods: A New Age

Every family has their own quirks and unique stories, so it's somewhat comforting to know that no matter how many thousands of years pass us by, the idea of family always stays intact.

At least that's the message in The Croods: A New Age, which centres on a family whose lives look very different from our own... but when you look at how the members of their tribe act, it's like looking into a mirror.

We were first introduced to the Crood family in 2013 during their initial big-screen outing, which featured the voices of Nicolas Cage, Emma Stone, Ryan Reynolds and Catherine Keener. The Croods: A New Age adds some new voices to an already star-studded mix: Peter Dinklage (Game of Thrones) and Leslie Mann (Blockers).

Now for a quick refresher: The Croods live in a fictional prehistoric era known as "The Croodaceous Age" and, once their cave is destroyed, embark on an epic journey to search for a new place to live, with the help of a young boy raised in a very different family.

The Croods: A New Age, out on Boxing Day, finds the family once again in search of a new home when they come across a seemingly perfect walled-in paradise. A paradise that happens to be home to a much more evolved family who shake up everything they thought they knew about themselves. That family are The Bettermans (get it?), a tightly wound family who think they're a step up on the evolutionary ladder (Dad even has a man-bun).

While The Croods' prehistoric fashions, adventures and clashes with their evolutionary counterparts provide endless entertainment, it's the hilarious familiarity of this family that really pulls you in.

With that in mind, here are the six types of family members everyone has, as told by The Croods.

Take a look at the trailer for The Croods: A New Age.

1. The stubborn, overbearing parent who acts out of love (AKA Grug Crood)

Every family has at least one senior member whose orders and rules are met with an eye roll or a groan of despair.

A parent who is so stuck in their ways that they’re wary of trying new things like travel, adventurous hobbies, or in the case of Grug Crood, leaving the safety of the cave and trusting a whole new family.

It can feel out of touch and overbearing at times, but you also know they do it all out of love for their family.

2. The headstrong eldest child who is TROUBLE (AKA Eep Crood)

Eep Crood. Image: DreamWorks Animation LLC.  The eldest child in a family is used to forging their own path and being the first of the younger generation to test out the limits of a new and changing world.

It’s the child who stands up to the adults, who pushes back against acceptable family practices, and every once in a while, goes a little too far and ends up in a bit of trouble.

When it comes to Eep Crood, that means sneaking out of the family cave at night or befriending the child of another family and taking them on a forbidden adventure.

Kind of like that time your big sister borrowed your family car without asking and took it on a sneaky late-night road trip.

3. The caregiver who puts the family needs before their own and is often underestimated (AKA Ugga Crood) 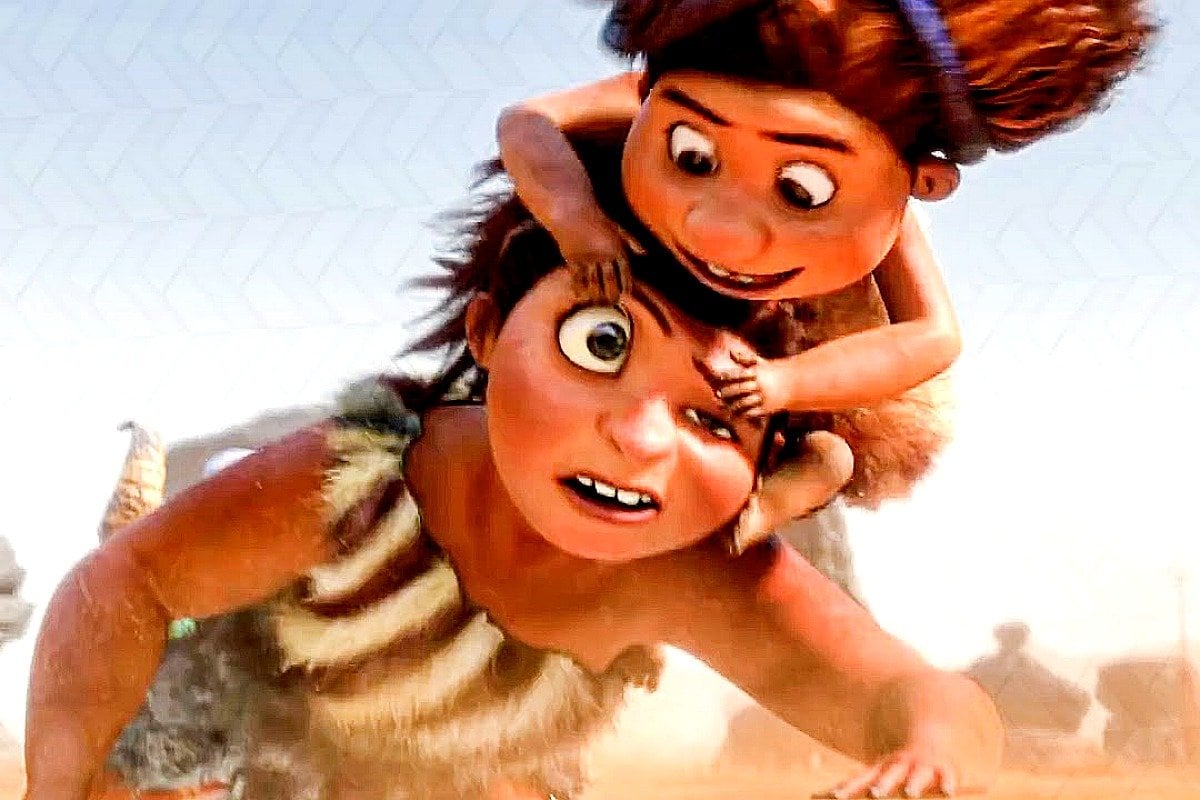 Ugga Crood. Image: DreamWorks Animation LLC.  This is the person who's basically the quiet achiever of the family, but you notice their absence the most when they’re not around.

They’re the person who makes sure everyone else is cleaned and fed (or in the case of Ugga Crood, not eaten by wild animals), always takes the burnt piece of toast, and acts as the peacemaker when family disagreements reach a boiling point. The glue that keeps you altogether, basically.

4. The person who is not related by blood, but is still part of the family (AKA Guy)

Guy. Image: DreamWorks Animation LLC.  Sometimes we are lucky enough to choose our own family.

There's always that one person in your family who feels like part of your DNA, even though you didn't all spring from the same gene pool.

Maybe they came into your life in a strange way, just like Guy stumbling upon the Crood family and surviving a few near-death experiences with them.

Yet they still accept all your family's quirks (and even play into them) and there's a fierce loyalty there that cannot be shaken.

5. The (slightly savage) baby of the family who can get away with pretty much anything (AKA Sandy Crood) 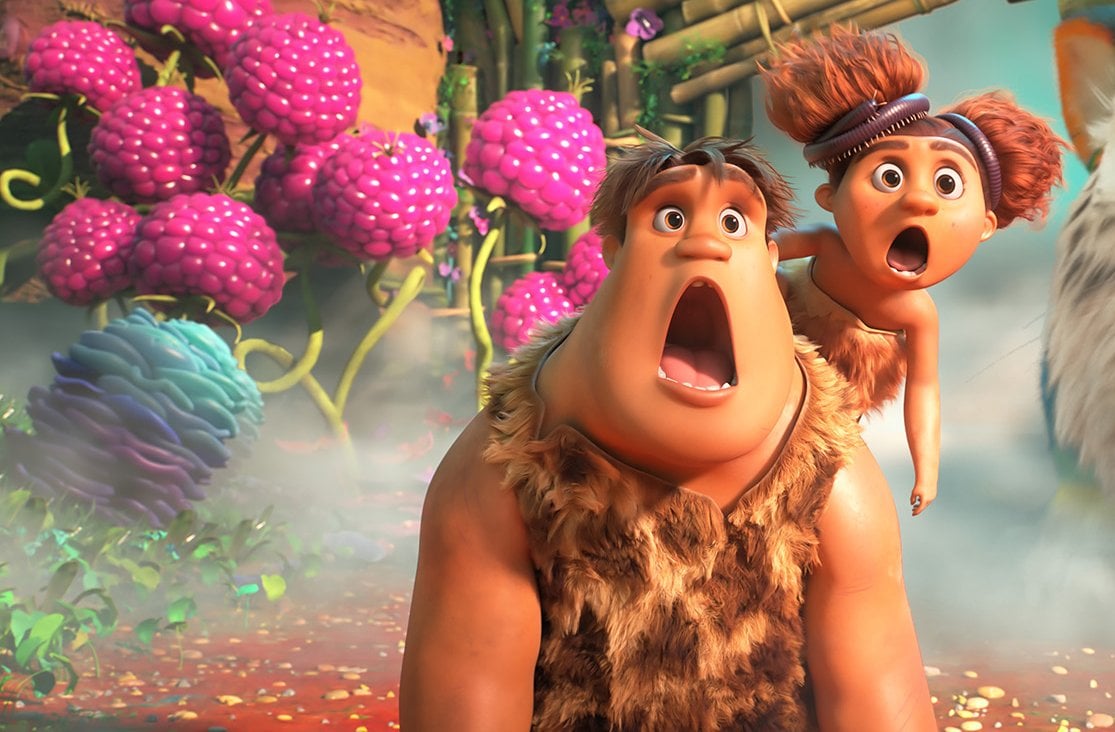 Sandy Crood, pictured with brother Thunk Crood. Image: DreamWorks Animation LLC.  If you ever had a younger sibling who got you in trouble because they ran wild, aggressively broke everything you owned and literally sank their teeth into you if they didn't get their way, then chances are your family has their very own Sandy Crood.

Traditionally, the baby of the family is allowed to get away with some unacceptable behaviour. Their parents have been around this merry-go-round before and chances are they also have their hands full with older kids.

The baby of the family might be slightly savage and annoying, but they are also adorable and you'd do anything to protect them.

6. The not always socially correct grandparent who says exactly what they think (AKA Gran) 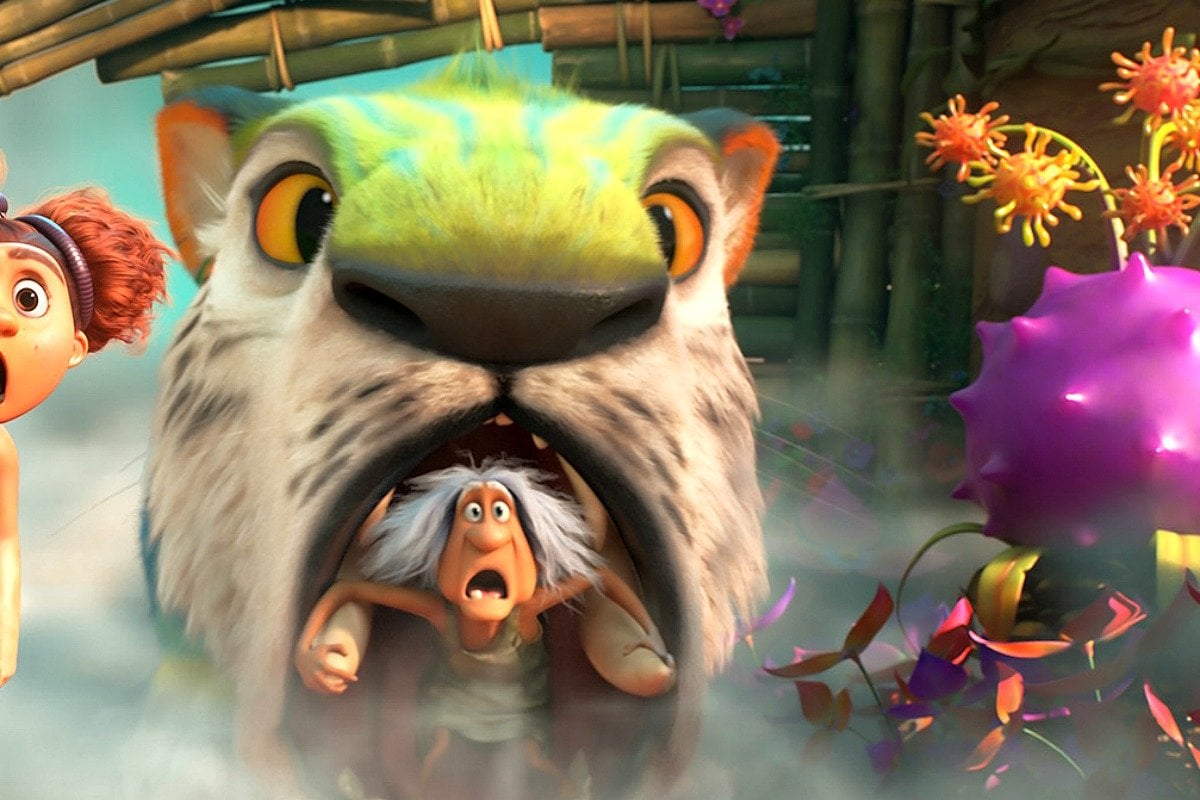 If you're lucky enough to have a grandparent still in your life, then you'd know that they often live by a firm set of principles they were raised with. In Gran's case, that means believing wholeheartedly in natural selection.

Are these family members familiar to you? Which one are you? Tell us below!

The Croods: A New Age is in cinemas Boxing Day.

The Croods have survived their fair share of dangers and disasters, from fanged prehistoric beasts to surviving the end of the world, but now they will face their biggest challenge of all: another family! The Croods: A New Age features the voice talent of returning stars Ryan Reynolds, Emma Stone & Nicolas Cage, and joined by new stars Peter Dinklage (HBO’s Game Of Thrones) and Leslie Mann (Blockers).