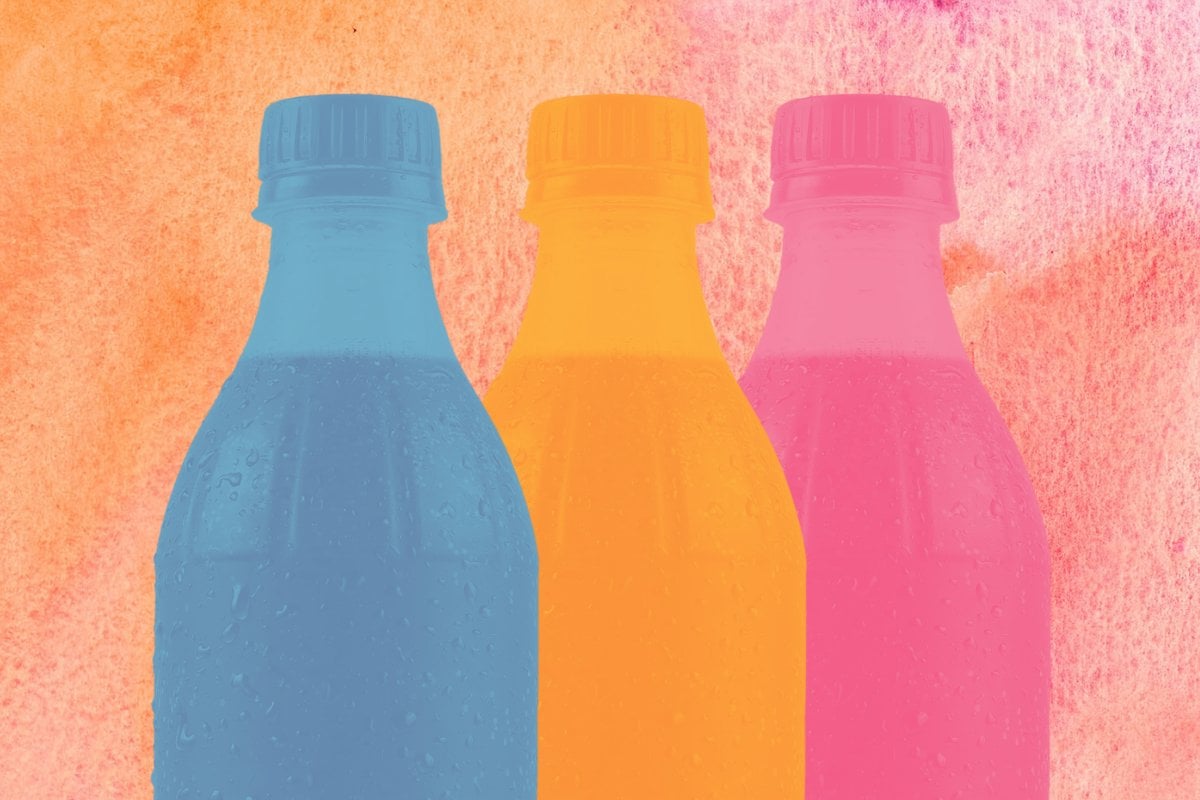 I've seen a thing doing the rounds about the 'Coke bottle effect'. Those of us with neurodivergent children will be aware of this concept.

It serves to explain why teachers say our kids are "fine" or "had a really good day" and yet the second they get home (or sometimes even before we've left the school gates) they blow up in our face.

In simplicity, you imagine the child is a bottle of Coke. Every time something stressful happens the bottle is shaken. Nothing much seems to change. But the bottle is shaken and shaken. The pressure builds and builds and then once home with their parents, in their safe space with their safe people, the lid comes off the bottle. All the shaking results in a lot of mess and try as you might, once the fizzing starts, the lid is next to impossible to get back on.

In the example I've seen, there's a boy going through his day and we think of the stressful things he goes through. My only criticism is that I think the things are too obvious, at one point he gets sent to the head teacher's office for being "naughty". So here's my take on the things that shake children up and down the land.

Let's call the child Kate. Kate is autistic, the school knows she's autistic and has measures in place to help. Kate goes to a mainstream primary school just like every other primary school up and down the land.

Kate arrives at school. She's excited to build a Lego model during soft start. She's been planning it all morning. Only three children can play with the Lego at once and Jack, Zoe and Anya got there first. Kate sits at her desk and draws a picture. Her teacher congratulates her on a beautiful picture. But it wasn't a Lego model.

Kate does a maths test. She gets 9 out of 10. Her teacher says well done. Kate can't shake the feeling she should have got them all right.

The classroom is loud, the sound of chairs scraping on the floor. Those children laughing. Kate has a pair of ear defenders. She wants to wear them. She knows she's allowed. But she knows it makes her look different. So she doesn't.

At break time Kate is excited to see mummy gave her a cereal bar for a snack when she usually has an apple. She'll forgive the change of snack because, you know, it has chocolate chips in it. Two bites in, a child bumps into her and it falls to the ground. Kate can't eat it now it's dirty, she tries to tell the teacher who tells her it is fine, just brush off the dirt, it was even in a packet. But she can't. It's contaminated. So she puts it in the bin.

Shake the bottle. Twice. She was excited about the chocolate and now she's also hungry.

Back in the classroom and David accidentally bumped into Kate when he was handing out some work. She wasn't expecting to be touched.

Lunchtime. Kate has ordered chicken tenders, chips and beans. On getting to the front of the queue she realises there are no beans but they have peas and corn. She likes peas and corn but they're mixed together and anyway, it's supposed to be beans.

In the afternoon, Kate has to give a presentation about wind farms. She's passionate about this presentation, she's been researching hard and got to use the class Chromebooks to do it. She rattles off every fact in the world about wind farms. Her teachers don't notice the anxious wobble to her voice as Kate covers the anxiety with talking a LOT. She's congratulated for an illuminating presentation but Kate is tired and can't hear it.

Andrea is asked to tidy away the pencils at the end of the day. Andrea puts the pencils in the pen pot. Kate really wants to say something but last time she said Andrea was doing it wrong she got reprimanded for tattling. So Kate hurries round behind Andrea separating all the pencils out. And gets reprimanded because she's supposed to be in her seat.

Now shake it twice more because a school day is tiring even if you don't have any type of neurodivergency.

Kate's teacher sends a quick message to mum saying, "Kate had a great day, she got 9 out of 10 in our maths test and she did a brilliant presentation about wind farms. And she didn't need her ear defenders at all today."

Mum collects Kate and says, "Hey darling, how was your day?" And so the lid comes off. And it takes a long time to let out all the fizz. And it's just as messy as if it had been a literal bottle of Coke.

This post originally appeared on Jay Elizabeth Brownlee's Facebook and has been republished here with full permission.

Reply
Upvote
This brought me to tears. My daughter is not autistic but has high anxiety. To imagine that this was her day, I can understand her stress and worry.
mamamia-user-685742285 6 months ago