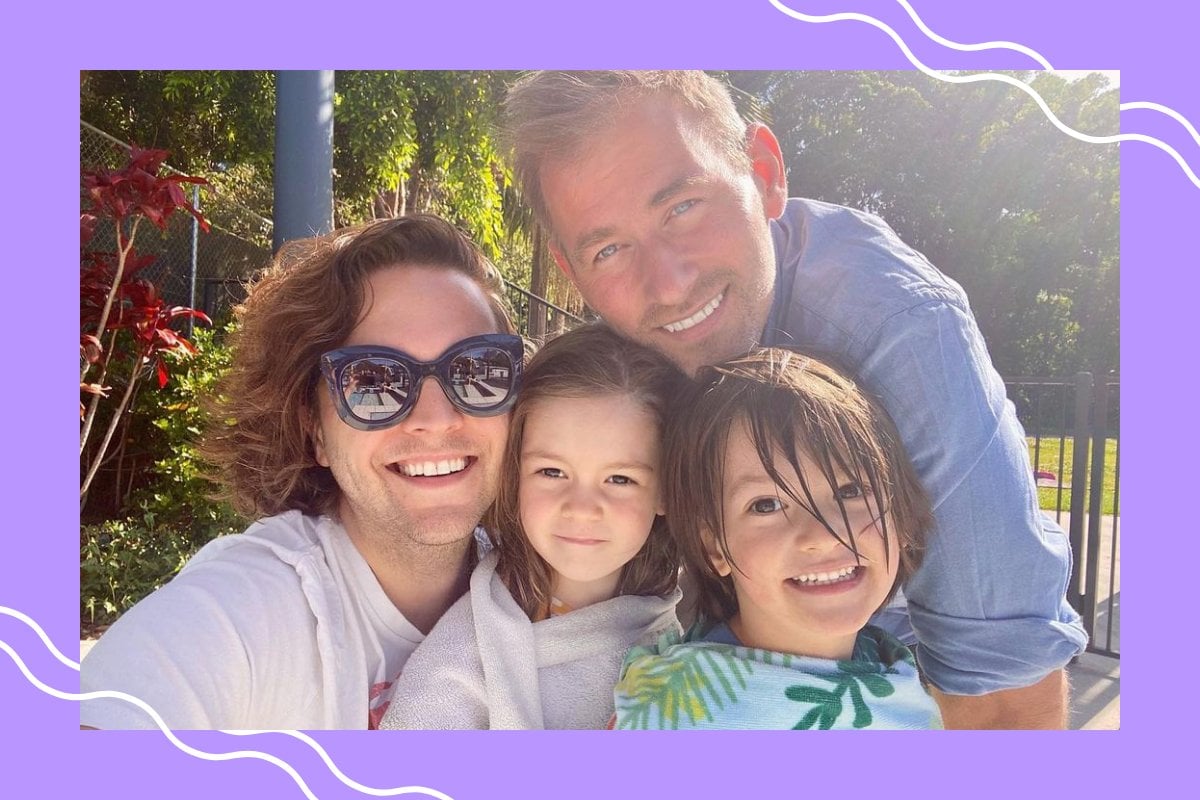 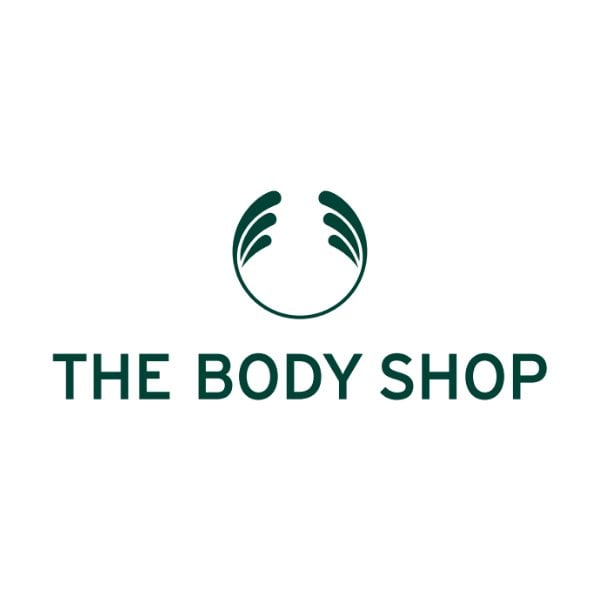 Thanks to our brand partner, The Body Shop

But when I first met my (now) husband at a seedy bar in NYC, something inside of me said “give this relationship every ounce of your effort”.

You know that voice, right? That strange internal monologue that shows up on a first encounter with select humans, driving you to be the most authentic version of yourself. A version that allows you to communicate your needs clearly, listen with intention and prioritise conflict resolution.

Something way back then – a decade now – told me that this man was worth fighting for. And over the course of the last two years, I’ve been reminded, time and time again, just how smart that little voice was.

My husband, Josh, has always placed my needs at the very top of his priority list. He’s fully and completely dedicated to this relationship. His attention to detail, his perceptiveness and his willingness to move mountains to ensure that I’m heard is what made me fall in love with him.

I’d like to pretend that I’m an equally fabulous partner, but that would be a lie. I’m more of a children-first-everything-second-kind-of-person, which comes with a unique set of strengths and weaknesses.

One of those weaknesses is my inability to prioritise me-time, which became abundantly clear when we went into the second Sydney lockdown.

We were moving house and I was juggling a new-ish job working for myself, but I wanted to spend as much time with my children as I could.

Like so many other Australian parents, I was overwhelmed and afraid of the impacts that a second (or third or fourth) lockdown might have on children.

I put a lot of pressure on myself to do as many family activities and group projects as possible, de-prioritising my career, my relationship and my self-care.

For the first month, I was firing on all cylinders. Like many parents I know, I was “faking it until I made it”. But the “making it” wasn’t actually happening.

I was becoming more and more anxious by the hour as I attempted to dominate the elusive parenting juggle, which was rubbing off (negatively) on my entire family.

Then, like in a fairytale, my husband stepped in to rescue me. Right on cue, Prince Charming.

“This isn’t working”, he said before bed one night.

“Not just for you, but for all of us. We’re not going to survive another three or six months of this at the current pace. We can’t both work full-time, exercise, mind the children and keep this relationship strong. It’s just not possible.”

I was deeply anxious at the time, so I responded back with something sassy like, “Well, what did you have in mind then?”

Luckily, he had a proactive plan mapped out.

“I think we should introduce shifts. Every other day, one of us will get up with the kids while the other one sleeps in. The parent who gets up early will own the first shift, taking the kids to the park and entertaining them downstairs while the other parent works. And then, after the twins have their nap, the second parent will take over and we’ll switch. If we do this, we’ll not only have time to get our work stuff done, but we can have lazy mornings alone to focus on our mental health. Maybe we sign up for therapy? And an outdoor trainer or tennis coach?”

I remember saying, “what about time together as a family?”

“We’ll forgo that for a bit. We might not see each other as much, but it’s a temporary separation so that we can both be in the best state-of-mind possible as we weather this lockdown.”

And that’s exactly what we did.

We signed up for weekly therapy and exercise classes. We had alone time to really focus on succeeding at work. And we both, unsurprising, found it easier to dedicate ourselves fully to our children with the solo half days we had with them.

In retrospect, that proactive plan saved me. It saved us.

That plan allowed us to not only survive a lockdown, but to thrive.

Sure, on the outside we looked like a divided family. My husband stopped making cameos on my Instagram. And our children started comparing us to one another (“But Daddy always does blah blah blah”). But that sacrifice allowed us to prioritise our mental health. And with stronger mental health came a more consistent amount of joy. And that joy rubbed off on our children and each other. In fact, it rubbed off on strangers.

Now that lockdown is over and we’re back together again, powering through our “normal” routine, we’re happier and closer than we’ve ever been. And I have a handsome and intuitive husband to thank for it.

For the past few weeks, I’ve been considering how best to thank my husband for all that he has given us this past year. It’s so bloody important to highlight and reward kindness, isn’t it? 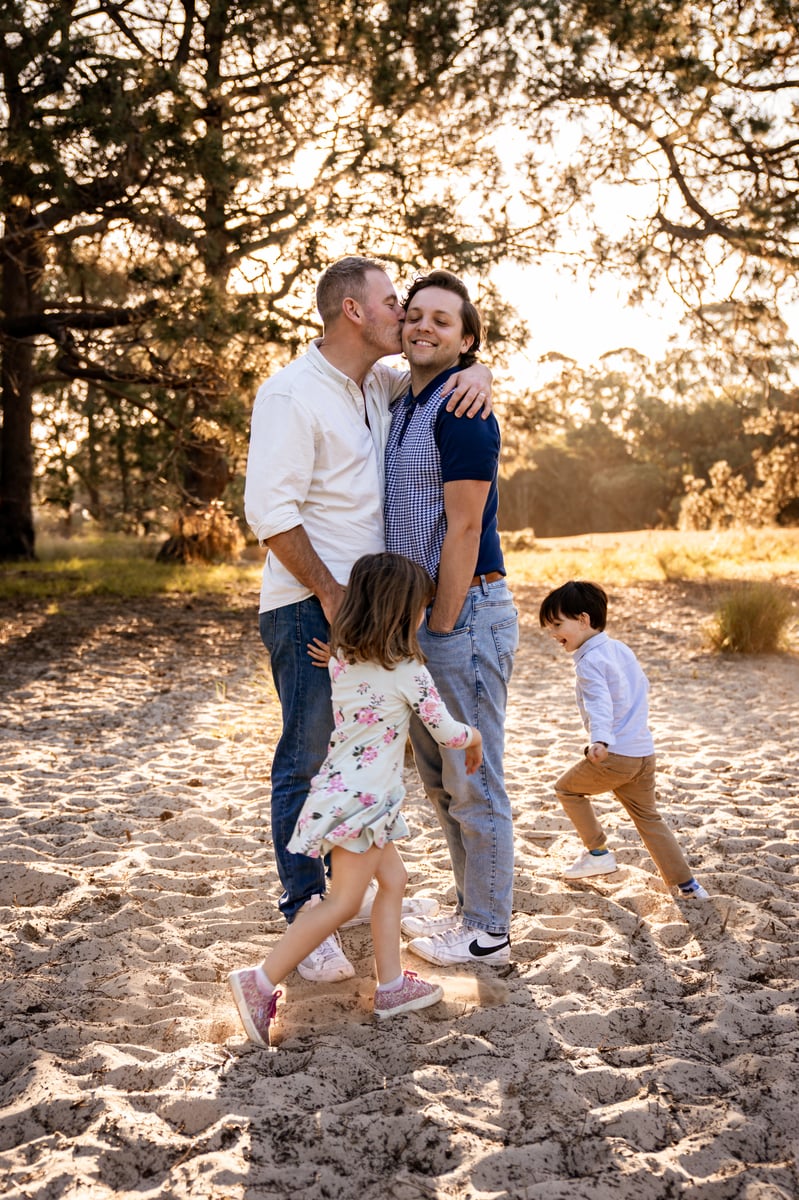 Instead of guessing, I decided to ask him quite simply: “What would bring you joy?”

He took time to think about it and came back with a list of things, including a desire to focus a bit more on “me time” (massages, skin routine, a nice haircut) and to give back to others.

This Christmas, The Body Shop is pulling a major Josh Szeps moment and putting others first.

With a massive range of gifts and products that not only make the gift receiver feel loved (there’s something about beauty products that feels like the person really cares about giving you a special me moment), but they are really good for the planet and support communities around the globe.

When I purchased a handful of “For Him” beauty product as a pre-Chrissy thank you, The Body Shop donated a portion of the haul to the Little Dreamers' Young Carer Advocacy Project (YCAP), giving Young Carers – children who give up their childhood to provide unpaid care to a family member – a voice and a platform to create positive change.

And that’s not it. This Christmas, The Body Shop is celebrating Joy Heroes like my husband – people who spread selfless joy, love and kindness to others.

They are partnering with Mamamia to give Joy Boxes to deserving winners. The boxes contain two gifts: one for the Joy Hero (nice) and another one to pass on (even nicer).

There’s so much to unpack and very little reason not to choose The Body Shop as your go-to destination for gifts with a purpose this holiday reason. But I won’t keep you hear with all the nitty-gritty details, so do yourself a favour and visit their Joy Hub to see how they're sharing the love.

You, my friends, can spread joy this Christmas by sharing gifts with purpose.

Gifts that inspire, make you feel good about your purchase and gifts that remind you – after such a challenging few years – that spreading love and joy is really what this holiday season should be about.

Spread the love and share the joy this Christmas by purchasing a gift for your loved ones from The Body Shop. By doing so, you are helping them support Little Dreamers, an initiative spreading kindness by advocating for unpaid workers.

Check out their Joy Hub this season to see how they're celebrating Joy Heroes and continuing to support communities around the globe.

Joy catches like kindness, and we know it’s always better when it’s shared. That’s why The Body Shop want you to join them in making this your most selfless Christmas yet. This season, connect with your loved ones with sustainable gifts that bring joy to more than one, and help support their charity partners. Every purchase* with The Body Shop this Christmas supports Little Dreamers’ Young Carer Advocacy Project, giving Young Carers a voice and platform to create positive change for all young people with caring roles. Discover more about how The Body Shop is spreading the joy this Christmas at thebodyshop.com.au *T&Cs apply