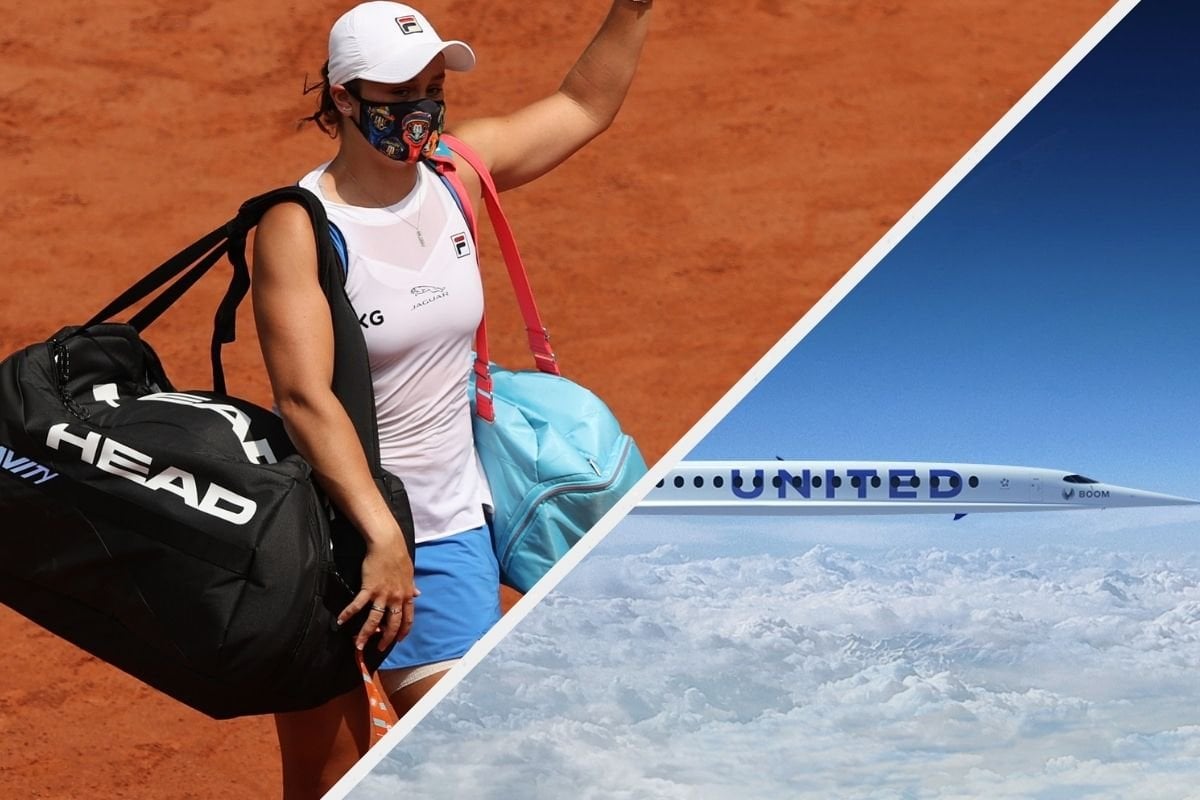 Finishing the job of vaccinating aged care workers and residents for COVID-19 and slicing up the cost of support for families and business will be on the agenda for political leaders when National Cabinet meets on Friday.

Prime Minister Scott Morrison on Thursday announced states and territories going into lockdown for more than seven days to deal with outbreaks will get access to disaster-style payments of up to $500 a week.

Morrison and the premiers will discuss how to fund the scheme. The two options are a straight 50-50 split of costs, or one level of government would fund business support while the other handles households.

Prime Minister @ScottMorrisonMP has introduced the temporary COVID disaster payment for circumstances where there are lockdowns imposed by states that are longer than seven days and are deemed hotspots.https://t.co/oHGZvGXWQ2

In any case, support will start to flow to Victorians from Tuesday, with the amount depending on whether they are casual or full-time workers and how much they have in savings.

The federal government is also looking at ways to find out how many aged care workers have been vaccinated.

Morrison said National Cabinet would also discuss whether it should be mandatory for aged care staff to be vaccinated, which expert advisers have never recommended.

The advice is unlikely to change but the prime minister favours the idea of states using public health orders, which WA successfully used to boost the vaccination of quarantine workers.

Melbourne is bracing to enter a second week of harsh restrictions as the state government tries to stifle an outbreak that has infected 65 people - growing by four new cases overnight.

Restrictions have today eased for regional Victorians, which as of 11.59pm on Thursday could leave their home for any reason.

Regional Victoria is welcoming more freedoms as it emerges from lockdown today. Here are the new COVID safety measures you need to follow. #9Today pic.twitter.com/P1uft3Qigh

It comes as the state recorded three new cases of COVID-19 on Thursday, all of them primary close contacts of existing cases.

The results were detected among 57,519 test results received in the 24 hours to Thursday morning, a record for the state.

More than 50,000 people received a COVID-19 vaccine dose, including 23,921 administered at state-run vaccination hubs, which was a record.

Melbourne's lockdown has been extended until 11.59pm, Thursday, June 10, as health authorities scramble to stamp out what they say is a more infectious variant of the virus.

However, Year 11 and 12 students will be able to return to classrooms, and some outdoor work such as landscaping and painting can resume from Friday. Residents will also be able to travel up to 10km from their residence to shop and exercise.

Victoria's Deputy Chief Health Officer Professor Allen Cheng said he was confident the seven-day extension would be "enough" to contain the outbreak, and is confident the city will be free to enjoy the Queen's Birthday long weekend.

NSW has extended by a week the stay-at-home order for people who have arrived from Victoria, after the southern state lengthened its lockdown.

Anyone in NSW who has been in Victoria after 4pm on Thursday, May 27 will have to stay at home until June 10.

NSW Health will review the measures then, it said in an alert issued on Thursday afternoon.

No local cases of COVID-19 were detected in NSW after more than 18,000 people were tested following a scare on the south coast.

NSW Health on Wednesday night issued alerts for several possible COVID-19 exposure sites inland at Gundagai and Goulburn, and more on the coast at Jervis Bay, Huskisson and Vincentia.

The venues were visited last month by a Melbourne family of four who was later diagnosed with COVID-19.

There were fears the virus had infiltrated NSW after the father had symptoms on May 25 after driving back to Melbourne on May 24.

He tested positive on Monday, nearly a week later, as did his wife and children.

Ex-priest in NSW court over abuse of boys.

A former Catholic priest who sexually exploited boys in poor Asian countries spoke of how he could "milk the max out of my poolside weekend".

Peter Andrew Hansen also lamented the possibility the King of Thailand would die "before I get there and everything is shut".

The former Melbourne priest, Labor Party official and lawyer has pleaded guilty in the NSW District Court in Sydney to 31 charges.

The vile acts of a former Catholic priest and local Labor Party figure have been detailed in court as he faces sentence for disturbing child abuse in southeast Asia https://t.co/OOJgMMUrsi

They include producing child pornography in Vietnam and the Philippines, distributing child exploitation material and engaging in sexual activity with nine boys.

The now 63-year-old fluent Vietnamese speaker was arrested at Sydney airport in October 2018 on his way back from Vietnam.

He appeared via audio-visual link from prison on Thursday as Judge James Bennett outlined his offending during his lengthy sentencing remarks .

His sentencing will continue on Friday.

Barty searches for silver lining after retiring from French Open.

Ever the optimist and somehow finding a smile to mask the heartbreak, Ash Barty says she's convinced there'll be a silver lining to her injury-stricken French Open exit.

The world No.1 admitted it had been "brutal" and "tough to accept" that her clay-court season ended in such anti-climax on Court Philippe-Chatrier, having to retire with injury on Thursday at the very scene of her greatest triumph two years ago.

Down 6-1, 2-2 against Poland's Magda Linette, the 2019 champ looked dejected as she decided it was "unsafe" to carry on and possibly exacerbate a debilitating condition that had reduced her to a stilted shadow of her dynamic self.

But even with question marks now hanging over her chances of competing in the English grass-court season, Barty believed something good would come out of her second-round exit.

"I've had my fair share of tears this week. It's all good. Everything happens for a reason. There will be a silver lining in this eventually," she said.

"Once I find out what that is, it'll make me feel a little bit better - but it will be there, I'm sure."

A father accused of abusing daughter acquitted for 'sexsomnia'.

A man accused of indecently assaulting his daughter has been acquitted because he has "sexsomnia" and was asleep and oblivious when the acts occurred.

The man told the NSW District Court he was stunned when police arrested him in November 2019 and he learned what his nine-year-old daughter had accused him of doing.

He didn't doubt she was telling the court the truth but he had no memory of touching her vagina and breasts while sleeping next to her on two occasions in 2019, he said at his April trial.

He was found not guilty after experts gave evidence to say he had a condition called "sexsomnia".

It's a disorder which leads a person to engage in sexual acts while they're sleeping. The term was coined by a Canadian professor in 2003.

The prosecution conceded that the condition meant he did not touch his daughter voluntarily and he had no control over his behaviour.

The girl told her mother, who had recently split from the accused, that something "horrible" had happened to her the day after the second incident.

The daughter said in evidence after he touched her vagina, she said she told him "no" in a strong voice. He moved his hand towards her breast and mumbled, including the word "pussy". He was soon still and silent, then began snoring.

The man's former wife had told him that he had occasionally sexually touched her during his sleep but in the morning he would have no recollection of it.

"I was your prey." Former resort manager apologises for rapes.

A former Daydream Island resort manager linked to a police investigation into young women missing in NSW's Hunter region says he is sorry for raping two other women.

Warren John McCorriston, 60, told the Newcastle District Court he wanted to offer "my most humble apology" to his two rape victims and a 17-year-old girl he stalked between 1979 and 1997.

"I regret my actions," McCorriston told the court on Thursday.

"I'm remorseful. They did not deserve to be treated in such a manner. "

'I was your prey,' cold-case rape victim tells abuser https://t.co/1kfXtuUPgB

McCorriston said he hoped his apology would allow the women in some way to move on.

The offences took place at Gosford and Lake Macquarie.

McCorriston was extradited to NSW in January 2020 after being arrested by detectives from Strike Force Arapaima.

The strike force was set up to investigate the disappearance of four young women who disappeared around the Newcastle/Hunter region between 1978 - 1994. No one has even been charged over their disappearances and suspected murders.

The cold case investigation into what happened to the young women and teens uncovered information relating to McCorriston's rapes and violent attacks on three other women.

In her victim impact statement, tendered in court and obtained by the ABC, one of the victims described her innocence being broken.

"I was too naive to understand that society back then held a dark side and within that community predators lurked."

"I was unfortunate enough to become a victim of one.

"You were that predator and I was your prey.

"You took my freedom away."

He will be sentenced on June 25.

Three men have been arrested over an alleged plot to import three tonnes of cocaine into NSW, police say.

Officers from Strike Force Jillabenan said the men were part of a transnational organised criminal syndicate engaged in a conspiracy to supply cocaine with a potential street value of $900 million.

The three men – aged 37, 42 and 58 –were arrested on Thursday and charged over their alleged roles in the conspiracy.

The NSW Police Force, together with the NSW Crime Commission, have charged three men, who are allegedly part of a transnational organised criminal syndicate involved in a conspiracy to supply three tonnes of cocaine throughout NSW.https://t.co/sTqrnGFYmq pic.twitter.com/EQPZV44Sek

Separately, police have found an estimated $2 million worth of cocaine during a traffic stop outside of Byron Bay.

Police found one bag after they pulled a 24-year-old in a Nissan X-Trail over for speeding on the M1 motorway near Bangalow on Tuesday afternoon.

With the help of sniffer dogs, they found five more packages of the drug in a speaker box and under the car's back seats on Wednesday.

The Pottsville man has been charged with large commercial drug supply and refused bail.

Supersonic passenger jets to complete LA to Sydney trip in 8.5 hours in 2029.

While still in the testing phase, they will begin making the real thing in 2025, with a planned 2029 start date for the beginning of commercial service after a few years of flight testing, design refinement and qualification.

Boom’s goal is to be the first commercial aircraft that runs on net-zero carbon footprint fuel right from day one. It will cut travel times in half, making the trip from New York to London 3.5 hours, and LA to Sydney 8.5 hours.

- UK officials say the Delta coronavirus variant first identified in India has become the most dominant strain in the country. Prime Minister Boris Johnson has warned that it could derail plans for lockdown restrictions to end on June 21.

- America will donate 75 per cent of its unused COVID-19 vaccines to the UN-backed COVAX global vaccine sharing program which will service Latin America, the Caribbean, South and Southeast Asia, Africa, Canada, Mexico, India and South Korea.

- NASA has sent 128 glow-in-the-dark baby squid into space for a stay at the International Space Station, because scientists want to study how gravity effects them - as it could one day benefit human space travel.