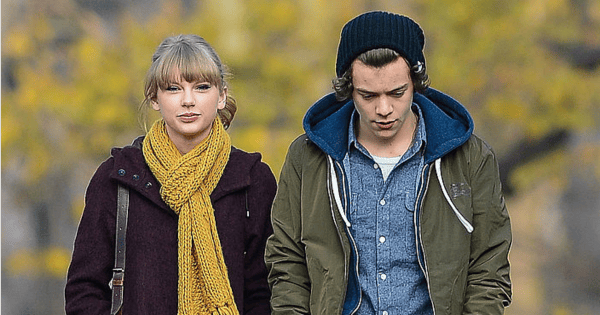 The world has lost it’s ability to believe in true love. How do we know this? Because the rumours that Tom Hiddleston and Taylor Swift are LYING TO US ALL just won’t go away.

We’ve covered the various theories about what is really going on between the famous pair before, but there’s one theory that rules them all: that Taylor is actually filming an epic music video with Tom.

The pair has been photographed everywhere from Italy, to Rhode Island and now Australia, and according to fan theories it appears T-Swizzle is recreating famous moments and poses from relationships past.

Exhibit A: Romance on a rocky beach

Kate De Brito had an entirely different, but incredible theory about HiddleSwift this week on Mamamia Out Loud:


Where were you when you first saw the pictures of Taylor Swift and Tom Hiddleston canoodling on the beach?

This isn’t the first time TayTay has debuted a new man while walking on sandy shores. Remember when she dated Conor Kennedy? She was also photographed on a rocky beach with him, back in 2012. She was also photographed taking a long walk on the beach with his family…just like she was with Tom Hiddleston’s relatives. *Cue dramatic Law & Order sound*

She’s sung about how her relationships “never go out of style”, so it’s no surprise that Taylor seems to switch up her fashion with every new guy she dates. (If you ask us, the beginnings of a new relationship is the perfect time to try a new look, but haters gonna hate.)

Last night was SO much fun! Shout out to my fellow co-chairs Idris Elba Jony Ive, Nicolas Ghesquière, and Miuccia Prada who I had the best time with. And a huge thank you to Anna Wintour for throwing a party for the ages! @voguemagazine @gettyentertainment @iamjmccarthy

Swift bleached her hair platinum blonde and swapped her signature red lippy for darker shades when she was dating DJ Calvin Harris. Now she’s with Tom? She’s back to her natural colour, and is back to wearing pretty printed dresses, and headbands.

Everything you need to know about Taylor Swift vs. Calvin Harris. Post continues after video…

Exhibit C: The outfit repeats While she was busy eating gelato and sightseeing with Tom in Italy, Taylor wore a yellow sundress. Cool story, right? BUT, she wore the exact same outfit when she was dating Conor in 2012. She also wore the EXACT SAME DRESS when kissing Hiddleston on the beach as she did when she stepped out with One Direction star Harry Styles. She’s also been rocking a ‘English countryside chic’ look, which she last tried out when dating Styles.

Tom Hiddleston must really be a great actor if he can stand in for MULTIPLE EX-BOYFRIENDS at the same time.

Nothing sends the Internet into a meltdown quite like a celebrity making things "Instagram official". Taylor first confirmed her relationship with Calvin Harris with this sweet snap of her riding piggy-back during her Fourth of July bash last year.

And this year? Tay had swapped out Calvin for Tom, and some of her ocean flirting looked eerily similar to her photo with the DJ:

They seem in love! Tom Hiddleston & Taylor Swift take a trip to the beach ???? pic.twitter.com/JRbdbauYU2

So what does this all mean?

Clearly, love is dead, everything we know is a lie, and Swift is going to drop a KICK-ASS music video reflecting on the loves of her past ANY DAY NOW.

Or, maybe she just liked the clothes she has in her wardrobe and everyone has way too much time on their hands. Either way, our Hiddleswift obsession will never end. #SorryNotSorry.