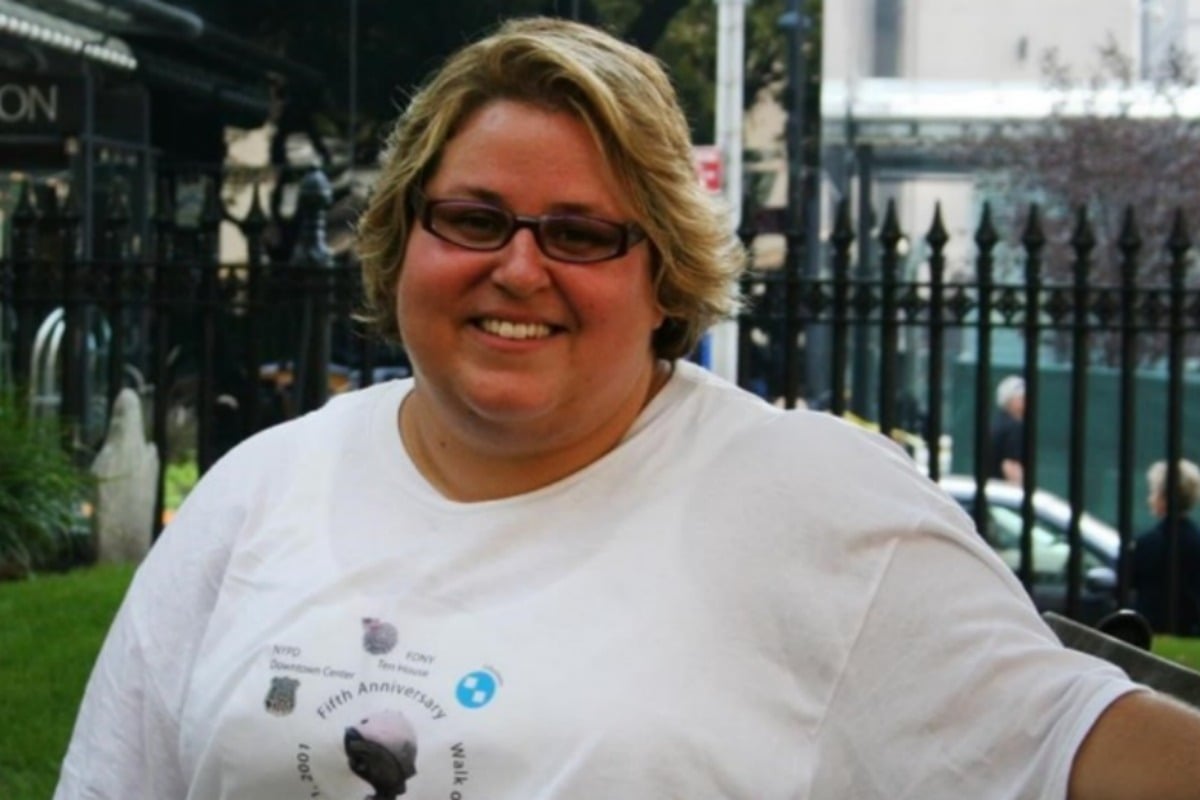 Belle Gibson’s name is synonymous with lying, manipulation and deception.

Her now infamous scandal saw Gibson lie about her cancer diagnosis in order to market herself as a wellness guru who was healing the disease through diet, exercise and alternative therapies, while forgoing medical based treatments. It also elicited unwarranted sympathy and support from thousands including her own friends and family.

But before Gibson had begun her fraudulent and dangerous web of lies, there was another woman who chose to publicly lie to an entire nation. Her name is Alicia Esteve Head (known at the time as Tania).

Belle Gibson was given media training in which she allegedly practiced her cancer claims. Post continues after video.

In Head’s case it wasn’t an illness that she pretended to have. Instead, she stated that she was a survivor of the most infamous terror attack in modern history – the attack by al-Qaeda against the United States on Tuesday, September 11, 2001.

Head, who was 27 at the time, stated she was one of the few survivors that escaped from the South Tower of the World Trade Center. She said she had been on the level above where the plane had hit on the 78th floor.

Her story was elaborate and detailed, and no one doubted she was telling the truth.

Head told “stories of surviving on the 78th floor… encountering a dying man who gave her an inscribed wedding ring that she eventually returned to his wife, escaping with the help of 24-year-old Welles Crowther, who is credited with saving the lives of several people and perished when the tower fell and the horrible tale of losing her fiancé Dave in the North Tower”.

“I saw so much suffering on that floor to the degree where it’s just something that I don’t want to share with anyone,” Head said during an on-camera interview with Investigation Discovery. “I’ve just kind of been keeping it to myself. It’s a secret that you carry with you and it becomes a burden because you can’t really share it with other people out there.”

She joined the World Trade Center Survivors’ Network and eventually became its President. Within the unpaid role, she lobbied on behalf of the group and achieved some success, helping grant access for survivors to visit the Ground Zero site.

But just like Gibson, Head’s lies slowly started to unravel. When the New York Times investigated Head for a commemorative piece on the attacks, they discovered discrepancies in her accounts, facts changing over time and eventually discovered that she had actually not even been in the US at all at the time of the September 11 attacks.

Head was exposed as a Spanish woman, who was in fact in her native Spain taking college classes at the time of the attack. She had never even been to the US until 2003 when she visited New York with her mother. While she had been known as Tania in the US, her real name was found to be Alicia.

She was removed from the Survivors’ Network who wanted nothing more to do with her.

What both Gibson and Head did is not new. It even has its own psychological term, ‘pseudologia fantastica’.

Pseudologia fantastica is defined as a syndrome where people "represent certain fantasies as real occurrences," and is understood to be a "rare but dramatic clinical psychiatric presentation," according to a recent study led by Dr. Robyn Thom.

According to the study, a number of reviews have defined the key characteristics as:

Other research shows that for people with pseudologia fantastica, their lies are aimed at attracting attention and inflating their importance. Sometimes, professionals find it difficult to establish whether the person is in fact delusional, because they are so entangled in their web of lies.

Perhaps for both Gibson and Head, the motivation, or at least the reinforcement, for their lies was fame. By telling fabricated stories, they gained sympathy, love and support.

When the truth was uncovered, however, it was the sympathy they had garnered that left the public feeling so enraged, upset and manipulated.

Even years after the truth was exposed about Alicia Esteve Head, her fictitious stories about her involvement in September 11 evoke a strong sense of anger, and a sense of betrayal the true survivors of 9/11 are unlikely to forget.