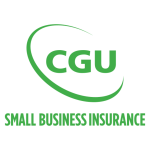 Thanks to our brand partner, CGU Insurance

Many of us have felt we’ve been the target of ‘Tall Poppy Syndrome’ at some point in our lives.

Tall Poppy Syndrome is the negative reaction we get from others when we achieve something we’re proud of. It may occur when we announce a job promotion, or share a photo of a (well-earned) holiday on social media.

You may have experienced it when you’ve spoken about your child’s award, or when you post about the 100th delivery in your new business.

Whatever the situation, this remains the same: you’re happy that you’ve achieved something, and other people tell you you’re showing off. They feel your success isn’t as amazing as you think it is. They’re not happy for you – they’re envious – and they need to let you know.

This is Tall Poppy Syndrome; and new research has found it’s keeping many Australians – especially women – from pursuing their dreams.

CGU Insurance conducted a study of 2000 Australians, including 1000 small business owners, into why Aussies don’t follow the paths they want to in life. Their resulting white paper, the CGU Ambition Index, found that the word “ambition” – the pursuit of individual success – has become almost a dirty word in Australia, thanks to Tall Poppy Syndrome.

Here are some of the key findings which may surprise you:

• More than half of all Australians (53 percent) have seriously thought about starting a business or ‘side hustle’, but are yet to realise their ambition.

• Seven in 10 Australians, and 78 percent of women, believe women face more barriers than men in chasing their dreams.

• 48 percent of women say they worry too much about fear of failure to chase their dreams – compared to just over a third of men.

Here at Mamamia we’re passionate about inspiring women to pursue their ambitions – that’s why we started the Lady Startup movement to support women who run or would like to run their own businesses.

We’ve found that one of the best ways to find inspiration is by hearing others’ stories of ambition. CGU spoke to four inspirational Australians who are at the top of their game about how Tall Poppy Syndrome fuelled their ambition, instead of discouraging them – so your ambition can be fuelled, too.

Many of us know Moana Hope as a highly successful professional football player in the AFLW, but it’s not well-known that Hope faced more adversities in her childhood than a kid should. She was just 10 years old when she had to leave school to care for her terminally ill father, and her family struggled to make ends meet.

Fast forward two decades, and Moana is not only living her dream in the AFLW, she’s also owner of her own business, Utilities Traffic Management. Hope also cares for Lavinia, her sister who is living with a disability.

So, does she do it all? How has she achieved her dreams, whilst facing challenges that may have stopped others?

Describing how stretched resources were in her home with 14 siblings, Hope says she used their situation to drive her to want more, and better for them all. And her parents had a lot to do with her attitude.

After achieving her dream of starting her own business, Hope wanted to play football - but initially faced a great deal of resistance to women's involvement in the sport. Now, she notes that it's not easy to balance work, family, and professional sporting commitments - and hopes there will be a time when women's sport is recognised enough that it will attract similar salaries to those in the AFL.

"In 10 years' time, I don't want girls to have to juggle the commitment of working full time and being an elite athlete."

It's a concept that Hope is ambitious for - and her ambition is to be part of that change. It's something she wants everyone to do.

"I've met a lot of people who could step forward in their ambition," she says.

"And I encourage that. Whether they're kids or adults, whether they want to play sport or start a company, it's important to have no regrets."

"My grandmother taught my dad and his siblings that they have a responsibility to work hard and make things better for Aboriginal people," says Harvey, founder of marketing company Kalinya Communications.

In line with that ethos, Kalinya promotes Aboriginal knowledge and entrepreneurship, and was started by Harvey "to share positive stories of resilience and ambition".

Harvey explains that her family encouraged her to be anything she wanted, but also prepared her for resistance.

"I was raised to know I would come up against systems and people who wouldn’t believe an Aboriginal woman has what it takes to follow her dreams, and I had to be prepared for that."

But it's not only Harvey's faith in her from her family which has helped her succeed, but also the many mentors she says she's been fortunate enough to have.

"They have shown me that I have the talent to manoeuvre around these barriers, but that my focus has to remain sharp and my work ethic strong."

"Ambition is about that perseverance to never give up," says Hayman, co-founder of online holiday rental startup, Kindled.

"When most people think they've failed, someone who is ambitious only sees learnings and uses the knowledge to continue onwards."

Being the child of two migrant business owners, Hayman knew from a young age that success only happens through hard work and and sacrifice.

"My parents had the first Thai restaurant in Canberra," he reveals proudly.

"My old man told me to never be afraid to fail, because failures are opportunities to learn."

Hayman adds it's vital to never give up.

"Keep pushing for what you want. There is always a way to achieve your dreams," he says.

"Some people will make you constantly doubt yourself, so find those special people who help keep you positive and moving forward."

On its website, Monsta describes itself as "a global tribe. With customers and advocates spanning across 45+ countries - connected by our passion to live without limits, dream without fear and live passionately in every moment."

It's a sentiment Greenwood echoes now.

"I think a lot of Australians are afraid to take a risk...caring too much about what people think."

Greenwood says he's learnt not to live for the approval of others, and strongly feels it's the only way to live freely.

"I think ambition is a beautiful thing. Being filled with an ambitious attitude positively changes the way you think, act and live."

Greenwood reveals he's always been ambitious, even as a child daring to discuss his dreams - which is where he had his first encounter with Tall Poppy Syndrome. But after a trip to Kenya, Greenwood was inspired to begin the process of creating what he believed in - and not retreating into his comfort zone.

This is why he feels passionately that the community needs to support each other's ambitions more.

"I would love to see a shift towards a more inclusive, encouraging Australia. Everyone needs encouragement."

If you're still not sure of your path, find out how strong your ambition is using CGU's Ambition quiz.

CGU Insurance has been backing ambitious Aussies for over 165 years. Visit CGU.com.au to find out how we can back you.