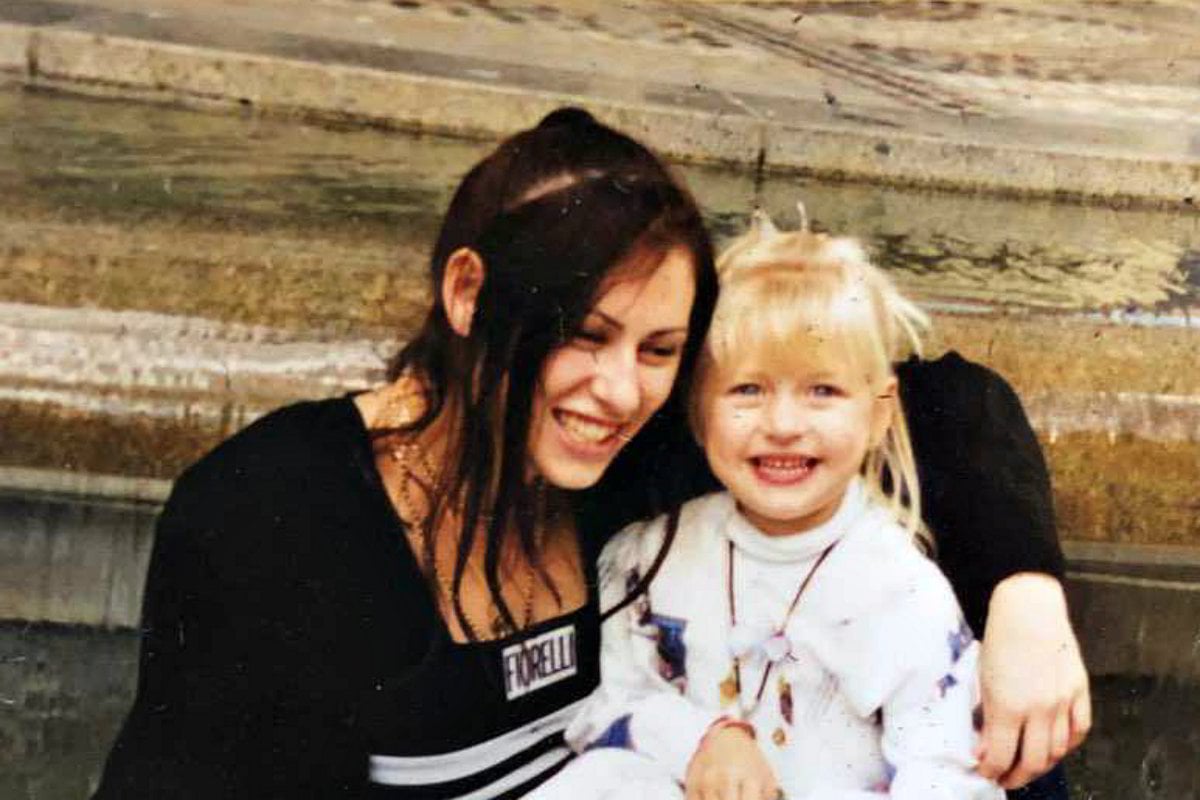 ﻿WARNING: Aboriginal and Torres Strait Islander readers are advised that the following article contains the name and description of a person who has died.

The following deals with suicide, which may be triggering for some readers. If you're struggling, support is available 24 hours a day through Lifeline. Call 13 11 14.

Chelsea Fisher's fondest memories of her mother, Suzzanne Davis, are also some of her earliest. She was around three years old. Her mum would take her for long walks, and together they'd pick mulberries from a towering tree.

"She was so caring," the Perth woman told Mamamia. "Really kind, and soft-natured. She was just one of the nicest people, especially considering what she'd been through."

On August 13, Suzzanne took her own life in Perth's Melaleuca Women's Prison, just 12 days after her 47th birthday.

Suzzanne, a Torres Strait Islander woman, endured more struggle than most in her 47 years.

The picture Chelsea, 25, paints of her mother's upbringing is one heavy with addiction, abuse and trauma. ﻿

She was introduced to drugs at 13, and it's that which Chelsea identifies as the root cause of her offending. Suzzanne spent much of her adult life in and out of prison, an existence that saw Chelsea placed in foster care at the age of four.

When she was young, she'd visit Suzzanne weekly.

"There was a caravan, so I'd go for day visits. We'd play Playstation, and she'd tutor me," Chelsea said. "I suffered really badly from ADHD; I was always in therapy, I couldn't concentrate, and I never studied. But she used to try to get me to... She was so smart. She was good at everything." 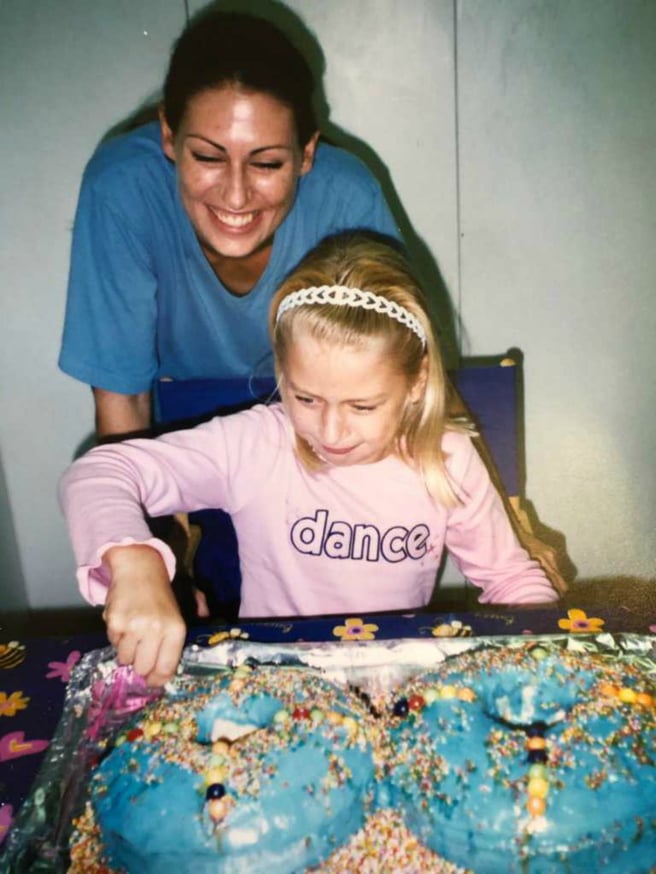 Chelsea visiting her mum on her 8th birthday. Image: Supplied. The last time Chelsea saw her mother in person was in 2014.

Their relationship had been fractured at various points by circumstance, addiction, mental ill health and controlling men who'd come into each of their lives.

"I took out my pain on her, for what she did and what she put me through. It was only until the last two months where I really started to put myself in her shoes. I found out more about her life; I didn't realise how hard she had it," Chelsea said. "I wish I'd been nicer."

Their relationship more recently was a close one. Suzzanne would call her from prison every second day.

Chelsea hoped that even though Suzzanne hadn't been present as a mother, she could perhaps be there as a grandmother for Chelsea's own young children, now aged four and five. ﻿﻿

But Suzzanne had long struggled with mental illness, and in their final conversations, Chelsea could tell something "just wasn't right".

"It just hurts a lot, because [I thought] we had time," she said. "I guess that time was just too far away for her."

Last week, a memorial was held at Melaleuca for Suzzanne.

Chelsea joined 80 women in remembering her mum. Many of the woman, themselves in long tangles with the prison system, had known Suzzanne for decades and had watched Chelsea grow with each visit.

"It was amazing. It was like it was just beautiful.... We all ended up hugging," she said. "It was just magical to see how many people truly loved her because of her good soul. It was nice to forget what anyone's done to be there and just become like a community.

"From the outside world, anyone would look at those people like they're 'bad'. But all I saw was love."

Together they raised $500 to help Chelsea pay for Suzzanne's funeral.

She's facing a bill of $8,500, which she can't manage on her own. She recently had to leave her job due to mental health struggles, and she has a child with additional needs. 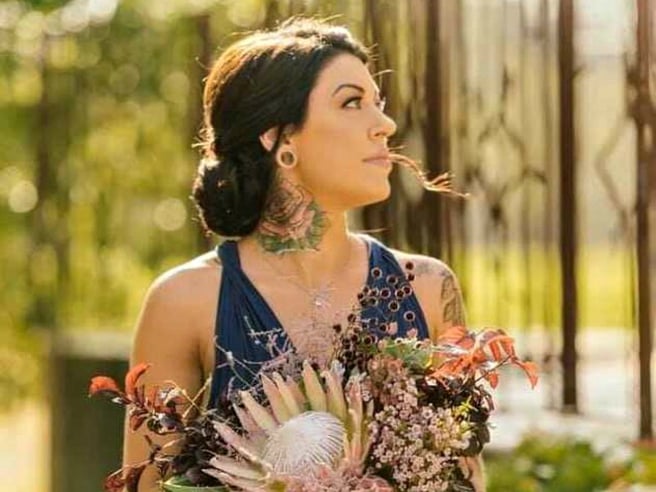 Asking for help doesn't come naturally. It's a product, she said, of her childhood in foster care. From a young age, she had to learn to rely on herself.

But she's asking now; for the sake of her mum.

"I have a foster brother who [took his own life] in 2016," she said. "And I literally had [his ashes] in my jewellery box, because we had no money. And I want more than that for my mum. She deserves more."

Chelsea has started a GoFundMe appeal to help her meet the bill. It's so far attracted more than $5,000 in donations, mostly from her friends.

"I just feel so grateful that I have friends like that because I didn't think that I had anyone that really cared about me. That comes with being alone and having no family, I guess," she said. "I just can't believe it, really. People being so nice. It's just lovely."

It's a glimpse of comfort among all the grief.

Just like she did in foster care all those years ago, Chelsea once again finds herself crying for her mum.

"I always just wanted to have her there one day, properly," she said. "But because I don't have her now, the least I could do is try to arrange her ashes so that she can be with me."

If you would like to help Chelsea say a proper goodbye to her mum, you can donate here.

If you are experiencing thoughts of self harm, or you're struggling and just need to speak to someone, please call: