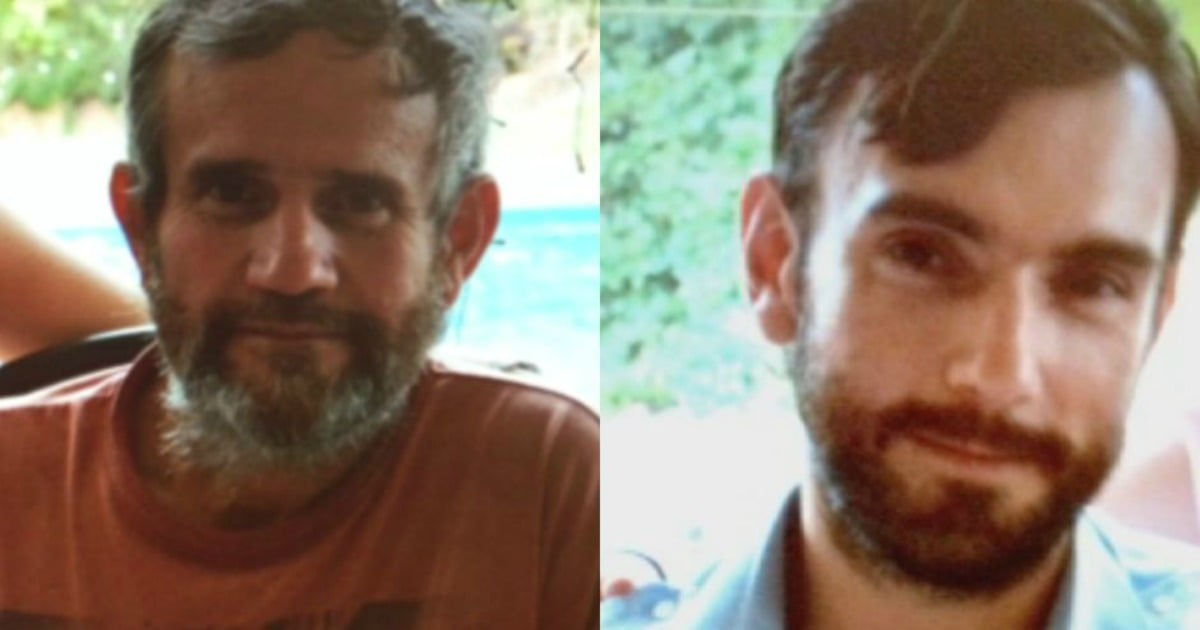 Australia’s former most wanted fugitives, father and son Gino and Mark Stocco, have each been sentenced to 40 years’ jail for the murder of Rosario Cimone, and a shootout with police during a two-week manhunt.

The pair was charged with more than 30 offences including the murder of Mr Cimone, 68, who was killed on a property near Dunedoo in central-western New South Wales in 2015.

When Mr Cimone was killed, the pair had been on the run for 8 years, and the court heard the victim’s body was left under bushes.

The pair later shot at officers near Wagga Wagga in October 2015, sparking a two-week manhunt.

They pleaded guilty to the murder, as well as two counts of shooting to avoid apprehension and one charge of arson.

“The killing was cold blooded and without rational justification,” Justice David Davies said in his sentencing remarks.

“The way the victim’s body was subsequently treated by the offenders in a callous manner, concerned with only covering up their crime, and to a small extent robbing the victim of part of his attire should be seen as an aggravating factor of the murder.”

Senior constable Matt Shaw from Wagga Wagga Highway Patrol was involved on the day the pair shot at police during a stand-off.

“It continues to affect me today … it’s daily,” he said outside today’s sentencing hearing.

“I hope now to move on and continue in the job that I love doing.

“It was difficult to come here today but I wanted to hear the judge pass his judgment on the two people today.”

Pair got what they deserved, police say

"They were today held accountable for their actions in the cold-blooded murder of Rosario Cimone," he said.

"These individuals chose a path of crime.

"From our point of view it's an exceptional sentence handed down today, and from the family's point they are able now to rebuild their lives and move on from this terrible action."

Mr Cimone's three adult children told the Supreme Court they were plagued with questions about the death of their father, whose body was badly decomposed and had been attacked by wild animals by the time it was discovered.

His daughter Maria Perre read a statement on behalf of her siblings.

"They've shown no remorse, as if their actions mean nothing to them," she said.

"We hope that the horror of what they've done and the pain they've inflicted will stay with them. The irony is, they still have each other."

She described their father as a "gentle giant who'd do anything for anyone".