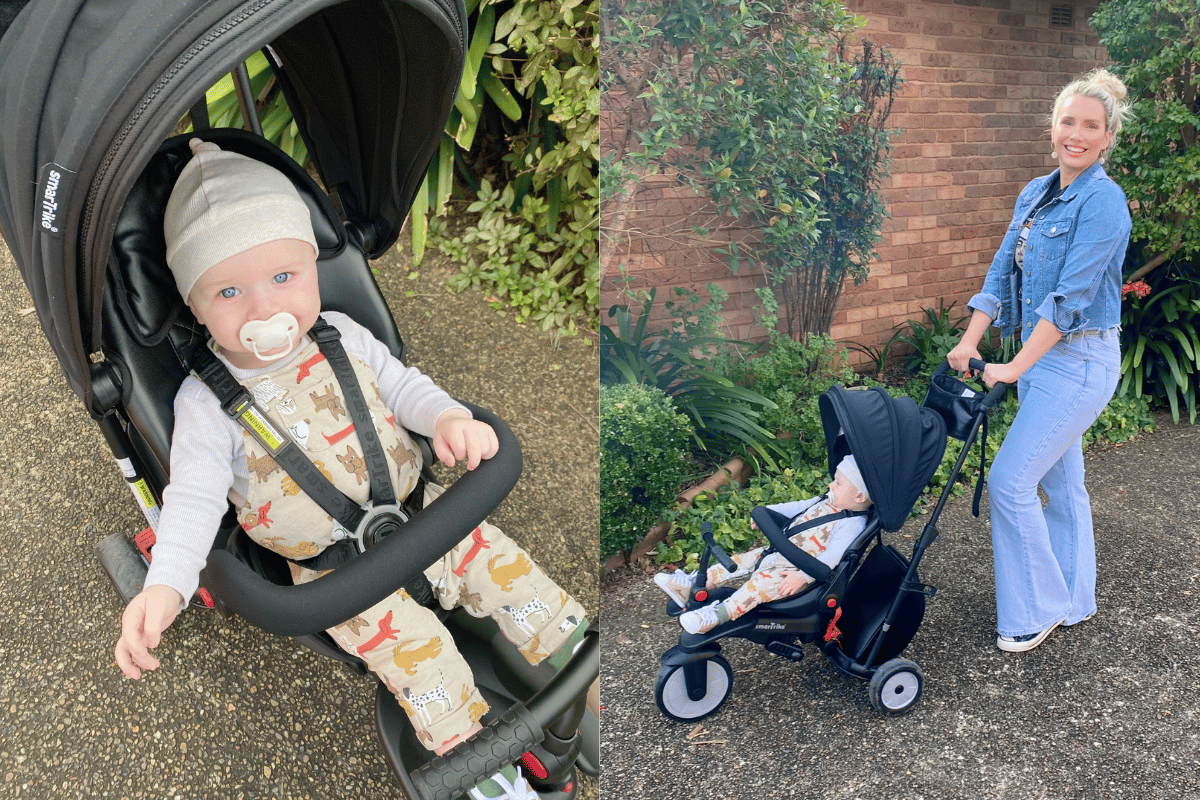 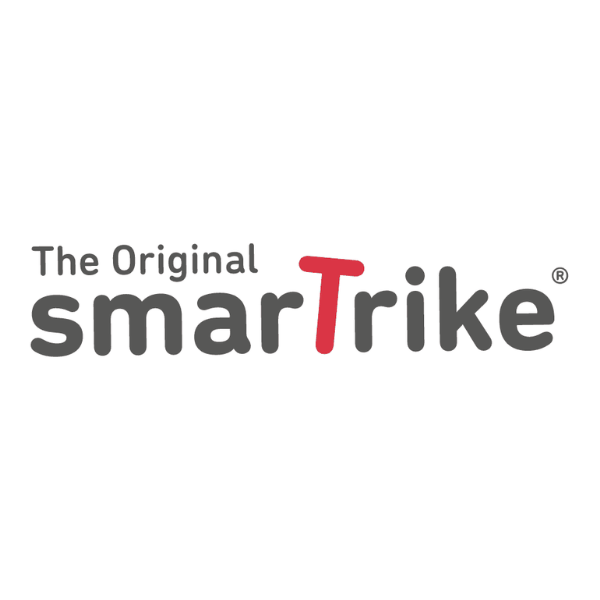 Thanks to our brand partner, Smartrike

I could write a book about the stupid things I LOUDLY proclaimed before I had a baby.

One of which was: ‘babies don’t need that much stuff’. When they’re fresh from the womb, this is true, but now with Lenny at the ripe old age of 6 months, it’s definitely in the top ten list of WILDLY inaccurate things I’ve said.

Now, I obviously can’t speak for all babies, but my cranky baby needs CONSTANT attention and entertainment. And most of his toys will keep him busy for a solid 5-10 minutes until he starts squawking at me for his new activity.

But I also hate the idea of getting him things that he will only use for a short time because that's so wasteful! So, that's one of the reasons the SmarTrike stroller trike first appealed to me, because it’s designed to grow with your child and can be used from 6-36 months.

It’s a safety certified stroller-trike which was something I needed when looking into getting him a ‘trikey’ given how much I like getting him OUT OF THE HOUSE, because we can take it further and use it while running errands or doing the shopping.

We got our hands on the STR7 Folding Tricycle like we’d seen on Instagram, and it was SUPER easy to set up. I love anything that doesn’t require tools to set up (even though I’m quite good at a flat pack challenge), especially when you have a grizzle monster that needs things done quickly.

Although Lenny looks perpetually unimpressed, he LOVED his stroller trike from the first moment I strapped his little bottom into it. And I know he loves things when he, well… doesn’t yell at me. For a 6-month-old, he’s a vocal little guy! 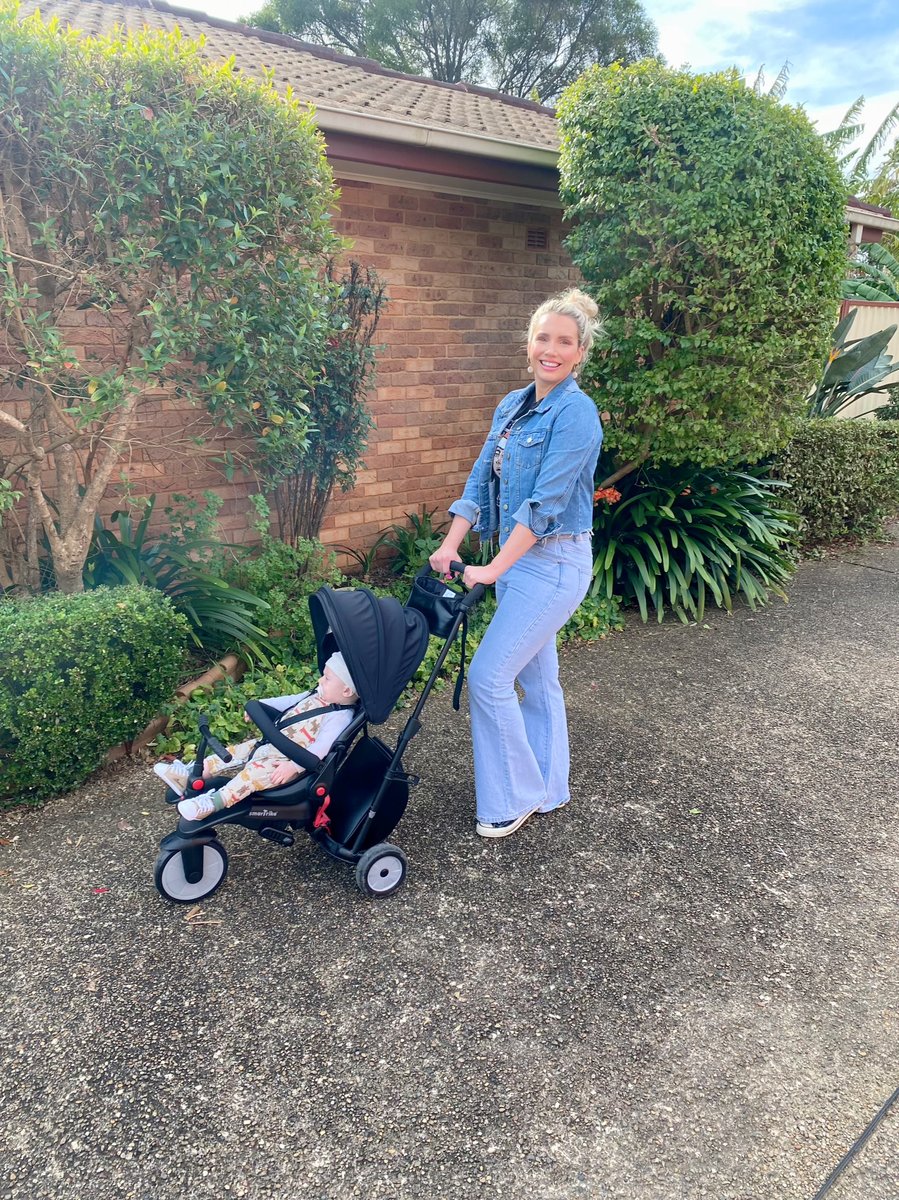 "It's designed to grow with the child and can be used from 6-36 months." Image: Supplied.

At first, I plonked him in it and just took him for mini joy rides up and down the driveway, so he could get used to it, given it’s a vastly different experience than he’s had before. And he happily sat back with his teeny little hands clasped on the handlebars that he absolutely had no control over (yet anyway, it can go from me pushing him to him independently riding). But cute that he thought he did.

After I was comfortable he liked it and wouldn’t absolutely crack it on a walk (his cranky yell is honestly the loudest noise I’ve ever heard… and I’m a loud person), we ventured out into The Big Wide World on it, as one of his activities during an awake window. And all parents of fussy babies will understand how important it is to come up with activities for the awake windows.

Off we ‘rode’, one of my fave things about the stroller trike being how dang easy it is to push one-handed, while I sip my you-don't-want-to-know-number coffee of the day. AND, bonus points for the storage at the top of the handles I steer, where I put my beverage, phone and keys. Genius. 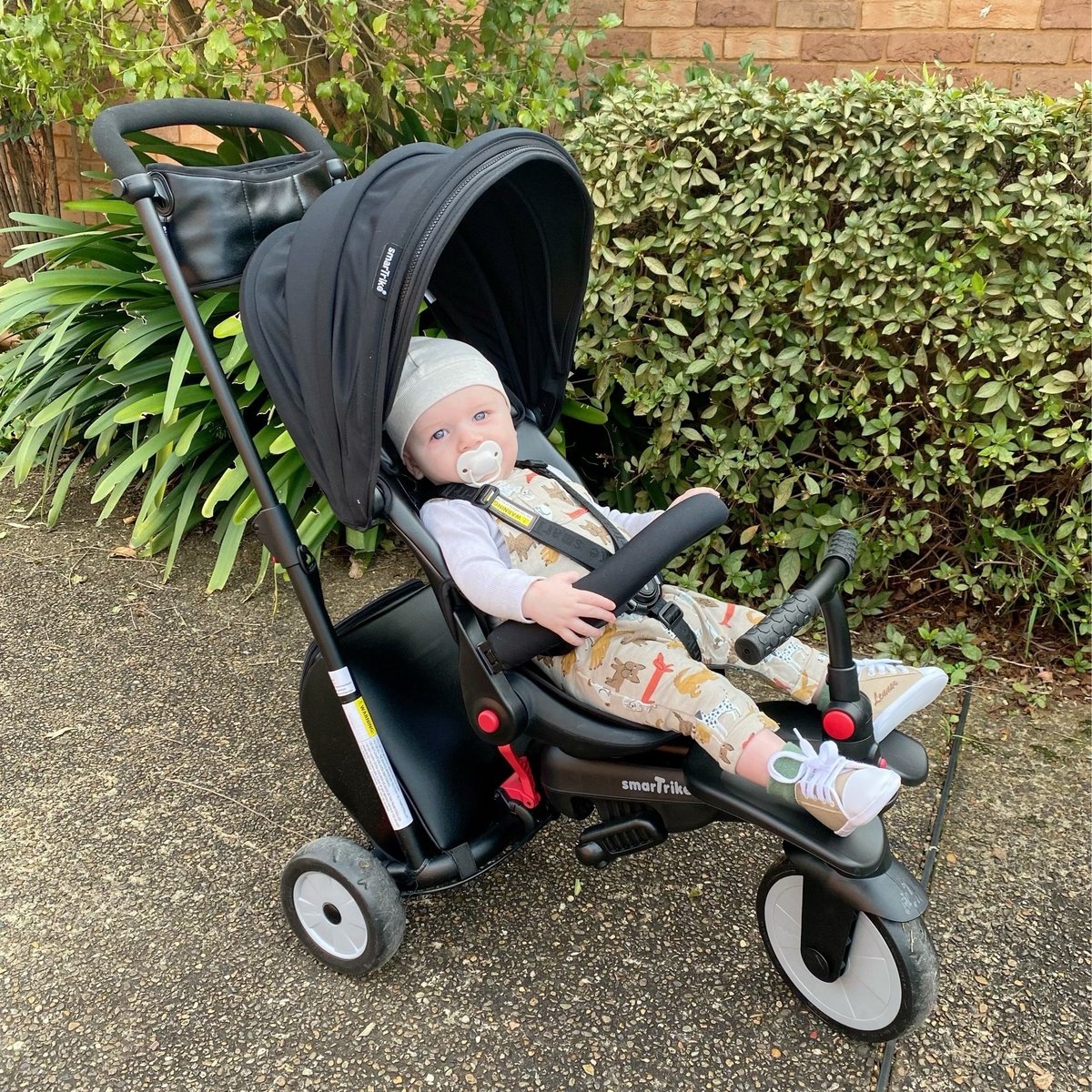 "Bonus points for the storage at the top of the handles I steer, where I put my beverage, phone and keys." Image: Supplied.

There’s also a pouch down the bottom you can put other things in, and I also sometimes attach a clip onto the handle so that I can carry a few groceries home! It also has shock absorbers to provide a smooth ride and protect him from his mother’s sometimes questionable steering over a bumpy surface.

As he gets older (or when his toddler cousin comes over for a spin in the SmarTrike), it goes from the stroller to the trike function in seconds, so will actually be Lenny’s first little set of wheels too! And it’s also easy to give the rider control when they’re ready, with a simple click of a button. 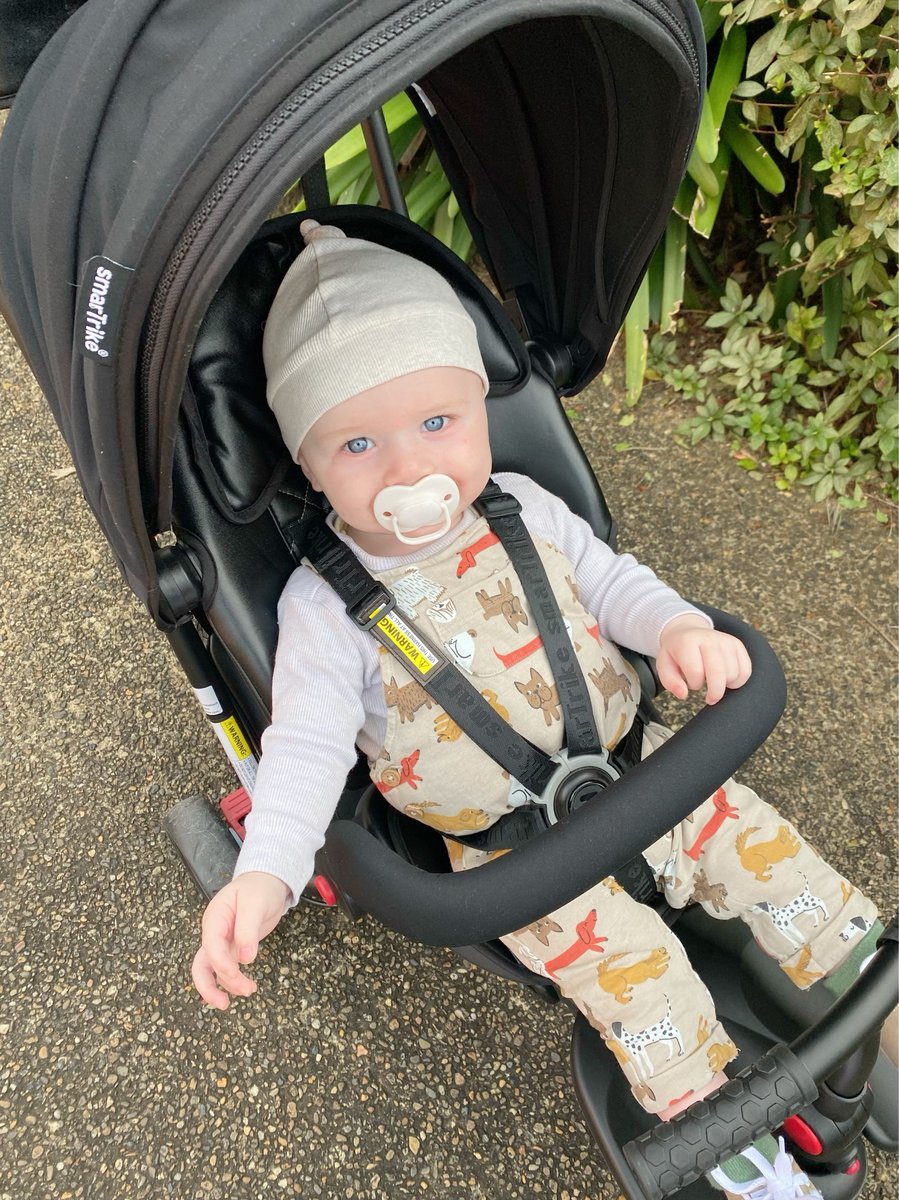 "This will actually be Lenny’s first little set of wheels too!" Image: Supplied.

Like I said, I personally find it really hard to come up with fresh activities for Lenny. As much as I’d love to be, I’m also not a Pinterest mum who has new daily sensory play set-ups and milestone challenges. So, the stroller trike is exactly the sort of fun activity that works for both of us, and it’s something that Luke (Lenny’s dad) also happily will take him out on it (he hates some of Lenny’s other activities like reading 🙄), and it keeps him entertained if we’re out somewhere, because we can just push him around on it and he can look at everything without shouting that he’s bored.

So we’re BIG FANS of the SmarTrike in this house. Such a great investment, because it lasts so long growing with your child in their first few years of life, or a great gift idea.

Check out the SmarTrike STR range to find a stroller trike kids will want to hop in.

Find your perfect SmarTrike from a variety of different price points, including the STR3, STR5 and the STR7. Shop now from Baby Bunting, Toymate, Mr Toys Toyworld, Toys R Us & Catch.

The first smarTrike launched over a decade ago and was no less than a revolution: An all-in-one trike that grows with parent and child. We are proud to create best-in-class products that support children on their journey to pedaling independence. Every smarTrike has our world patented Touch Steering technology, making our trikes easy to maneuver and offering a smooth ride. Today, we continue to create innovative trikes, scooters, bikes and indoor trampolines that deliver a superior user experience and practical design made for growing families. Our focus on intuitive design, comfort, and safety make our award-winning products the premier, "grow-with-me" choice.