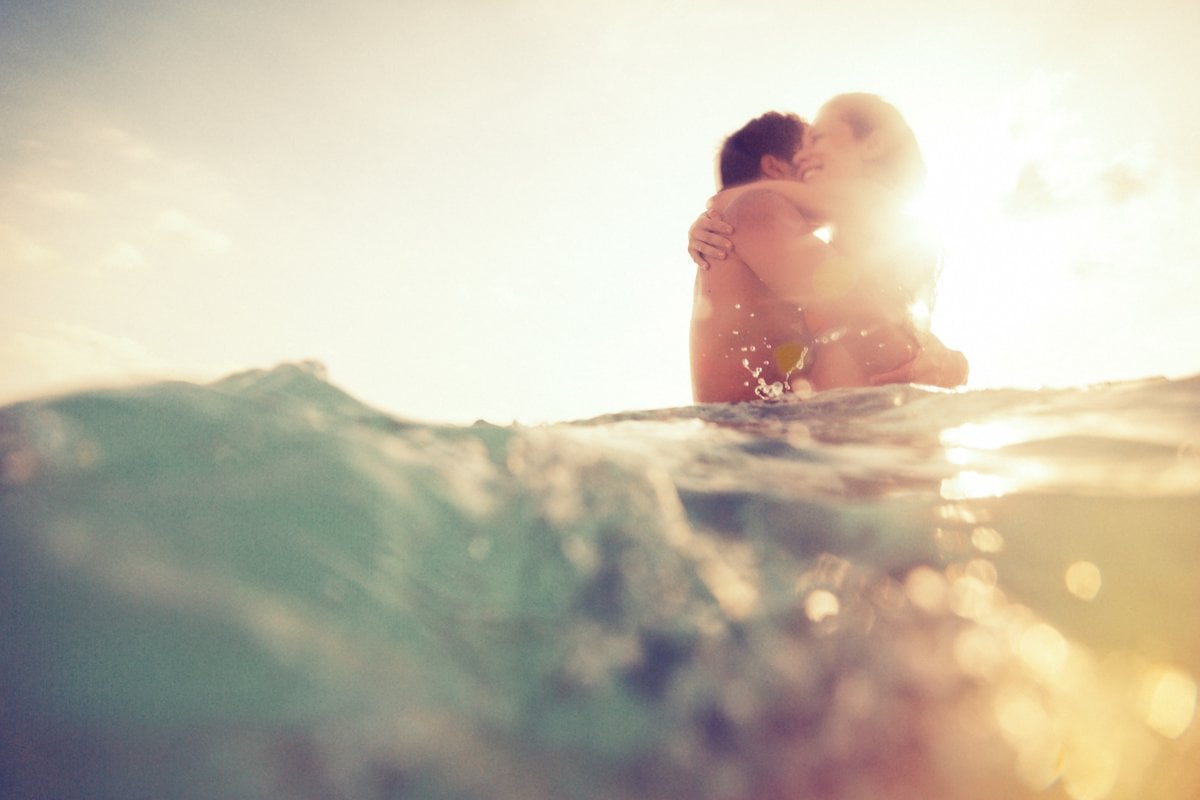 “You really should put some sunscreen on.”

A deep voice. A strong German accent. An opening line.

Suddenly the man was right next to me at the poolside bar.

Shirtless, shoeless, and wearing only pink board shorts and a white Fedora.

His bare back stood taunt in the afternoon sun while light bounced off rippling muscles. Shaggy blonde hair peeked out from underneath his hat.

With a strong jawline and splattering of stubble, his suggestive side eye left me blushing into my cocktail.

Charging the drink to my hotel room, I tiptoed across the rooftop, feeling his eyes follow me in my tiny purple bikini.

Laying back on a deckchair, I sipped eagerly at the mojito, savouring the rum and anticipation.

A moment later, the man from the bar was in front of me, shielding his eyes from the glare.

“How’s that cocktail going down?”

Taking a seat on the sun lounger next to me, he had my full attention and time slipped away as we chatted.

By happy hour, Alexander was ordering me that night’s special. Something tropical with more than one type of alcohol.

Holding our glasses up to the Maltese horizon, we took a dip in the infinity pool, watching the sun sink into the Mediterranean.

Then he invited me out for dinner.

Tuna, octopus, calamari, and mussels. An overload of unnecessary aphrodisiacs.

After eating, we went for a walk along the coast, but still, surrounded by people, neither of us made a move.

Until, at 2am, I suggested we go for a swim.

To the giant inflatable obstacle course about 200 metres offshore.

With no convincing needed, we both stripped down to our underwear, leaving him in tight white briefs and me in black lace lingerie.

We hit the water hard, pushing out quickly to the circuit; every second was one second closer to being together.

By the time we reached the course, I was breathless and crazy with desire.

Pulling myself up onto the closest inflatable, I began to leap from one to the other, showing off and letting him glimpse my almost naked body.

We met up at the swing. A rope dangling over a wide expanse of water. The challenge was to hold on to it and catapult yourself to the other side.

Alexander made it on his first go. My short legs failed miserably and left me hanging in the sea.

But with one sweep of his strong, bulky arm, he hooked my waist and pulled me across.

The force of it though sent my body flying across the gap, slamming into his so hard I knocked him backwards.

I landed on top of him, my chest against his chest, my legs straddling his lap.

Laughing, I slowly pushed myself up, before he suddenly leaned forward and kissed me.

Deep, passionate, and with plenty of tongue.

While his mouth explored mine, our wet bare bodies wrestled against each other, until I was grinding against him, back and forth.

He hands held me tightly, as I rubbed my clit across the tip of his penis through the barrier of our underwear, the pressure of the material only adding to the pleasure.

I could feel him hard and pulsating beneath me, our laboured breath in my ears, but I couldn’t slow down.

And neither could he.

Until suddenly, with a deep groan of longing, he let go, releasing himself between us on an inflatable obstacle course in the sea.

Panting, I rolled onto my back, desperately aching for more.

I clenched with excitement.

After a second to recover, Alexander turned to me with that wide, knowing smile.

Dropping a hand down my body, he slipped his fingers around my soaking g-string, until he was teasing, stroking and caressing my most intimate places.

Feeling us bob along with the gentle waves, I finally gave into the night and exploded underneath a sky filled with stars.