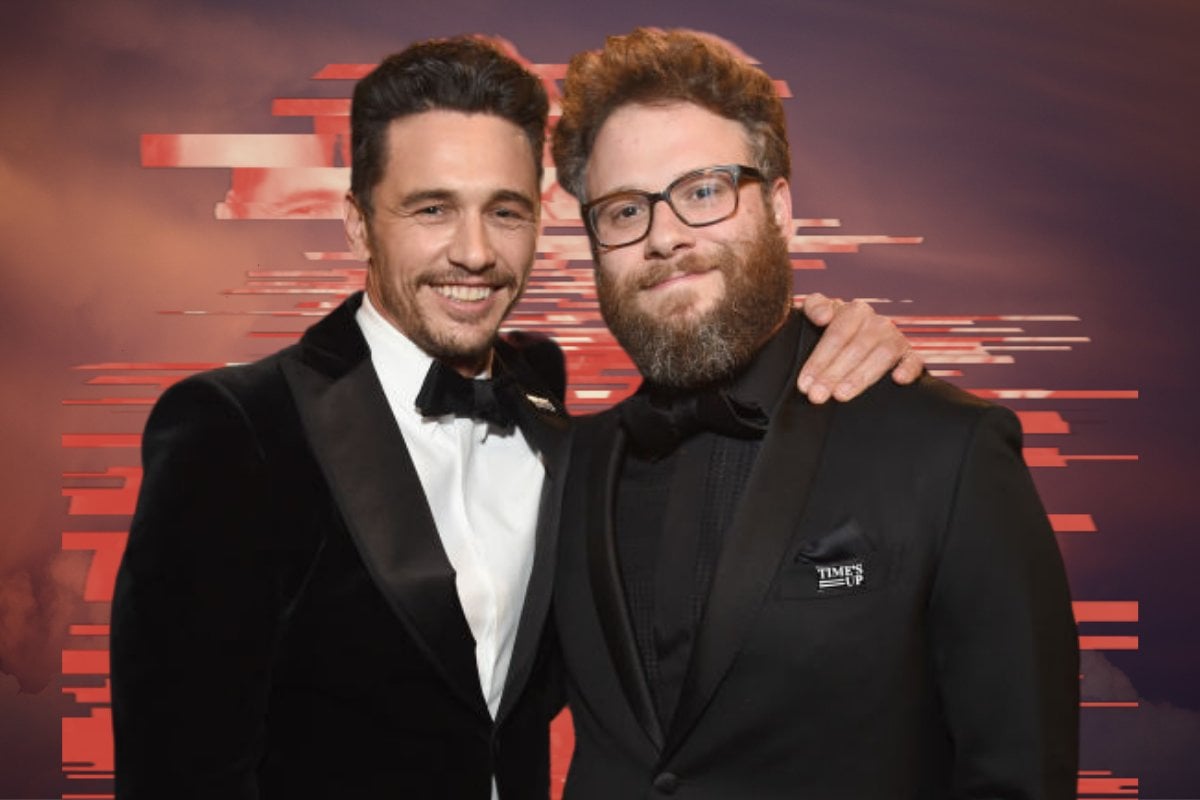 For decades, Hollywood 'frat packs' have come and gone.

The most recent, colloquially known as Team Apatow because of their frequent collaborations with Judd Apatow, ruled comedy in Hollywood throughout the 2010s.

You know their movies: Knocked Up, Pineapple Express, Superbad are just a few.

For years, the actors worked and played together. Their identity was based on toilet humours, self-deprecation, weed and 'bro culture'.

At the time, it was mostly endearing - after all, there's nothing we like better than famous people who don't take themselves too seriously - but as time has gone on, that same 'bro culture' has found itself under fresh scrutiny.

Many women with experience working with members of this friendship circle have come forward with stories of toxicity and feeling unsafe on set.

Some have spoken of feeling like to speak up would be pointless, or damaging to their own careers.

There was a persistent rumour that Emma Watson "stormed off" the set of This Is the End. The 2013 film, which starred Rogen, Cera and Hill, followed a group of Los Angeles celebrities after they became trapped in Franco's house amid the apocalypse.

During production on the film, a user on blogging platform Tumblr alleged Watson walked off the set of the film, following an uncomfortable encounter with actor Channing Tatum, while filming a scene in which he appeared in only underwear. 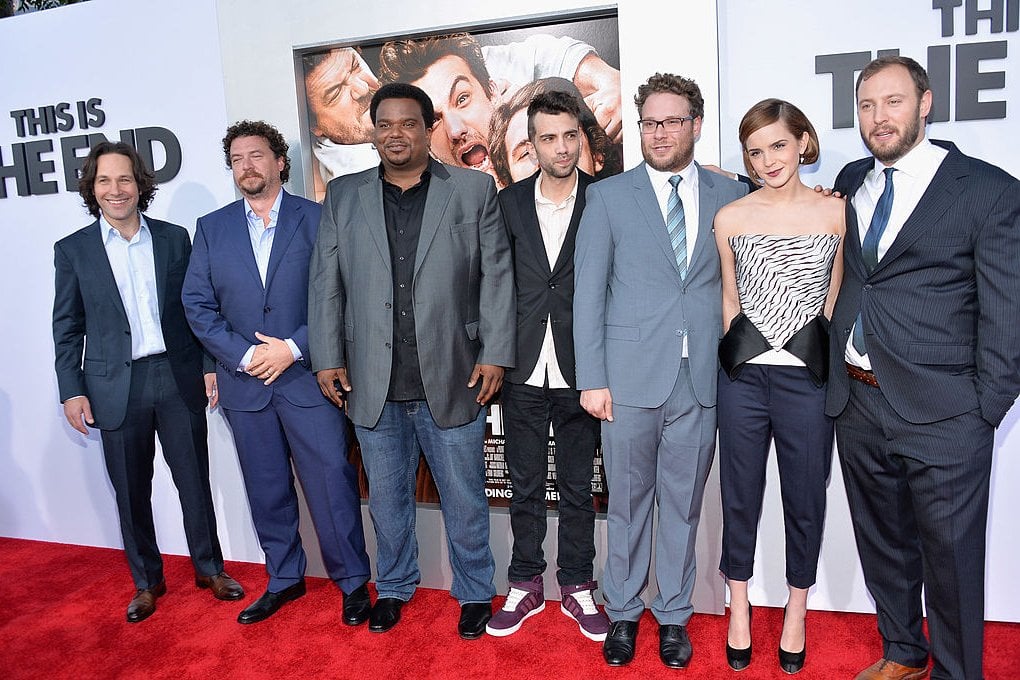 Watson leaving had allegedly made her the butt of the joke among the male actors on set, and began the enduring rumour that Watson was unable to take a joke.

In March 2021, Rogen was asked about the incident in an interview. He said it did happen, but it wasn't the end of his friendship with Watson.

He later clarified his comments on Twitter, saying he'd realised the narrative was unfairly negative towards Watson, who was simply standing up for herself and her boundaries.

"A recent interview I gave… misrepresents what actually happened," he wrote in a statement.

"Emma Watson did not 'storm off the set' and it's s***ty that the perception is that she did."

Rogen acknowledged Watson voiced her concerns the scene had changed "drastically" from what had originally been planned and they came to an agreement that she didn't have to do the scene.

In 2008, Katherine Heigl said she felt like Knocked Up, which she'd starred alongside Rogen in the previous year, was "sexist".

Following this comment, Rogen said maybe she'd been tired and "slipped" during an interview. He then said "crazy things" were "kind of her bag now," and took the opportunity to rip into her latest film The Ugly Truth.

In April 2021, actor Charlyne Yi shared her experience on set with Franco and Rogen for 2017 film The Disaster Artist.

She called Franco a "sexual predator" and Rogen someone who "enables" him.

"When I tried to break legal contract & quit Disaster Artist because James Franco is a sexual predator, they tried to bribe me with a bigger acting role," she claimed on Instagram.

"I cried and told them that that was the exact opposite of what I wanted, that I didn't feel safe working with a f***ing sexual predator."

Yi also claimed Rogen "definitely knows about the bribe and why I quit".

Michelle Macedo, who starred in 2017 Franco film Blood Heist, said Yi's statement had given her courage to share her own experience, which she says left her with PTSD.

In 2018, five women accused Franco of sexual misconduct. In January 2021, he reached a settlement in a lawsuit that alleged he intimidated his students into sexual situations.

He's also been accused of bullying on set by Freaks and Geeks co-star Busy Philipps, who recalled in her memoir being thrown to the ground by Franco.

Philipps surmised exactly why she - and many other women - did not immediately speak out when they found themselves in such scenarios.

"That's how a boys' club works. I already knew there was no sense in trying to express to Judd and Paul [Fieg] how humiliating it had been on set. How James continuously made me uncomfortable and got away with," she wrote in her memoir This Will Only Hurt a Little.

"I was a girl who could work within the incredibly sexist system that was set up, a girl who could take it. Men love a woman who laughs at the joke, especially if the joke is at her expense.

"No matter what, I was working in a boys' club, and that's just the way things were." 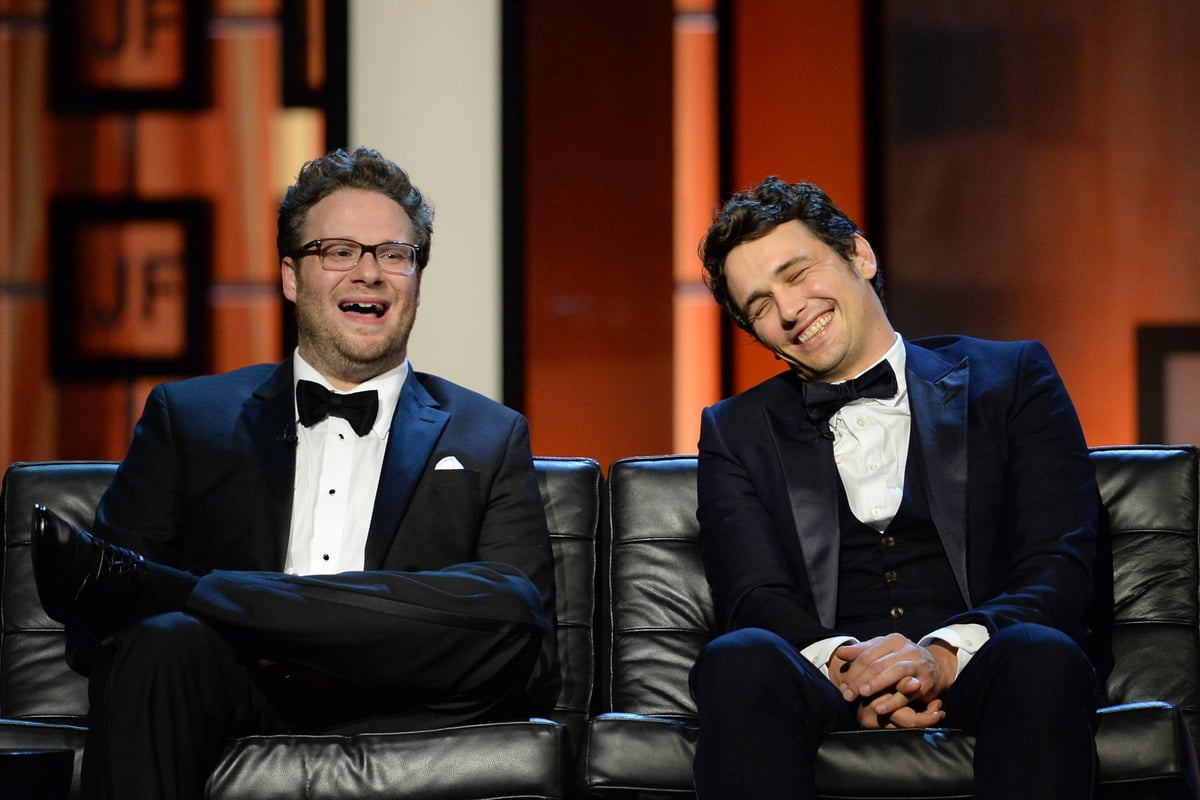 Many of these stories are not new, yet the 'frat pack' on-set antics and toxicity continued for years and years.

This particular 'frat pack' may have disbanded now, at least professionally.

In a May 2021 interview with The Sunday Times about his memoir Yearbook, Rogen addressed the allegations against Franco and said he regretted a joke he'd made on Saturday Night Live in 2014 after Franco, then 35, was reportedly caught messaging a 17-year-old girl on Instagram.

"I posed as a girl on Instagram, told him I was way young. He seemed unfazed. I have a date to meet him at the Ace Hotel," Rogen joked on SNL.

Rogen told The Times he would never cover up for an abuser, as he was accused of doing by Yi a month earlier.

"What I can say is that I despise abuse and harassment and I would never cover or conceal the actions of someone doing it, or knowingly put someone in a situation where they were around someone like that," he said.

"However, I do look back at a joke I made on Saturday Night Live in 2014 and I very much regret making that joke. It was a terrible joke, honestly."

Seth Rogen’s stoner comedies defined the Noughties — but their jokes about sex and women make for uncomfortable viewing. What does he think of them now? @DeccaJourno finds out. https://t.co/kL5YMEqb8t

He also reflected on a 2018 interview he did with Vulture, where he said he would still work with Franco in the future and said his feelings had changed.

"I also look back to that interview in 2018 where I comment that I would keep working with James, and the truth is that I have not and I do not plan to right now."

Franco and Rogen had planned to work together in 2018 as executive producers on upcoming Hulu series Pam & Tommy, but Franco had exited the project by December 2020.

Rogen's comments are a start. He is right to condemn Franco, but there are still plenty of men who have enjoyed success within this group who have remained quiet.

The frat pack are also still not openly discussing the damage caused by the environments they allegedly created on set or addressing the intimidation women experience when toxic masculinity is celebrated - something they were all a part of, consciously or not.

For decades, various 'frat packs' have provided intrigue and entertainment to fans, but hopefully, we're wiser now to the problems that may exist beyond the jokes.

This article was originally published on April 13, 2021 and has been updated.