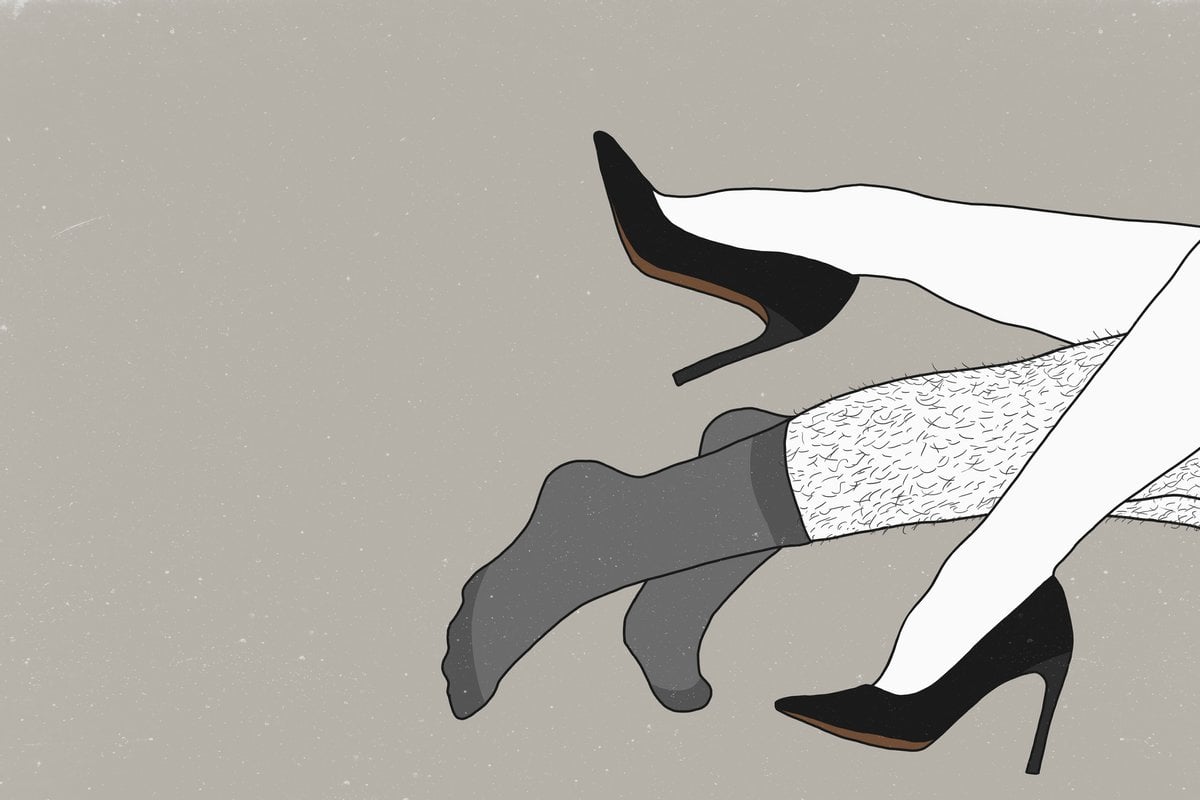 When I was dating, I often slept with multiple men around the same time.

Of course, sleeping with numerous men while dating is pretty normal, but women rarely talk or write about it. Why? Because there’s a massive stigma around it.

We still expect women to only have sex for love, and if it’s anything outside of that, it makes us uncomfortable.

Basically, we shame women into silence, and they pretend orgasms only come from Prince Charming.

When I first began dating, I was always monogamous to one person, no matter how casual the relationship was. Even when they made it quite clear that they were sleeping with other people.

Meanwhile, I felt guilty if I even kissed another guy!

Eventually, I got into the pattern of dating multiple people at once because it meant I didn’t get super invested in someone after one date.

I was less likely to spend all day waiting for a text back if I was texting multiple people, and it helped me keep a clear head about the whole thing.

But I still found the idea of sealing the deal with someone while still dating someone else weird. I suppose it made me feel like I was cheating because I grew up on a diet of romantic comedies and romance novels.

The Twilight series didn’t leave much room for casual dating or sex conversations.

Interestingly, despite the fact the men I was dating weren’t behaving like male leads - I mean, some of them even pretended to be allergic to condoms - I still felt this pressure to act like a female lead in a romantic comedy.

No female heroines were pursuing their own self-pleasure while trying to find love.

Still, the more comfortable I got with dating, the more I realised I was depriving myself.

Plenty of my friends were dating and experiencing multiple sexual partners and just having lots of fun.

They were also opening themselves up to new sexual experiences.

Meanwhile, I was waiting for an awkward text message to end my situationship, so I could consider sleeping with someone I was starting to like.

If I’m being frank, I was worried that if I pursued multiple sexual partners, it would make me a slut.

Logically, I realise how silly that is, and I actually believe the word 'slut' is a social construct. Men use that word to stop women from exploring their sexuality and to shame them.

But socially, I had been conditioned to believe that was the worst thing you could be as a woman.

It wasn’t the girl with the most sexual experience getting the guy at the end of the film, was it? It was the virgin. Clueless and Coyote Ugly, anyone?

Luckily, I have a best friend who has always had a very liberal and empowering view about sex.

He was the one that cornered me over cocktails and asked, "Do you think if you sleep with lots of people, you’ll be unworthy of love?"

It was an intense question, but the answer was yes. Sure, I wasn’t willing to remain a virgin, but there was some messed up part of me believing that I should keep my number sexual partner low and stay almost somewhat pure.

After that conversation, I decided that I wouldn’t stop myself from having sex with someone because I was worried it would somehow soil my reputation; I needed to get out of the mindset that less sexual partners would somehow give me more of a chance at love.

It was incredibly liberating; I was able to date different people, experience casual sex, and finally, feel like I was in charge of my sexual adventures.

Honestly, it was also really helpful sometimes to be experimenting with two different men around the same time.

It meant I could compare what sex was good and what was lacklustre. It also helped me separate love from sex.

I no longer had sex, hoping they’d magically fall in love with me. I was finally having sex on my own terms.

Also, sex between two consenting adults can just be for fun and I was always honest with the men I was seeing that I was also seeing other people.

Now, this new approach didn’t exactly mean my dating life became a non-stop sex parade. But it did mean that I was starting to go with my instincts rather than making decisions based on my own internalised shame.

Now, of course, multiple partners aren’t for everyone. But if you are depriving yourself of experiencing multiple people because you're worried you’ll think less of yourself, or people will think less of you, you need to take a deep breath and remember your sexuality is yours and something you should explore on your own terms.

You need to ask yourself what feels good for you? And what do you want? These are really tough questions to answer, but they are worth answering. I know once I did; I ended up having more sex and more fun!