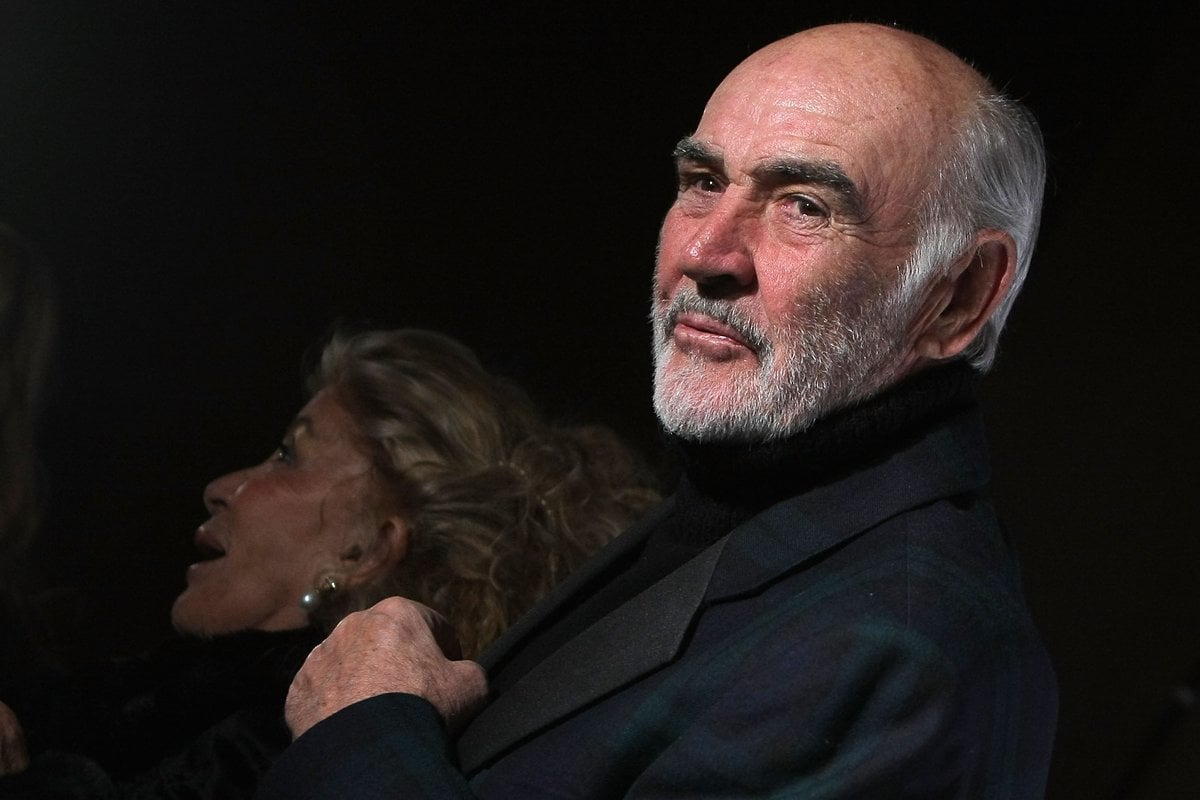 Content warning: This story contains descriptions of domestic violence, and may be distressing for some readers.

The Scottish movie star died in his sleep, leaving behind his wife of 45 years, Micheline Roquebrune.

Roquebrune, 91, paid tribute to her "gorgeous model of a man", sharing that he had been diagnosed with dementia.

"It was no life for him. He was not able to express himself latterly. At least he died in his sleep and it was just so peaceful. I was with him all the time and he just slipped away. It was what he wanted," she said in a statement.

"He had dementia and it took its toll on him. He got his final wish to slip away without any fuss."

Instantly, the world offered its condolences.

For decades, Connery had been a legend of the acting world: perhaps best known as James Bond, he also won an Academy Award for The Untouchables, plus two BAFTAs and three Golden Globes during his career.

"He was and shall always be remembered as the original James Bond whose indelible entrance into cinema history began when he announced those unforgettable words - 'The name's Bond... James Bond'," they said.

Hugh Jackman called Connery a legend "on screen, and off".

Current James Bond, Daniel Craig, said Connery was "one of the true greats of cinema".

"Sir Sean Connery will be remembered as Bond and so much more. He defined an era and a style. The wit and charm he portrayed on screen could be measured in megawatts; he helped create the modern blockbuster," Craig said.

Sir Sean Connery will be remembered as Bond and so much more. He defined an era and a style. The wit and charm he portrayed on screen could be measured in mega watts; he helped create the modern blockbuster.

Sean Connery was a legend, one of the greatest actors of all time. He provided endless entertainment for all of us & inspiration for me. I’m not just saying that because he was a bodybuilder who placed in the Mr. Universe contest! He was an icon. My thoughts are with his family.

I grew up idolizing #SeanConnery. A legend on screen, and off. Rest In Peace. pic.twitter.com/OU9QEy5fTB

Every day on set with #SeanConnery was an object lesson in how to act on screen. But all that charisma and power- that was utterly unique to Sean . RIP that great man , that great actor . https://t.co/W8MQrFYlJ0

Sir Sean Connery, you were my greatest James Bond as a boy, and as a man who became James Bond himself. You cast a long shadow of cinematic splendor that will live on forever. You led the way for us all who followed in your iconic foot steps. Each man in his turn looked to you with reverence and admiration as we forged ahead with our own interpretations of the role. You were mighty in every way, as an actor and as a man, and will remain so till the end of time. Your were loved by the world, and will be missed. God bless, rest now, be at peace.

Whether they had worked with Connery or simply looked up to him as an actor, the message from Hollywood was consistent: He was a great, influential and charismatic star who commanded the respect of his peers.

But Sean Connery's off-screen persona also requires a less comfortable conversation about his attitude towards domestic violence, and the allegations of his ex-wife, Australian actress Diane Cilento.

In 1965, Connery made these comments in an interview with Playboy:

"I don't think there is anything particularly wrong about hitting a woman - although I don't recommend doing it in the same way that you'd hit a man. An open-handed slap is justified - if all other alternatives fail and there has been plenty of warning. If a woman is a b*tch, or hysterical, or bloody-minded continually, then I'd do it."

More than two decades later, in a 1987 television interview, journalist Barbara Walters read Connery's words back to him.

"I haven't changed my opinion," he told her. "I don't think it's good, I don’t think it's that bad. I think it depends entirely on the circumstances and if it merits it."

A reminder for all of you who are honoring Sean Connery.

He was 57 years old when he gave this interview with Barbara Walters. pic.twitter.com/LIIBqSWwgj

Walters asked what would merit it, in his opinion.

"If you have tried everything else - and women are pretty good at this - they can’t leave it alone. They want to have the last word and you give them the last word, but they're not happy with the last word. They want to say it again, and get into a really provocative situation, then I think it's absolutely right," he replied.

In 1993, he repeated similar claims once again: "There are women who take it to the wire. That's what they are looking for, the ultimate confrontation. They want a smack," he told Vanity Fair. 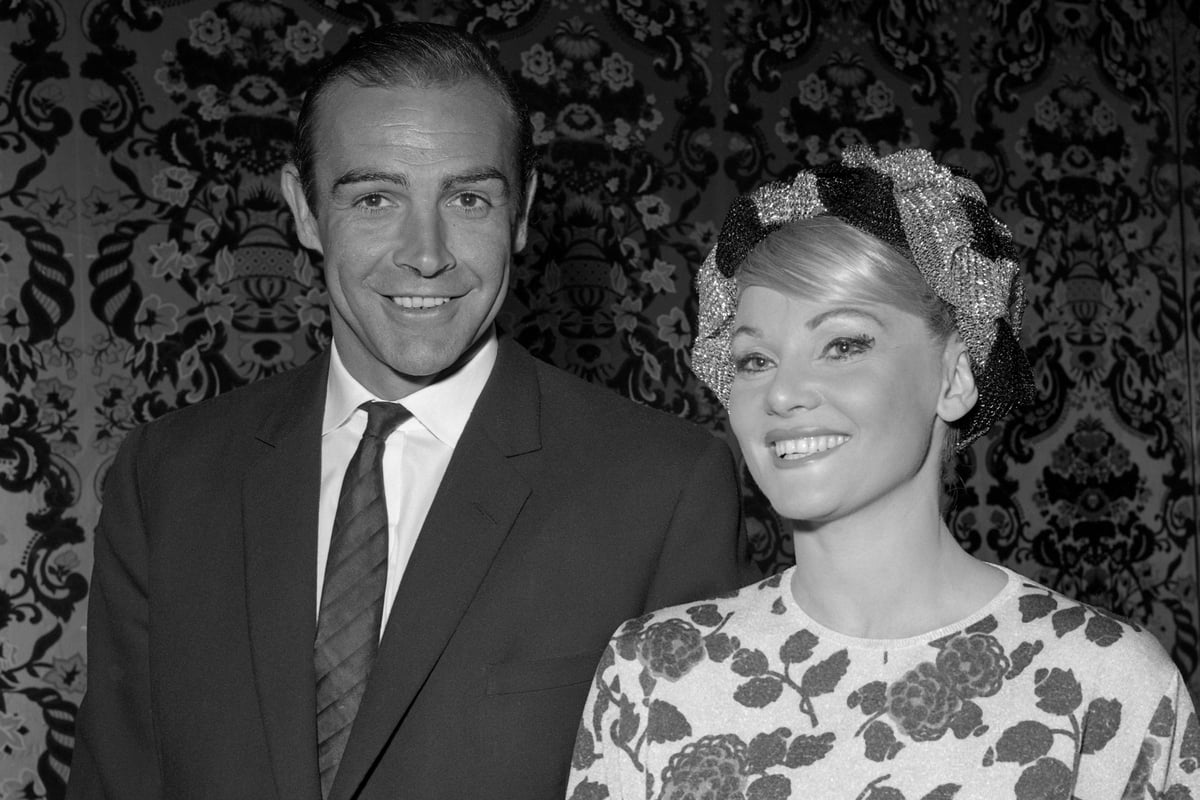 In her 2006 biography, Cilento alleged Connery had abused her mentally and physically during their relationship - something he denied.

She told the Daily Mail she was knocked unconscious one night after they'd attended a wedding together in 1965.

"Once inside our room in the darkness, I felt a blow to my face and was knocked to the floor and passed out for a few seconds. Then I was screaming, we were both shouting. I got to my feet and tried to fight back, but another blow sent me flying," Cilento claimed.

"I managed to get through the bathroom door and locked myself in. I spent the rest of the night sprawled on the bathroom floor, covered with towels, whimpering."

Soon after, Connery postponed an appearance at the Scottish Parliament and finally said he had changed his view, according to an article in The Times, also claiming his earlier comments had been taken out of context.

In 1970, Connery met French-Moroccan artist Roquebrune at a golf course. They married in 1975, and besides a highly publicised affair with singer Lynsey de Paul in the late 80s, all accounts describe a long and happy marriage.

De Paul, who died in 2014, told the Evening Standard in 1992 she was horrified to discover Connery's comments about women.

"I wasn't aware of Sean's violent side when I was with him, but I was quite horrified when I read that he had said it was okay to hit a woman," she said at the time. 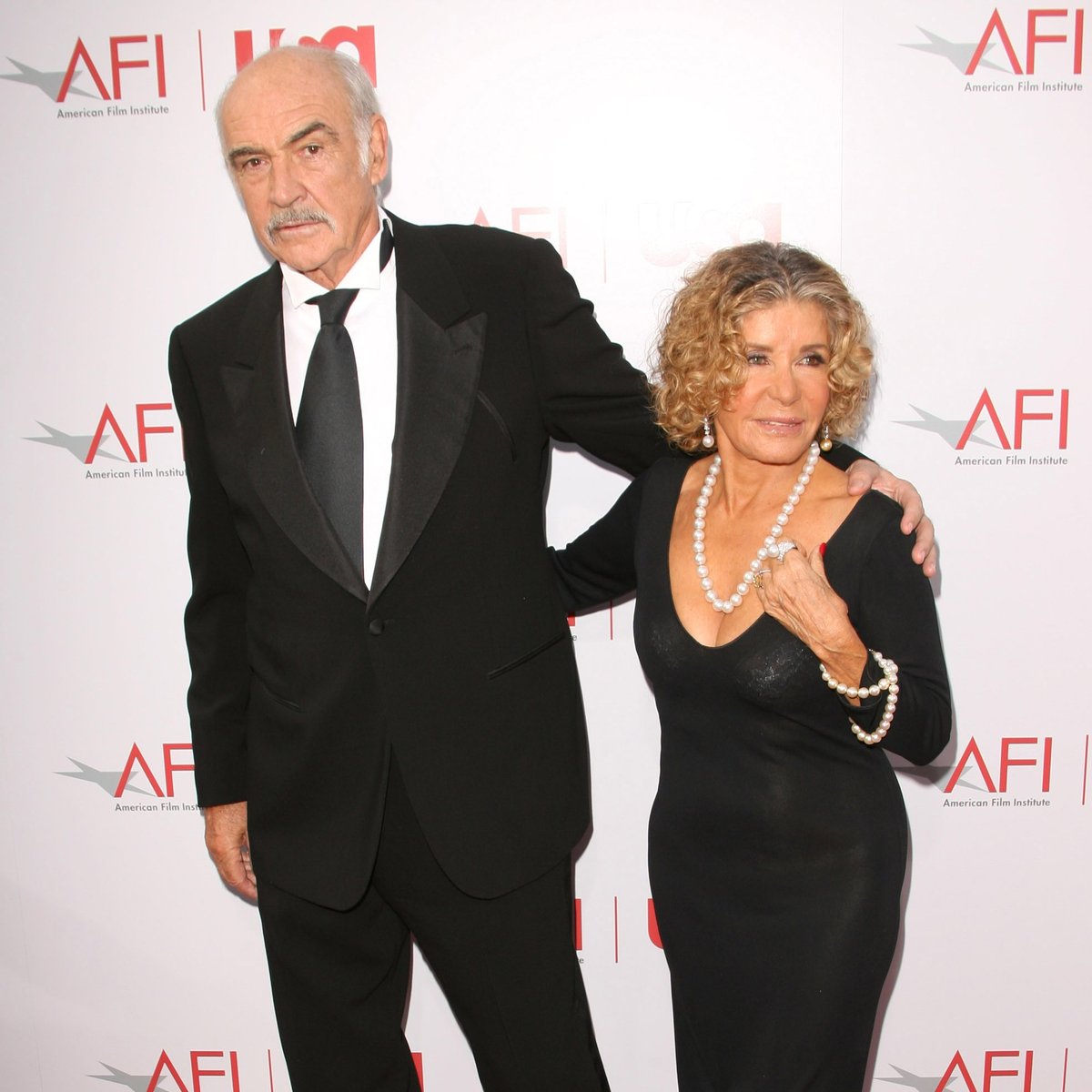 Anyone who has pointed out these facts or allegations on social media following Connery's death has invariably been met with calls of 'too soon', or 'respect the dead'.

"Were you there?" they ask.

"It was decades ago, he was a product of the time," they say.

The thing is - all of this can be true. Multiple truths can and do exist.

Sean Connery was an incredibly accomplished and talented actor. He will be remembered by millions for the entertainment he brought them.

He could have been a loving and devoted husband to Roquebrune, a great father to his son Jason (whose mother was Cilento), and a fantastic friend and mentor to his friends and colleagues over the years.

This does not invalidate the harm caused by the disturbing comments he made about domestic violence, at multiple moments across 40 years, all before facing allegations of abuse himself.

To ignore and avoid this would be doing a disservice to so many; Cilento, who passed away in 2011, others who have suffered in domestic violence situations, those who knew Connery and indeed, his own memory too.

Because to do so would present an incomplete narrative.

We must remember people fully. The good, the bad and the terribly ugly.