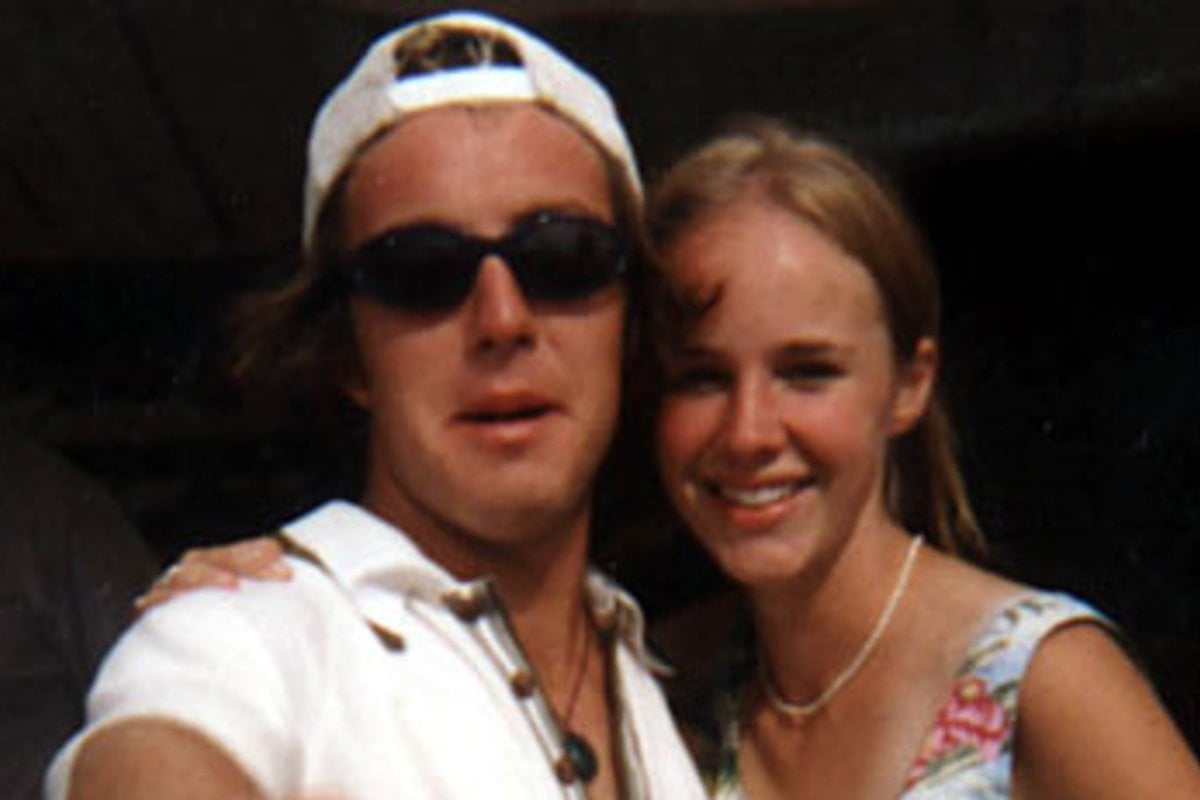 It was the early hours of News Year's Day 1998, when Olivia Hope and Ben Smart climbed onto a stranger's boat.

It would be the last moment the two friends were ever seen alive.

A moment that would be re-examined over and over again, in one of the most high-profile and hotly contested murder investigations New Zealand has ever seen.

The night before, 17-year-old Olivia and 21-year-old Ben had been bringing in the New Year at Furneaux Lodge in The Marlborough Sounds, a holiday spot on the northern end of New Zealand’s south island.

The two friends were one of over 15000 people who partied at the lodge, which was only accessible by boat.

Listen: to this week's True Crime Conversations delve into the case. Post continues.

After the clock struck midnight and the party started to wind down, Olivia and Ben decided to head to bed, making their way to a chartered yacht called the Tamarack, which Olivia, her older sister and friends had booked.

But when they arrived on the Tamarack, they discovered their beds had been taken by "freeloaders".

In search of somewhere to sleep, they decided they would head back to the mainland.

The pair boarded a water taxi which arrived at the Tamarack to drop off Olivia's sister, Hope, and a friend, Rick Goddard, who had been partying back on the mainland.

On board was a couple and a 'mystery man'.

During the trip, the mystery man invited Olivia and Ben to stay on his boat overnight.

Needing a place to sleep now that it was well into New Year's Day they accepted, and the water taxi driver, Guy Wallace, dropped the three of them off at what he later described as a two-masted ketch.

As Wallace drove off, Olivia wished him a 'happy New Year'.

Olivia and Ben haven't been seen or heard from since.

The following day, on January 2, 1998, Olivia and Ben's parents reported the pair missing.

The local police began looking into the case and interviewing witnesses. Days later, Detective Inspector Rob Pope arrived from Christchurch to take over what was now known as Operation TAM.

During his interviews, Wallace told police about the mysterious man and his two-masted wooden ketch, which he described as being 38-40 feet long, with portholes, a blue stripe running along the hull, and featured rope work around the rear.

He also described the man as being unshaven with medium-length, wavy hair. As did witnesses at a local bar. 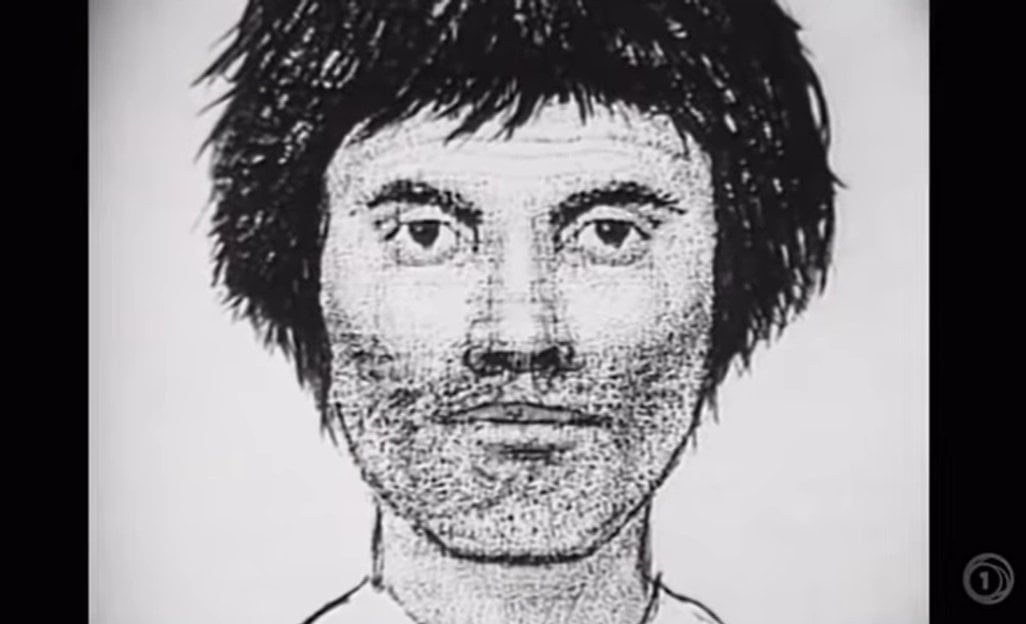 By January 11, Pope had narrowed in on a person of interest; a local man by the name of Scott Watson.

While Watson did have a police record from his teenage years, he hadn’t had a brush with the law in a long time.

Unlike witness statements, Watson was clean shaven and had short hair on the night in question.

He also owned a 26-foot single-masted steel sloop, not a two-masted wooden ketch. His boat, named Blade, had no portholes, no blue stripe and no rope work near the rear.

Despite numerous people describing the two-masted wooden ketch, Pope concluded he was "fairly certain" the boat did not exist.

The police then lifted Watson’s yacht from Waikawa marina and transported it to Woodbourne Air Force base for examination. They also searched Watson’s parents and sister's home.

In June 1998, five months after Olivia and Ben's disappearance, Waston was arrested. 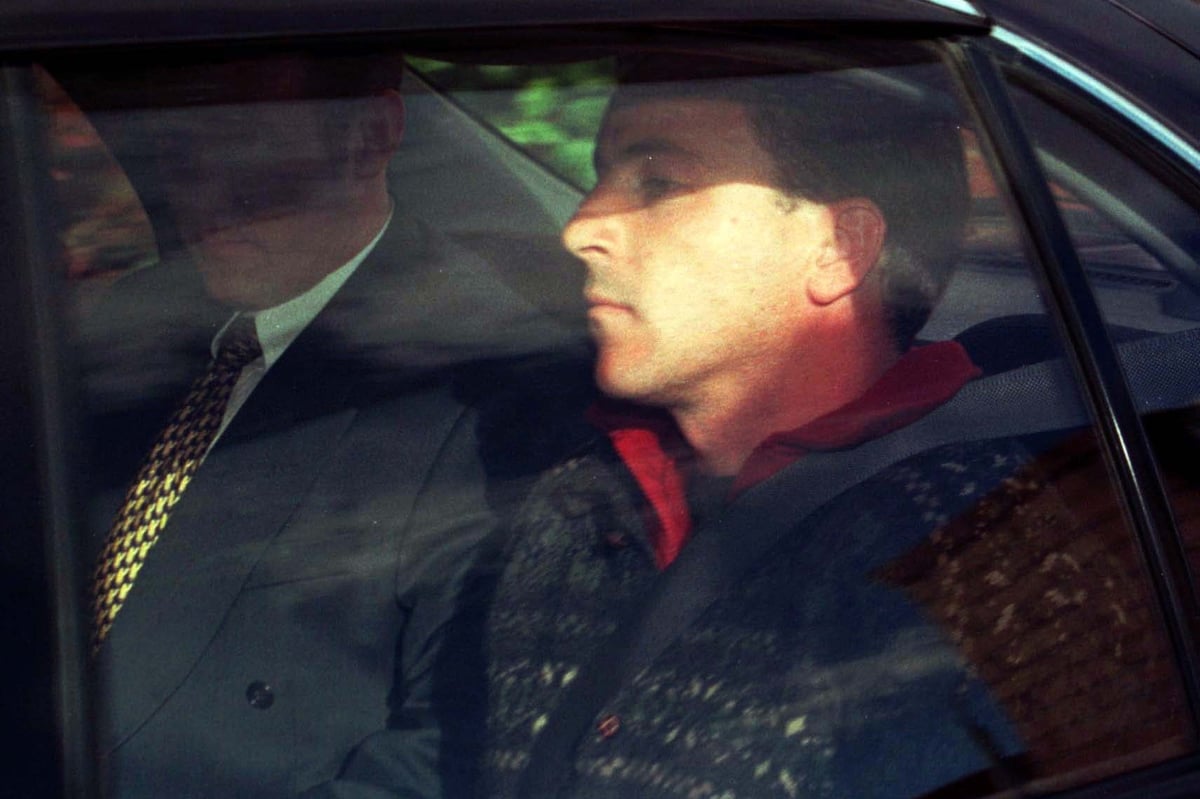 After a long drawn-out court case, Watson was found guilty and sentenced to life in prison with a non-parole period of 17 years. He remains behind bars today.

The bodies of Olivia and Ben were never discovered, and in the decades since the case was tried, doubt has lingered over the evidence that put Watson in prison.

Here are the clues that remain contentious:

One of the most controversial parts of the case is the two-trip theory.

Another water taxi driver said he took Watson to his boat in the early hours of New Year's Day. Watson told police he believed this was "about 2am. I'm not exactly sure", according to Stuff.

The Crown took Watson's estimate as accurate and claimed he then made his way back to shore. They then claimed he took the water taxi back to his boat around 4am with Olivia and Ben.

However, Watson says he never made two trips.

Around 3am, Watson was known to be in an altercation with young people.

Speaking to Mamamia's True Crime Conversations podcast, journalist Mike White said, "In hindsight, Watson says, 'well, yeah, maybe I was there at 3am and maybe I go back on my own to my boat after three'.... But he says, 'I certainly didn't make two trips'."

"It's really difficult to understand how he could have made two trips," said White.

"Essentially, he has to go back from his boat, back to Furneaux Lodge, in order to be there at 4am to catch the water taxi that Ben and Olivia eventually get on. Now, there's no witnesses... 1500 people were there and nobody remembers seeing Scott Watson go back from his boat to shore.

"So the Crown couldn't find any evidence that he actually did this. But in the end, they told the jury does it matter? And that's kind of worrying for me... To this day, there's no evidence that Scott Watson actually did make a return trip from his yacht to Furneaux Lodge, other than the police claim that he must have."

Another contentious part of the investigation was the photo used to identify Watson as the "mystery man".

Police initially showed Wallace a photo of Watson, who he denied was the man he saw on the boat.

However, police later showed Wallace a photo of Watson with his eyes half closed in a montage of eight photos.

"Importantly, and perhaps not coincidentally, this matched the description of some people of the mystery man - the man last seen with Ben and Olivia - as having hooded eyes," White told True Crime Conversations.

Wallace said the photo did resemble the man, but he had longer hair and an unkempt appearance.

Another potential witness also pointed out the hooded-eye photo but insisted the man had longer hair.

"None of the other people in the montage were caught in a blink with their eyes half closed and so this is a very contentious part."

The scratches on Watson's boat.

Forensic examination of Watson's boat found what was said to be scratch marks on the foam rubber inside a hatch on the boat.

Police claimed the marks were a sign Olivia had desperately tried to scratch at the hatch to try and open it while she was trapped on the boat.

There was just one problem with that evidence.

"If you actually opened the hatch, the scratches went right to the edge of the foam. In places where when it's closed, you couldn't have reached... so the scratches must have been made when it was open," said White.

"Now that makes no sense. Why is Olivia scratching the hatch cover when it's open? What's more, the hatch couldn't be locked. There was no way of keeping it closed."

Watson’s family claim the scratches were made by his young nieces while they played on the boat.

The hair on the blanket.

A crucial element that led to Watson's arrest was the discovery of two blonde hairs on a blanket inside Watson's boat.

ESR scientists recovered around 400 hairs on the blanket, but on the first examination in January, no blonde hairs were found.

But some complications have been pointed out.

"On the same day, in the same laboratory, on the same bench, she [an ESR scientist] had been examining reference hairs of Olivia's that had been taken from her bedroom. So there's an argument that possibly there was some kind of mistaken contamination," said White.

"Further complicating it, is that the bag that held these hairs had a slit in it... which she [the scientist] couldn't explain. She suggested, well, maybe I cut it with the scissors when I was opening the packet. So again, that leads to accusations that perhaps some of the hairs slipped out by mistake."

Watson has remained in prison the last 24 years. He has been denied parole four times.

During that time, White says "he has never resolved from his claim that he's absolutely innocent, that he never met [Olivia and Ben] at Furneaux Lodge, they never came back to his boat. And he certainly didn't kill them."

Wallace, the taxi boat driver, was also adamant that police got the wrong man up until his death last year. Since the trial, his opinion had changed. As has that of another key witness.

"They feel that they were duped and they help send an innocent man to prison," said White.

The New Zealand public is split on the case.

A 2002 poll found that 59 percent people believed Watson was guilty. By 2007, that figure had dropped to just 42 percent.

Over the last two decades, Watson has continued to try to challenge his conviction.

He submited an appeal to the Court of Appeal which was rejected in 2000. Three years later, he was rejected again by the Privy Council in England in 2003.

Watson has also made two applications for the Royal prerogative of mercy, which White says "is your last-ditch attempt at having your conviction looked at again".

The first application was turned down in 2013 but the second was accepted in 2020 on the basis there was concerns about the two hairs found on Watson's boat.

In August, his case will return to the Court of Appeal in New Zealand.

"[Watson] also wants to include evidence about the blink photo...about the montage, and the identification that Guy Wallace gave that he was the mystery man on the boat. The court is considering whether they're going to accept that or whether they will just be dealing with the issue of the two hairs.

"If the Court of Appeal finds that his application is valid, then they can do a number of things; they can send it back for another trial [or] they could conceivably quash the conviction and suggest that there isn't another retrial."

Regardless of the outcome White says one thing is for certain.

"We haven't heard the last of this case."